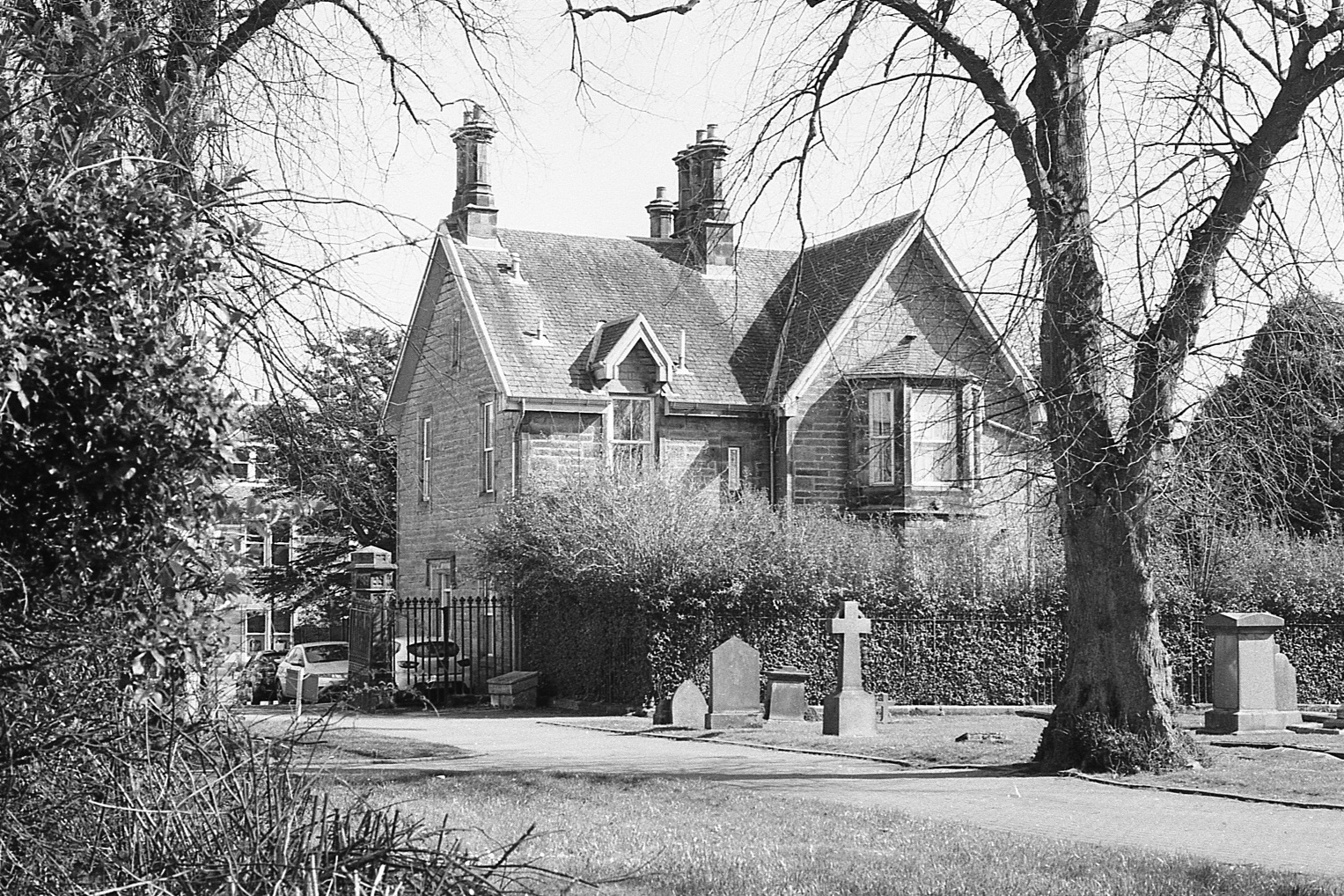 All new film and… all new camera! It’s all-change on the camera front, but more about that in a future post. For now this post is about a new film test: Kentmere 100. Kentmere is an offshoot of Ilford, my usual go-to film manufacturer, and it’s cheap price has it firmly aimed at the budget end of the market. 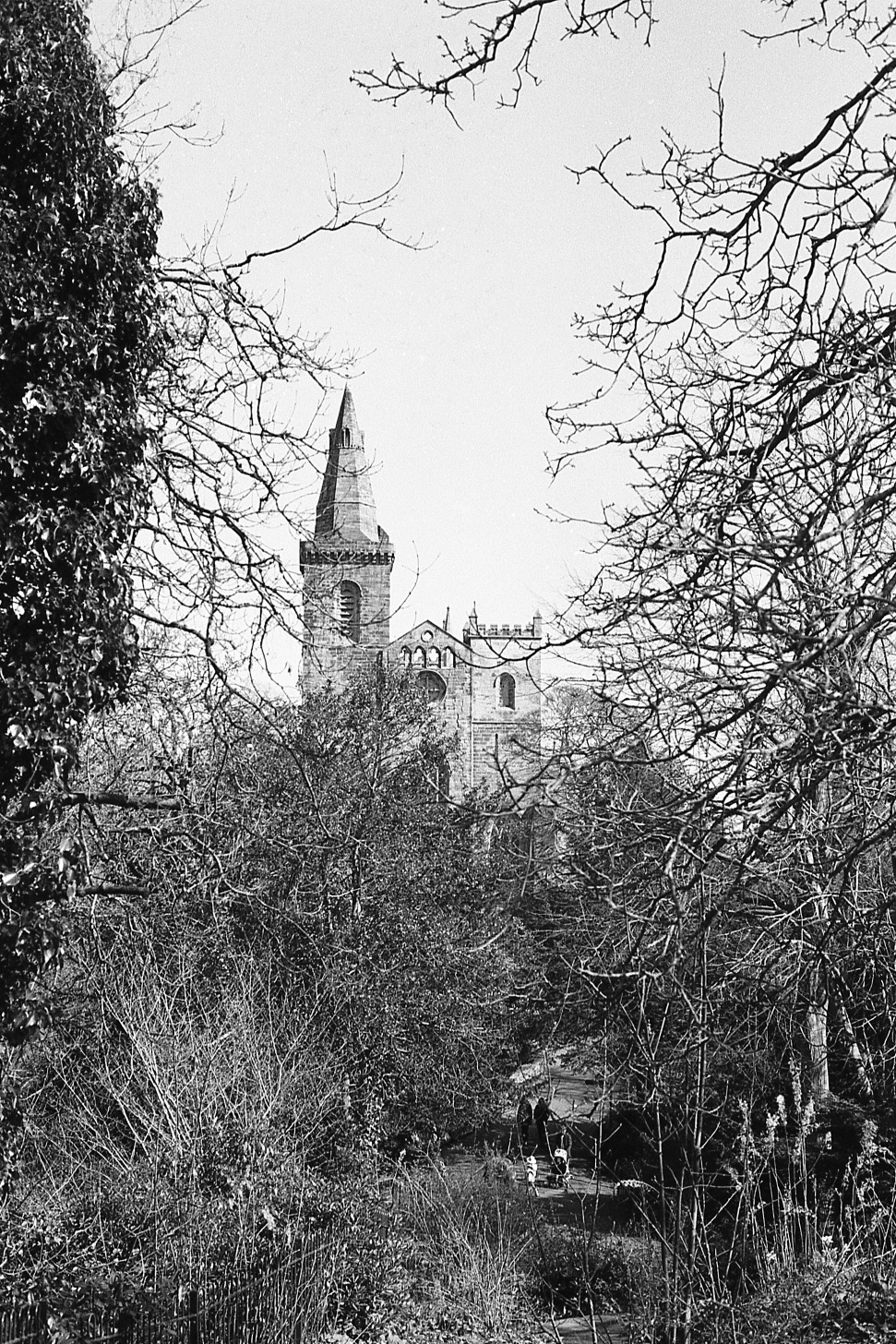 I’ve used Kentmere before, specifically their ISO 400 black and white film. It’s price is very appealing but it’s distinctly grainier than the HP5+ equivalent from Ilford. 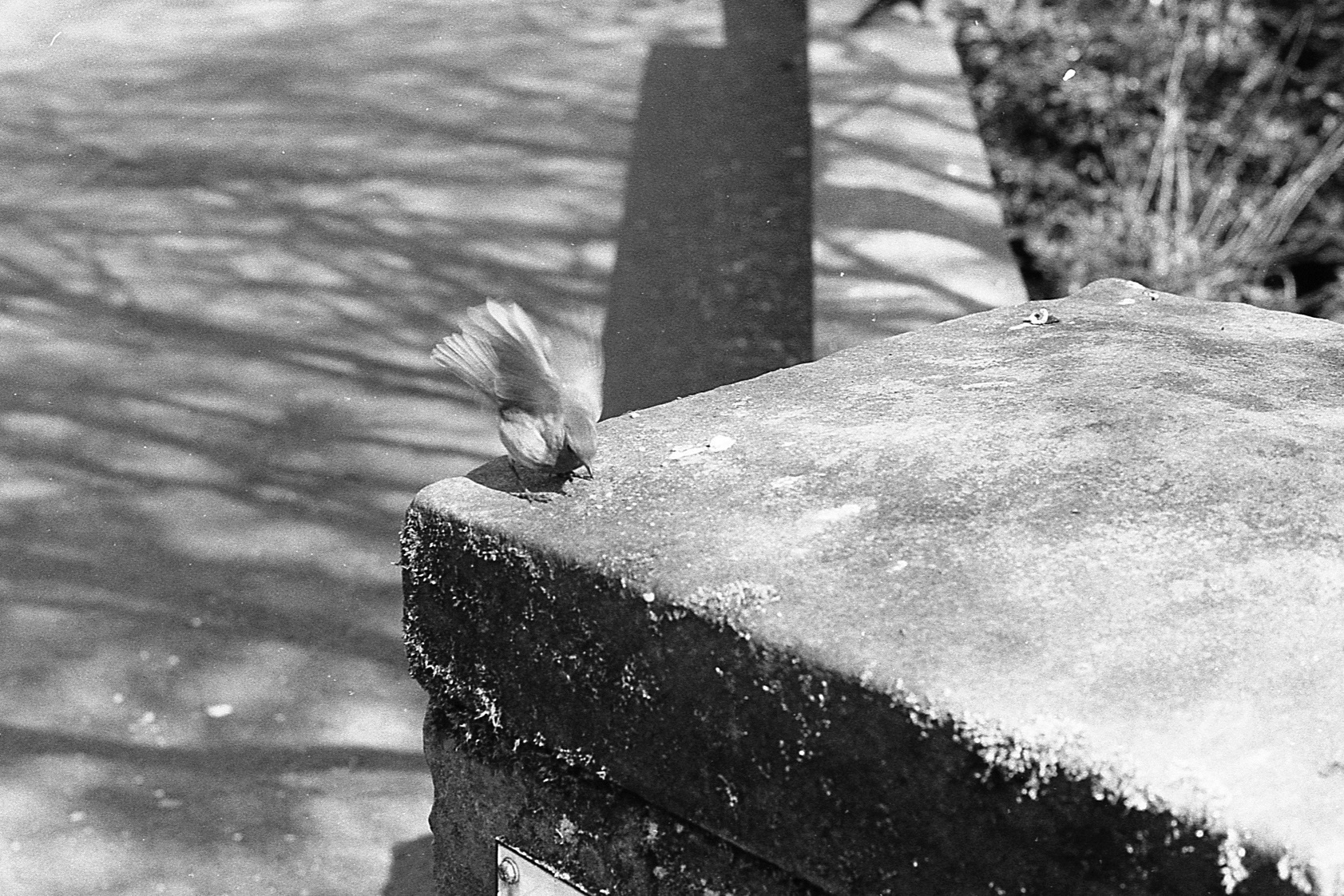 What I have never used before is their ISO 100 film. I decided to buy a few rolls to check it out, and here’s the results from the first roll. A whizz round Pittencreiff Park & Dunfermline on a fine spring day is just the ticket. 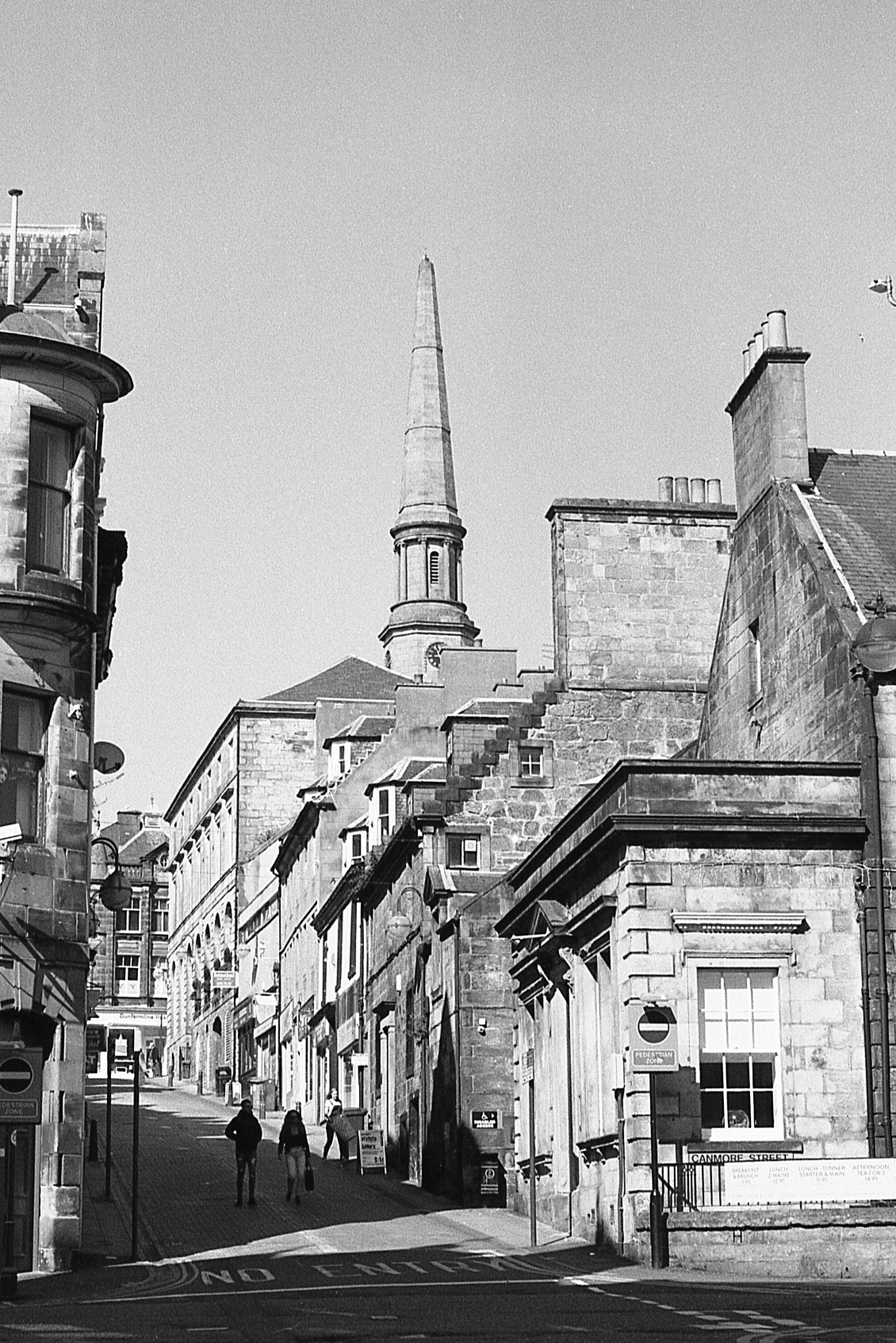 And the result is that I’m pleasantly impressed by this film. Even though it’s ISO 100 I was expecting more grain, in keeping with their 400 variety, but grain levels are not too bad at all. Certainly higher than Pan F or FP4+, but still very acceptable. Overall I would consider using this film again, moreso than the 400, for sure.