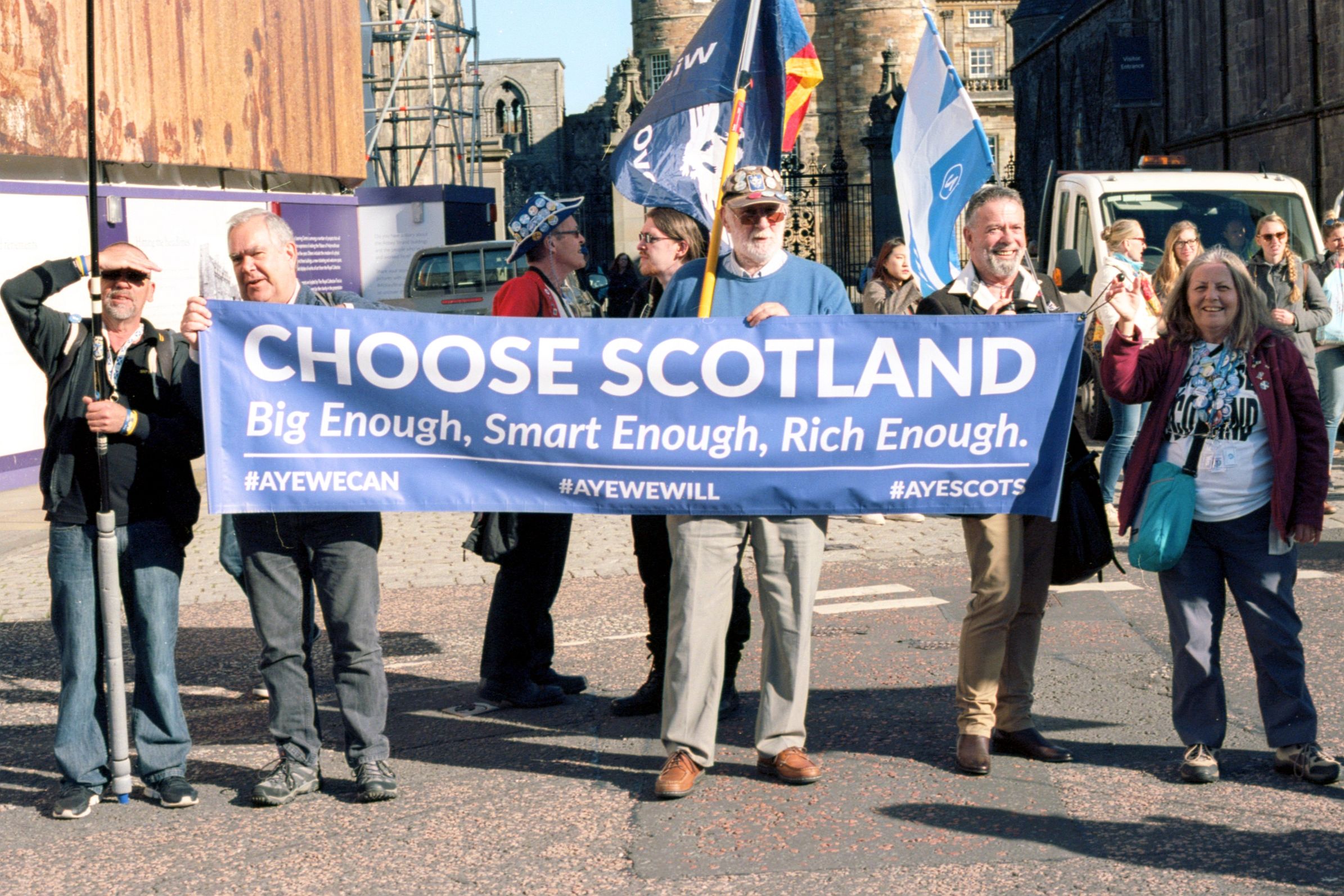 All Under One Banner have been organising marches to support Scottish independence for a couple of years now. Glasgow marches were particularly well attended, however in the summer of 2018 the AUOB organisers announced a march through the centre of Edinburgh, destined to be the largest one yet. 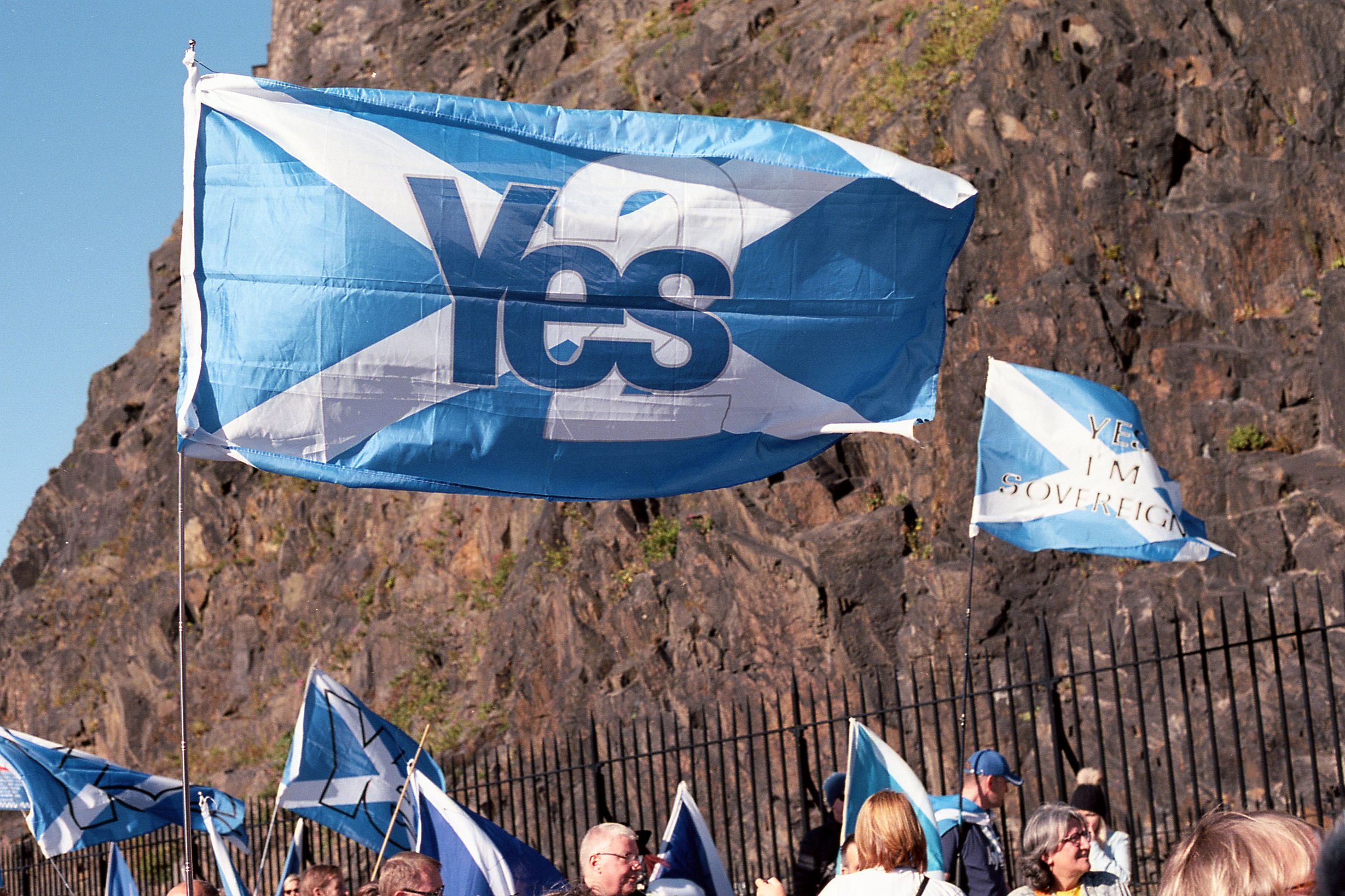 The weather promised to be a lovely and sunny, so I grabbed a bunch of Ektar 100 colour film and a Canon 300V SLR. Ektar is my favourite colour film, sure to be vibrant enough to bring out the best in the colourful flags and banners. 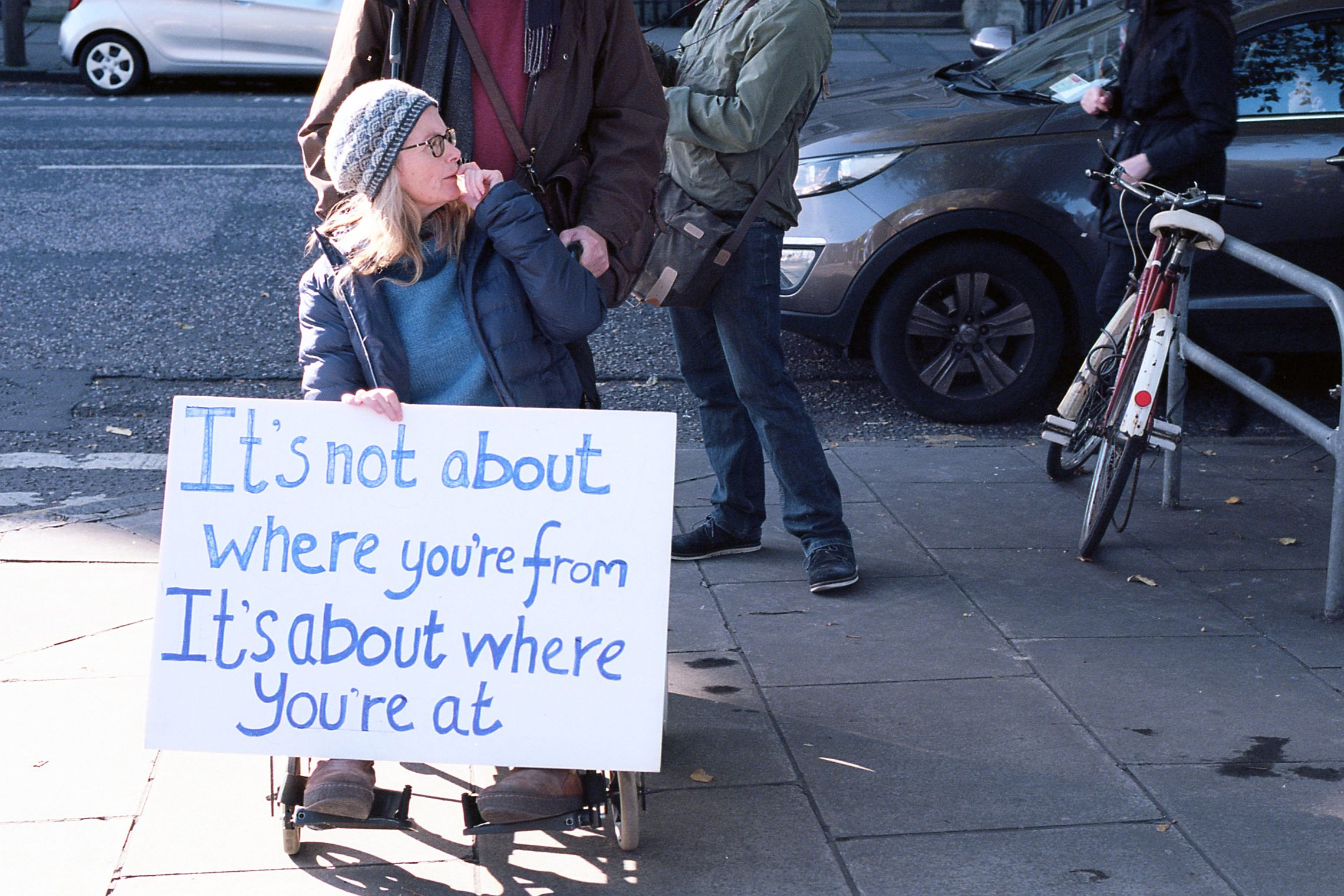 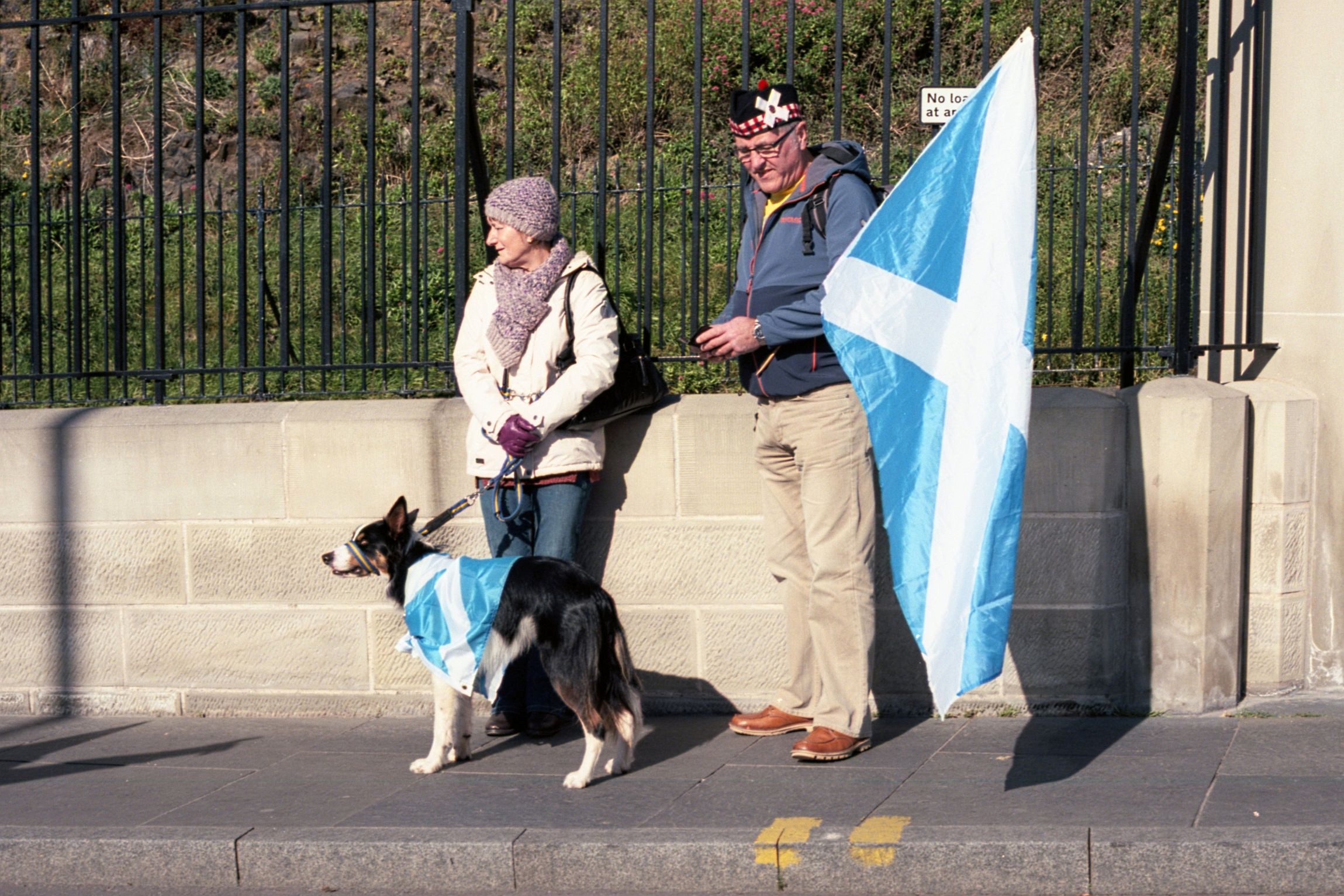 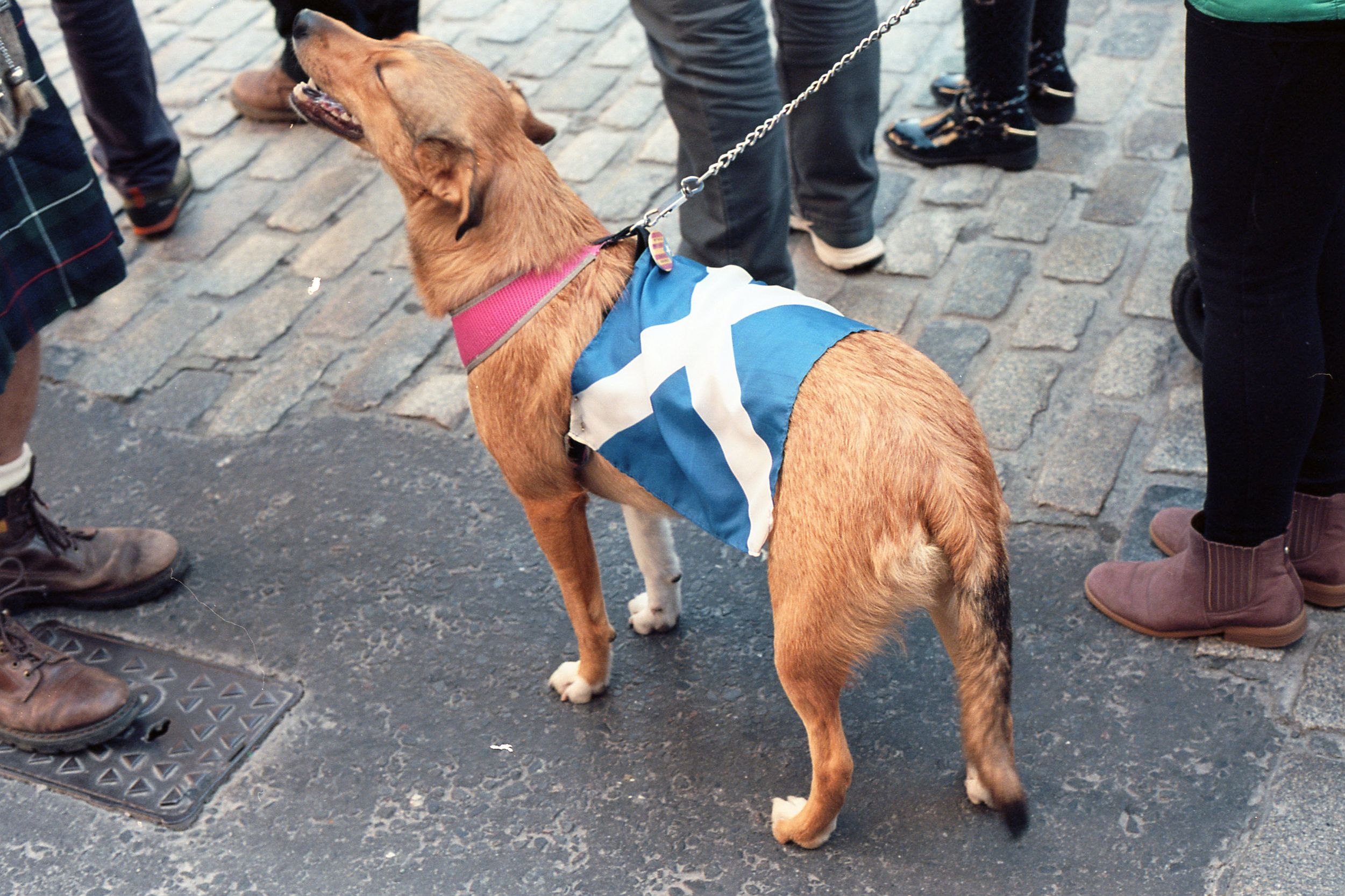 The march started at the foot of the castle, where the crowds assembled and unfurled the flags. Plenty of pipers too, of course, and lots of indy-supporting groups with their banners on display. 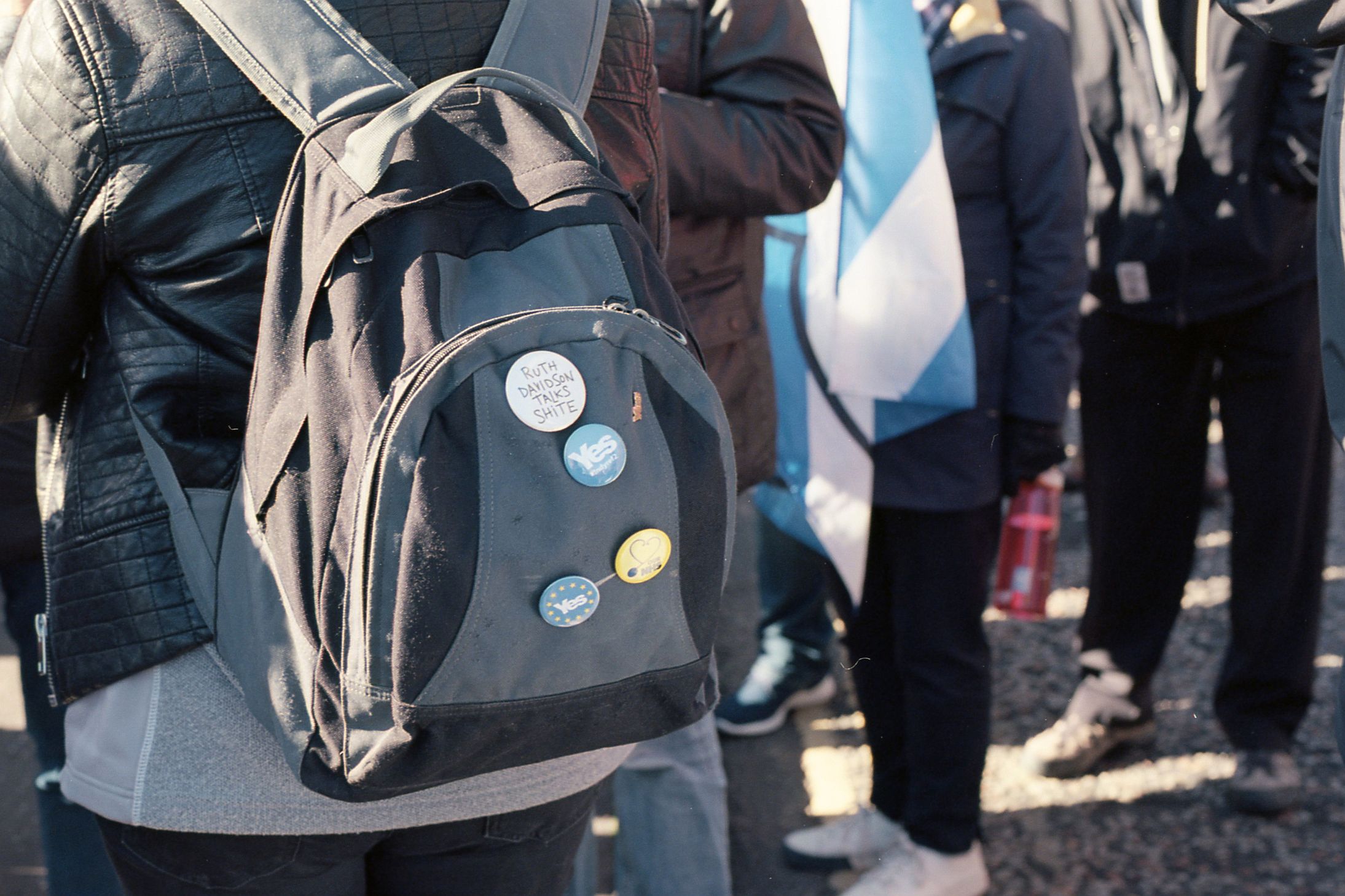 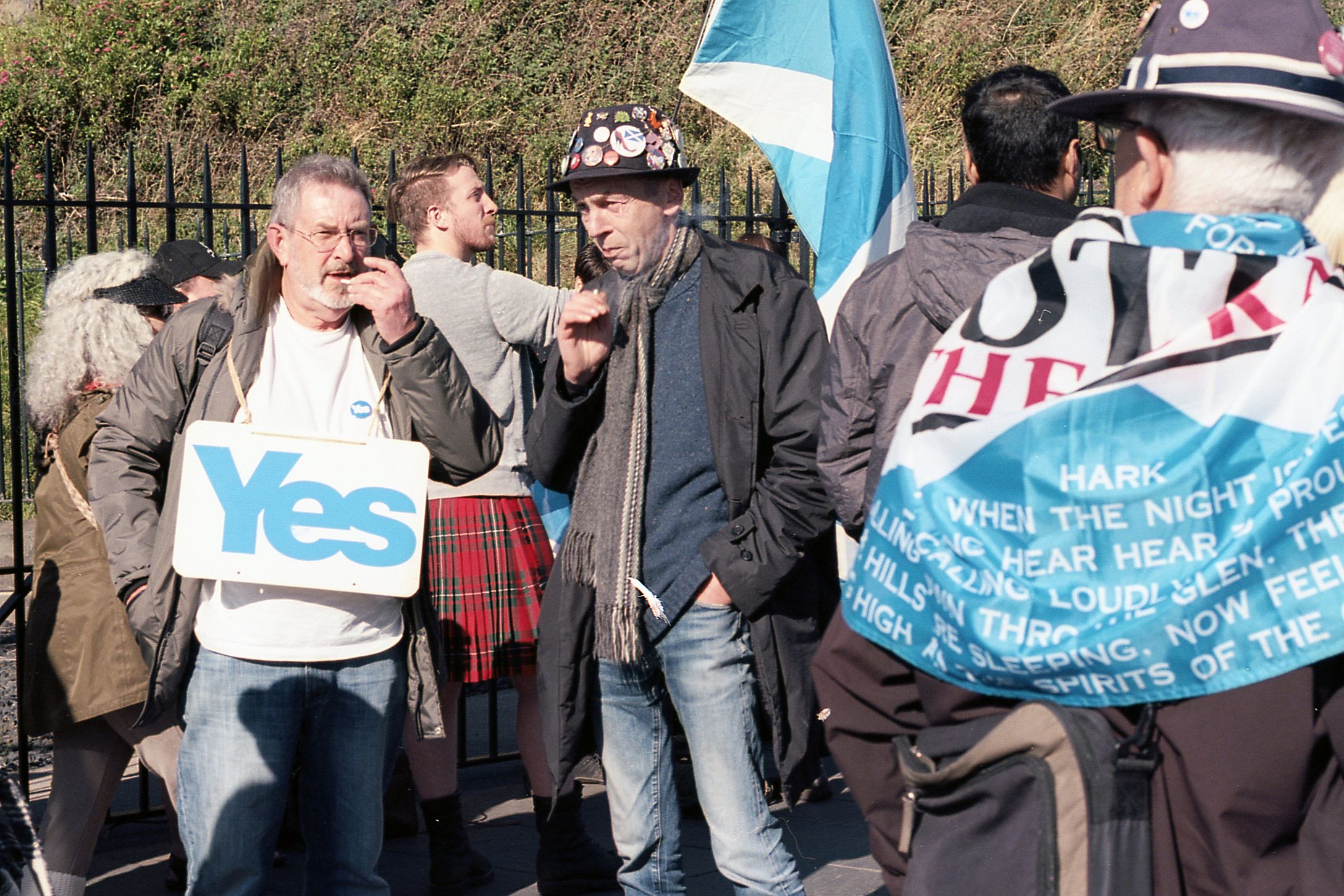 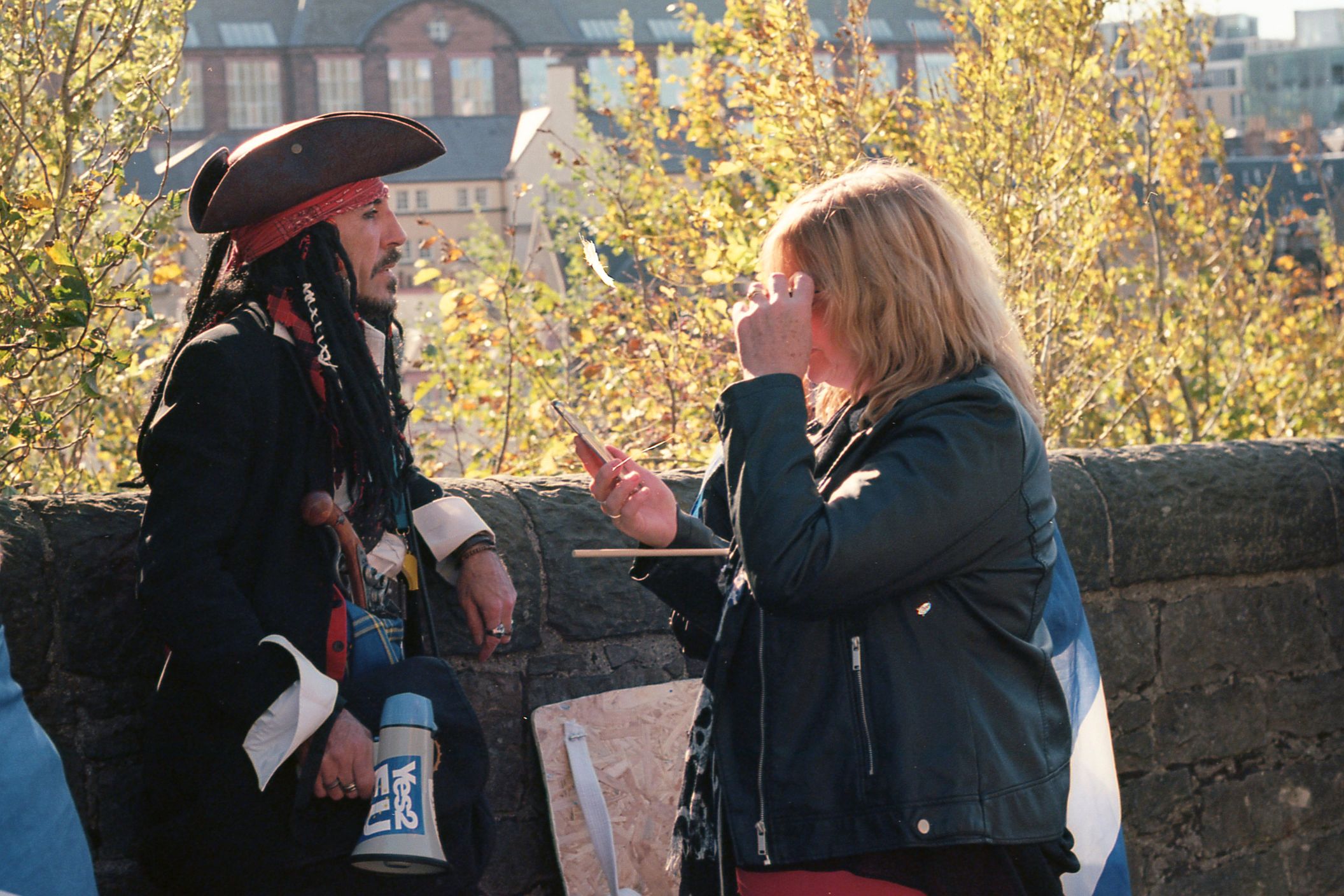 The route went down the High street, all the way to Holyrood park. The bemused looking tourists were very entertaining also! 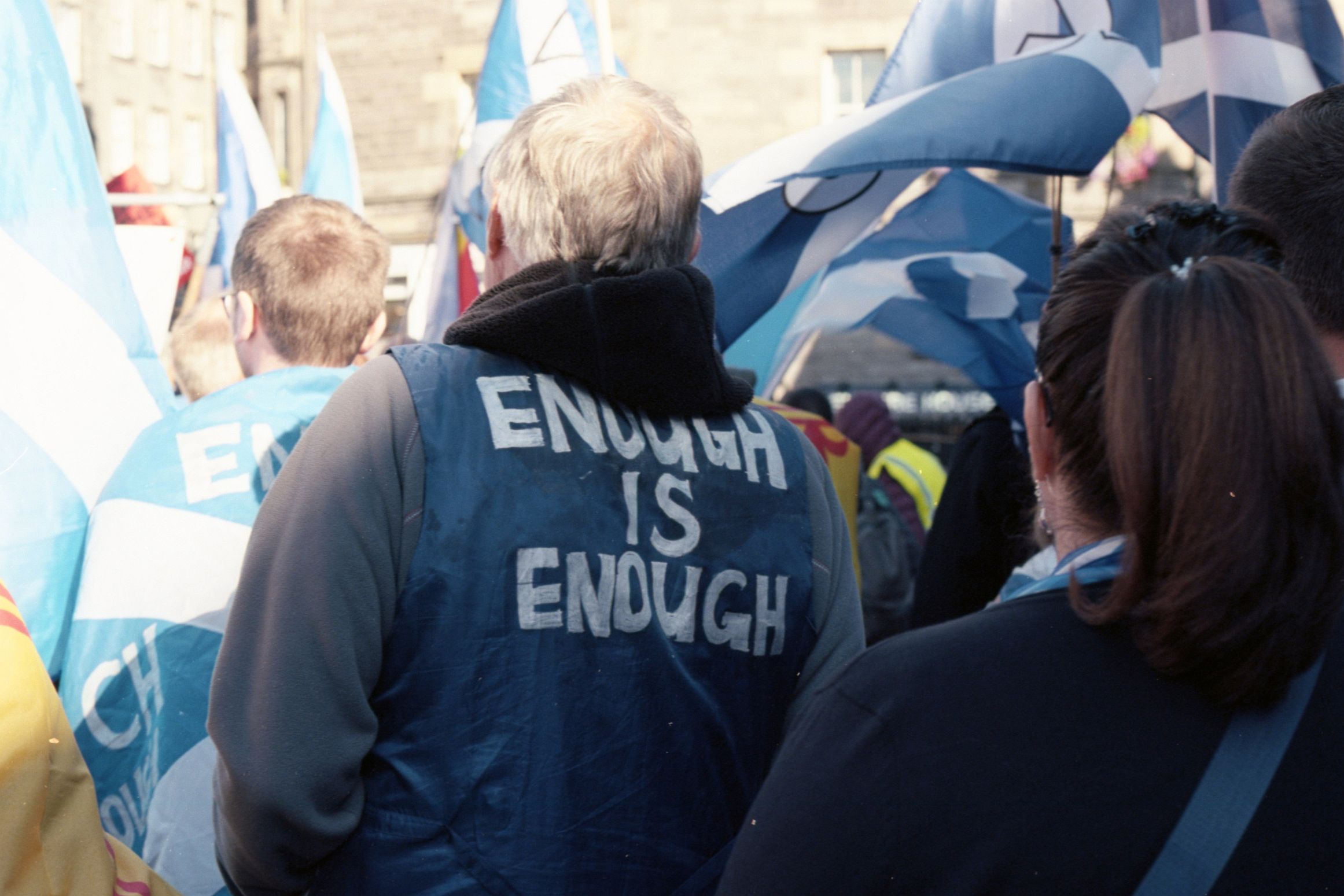 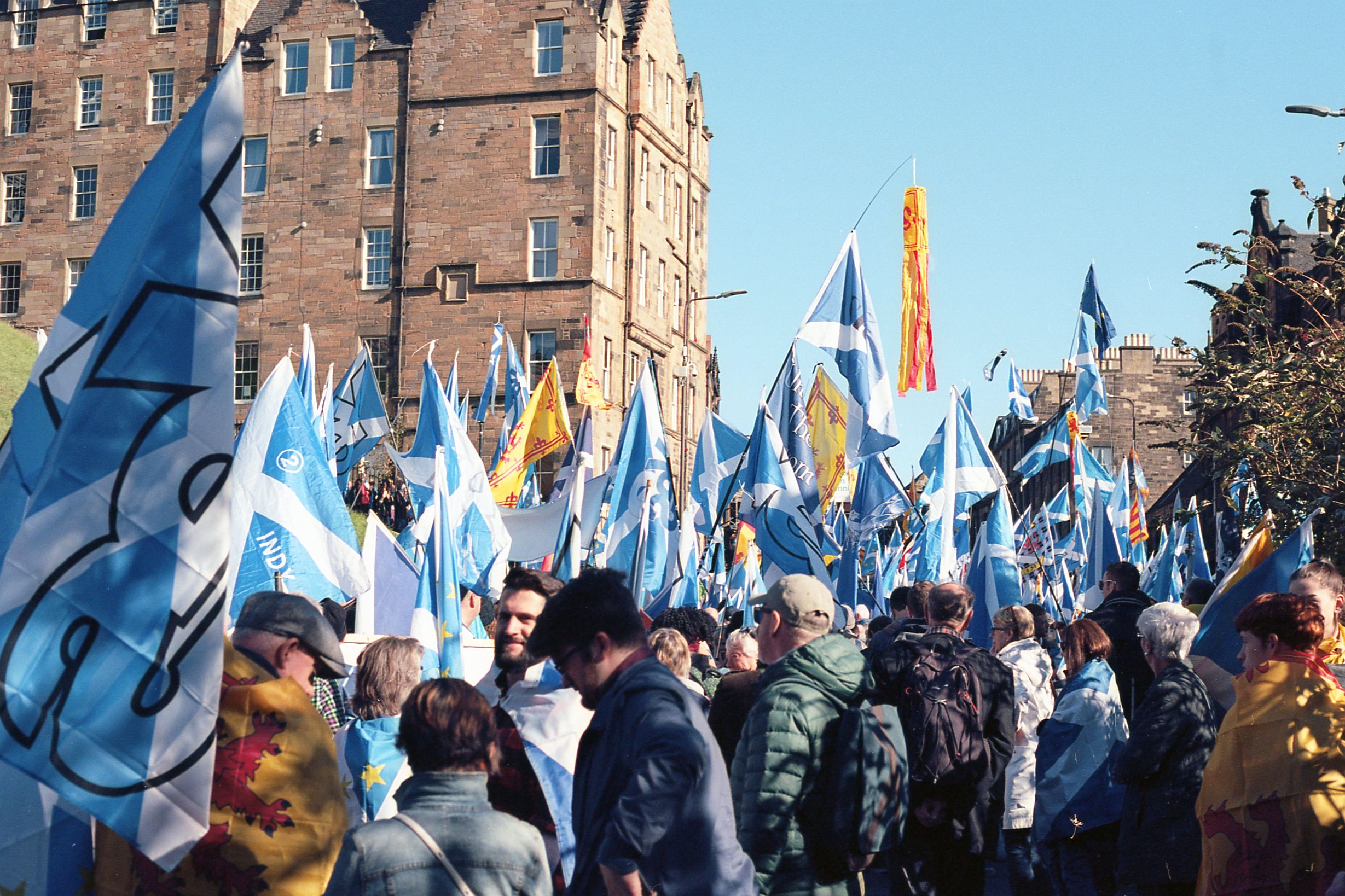 The Canon SLR is a more modern film camera, complete with autofocus and auto exposure. Sometimes it’s pleasant to have everything automated, just point and click. 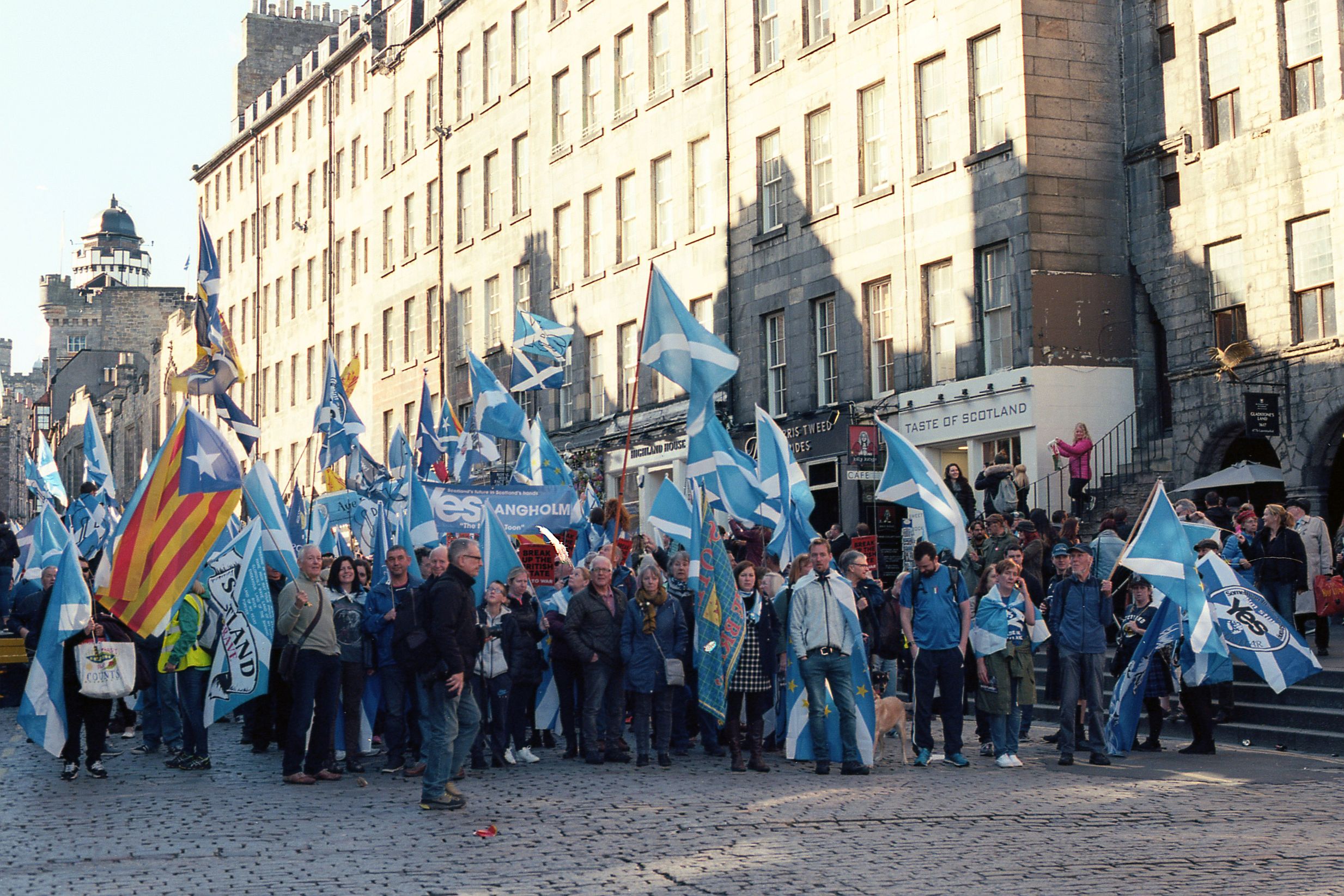 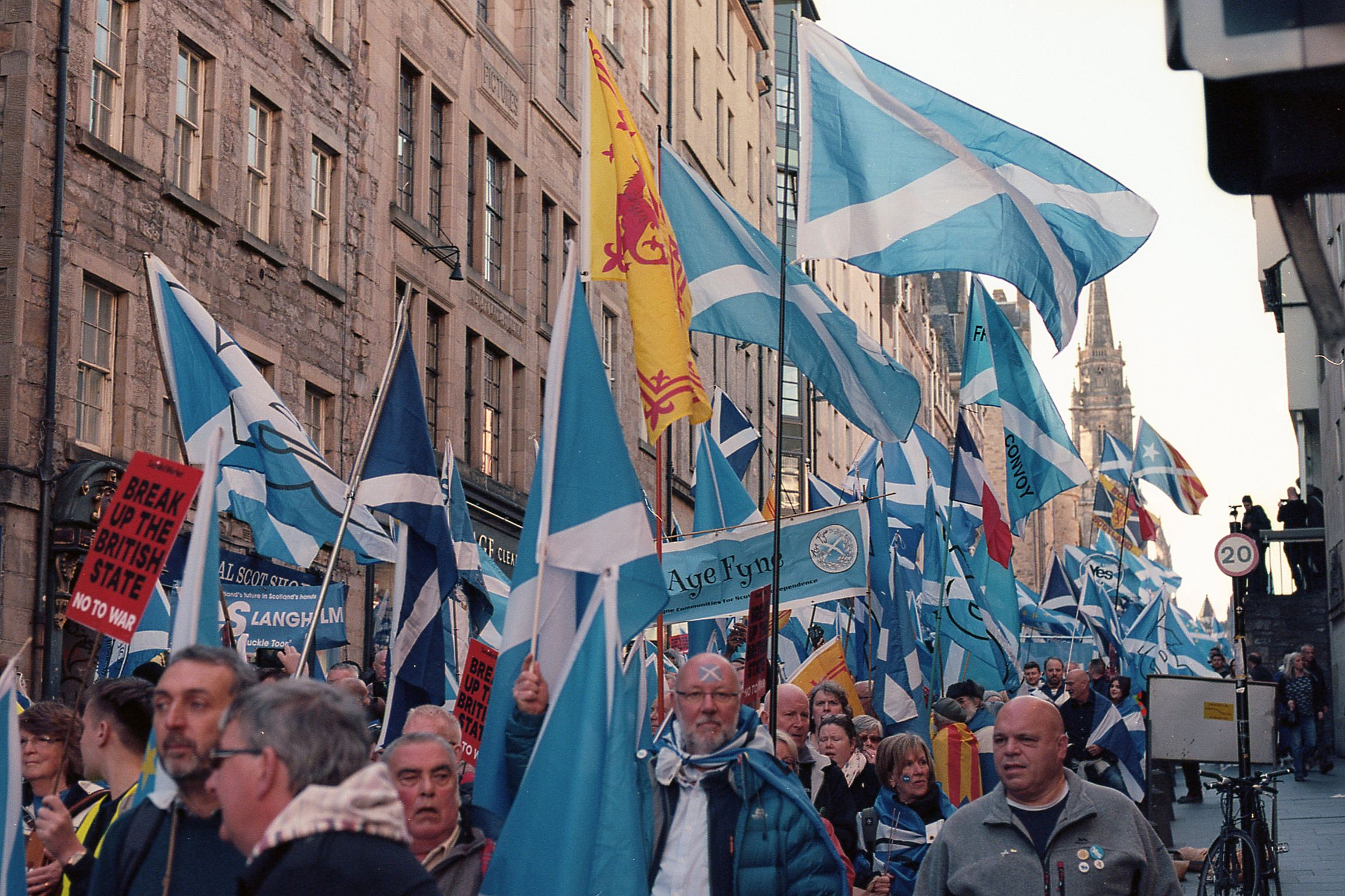 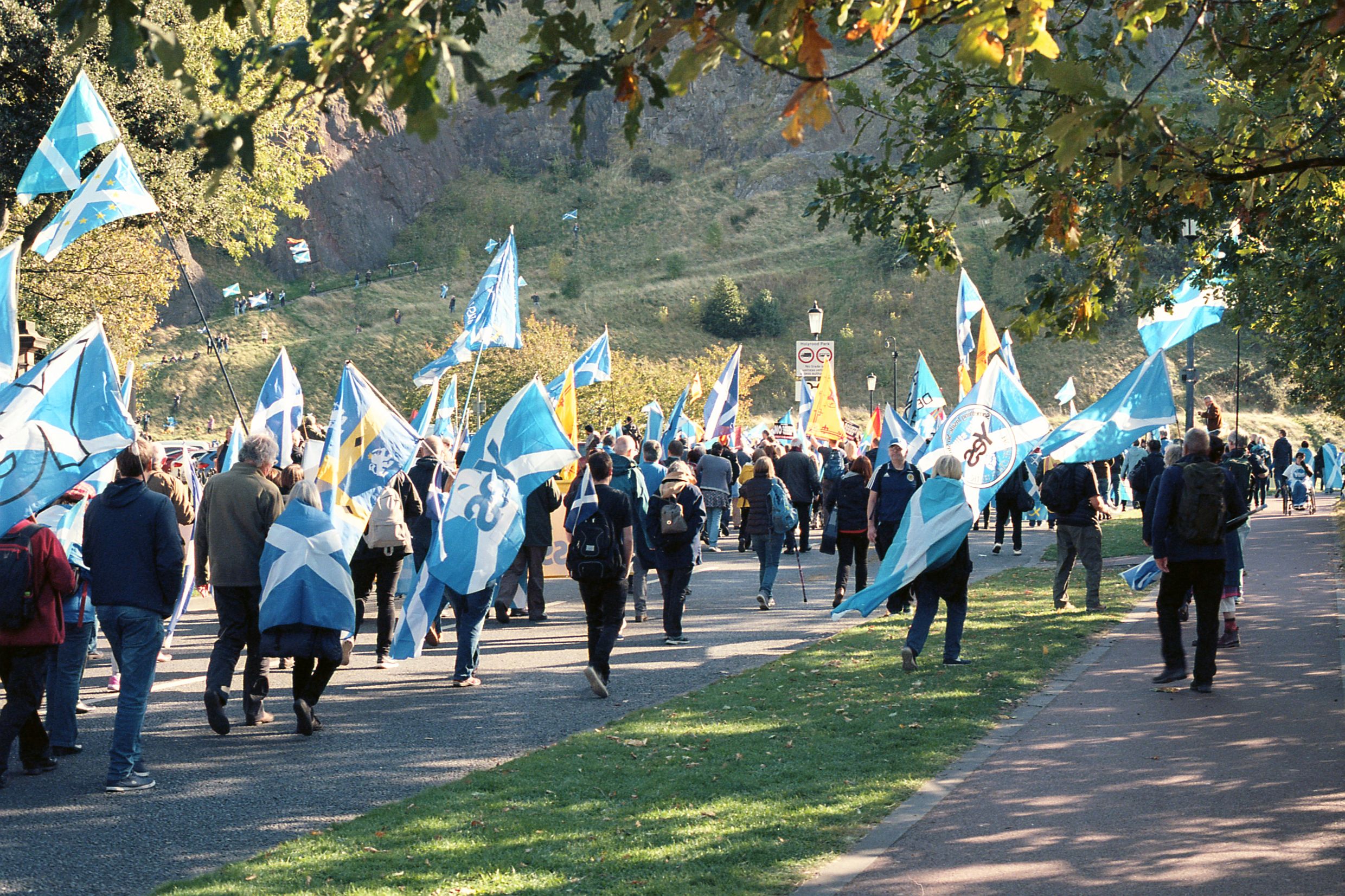 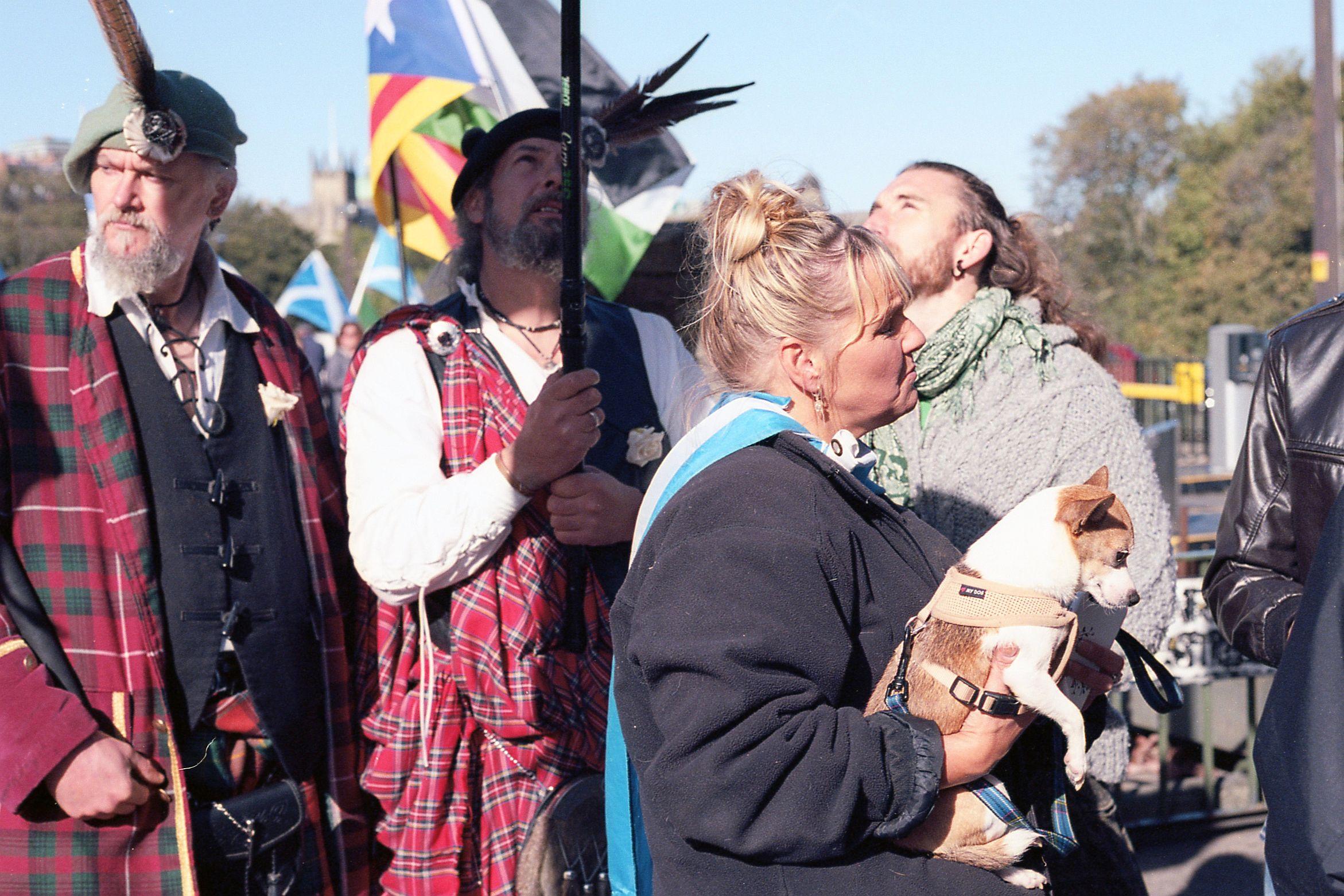 In the end it was a fun march, my own highlights being the ‘indy’ dogs and the bikers for ‘indy’ – the roar of the motorbikes coming into the park was really quite spectacular. 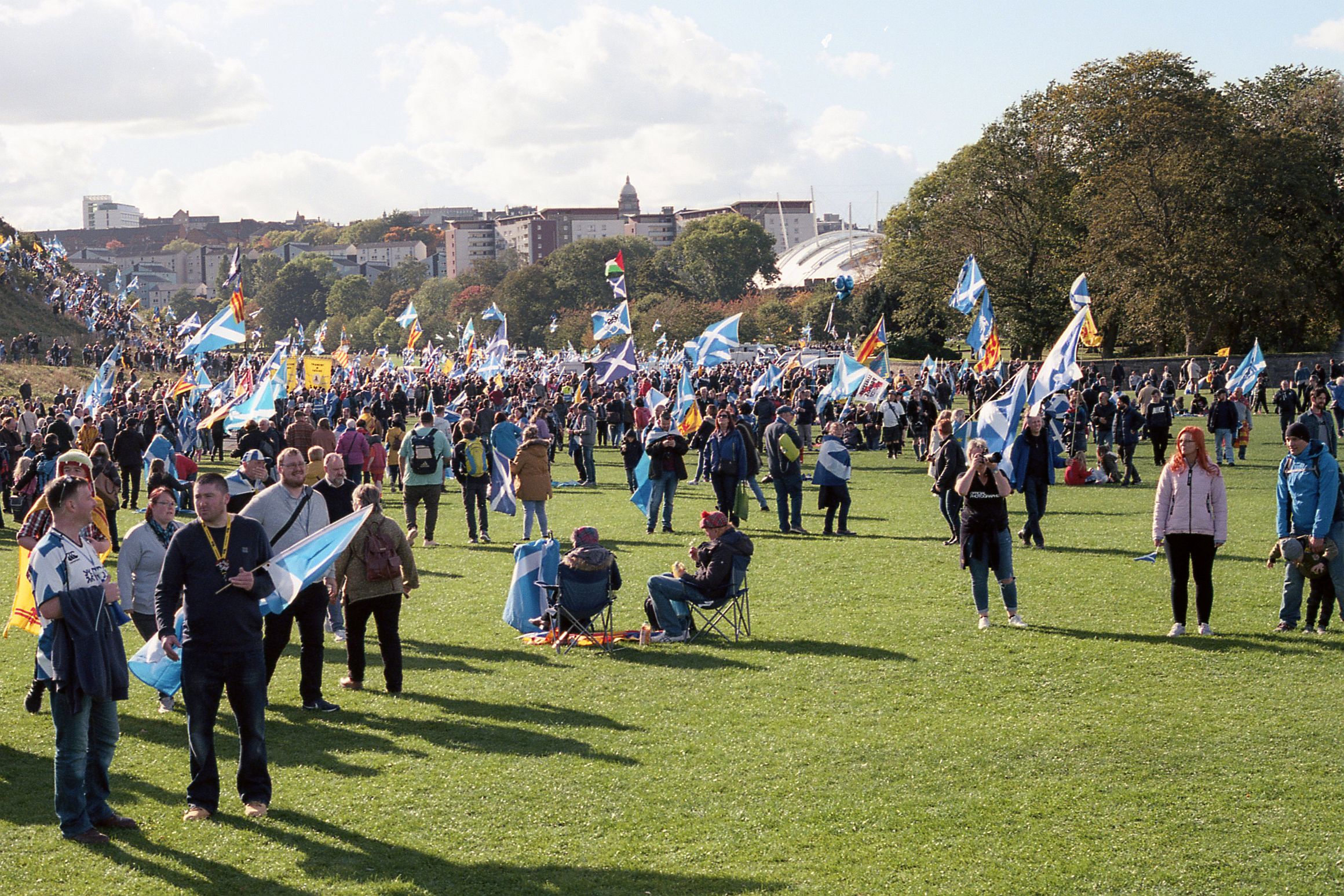 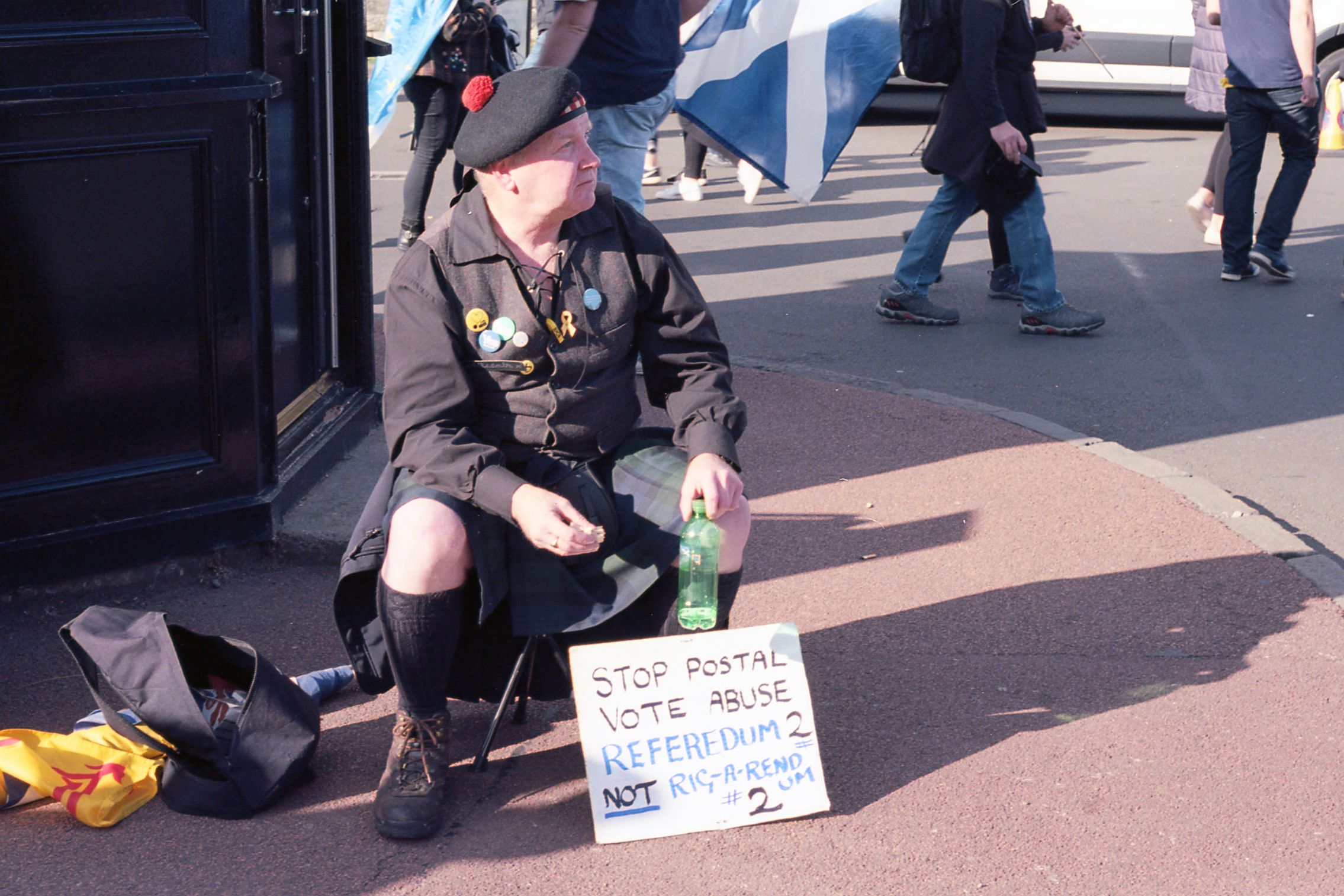 The organisers estimated 100,000 people on the march. I would say it was a few less than that, probably about 50,000+. Either way that’s a lot of people on the streets, and a lot of flags. When trying to take good photos all those flags can be a bit of a pain! 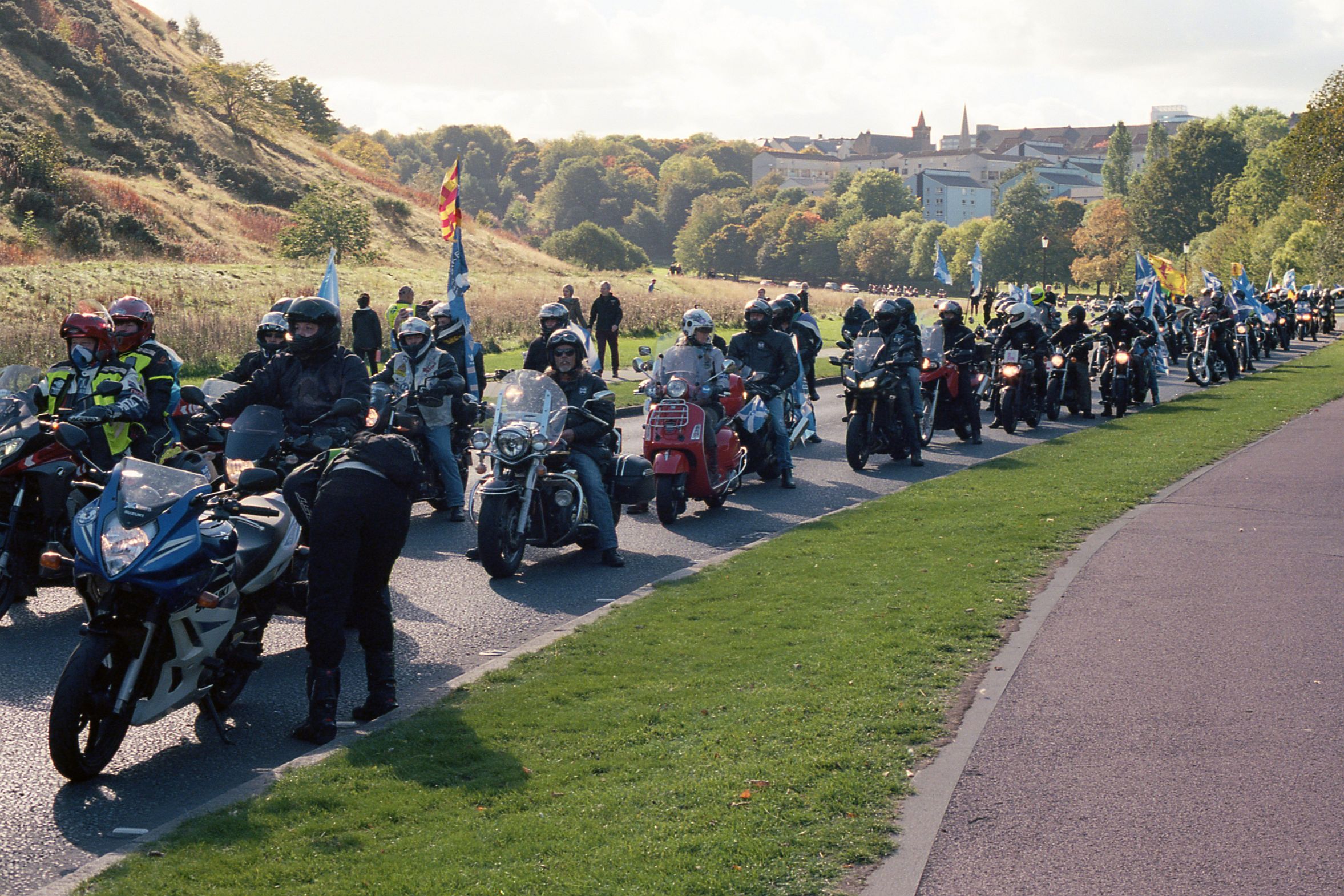 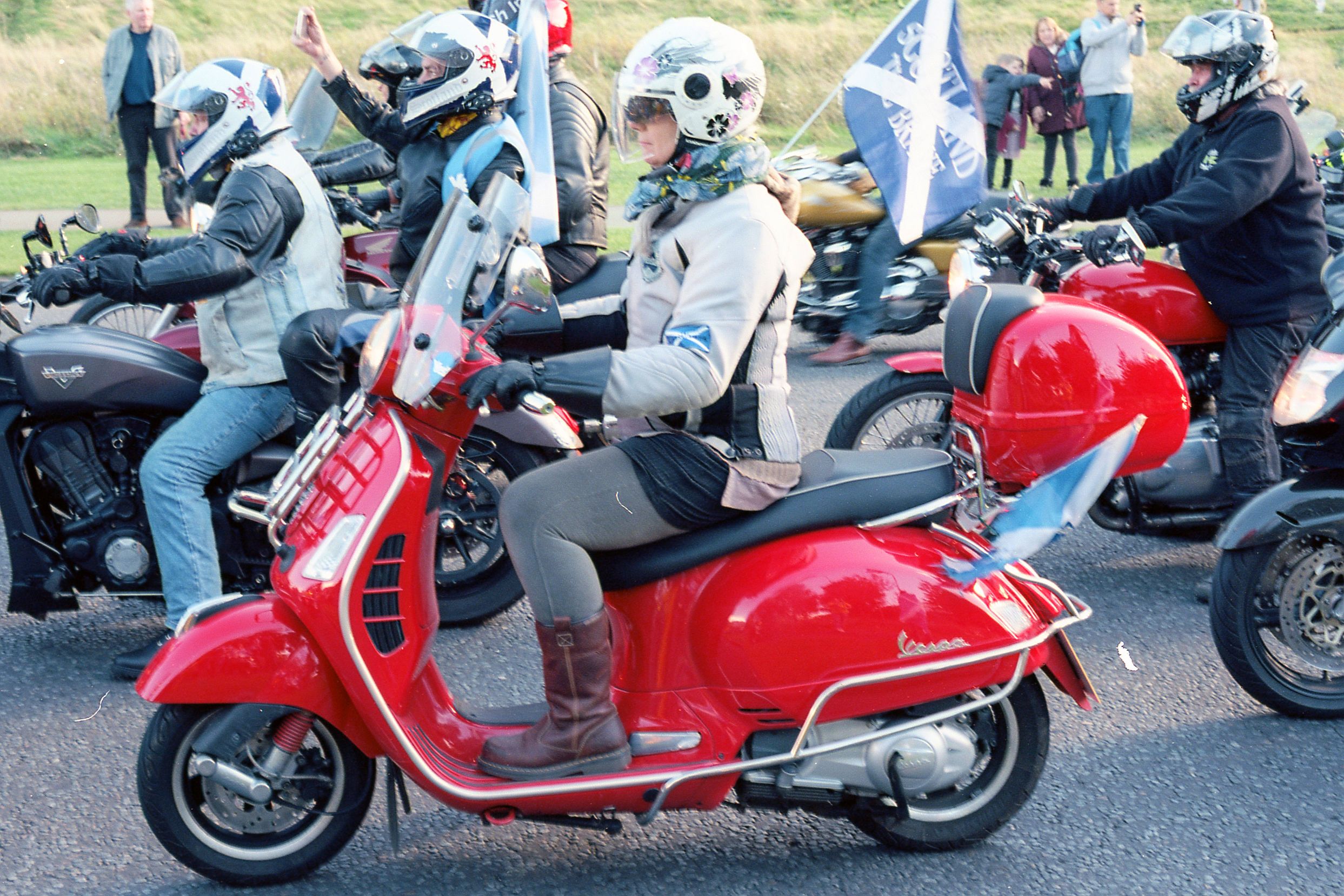 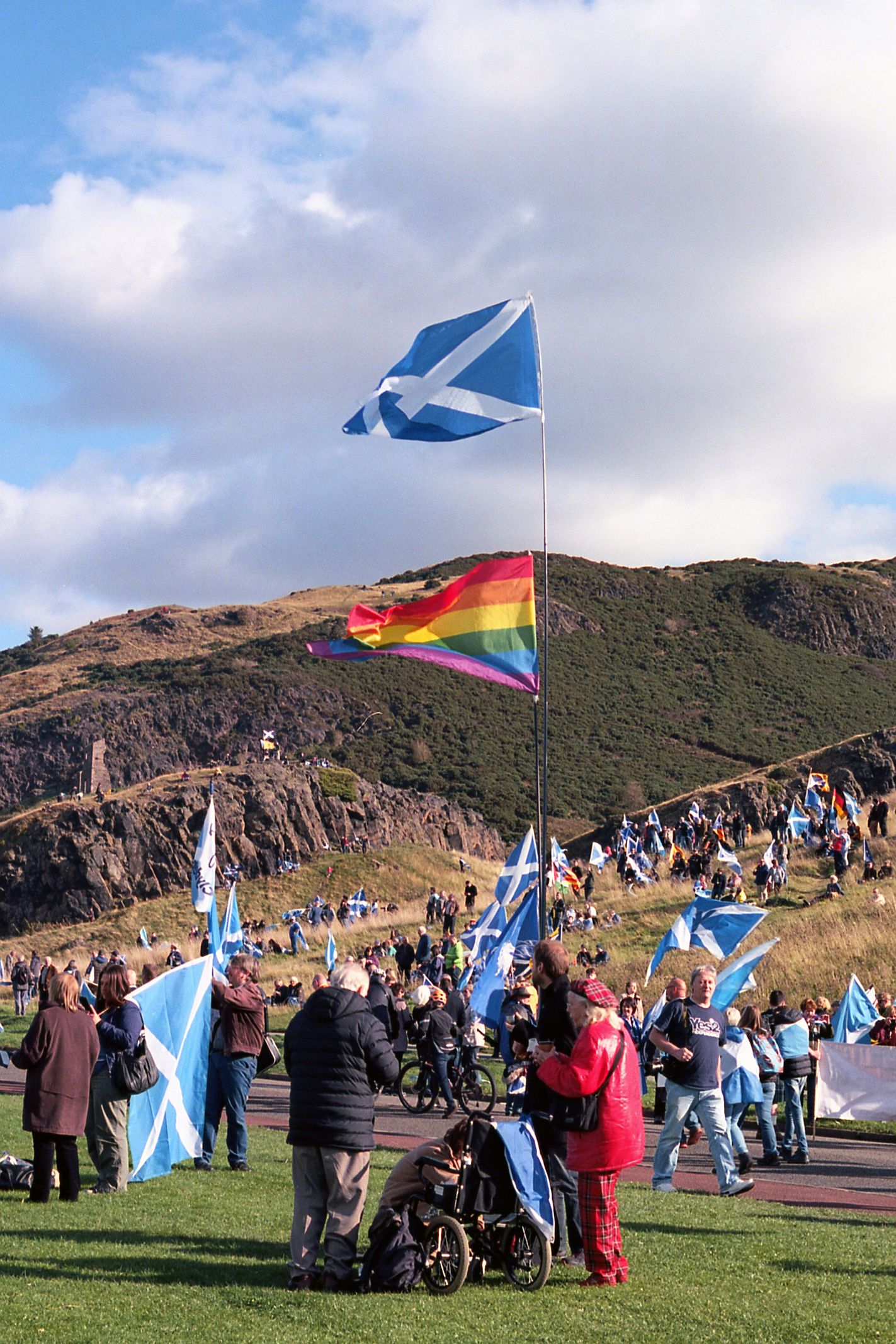 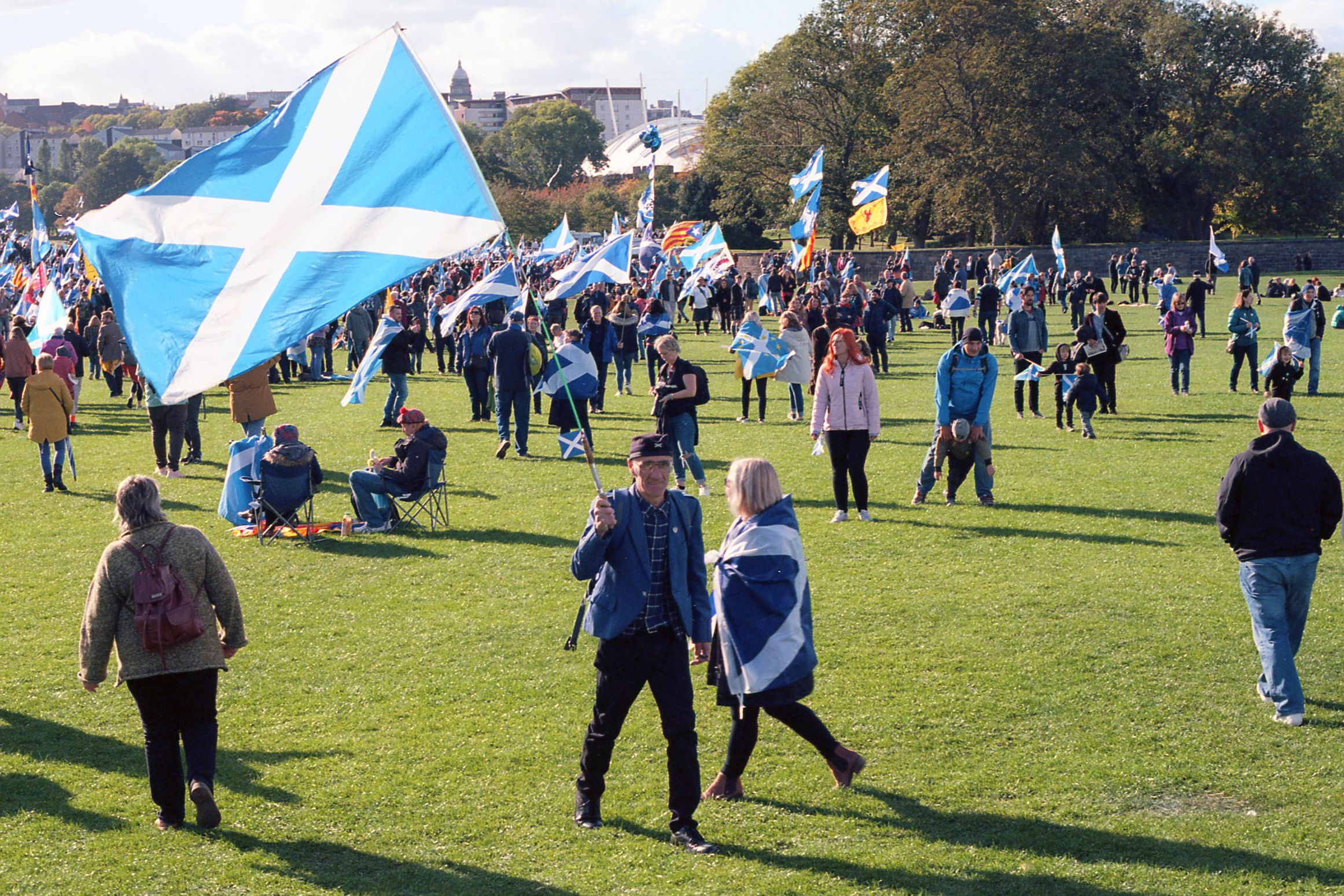 This entry was posted in 35mm film, Canon, Colour, Edinburgh. Bookmark the permalink.