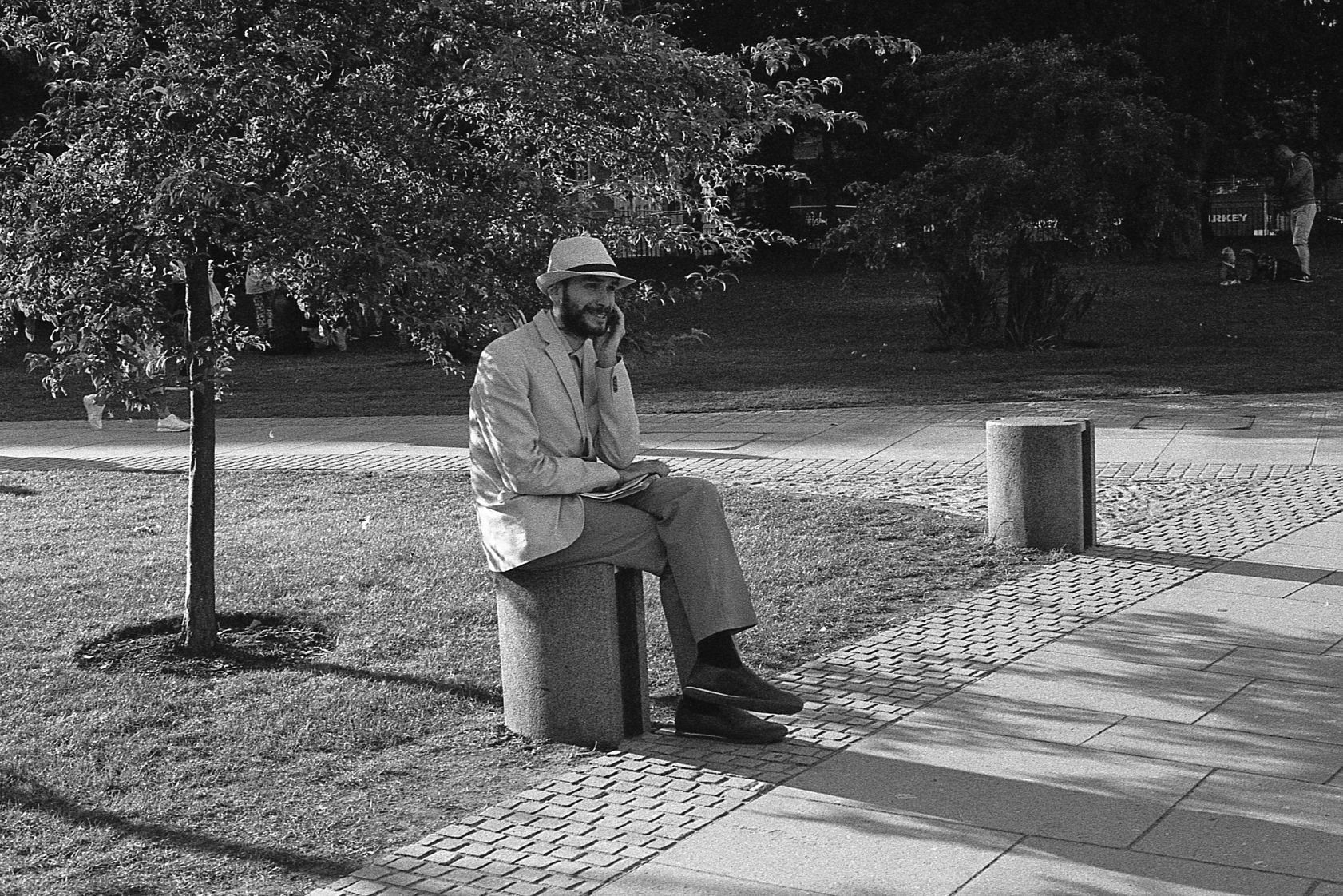 It’s festival fringe time and, for me, a festival of street photography. 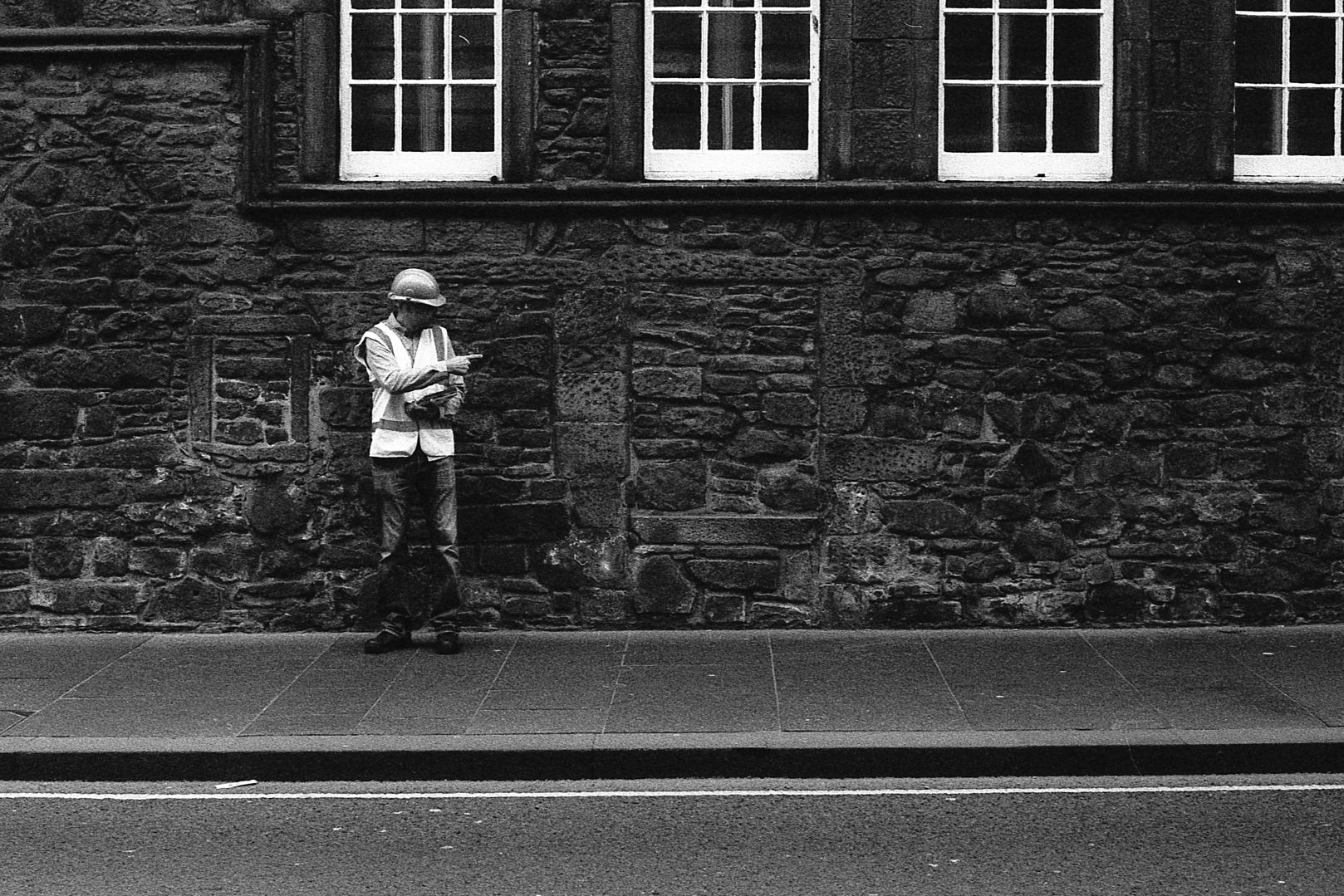 This year I decided to make sure to allocate a good amount of time to getting out and about in Edinburgh during August.  Previous years have tended to be a scramble to find the odd weekend, or day off from work.  Not this year – calendar blocked out, annual leave applied for and lots of film on order.  No excuses!  Even the weather played ball – mostly. 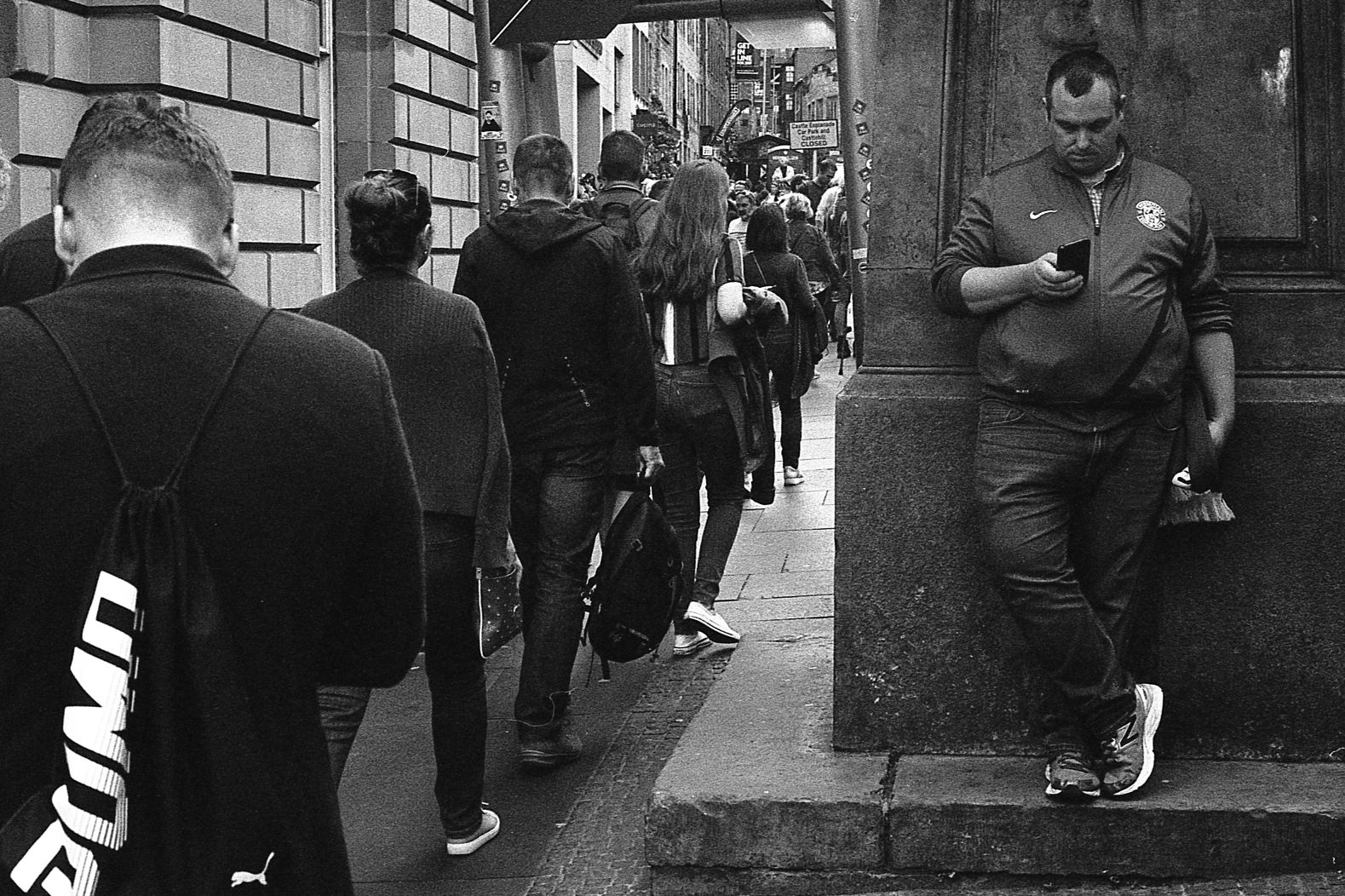 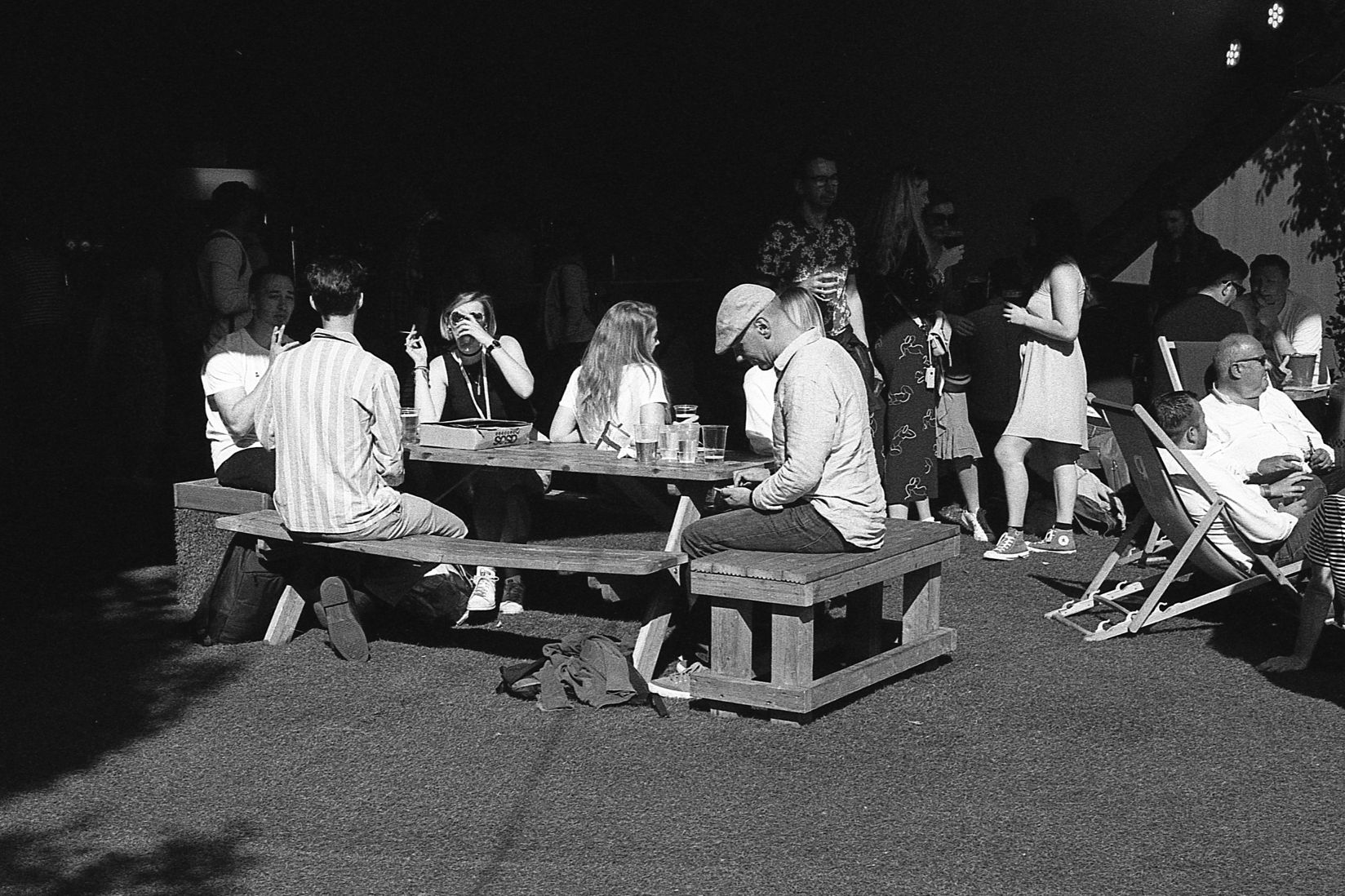 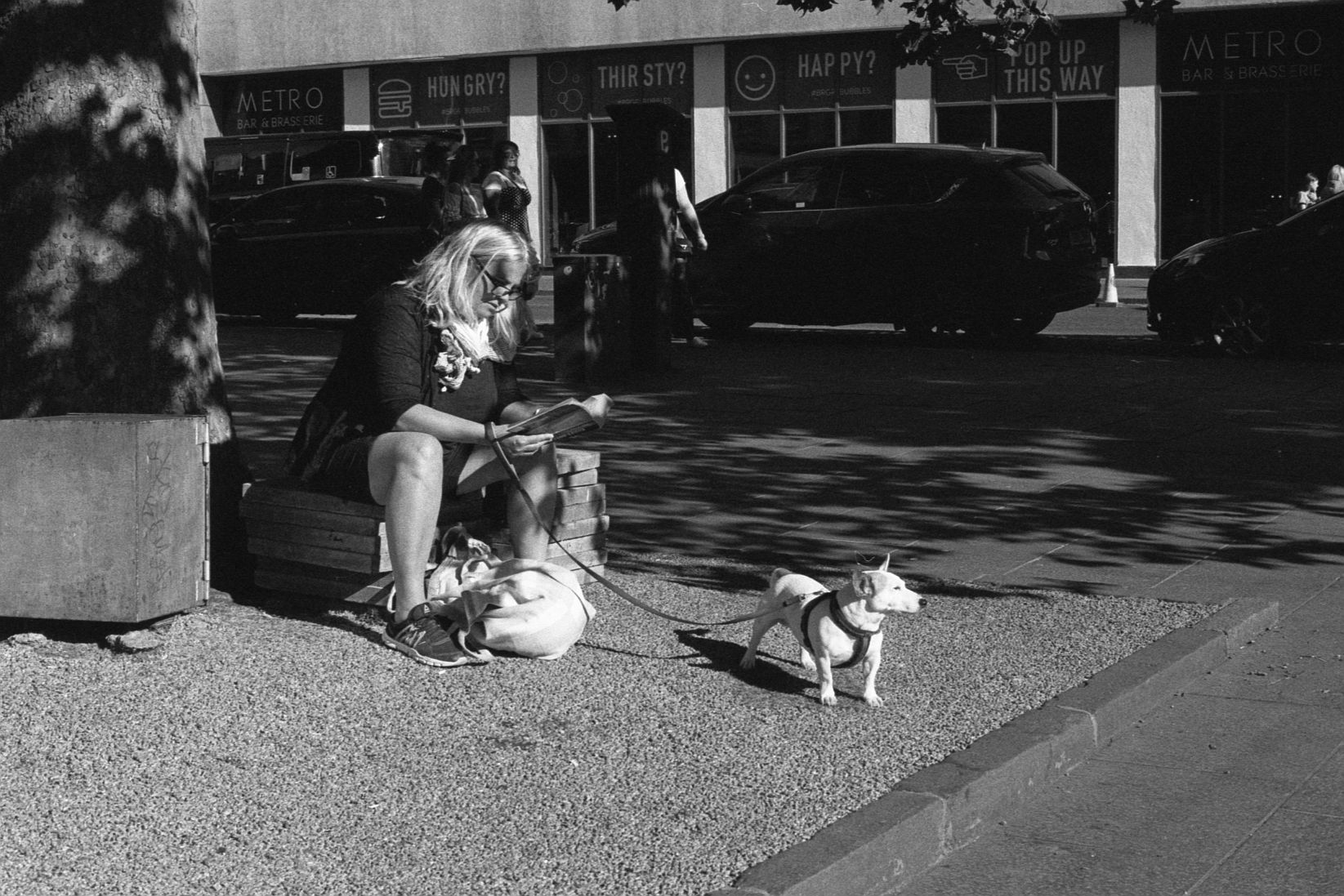 The city seems to be even busier this year, but then I think that every year.  I’ve made a point of avoiding the High Street (Royal Mile) most of the time, just because of the sheer number of visitors.  Early in the day, or mid-week, isn’t too bad but on a nice, sunny Saturday afternoon it’s best to avoid.  Unless you like trying to take photos in a scrum. 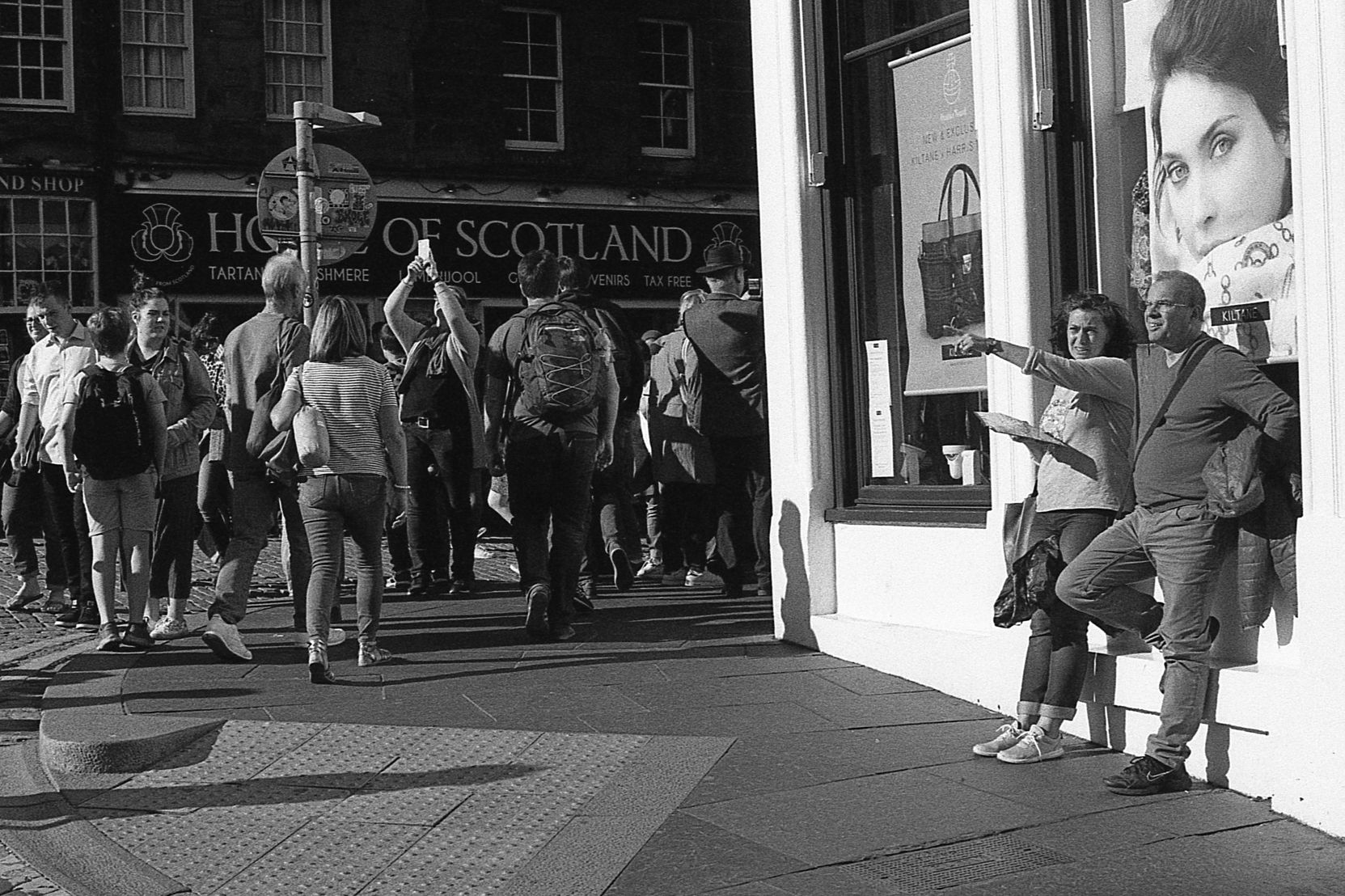 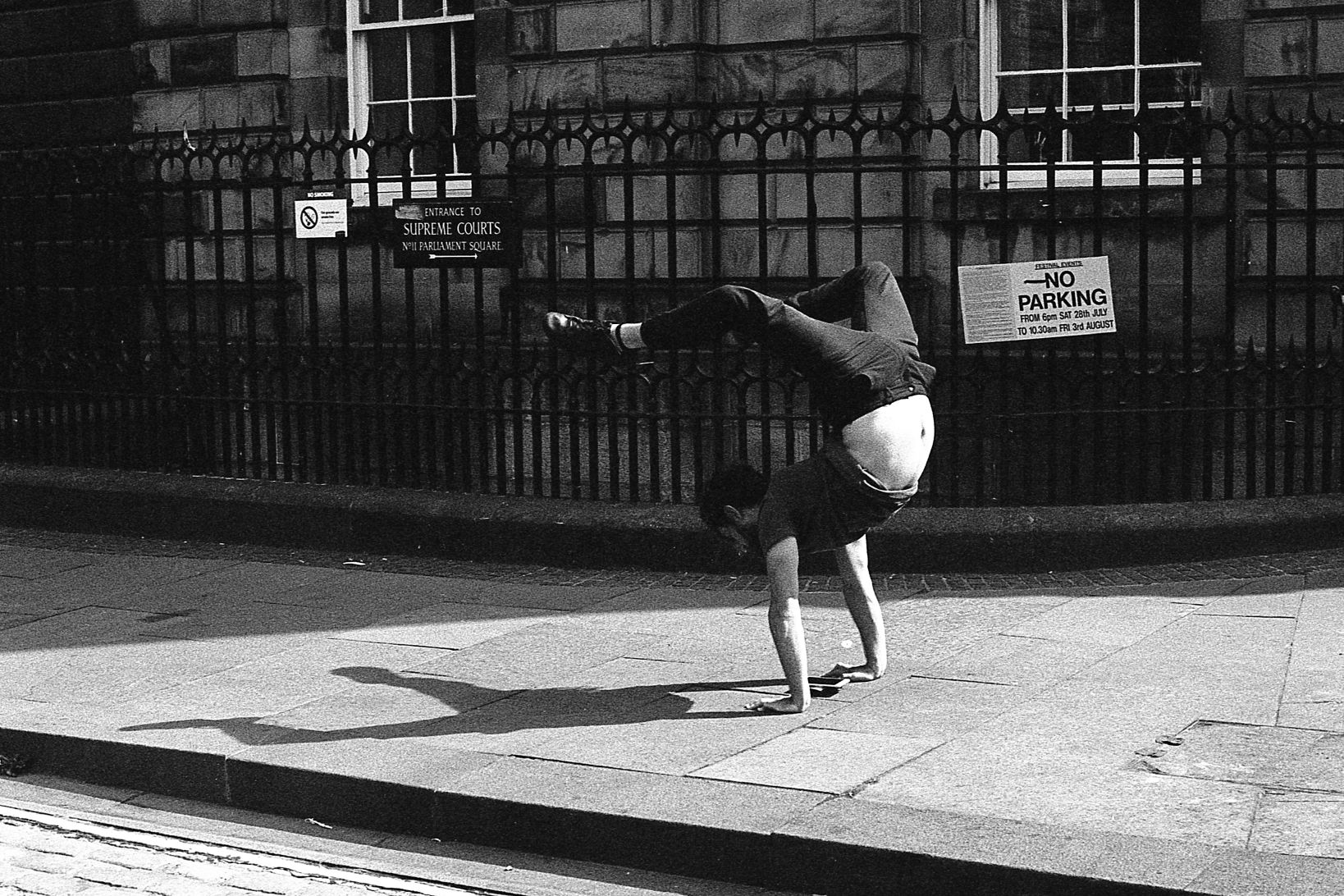 Street performers seem to have proliferated as well.  Usually it’s just the High Street – where they now have their own dedicated stages – but these days they’re all over the likes of the Grassmarket and Teviot Square.  That’s great for getting an interesting congregation of people but, again, can mean a bit of a scrum. 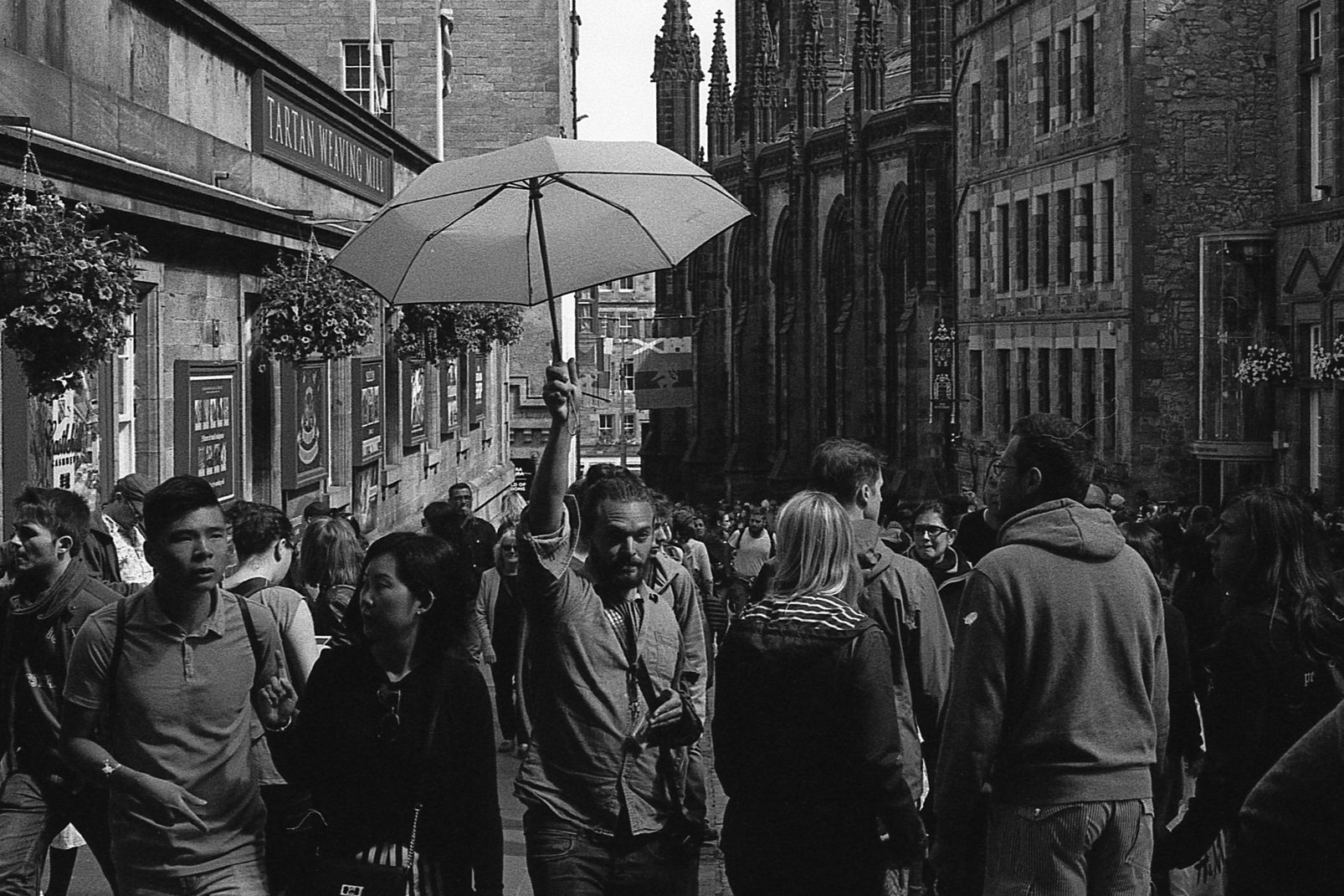 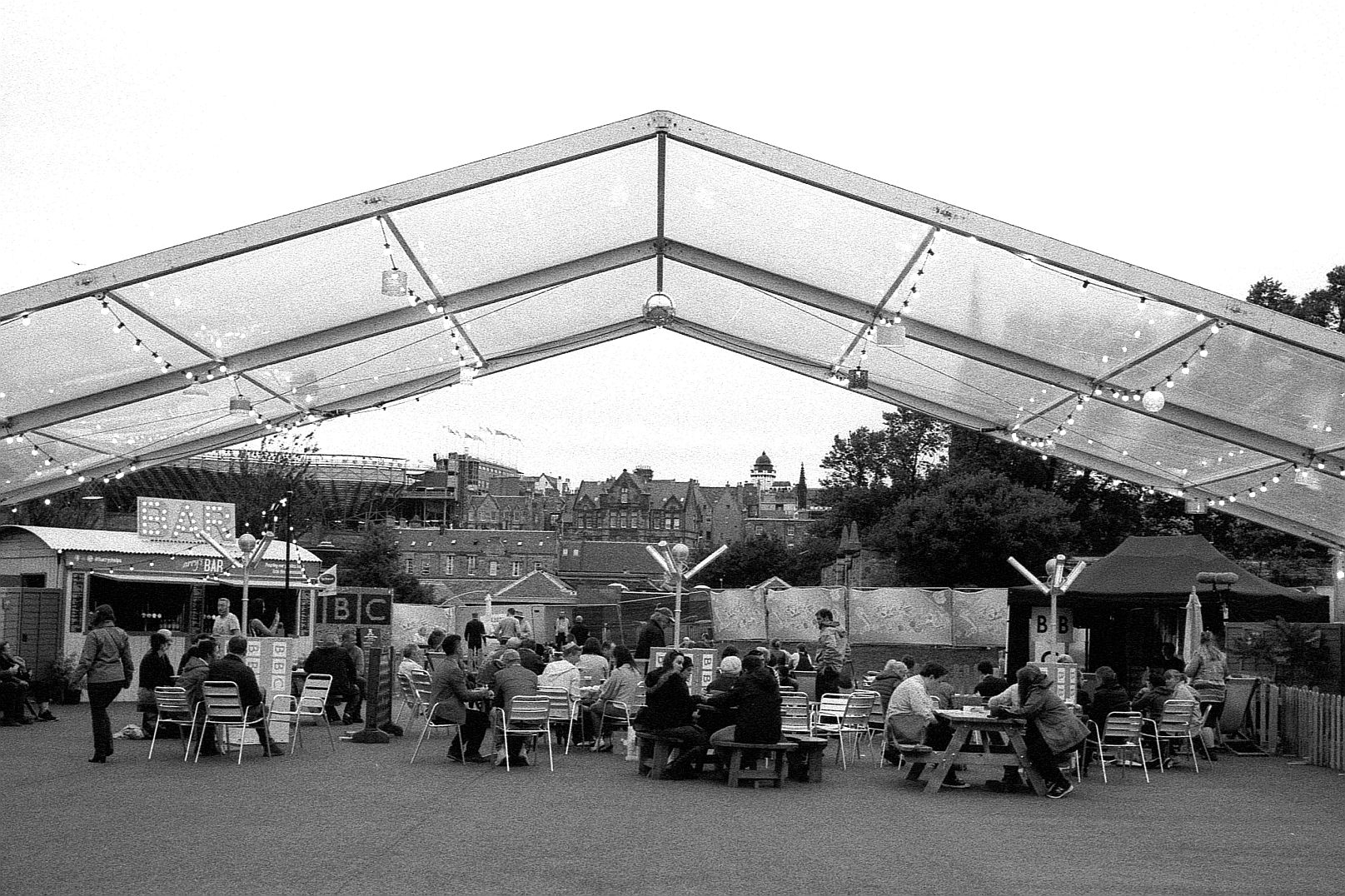 As part of my inproved pre-planning I made sure I was well supplied with film.  Ilford HP5+ is my black & white of choice and I got through a dozen rolls in my Leica.  Every roll was box speed, iso 400, except one that was pushed to 800. 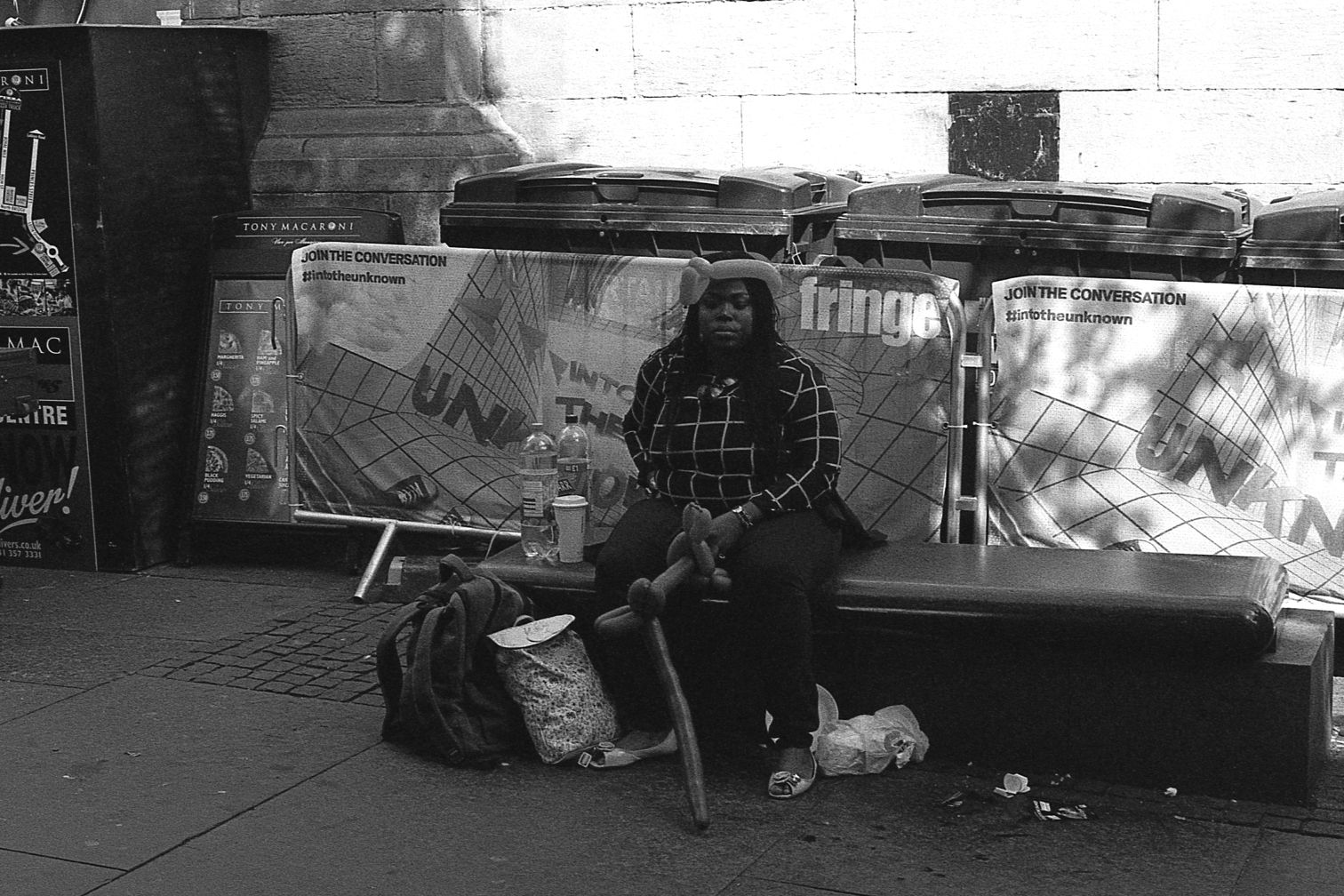 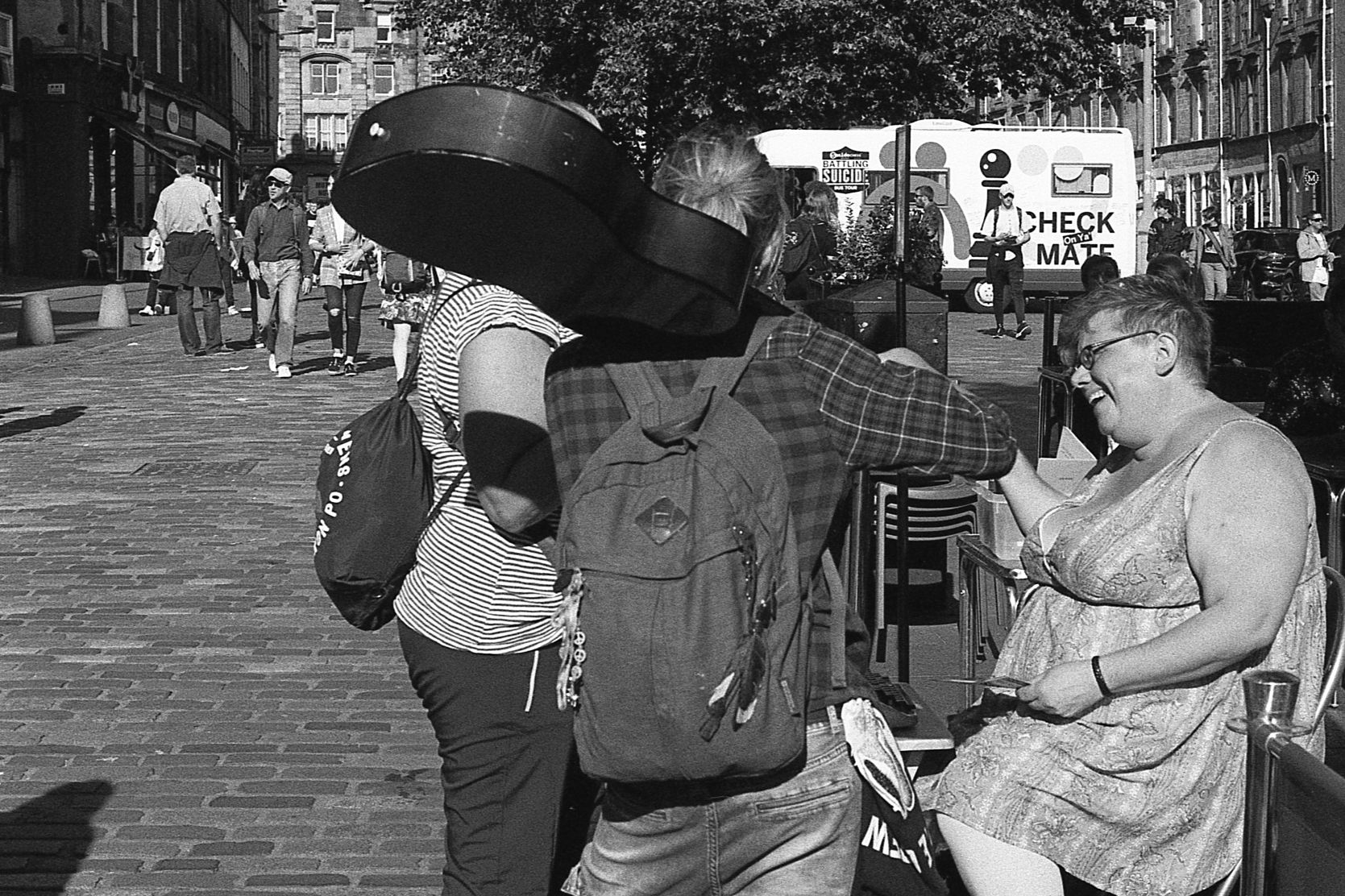 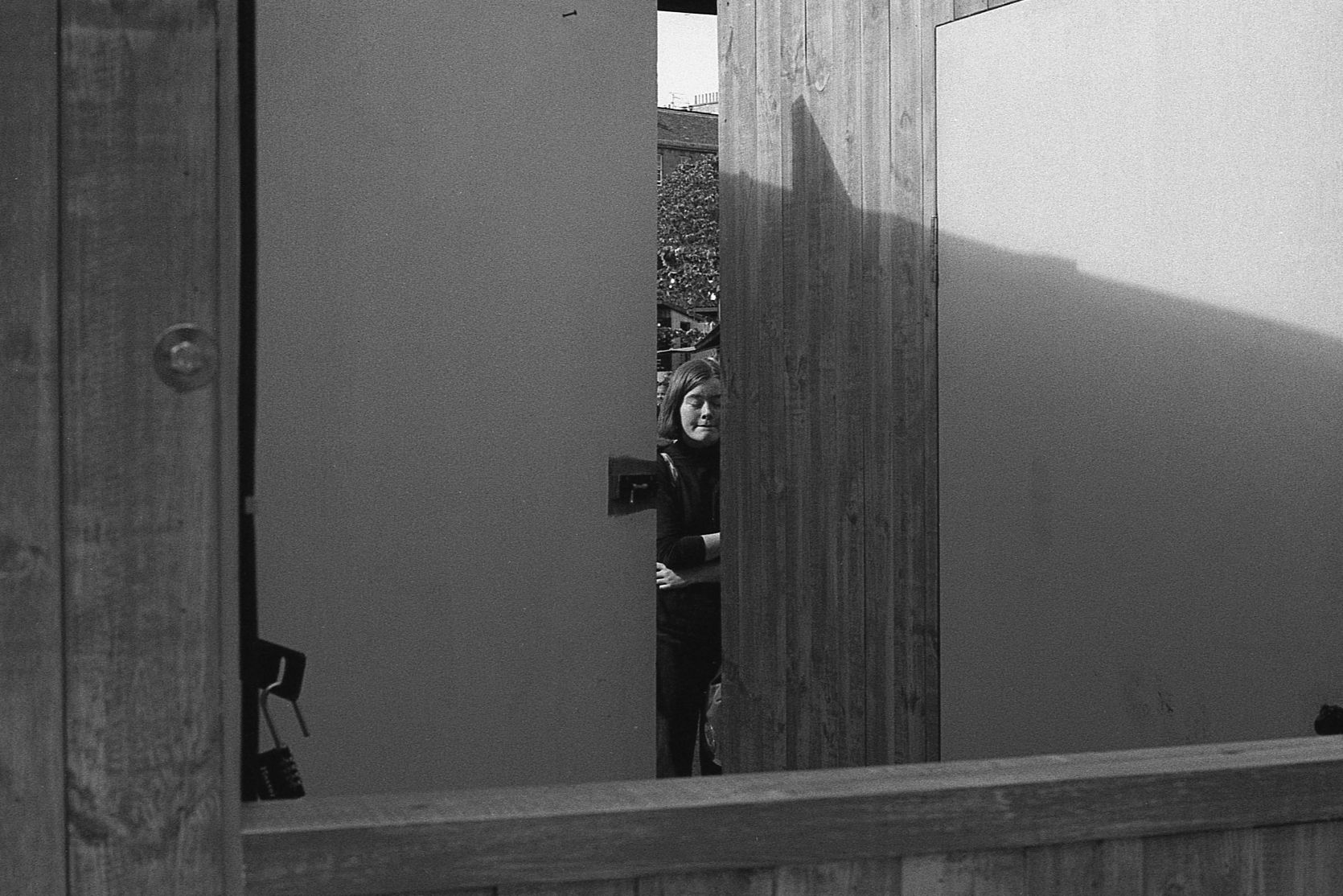 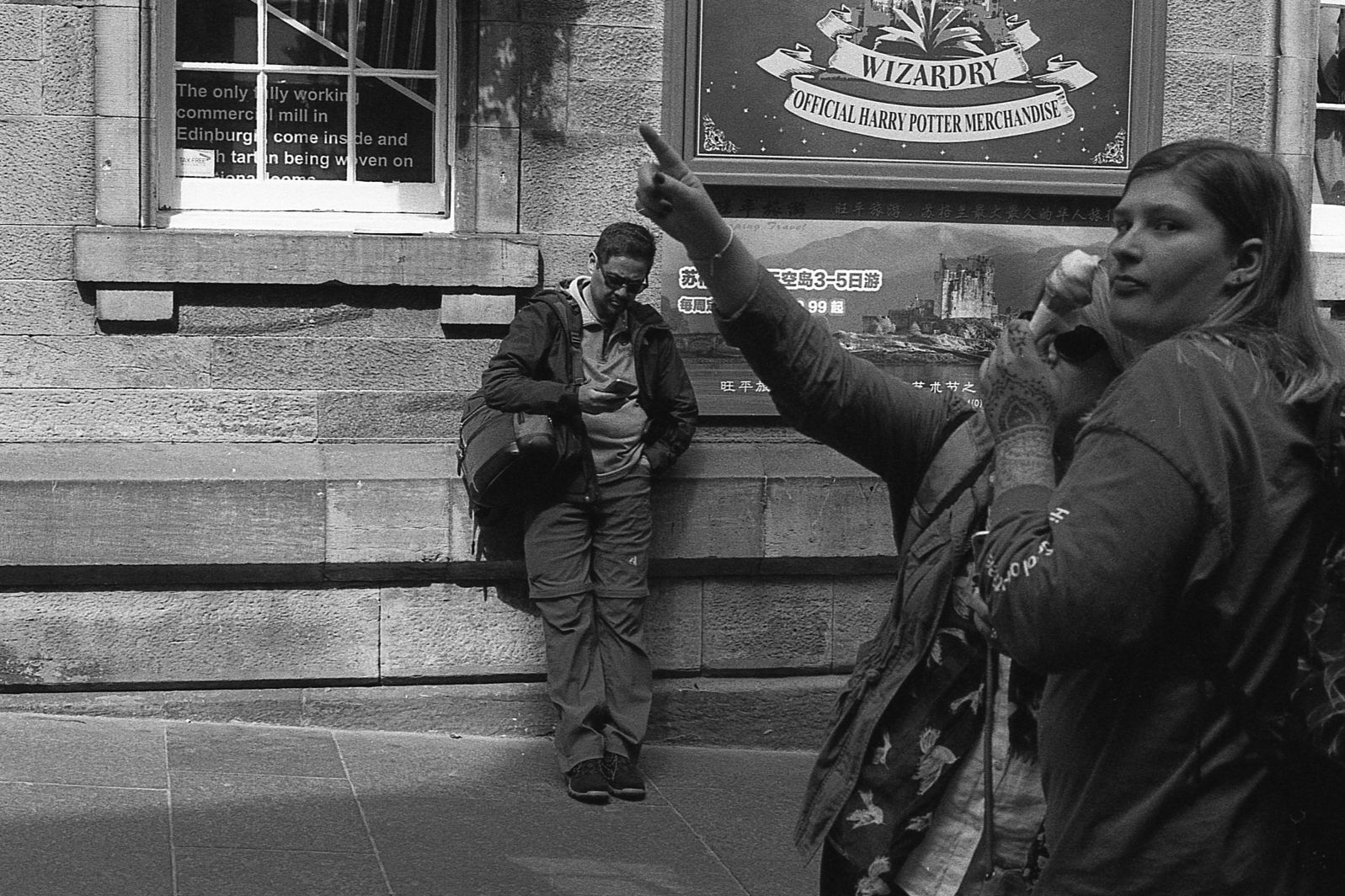 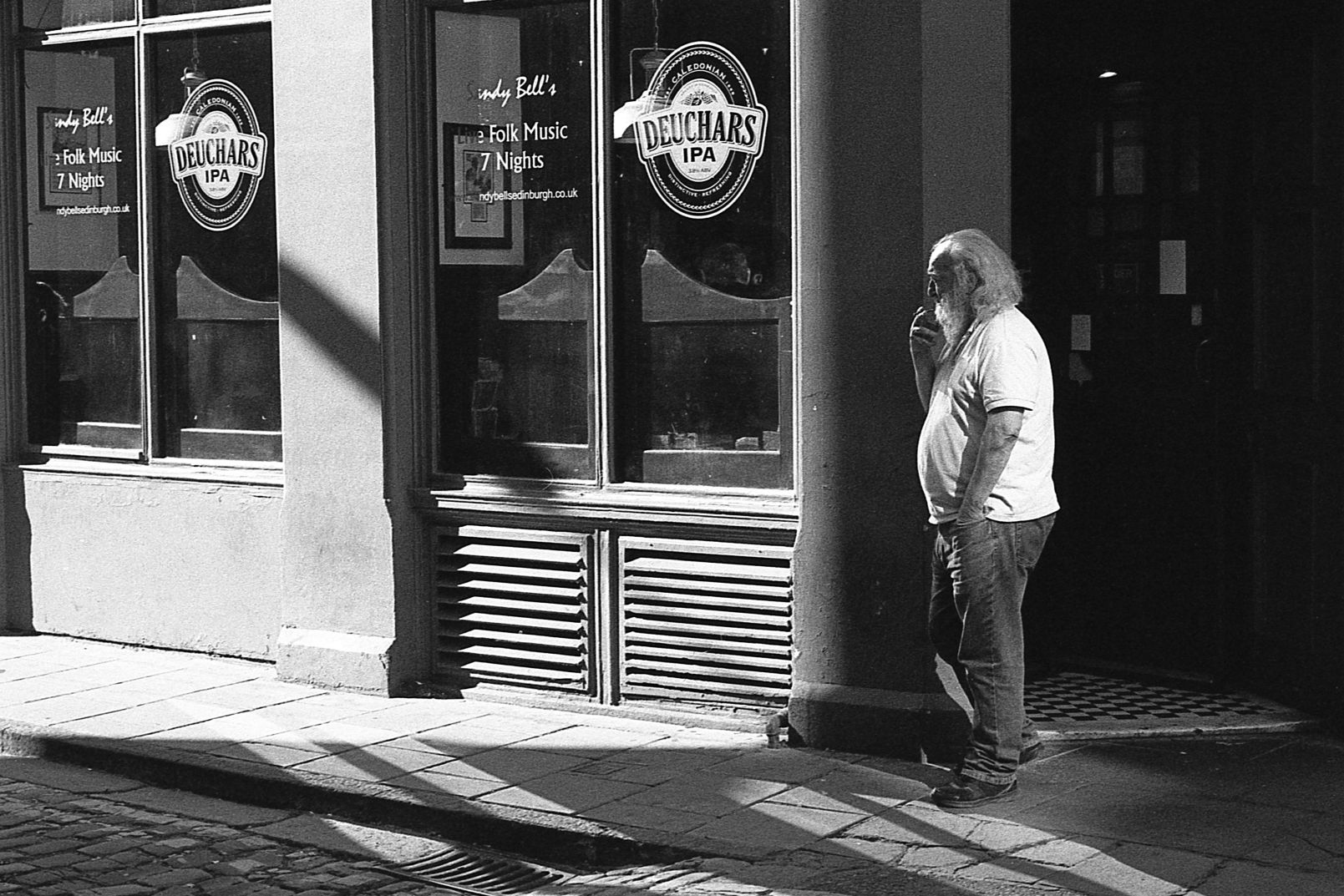 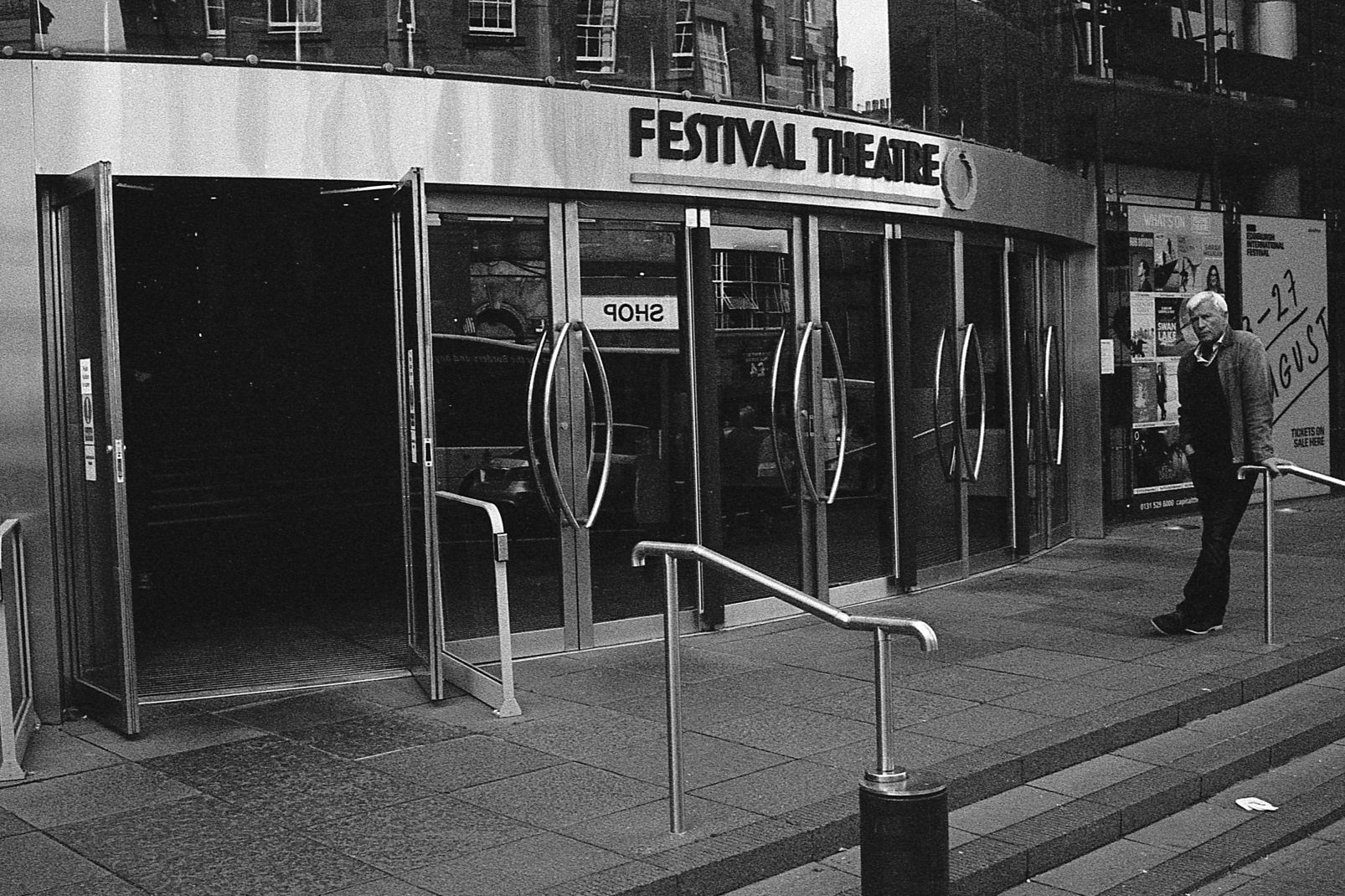 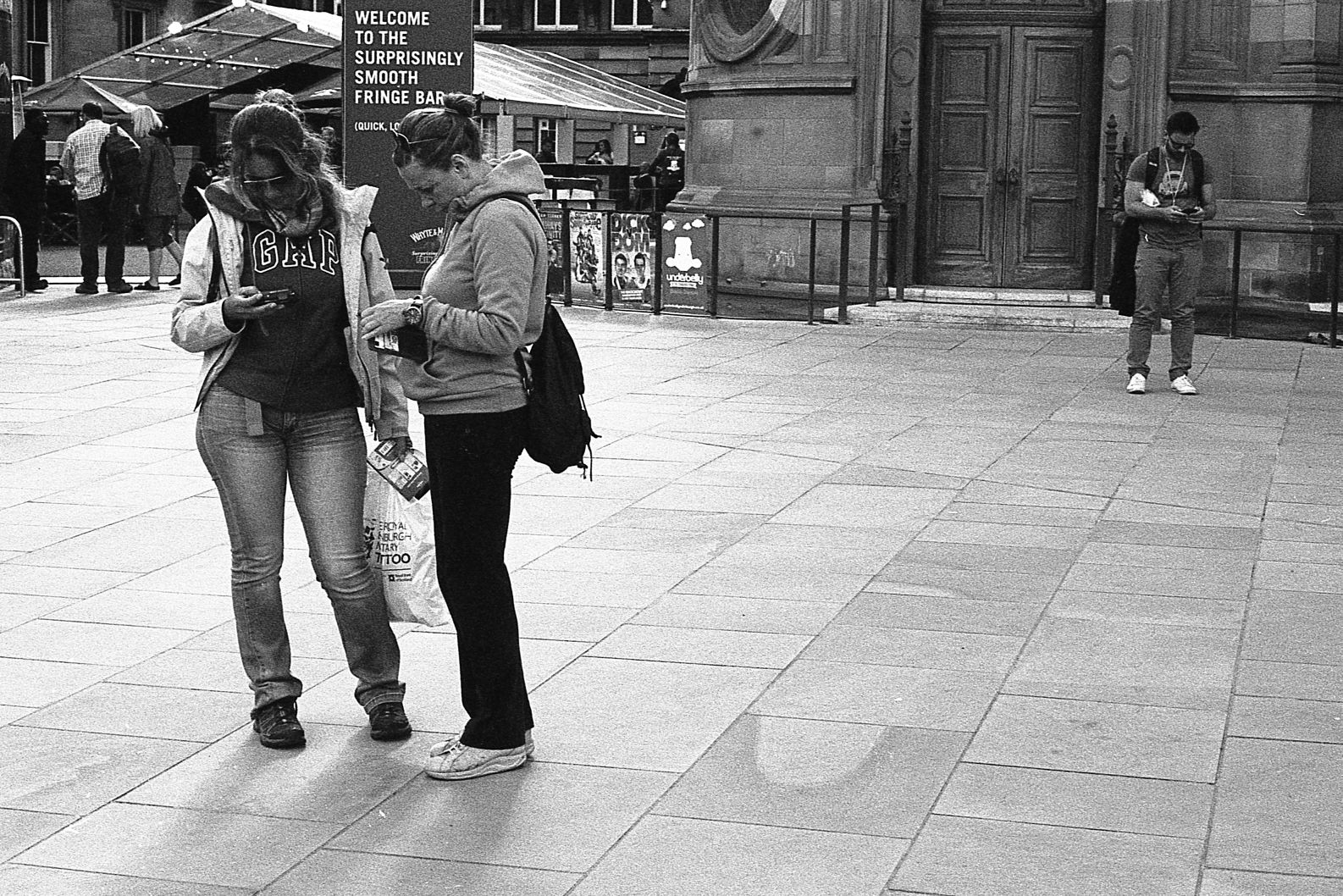