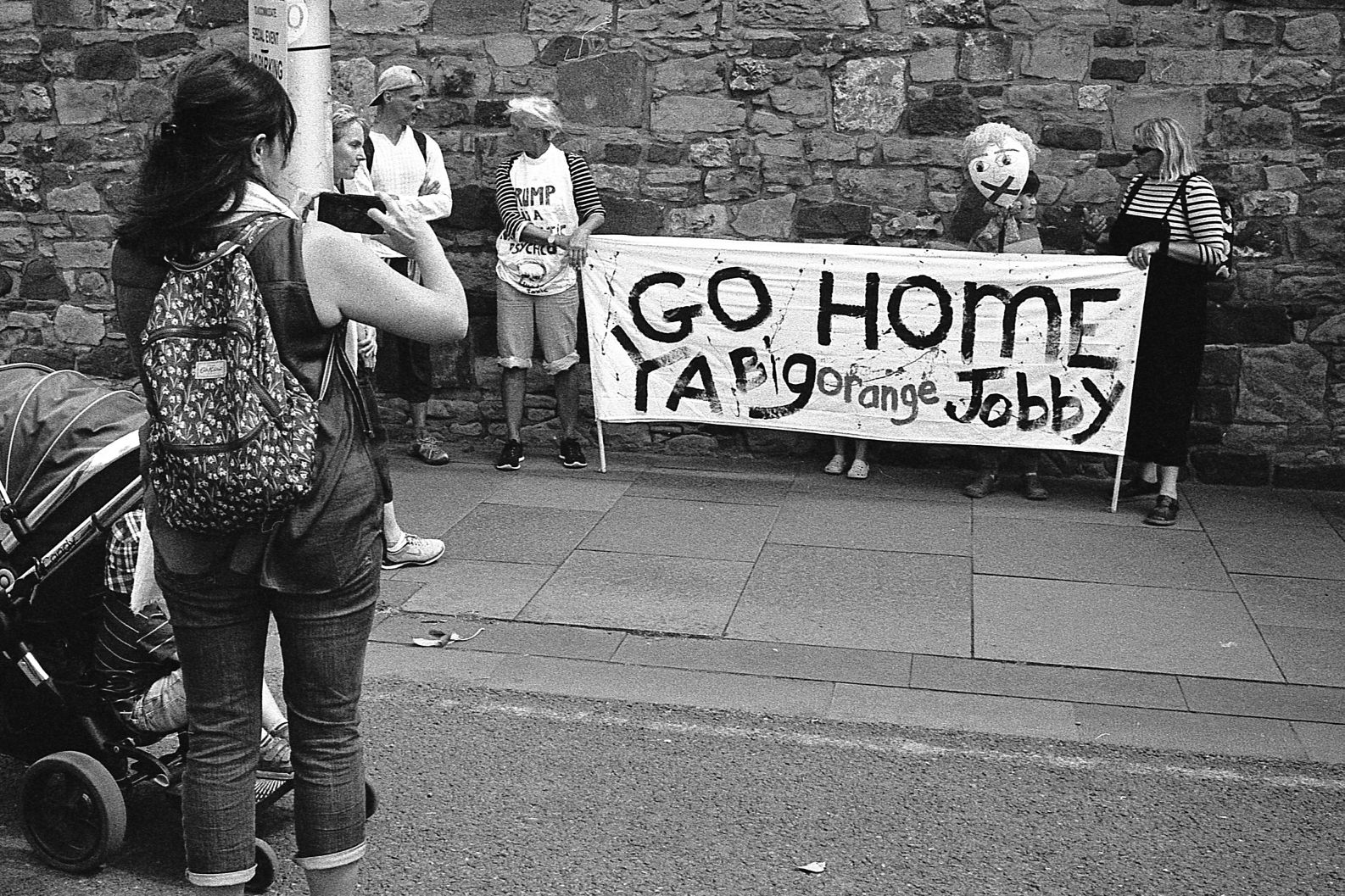 US President Donald Trump decided to visit Scotland in the summer of 2018.  The locals weren’t so keen to welcome him, so took to the streets of Edinburgh to point this out.  Me and my camera were also there. 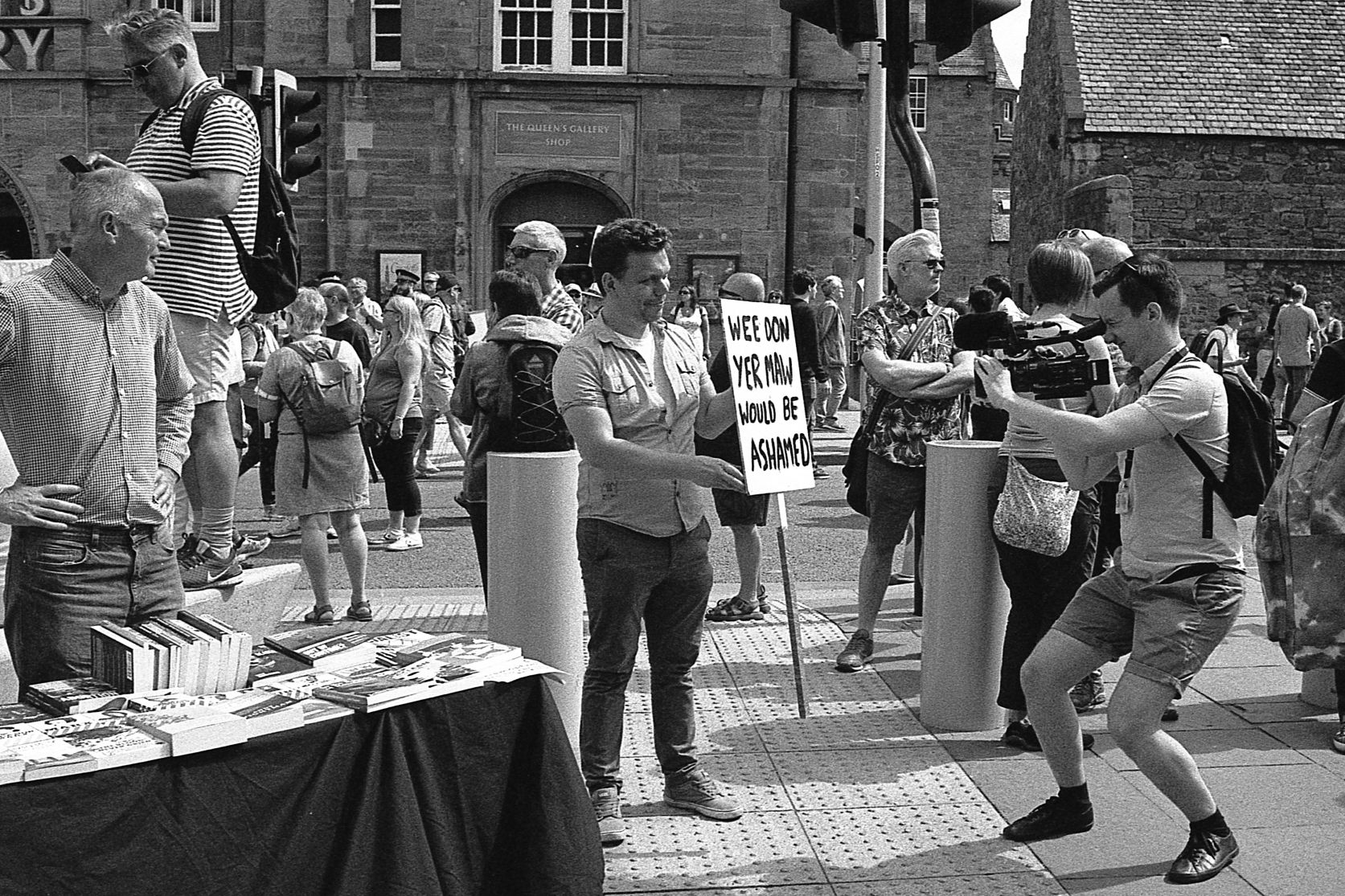 A very genial protest, this one.  Families, OAP’s, pet dogs, and so on, all enjoying the march through the sunny streets to protest Trump’s visit. 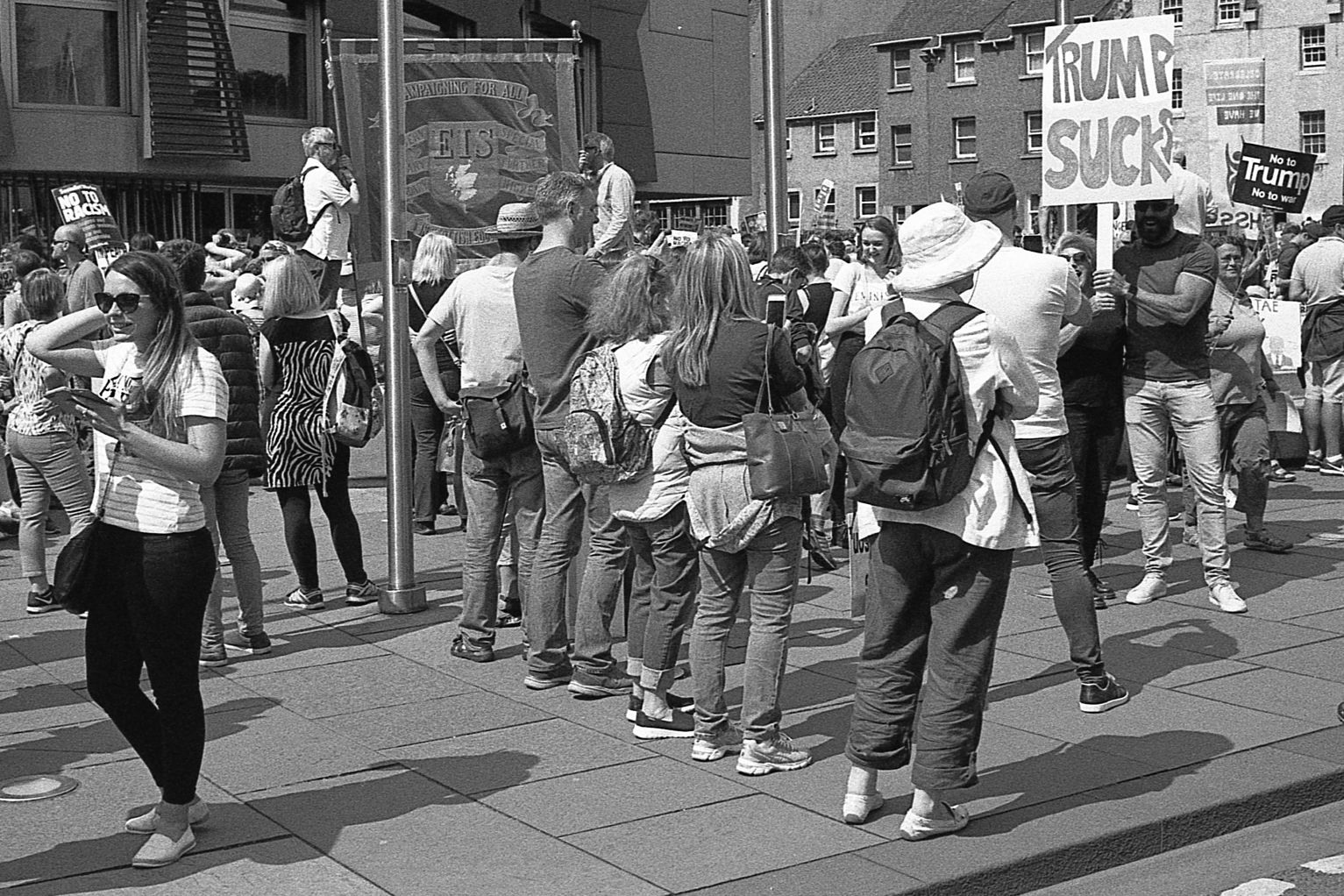 The march started at the Scottish Parliament, where most of these photos were taken.  People gathered, placards were unfurled and a few politicians waffled on into a microphone. 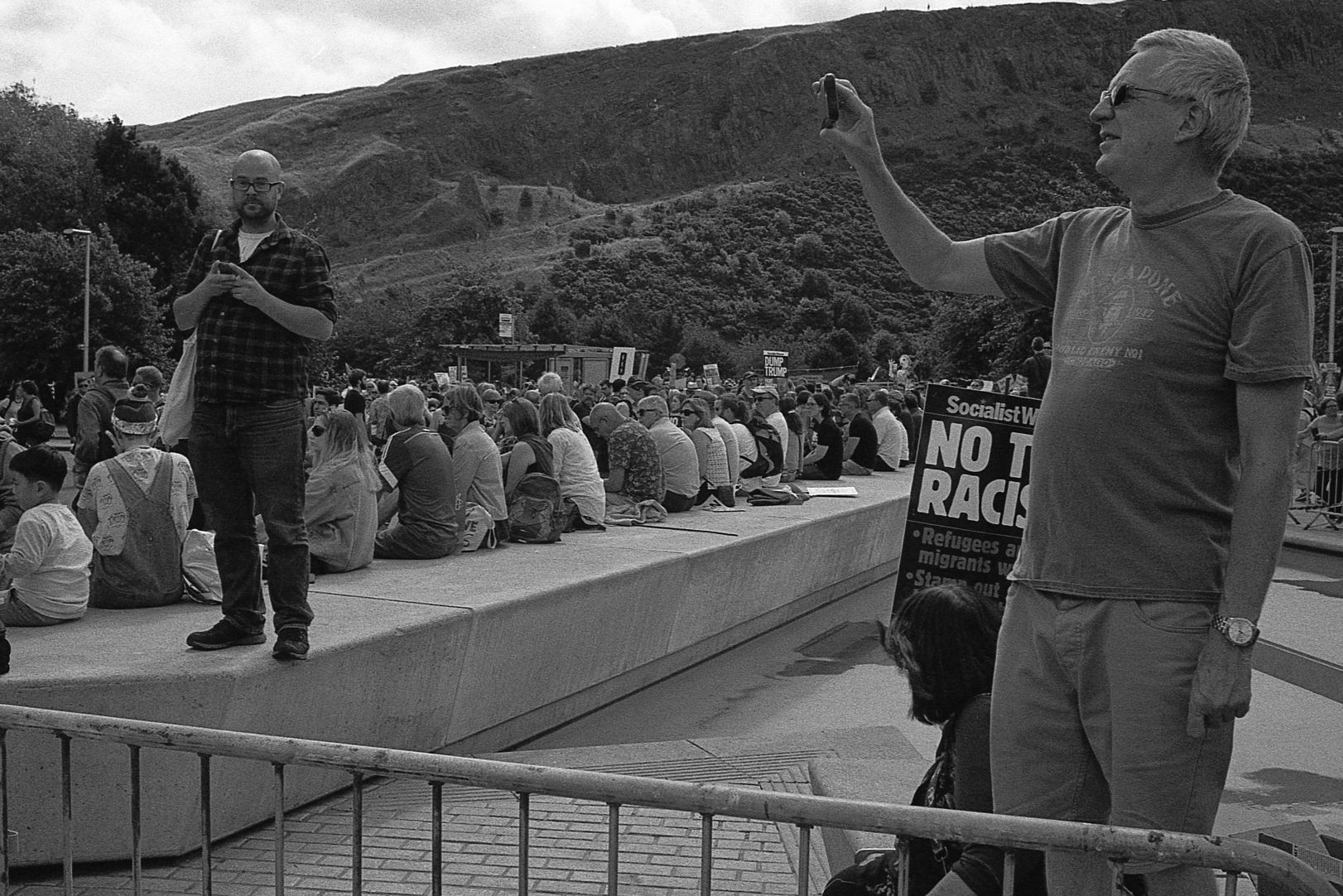 Eventually the march got going.  Through the city centre and passed the bemused tourists, eventually reaching the Meadows park for more speeches. 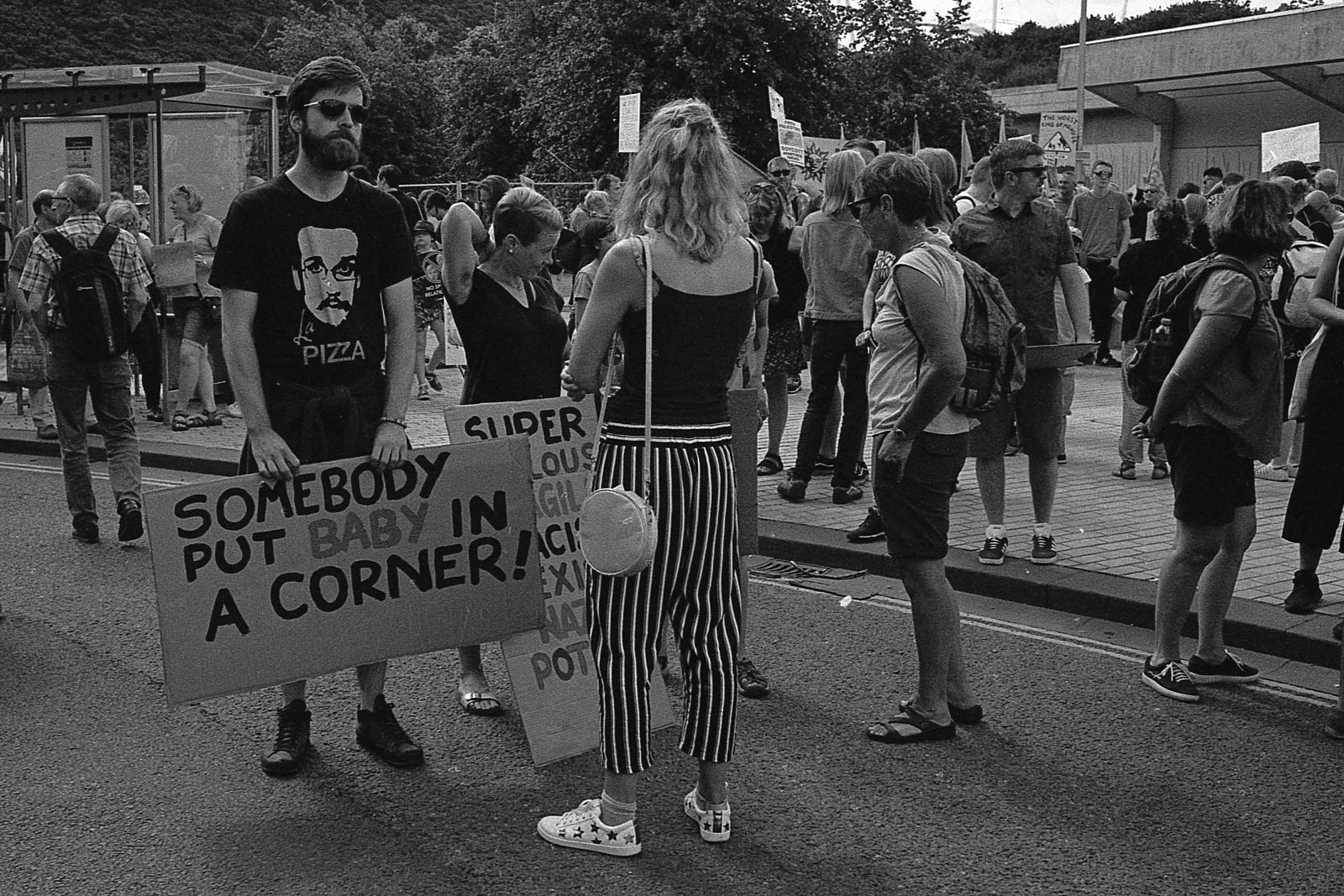 Also making an appearance was the Trump baby blimp, fresh from it’s appearance at the anti-Trump demo in London the day before.  Look out for it in the last photo! 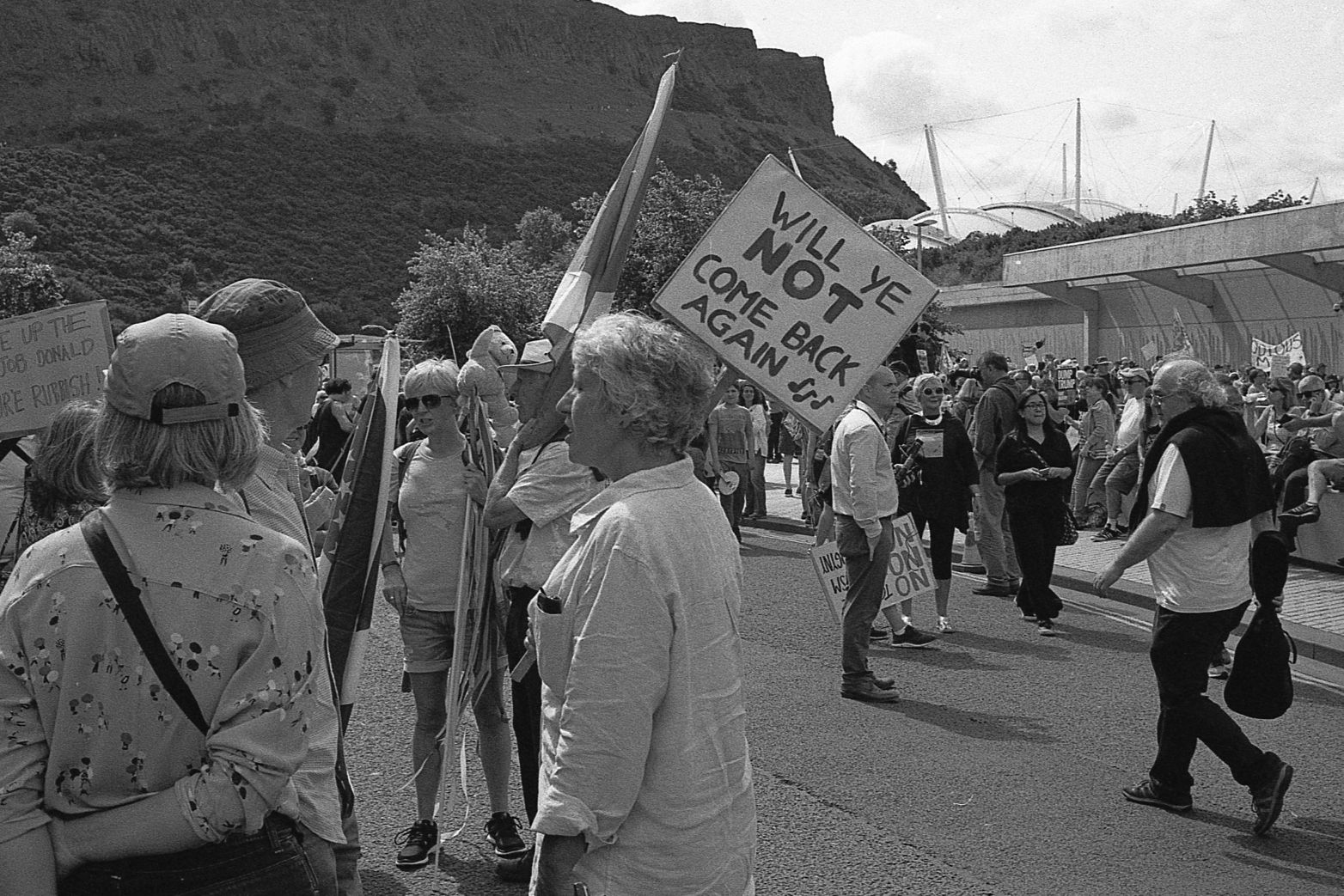 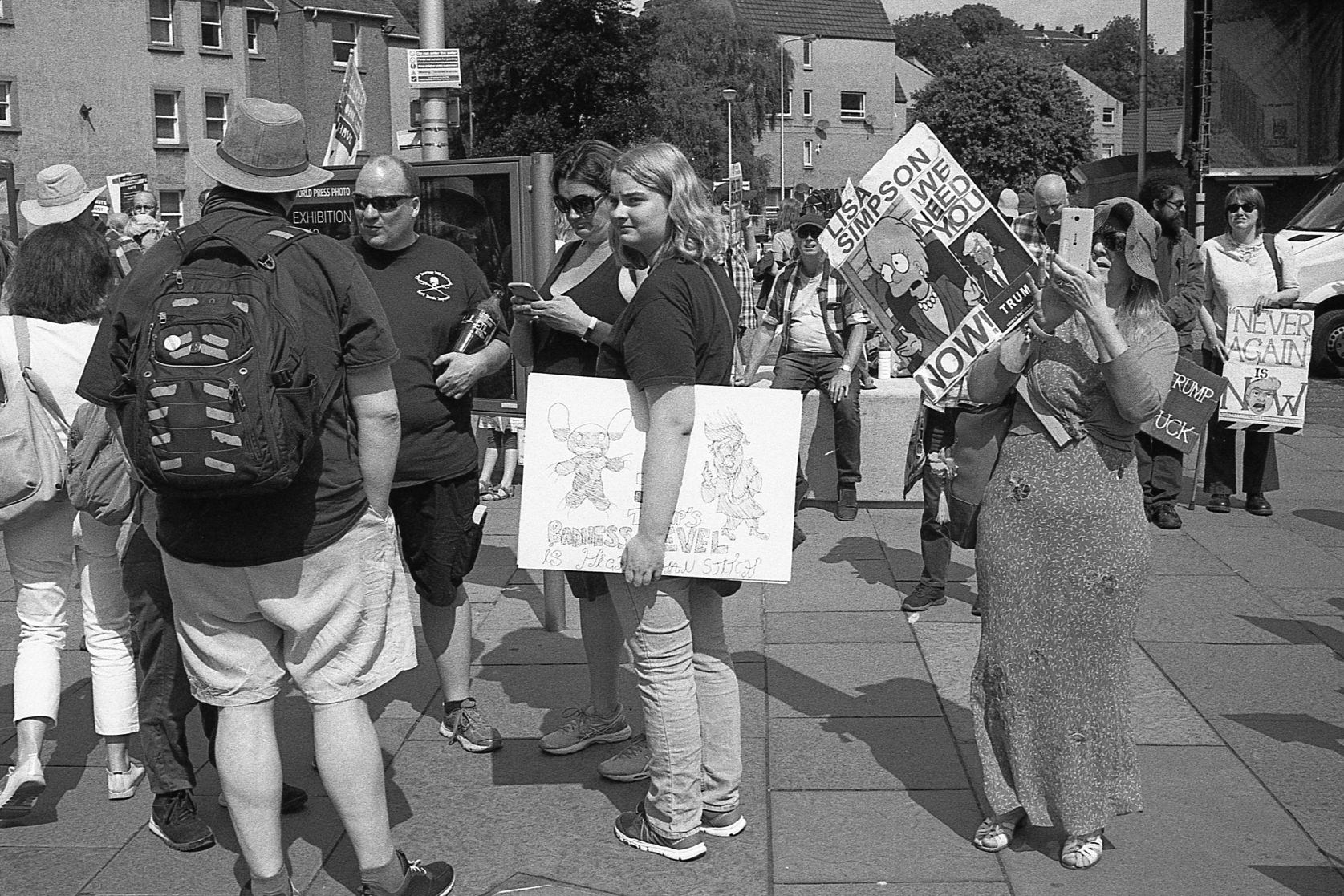 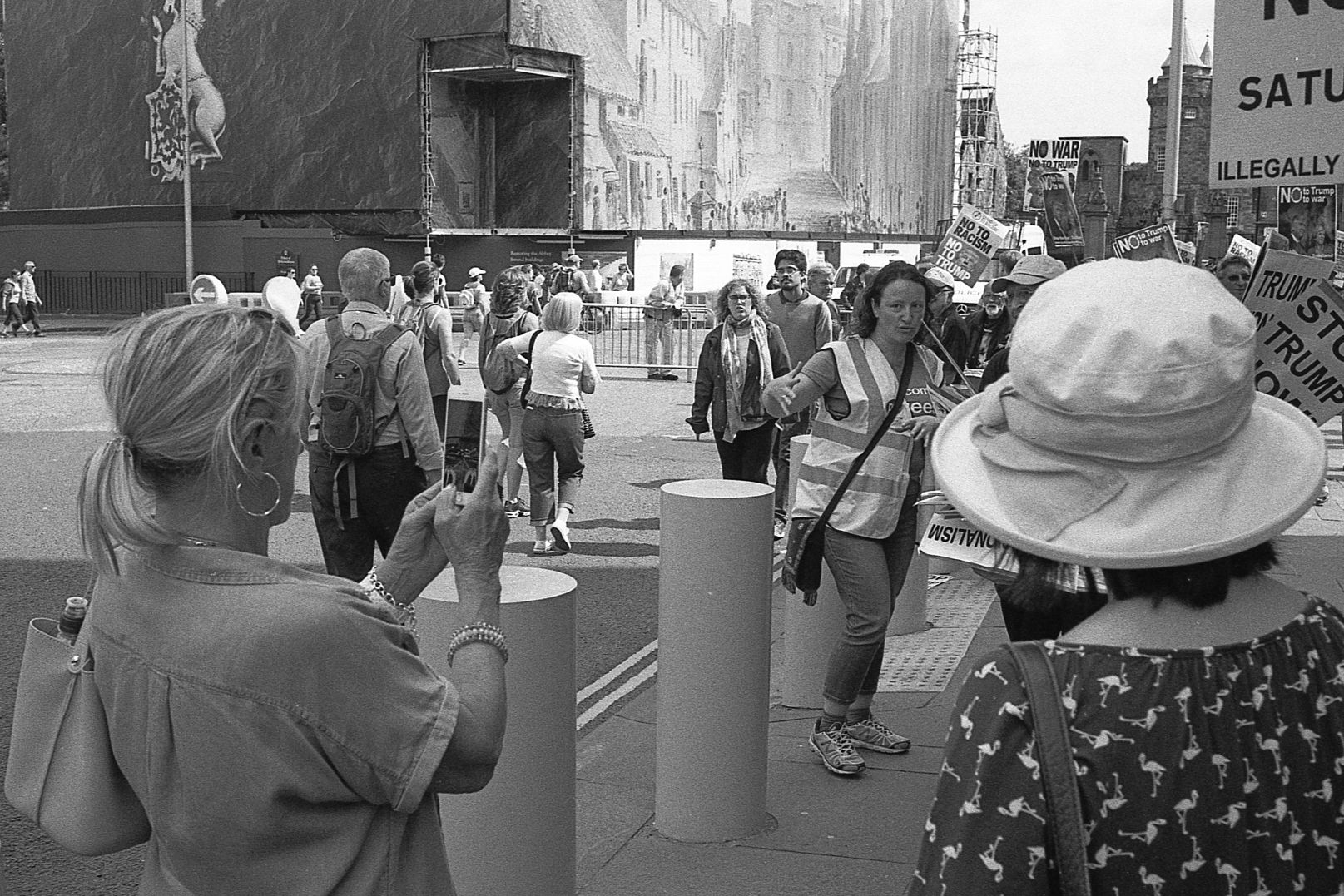 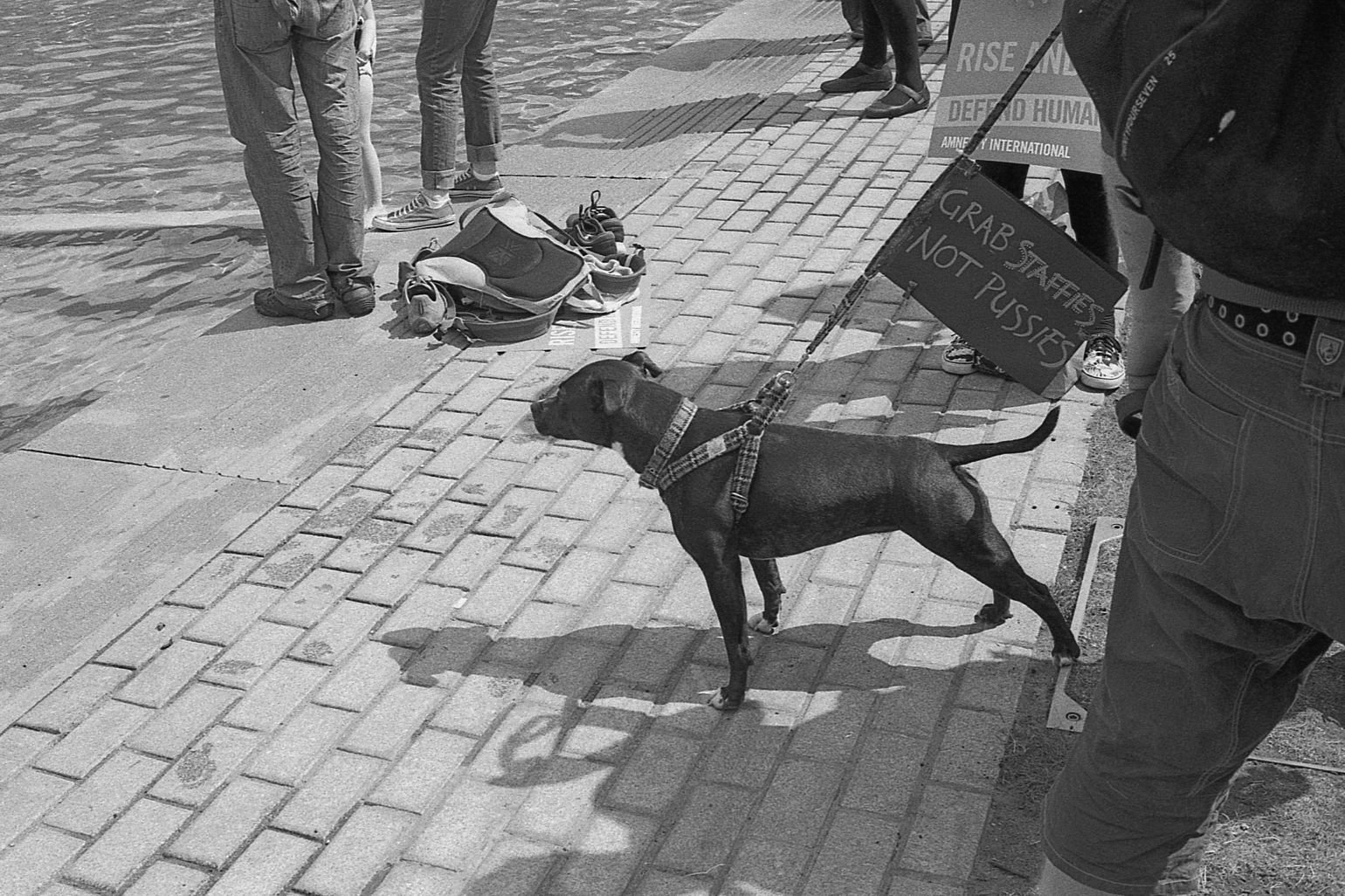 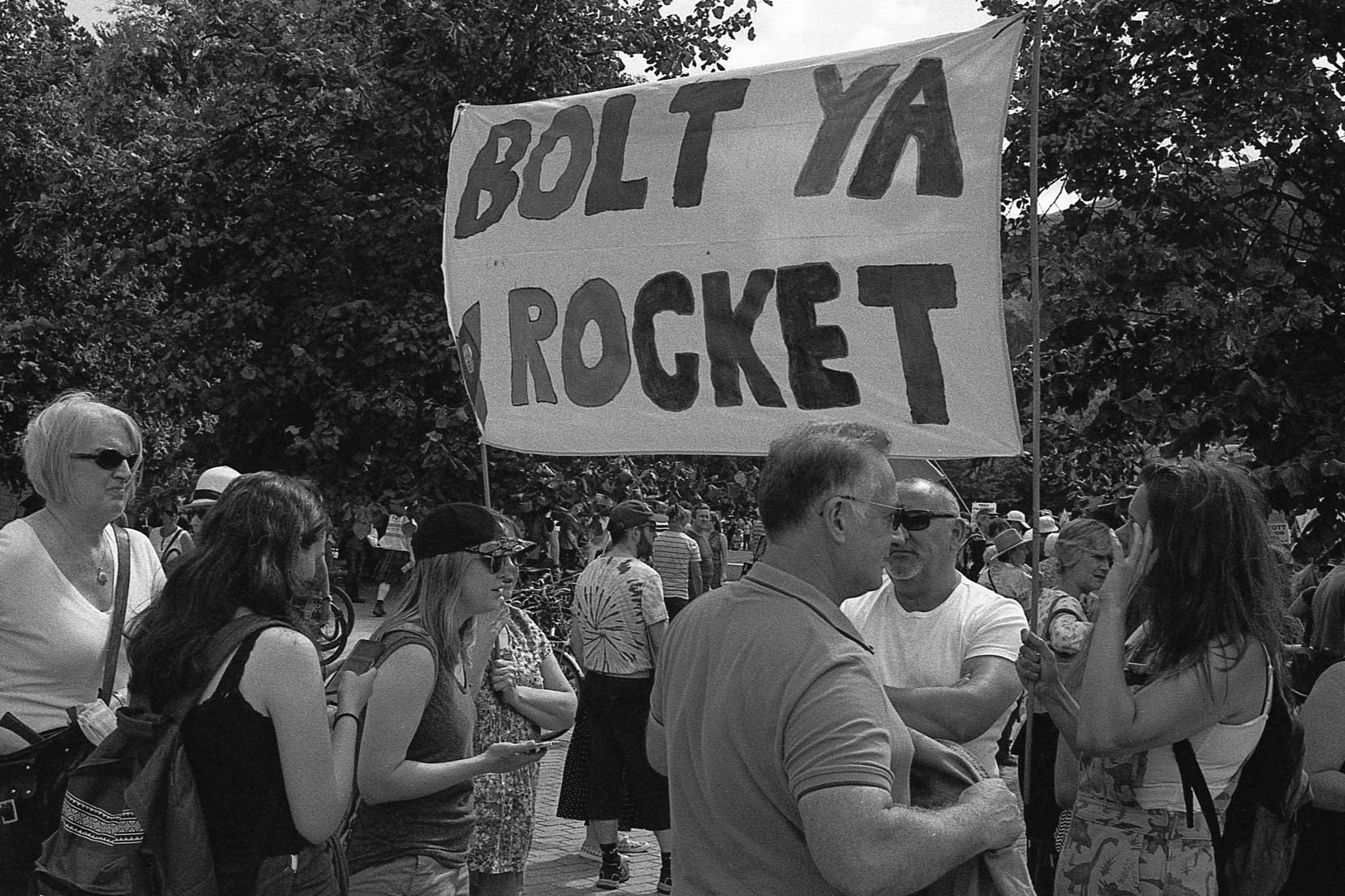 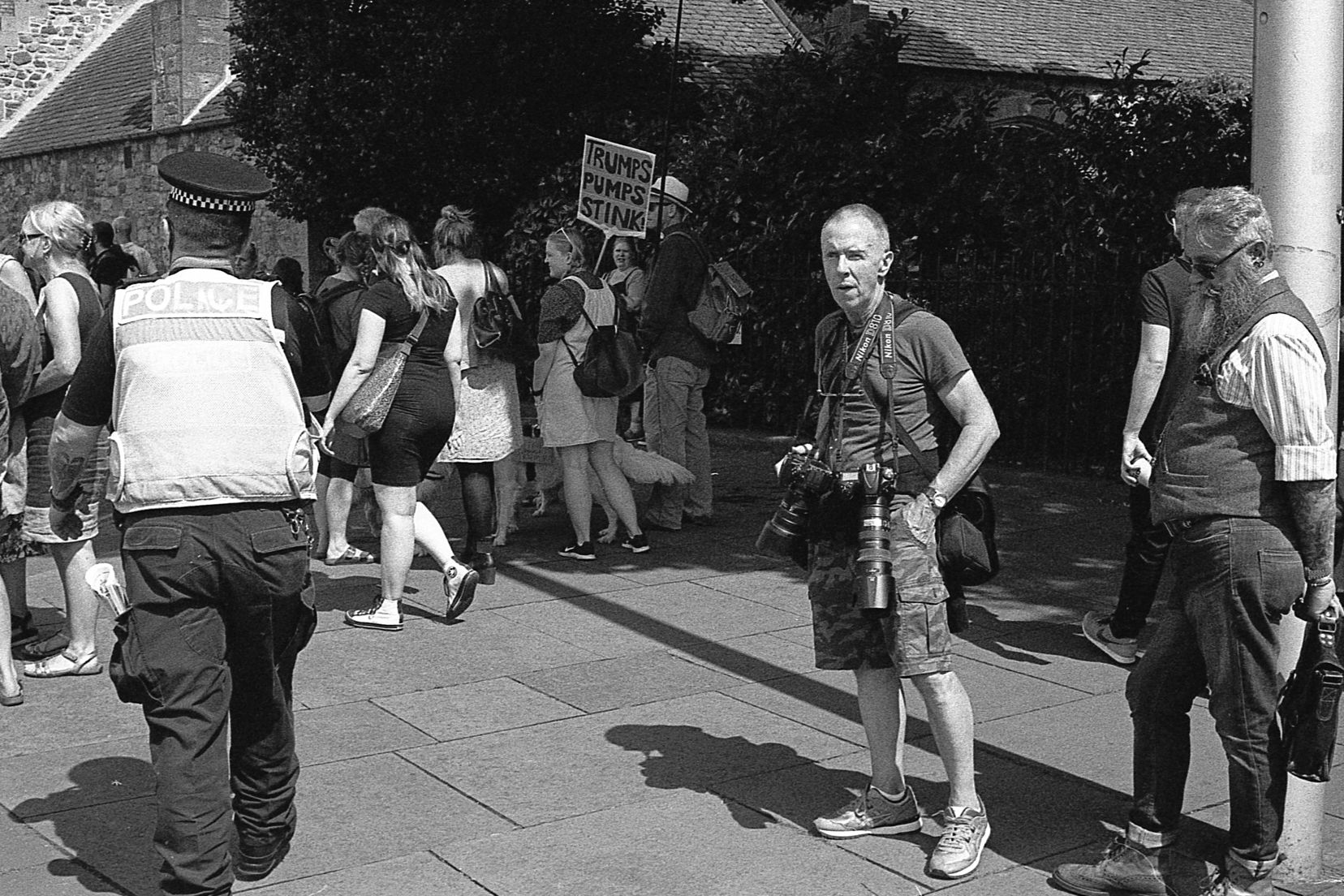 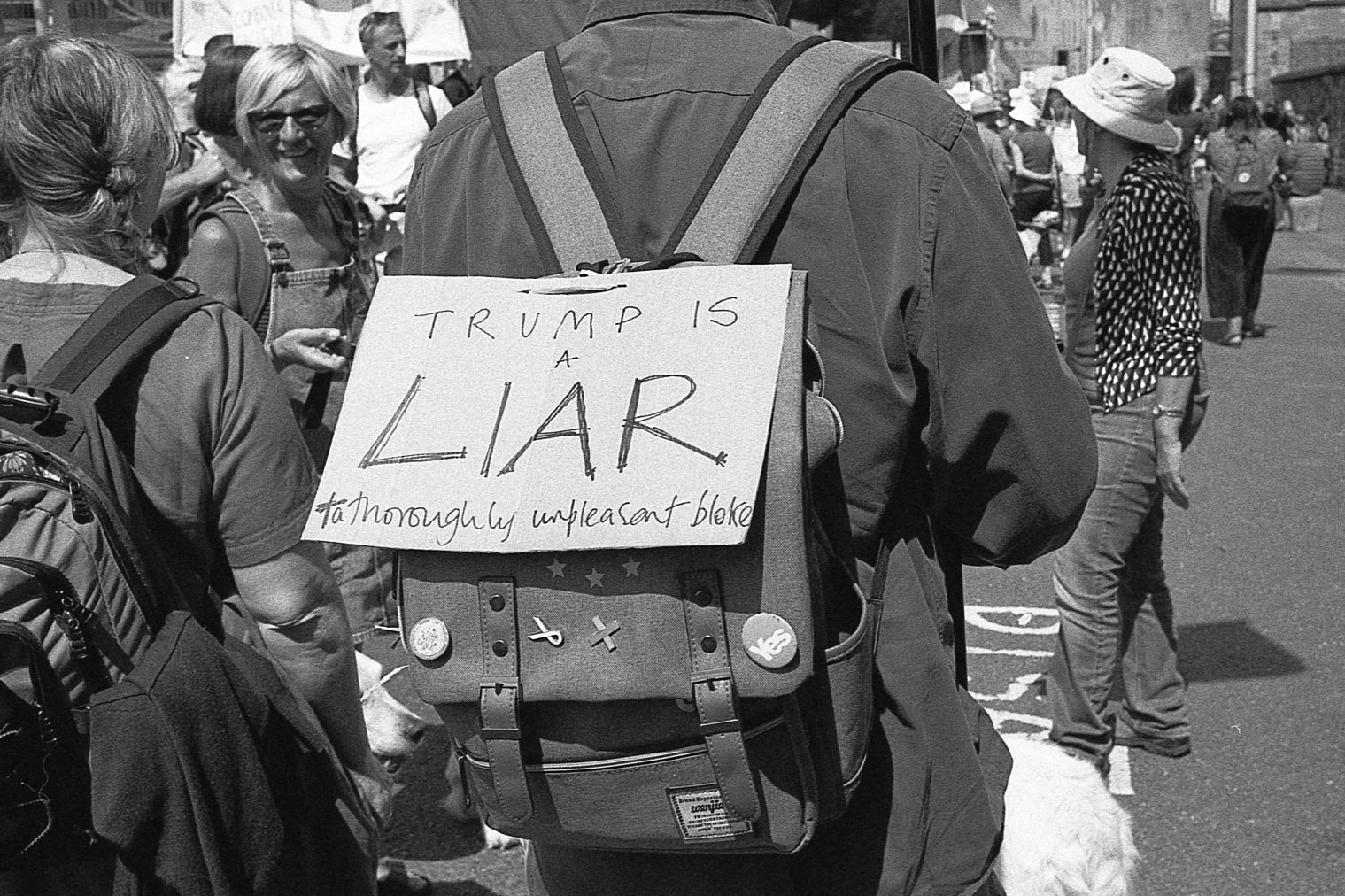 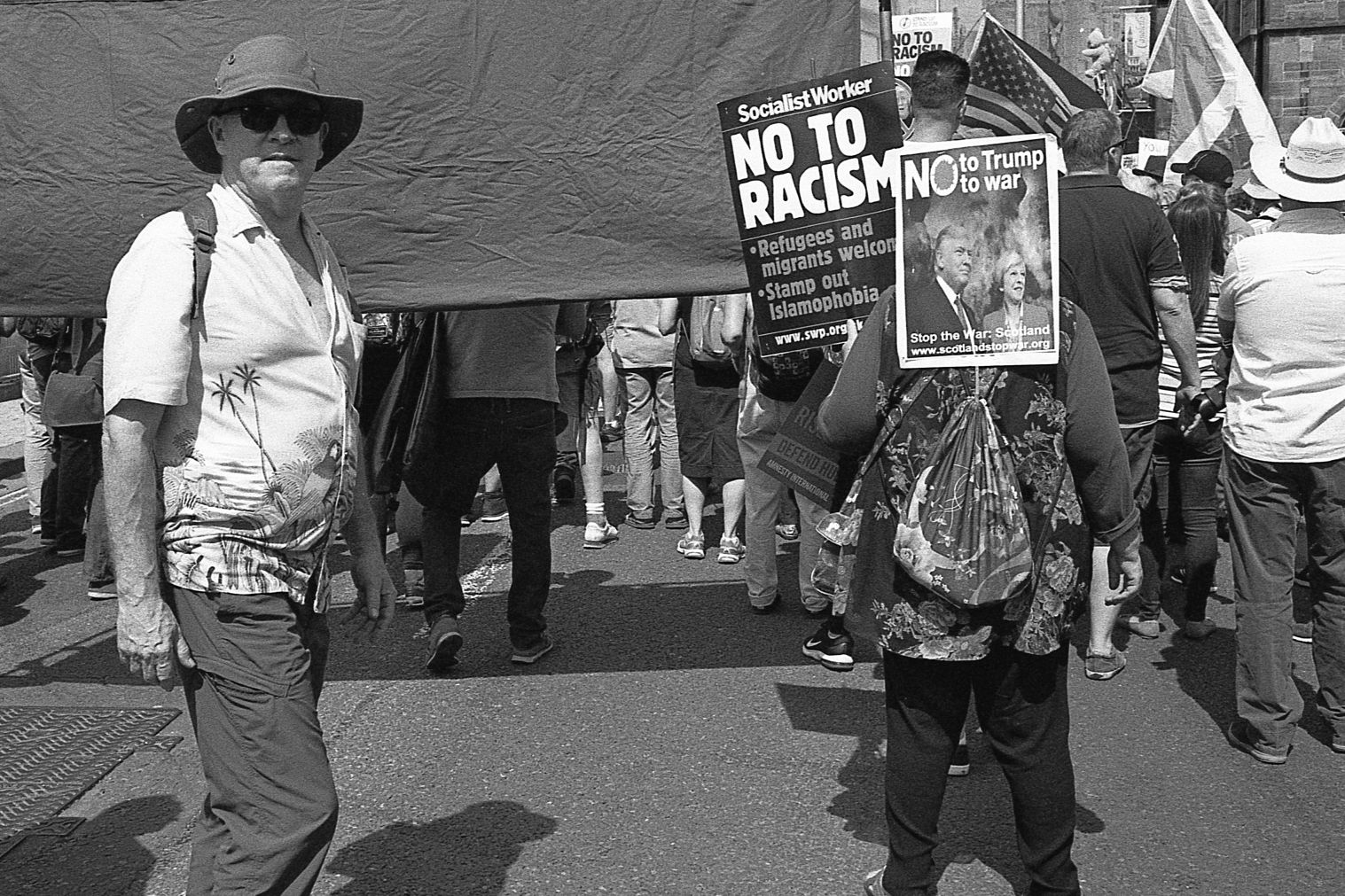 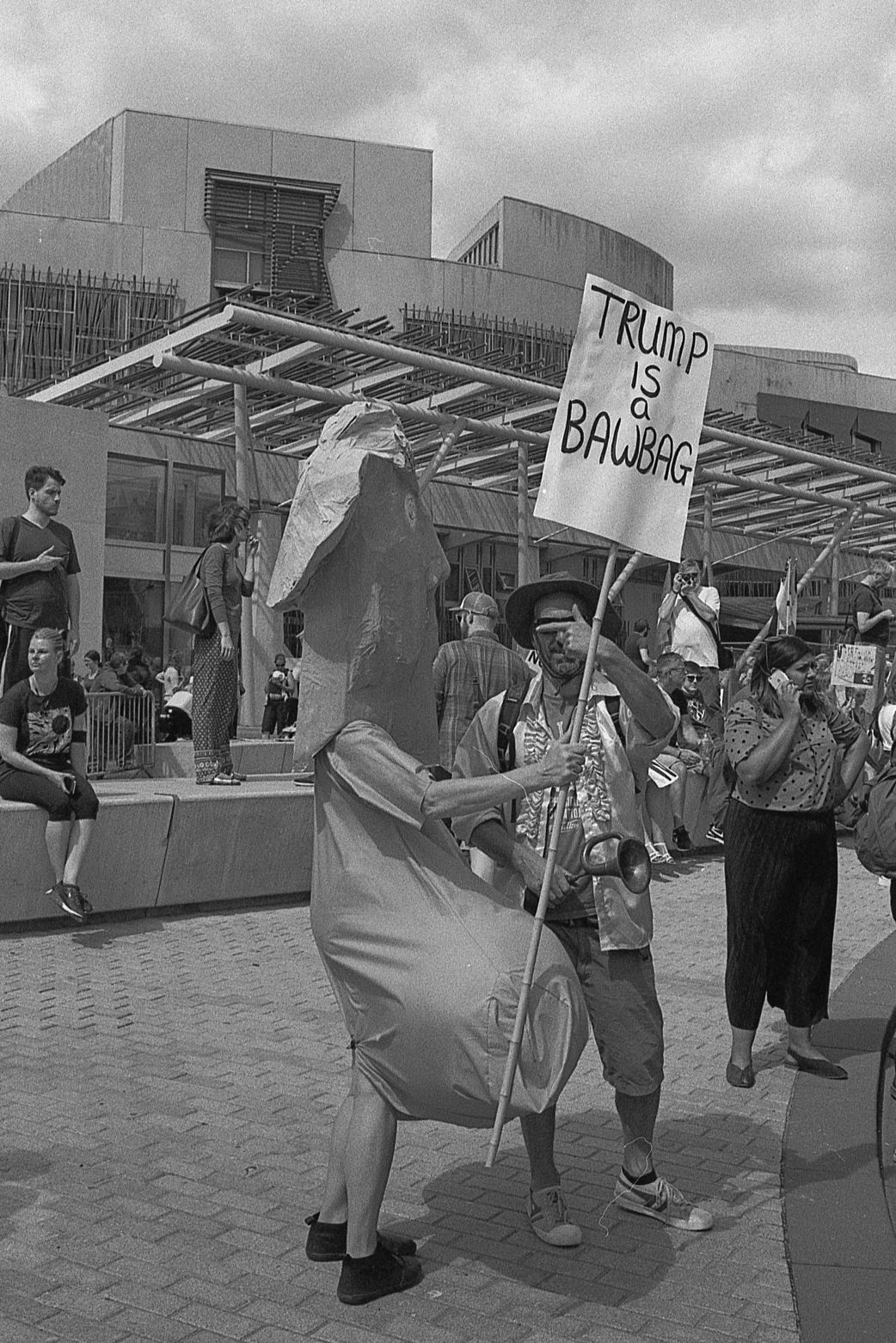 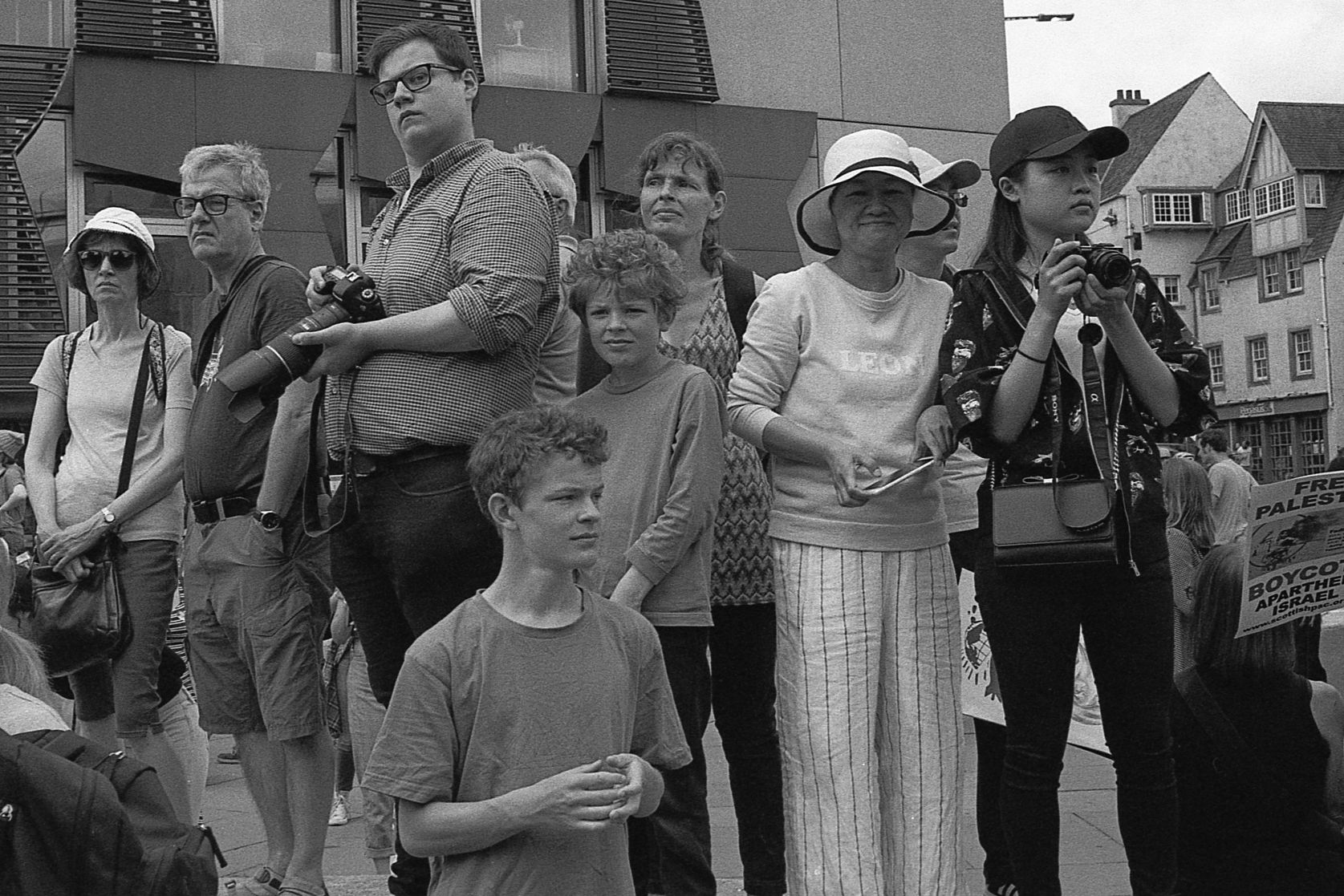 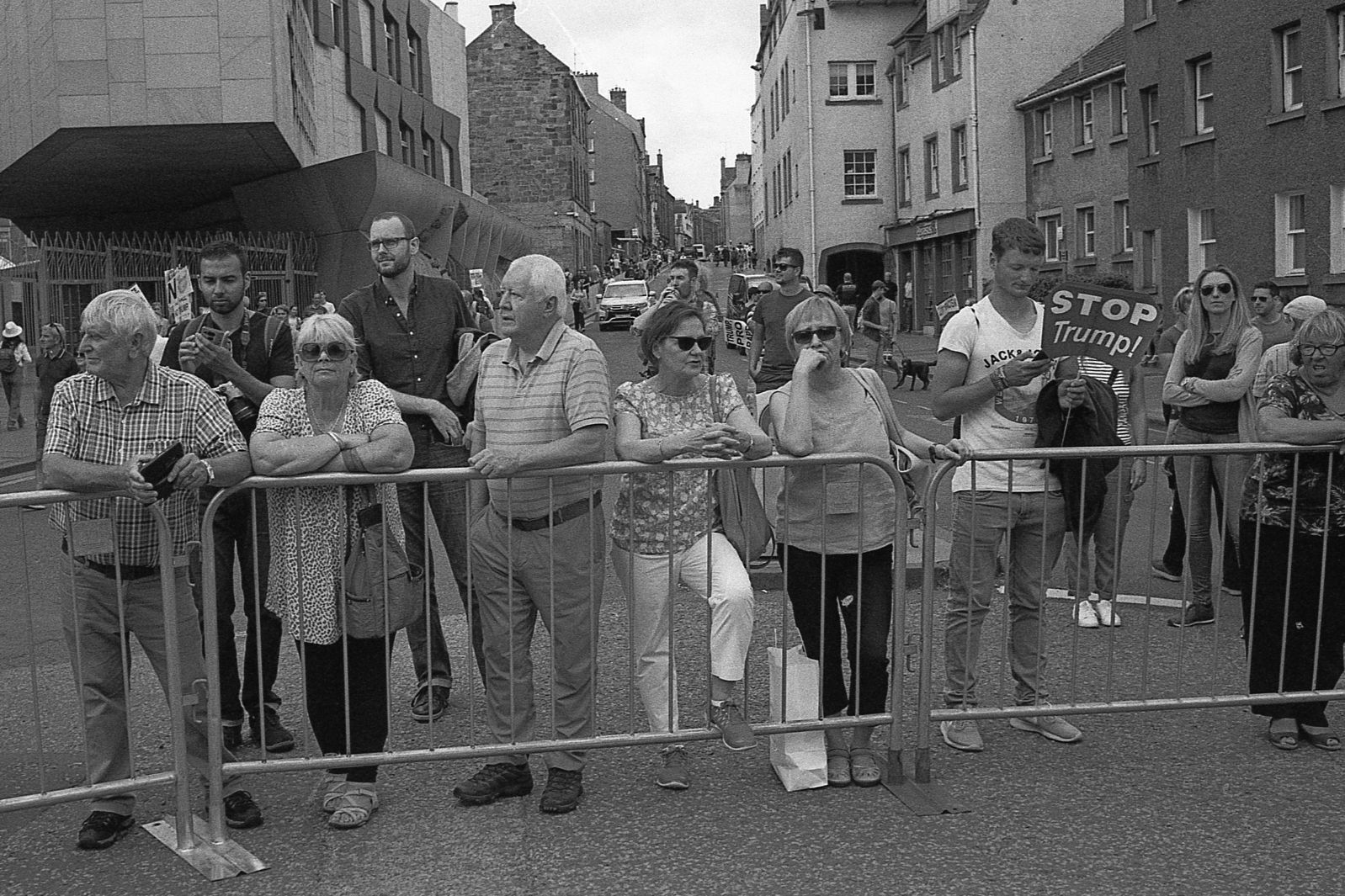 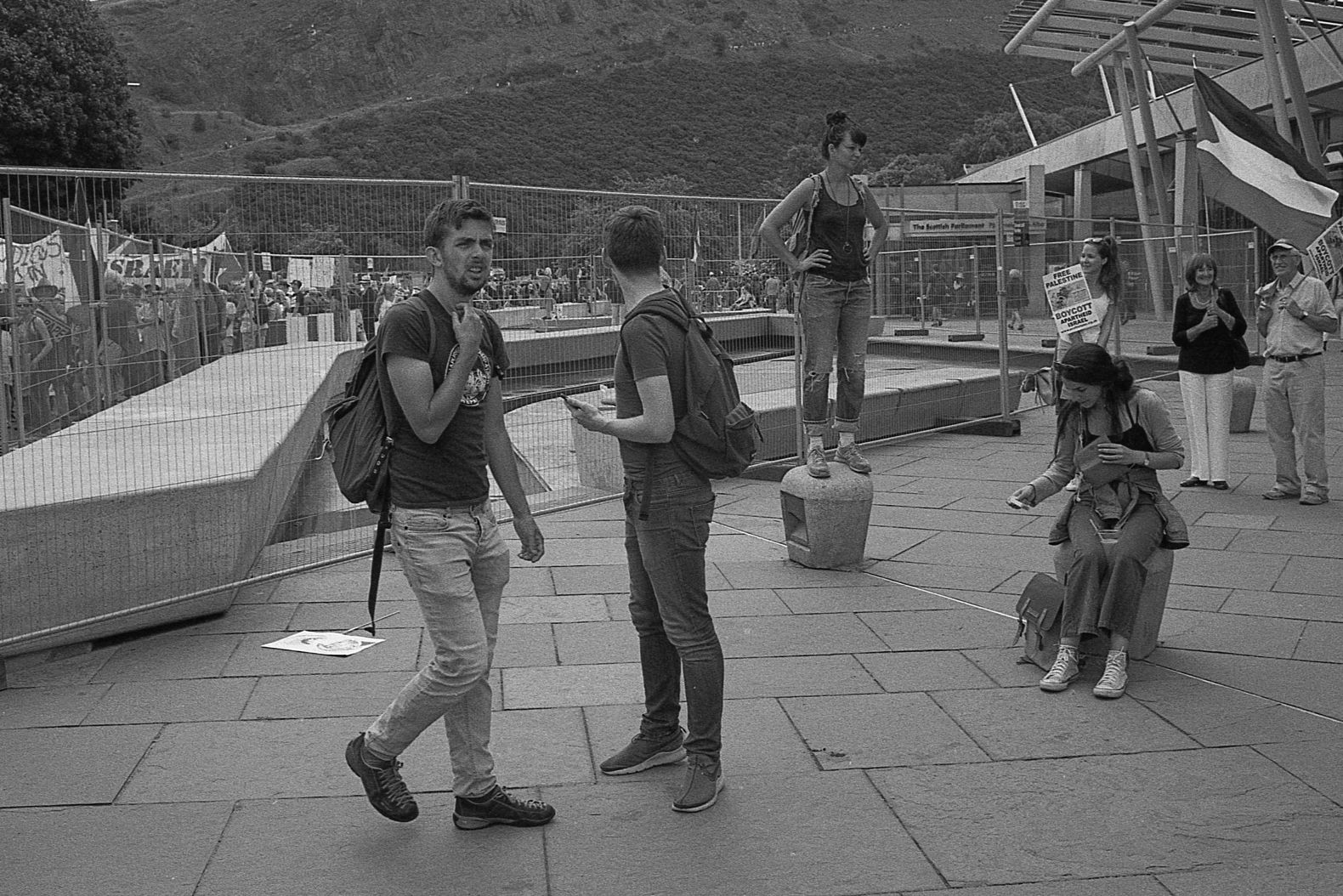 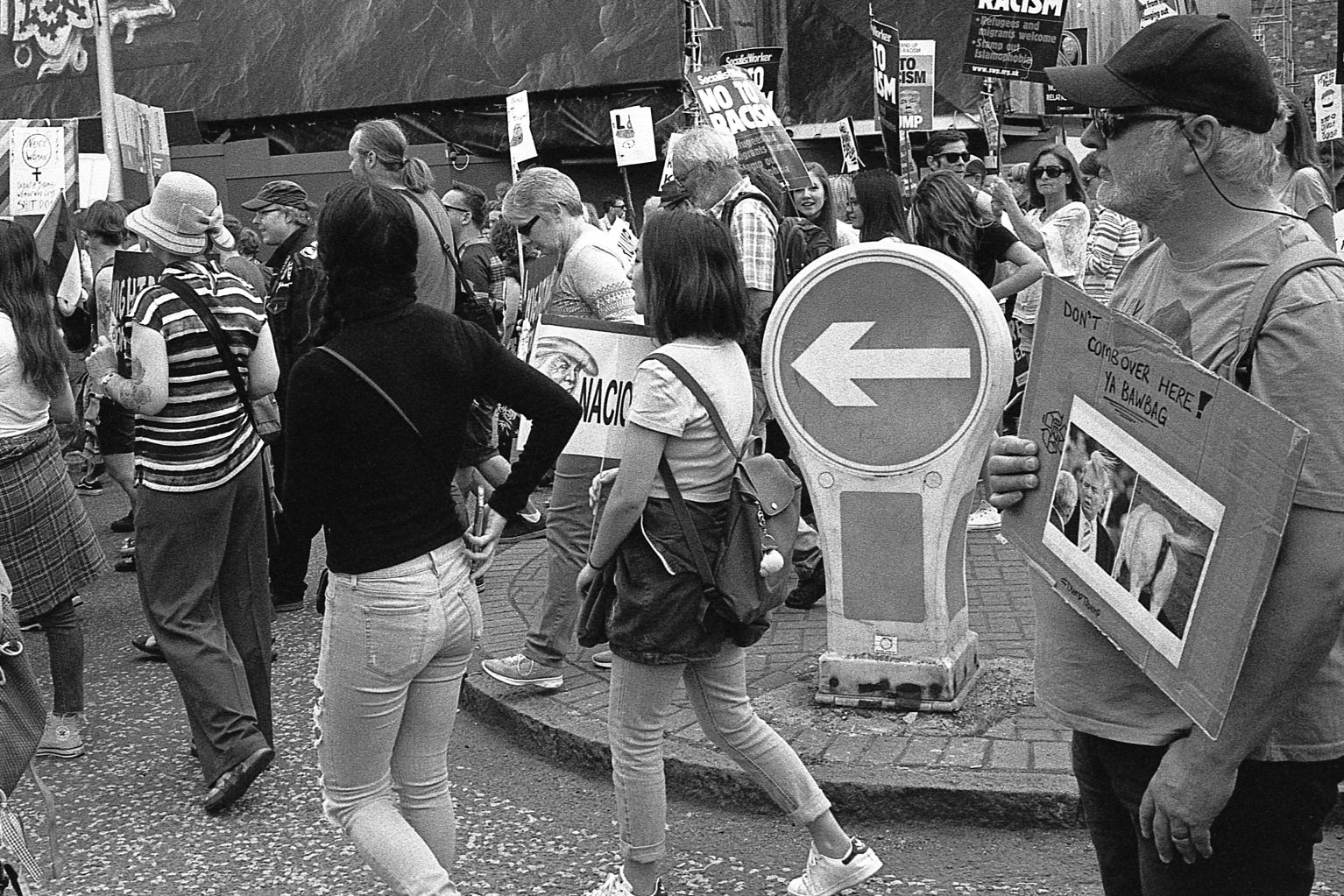 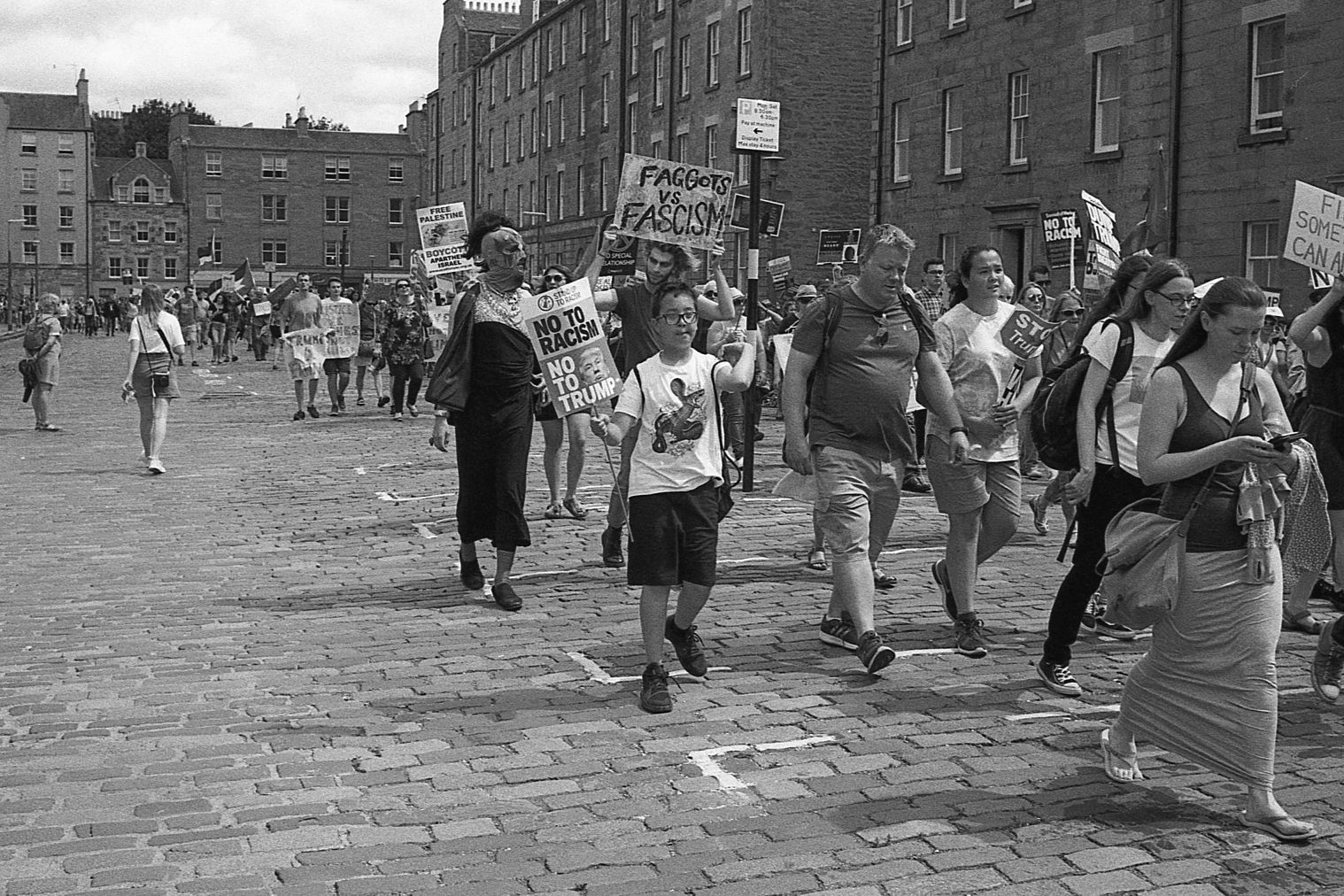 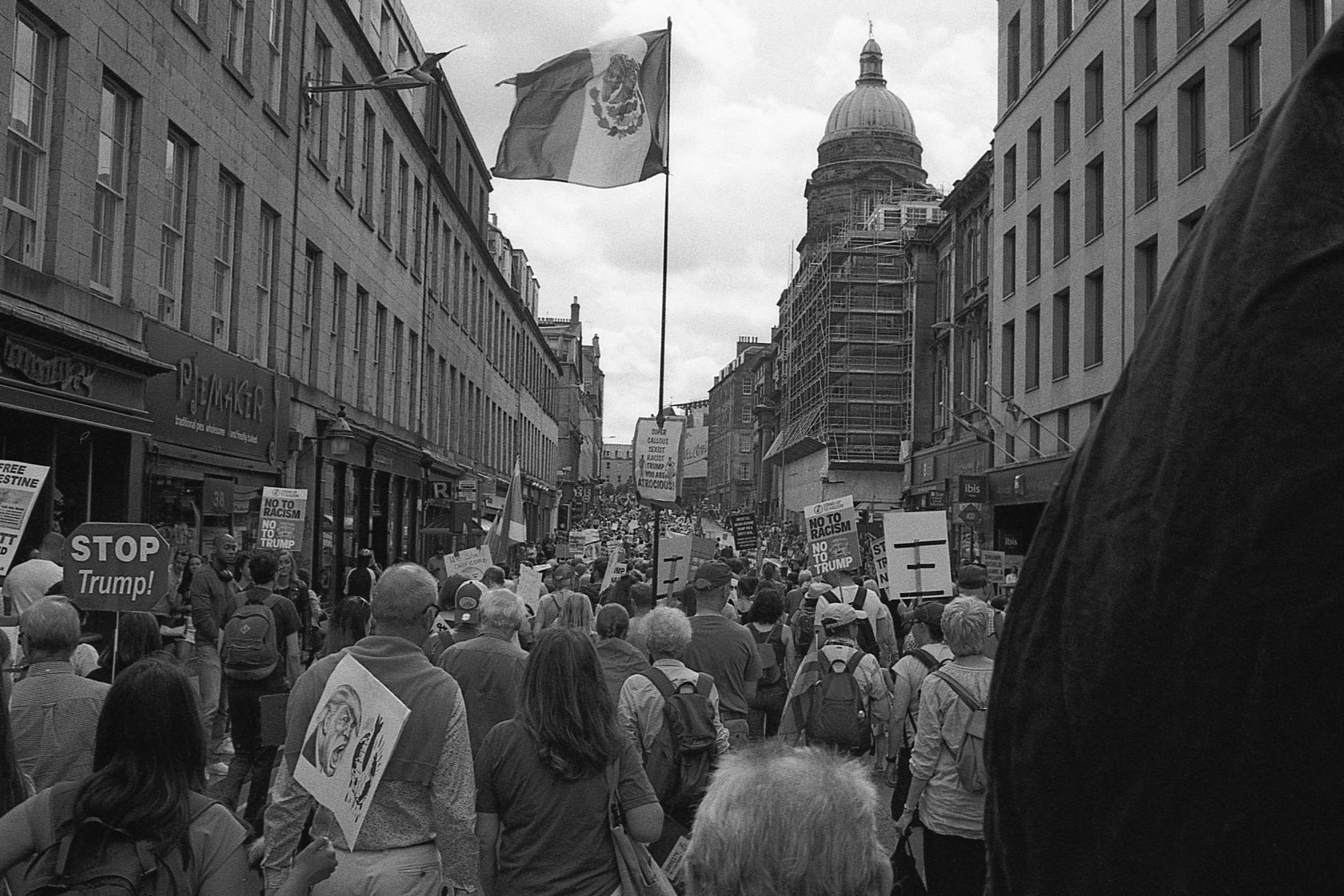 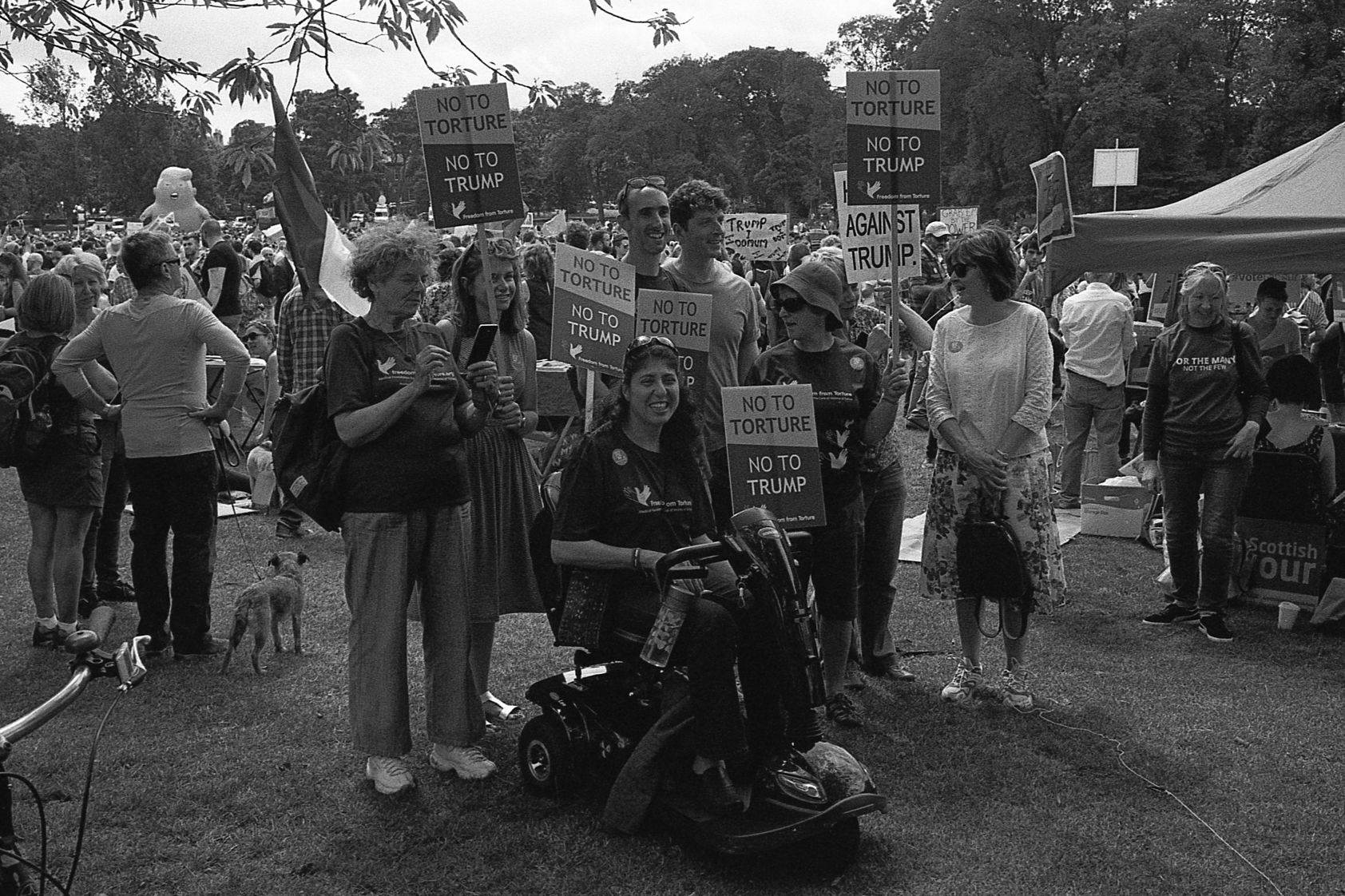 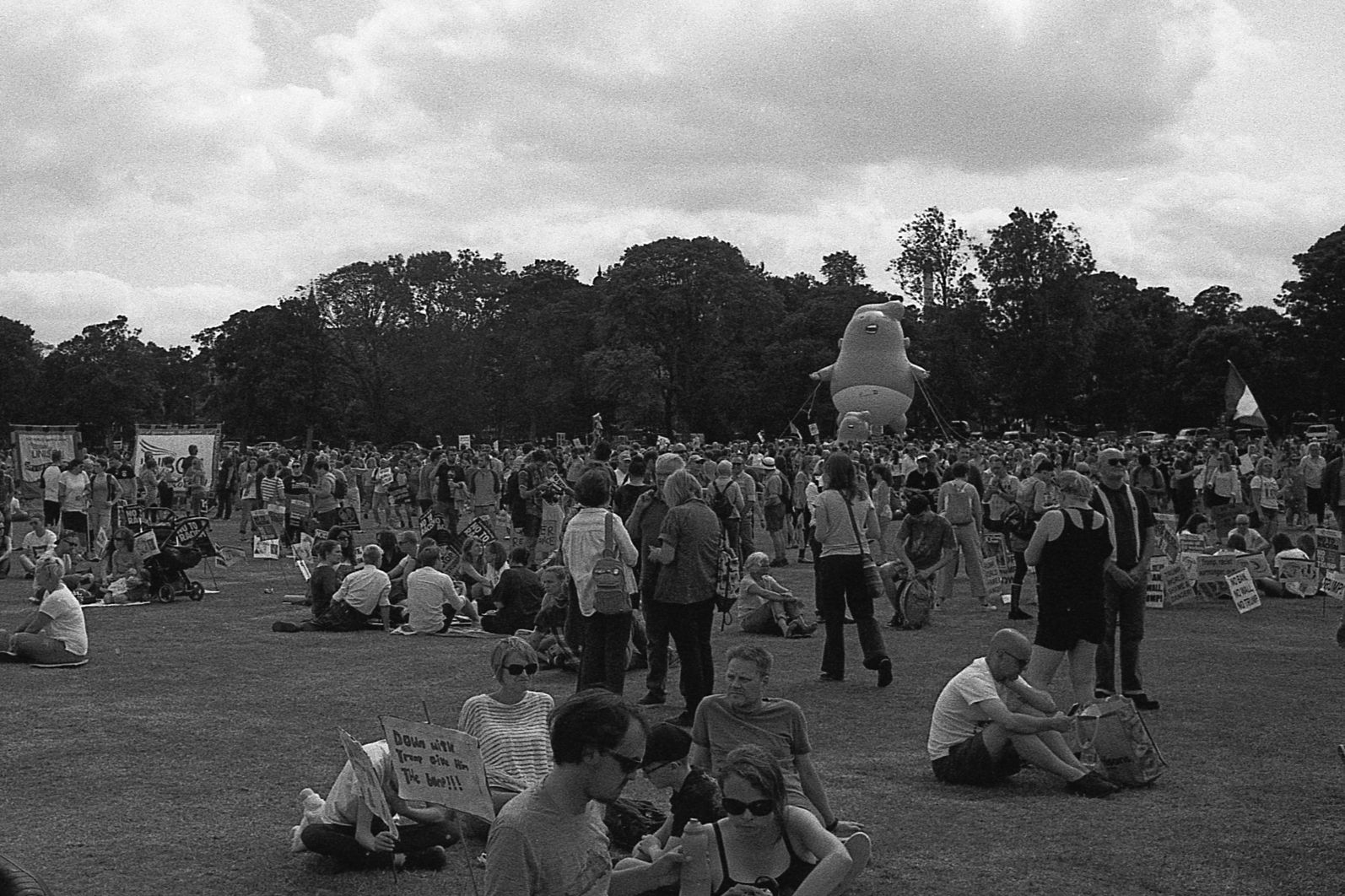