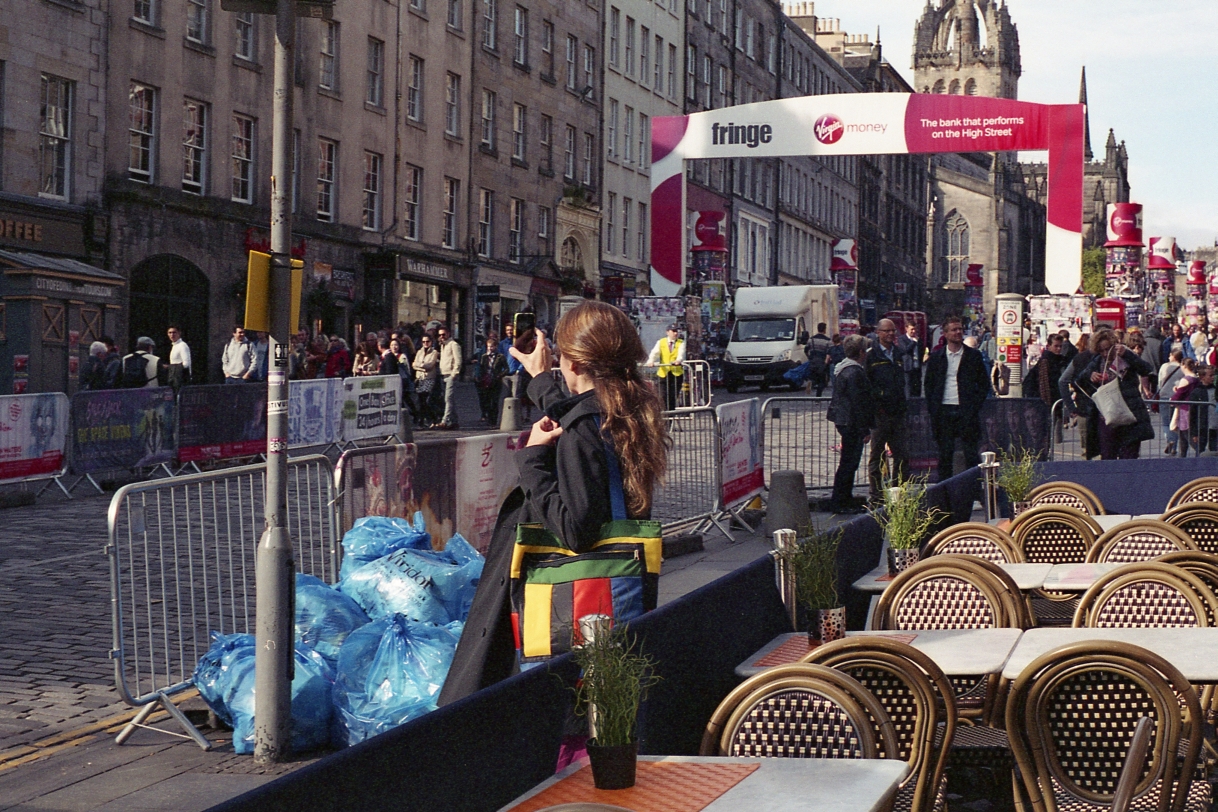 Treading the pavements with my trusty camera bag is quick to throw up the odd niggle or two.  One of these is the bag’s contents.  I’m a “just chuck it in” kind of guy, fine for the bigger stuff (fleece, hat, juice bottle, magazine, camera) but the wee stuff gets lost.  A roll of film, even in it’s neat plastic container, is wee stuff. 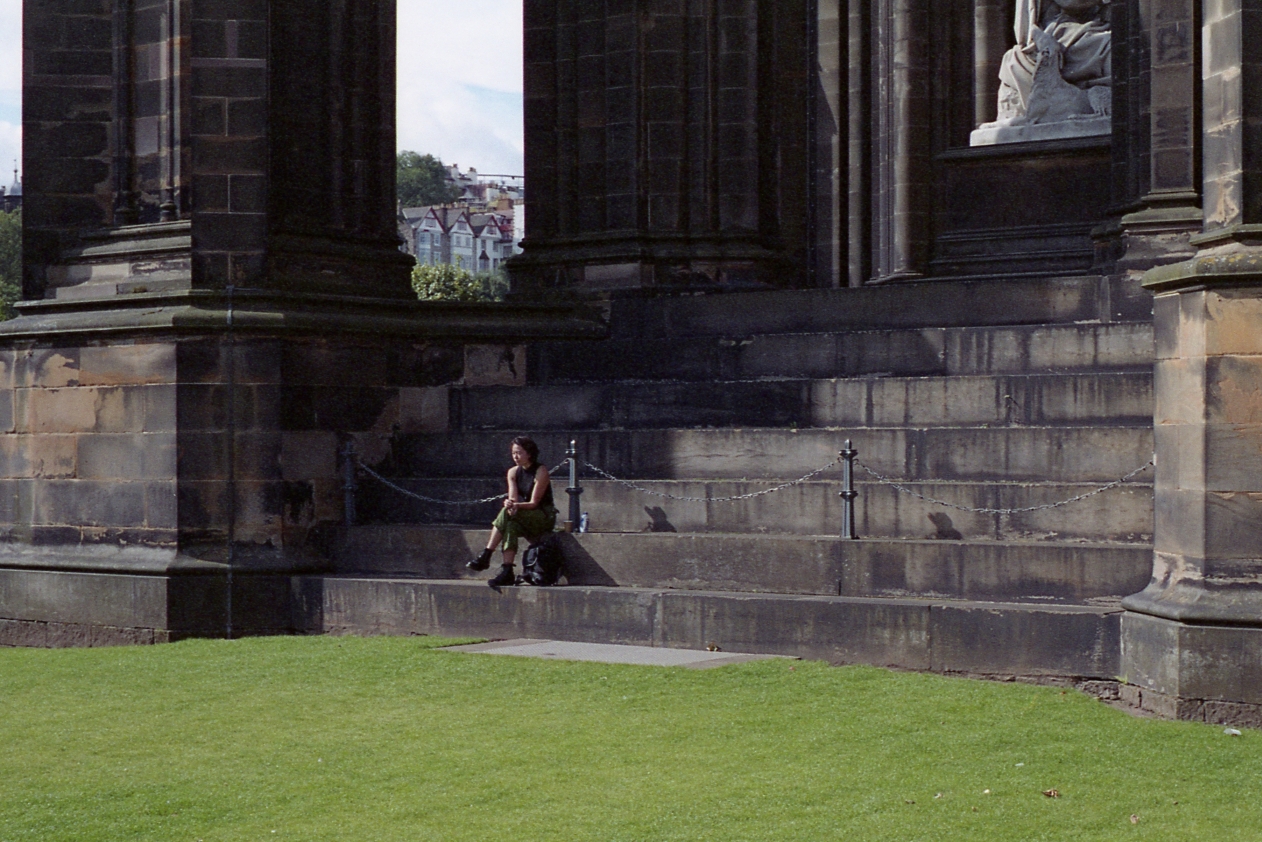 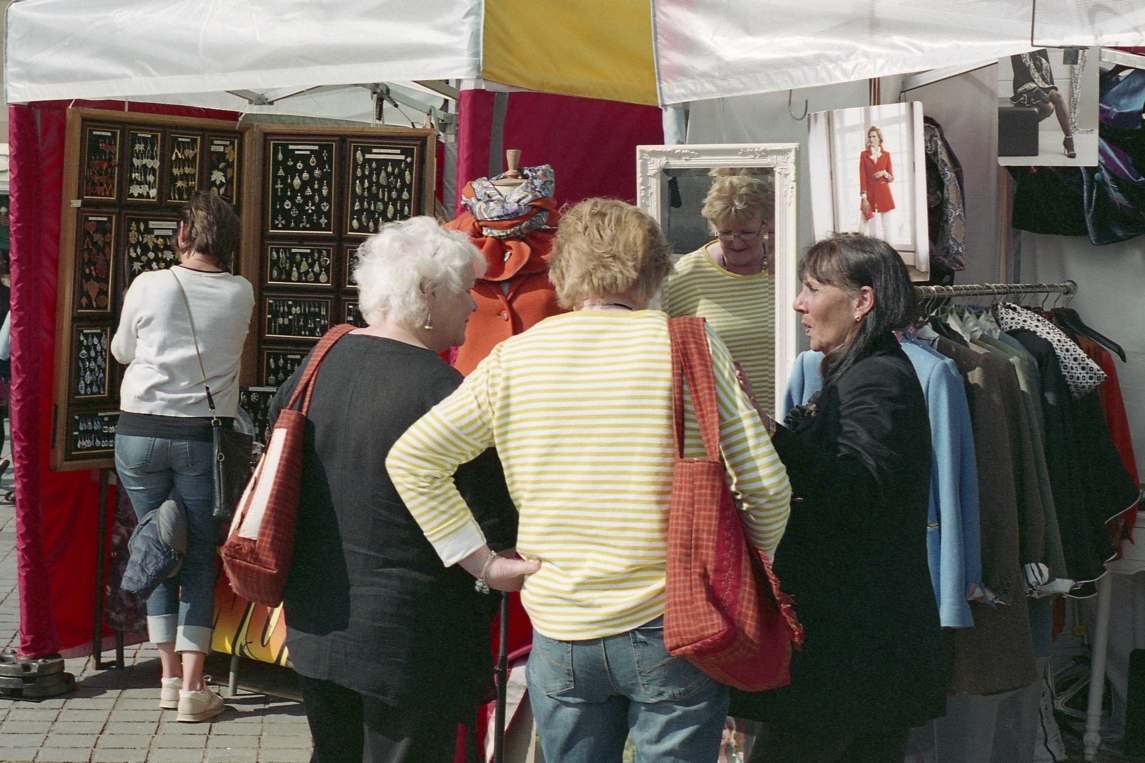 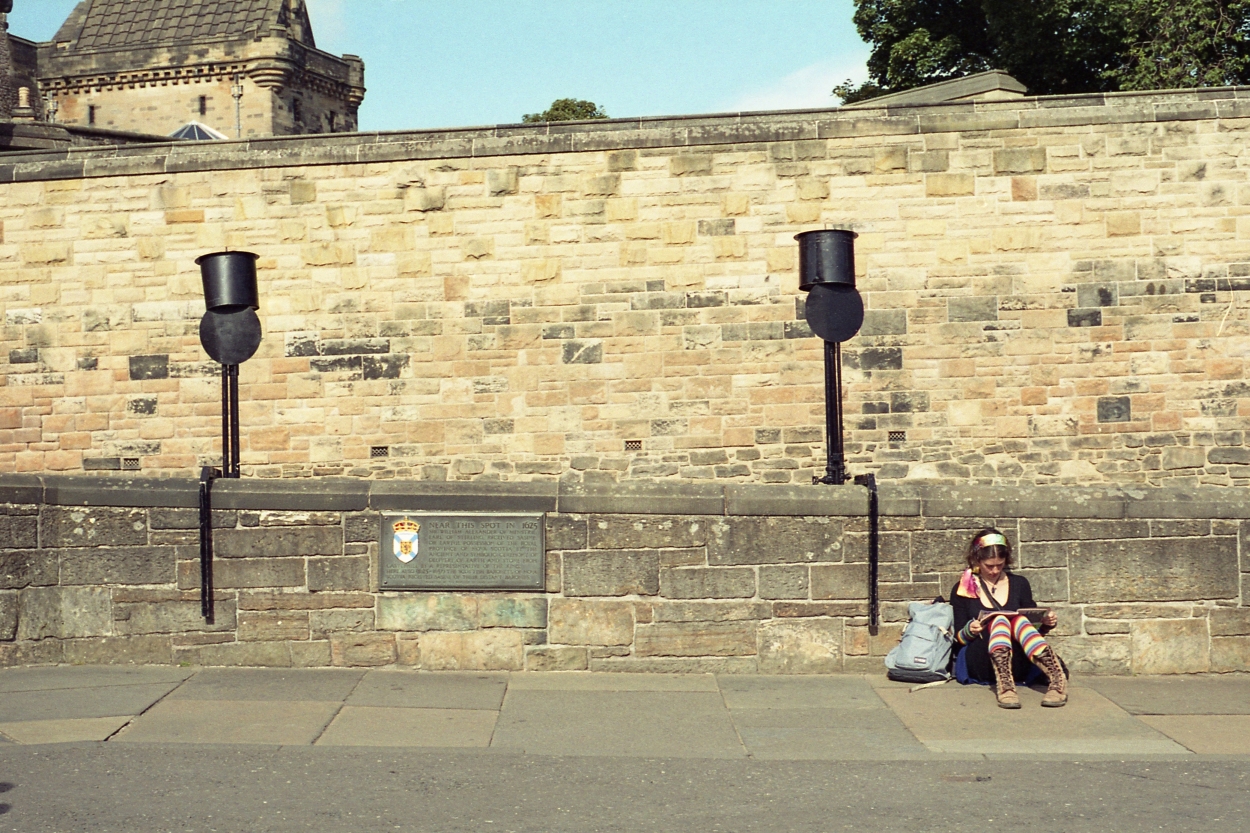 A day on the streets inevitably involves a ten-minute spell of “hunt the film” at some point.  The fresh roll runs round and round the bottom of the bag, deftly avoiding my grasping hands.  All this while trying not to drop an open camera and an exposed roll of film at the same time.  New swear words are invented.  How women manage with their handbags is beyond me, to be honest. 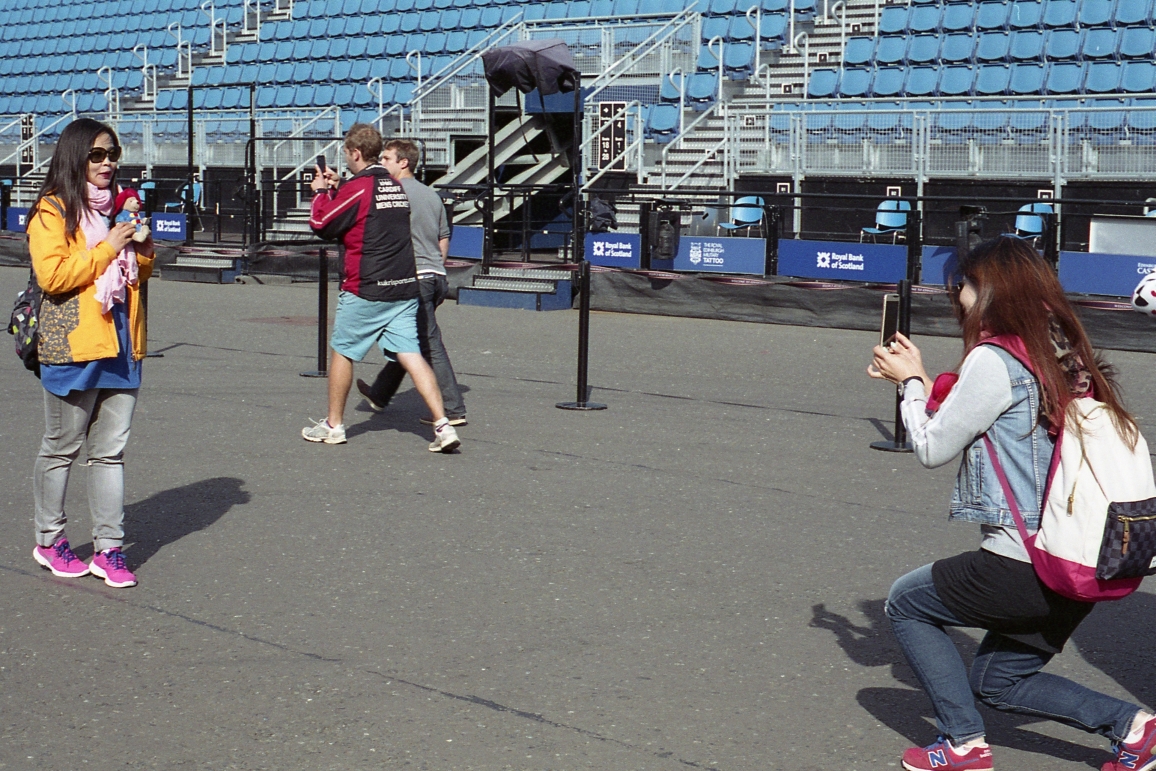 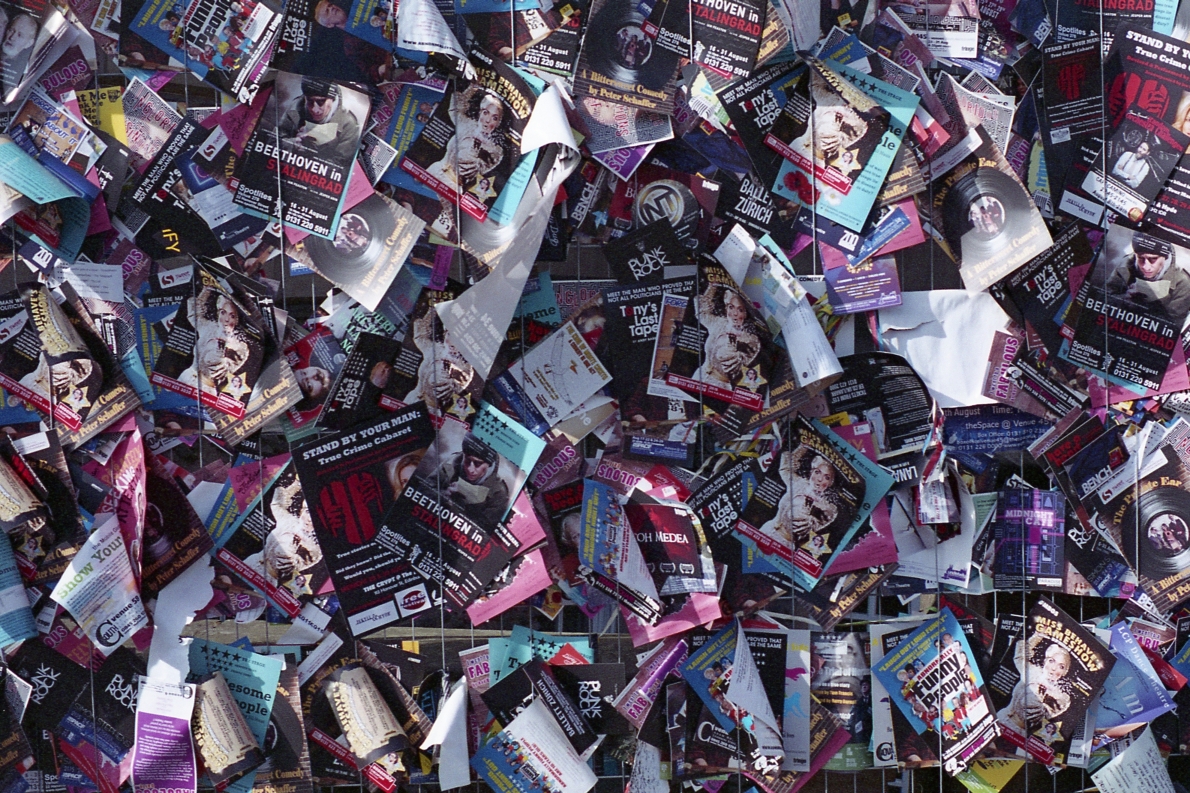 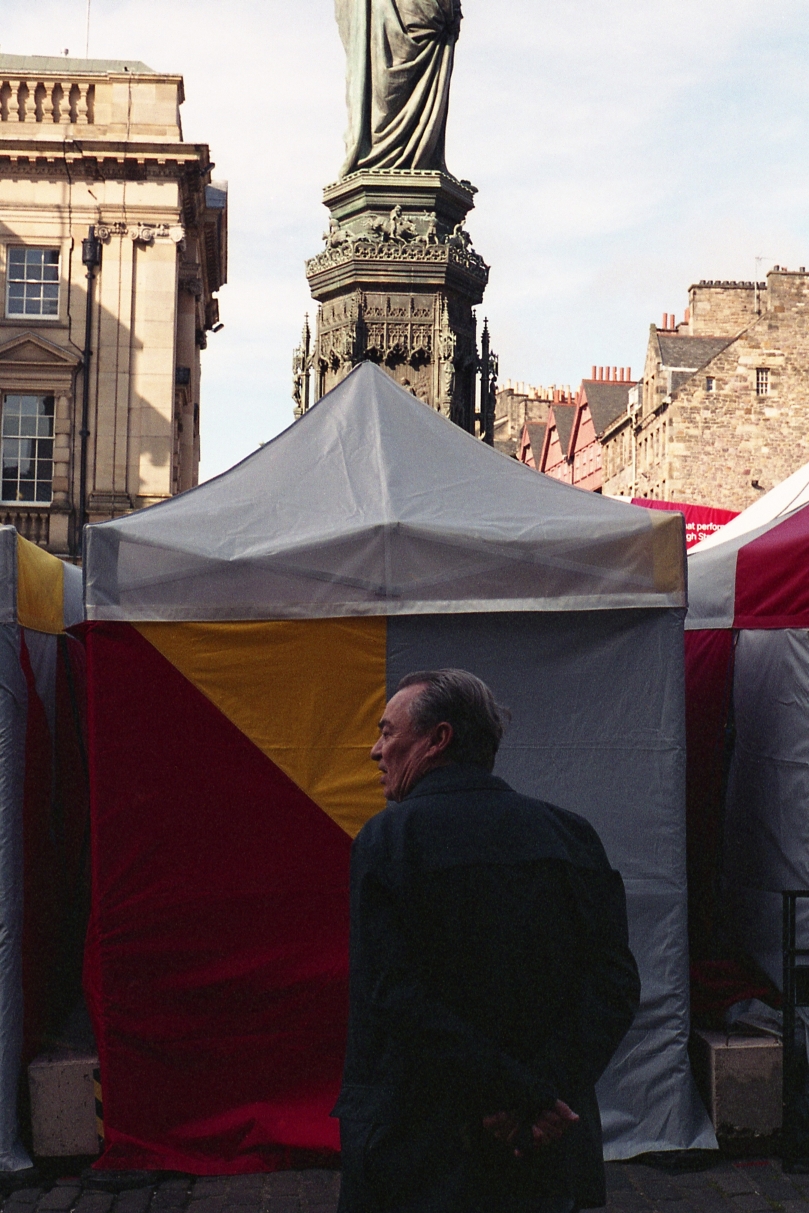 But help is at hand.  Having clearly experienced the same frustrations, Japan Camera Hunter has created his own film cases for sale.  He also flogs them with a random selection of film inside, which adds to the appeal.  That’ll do nicely. 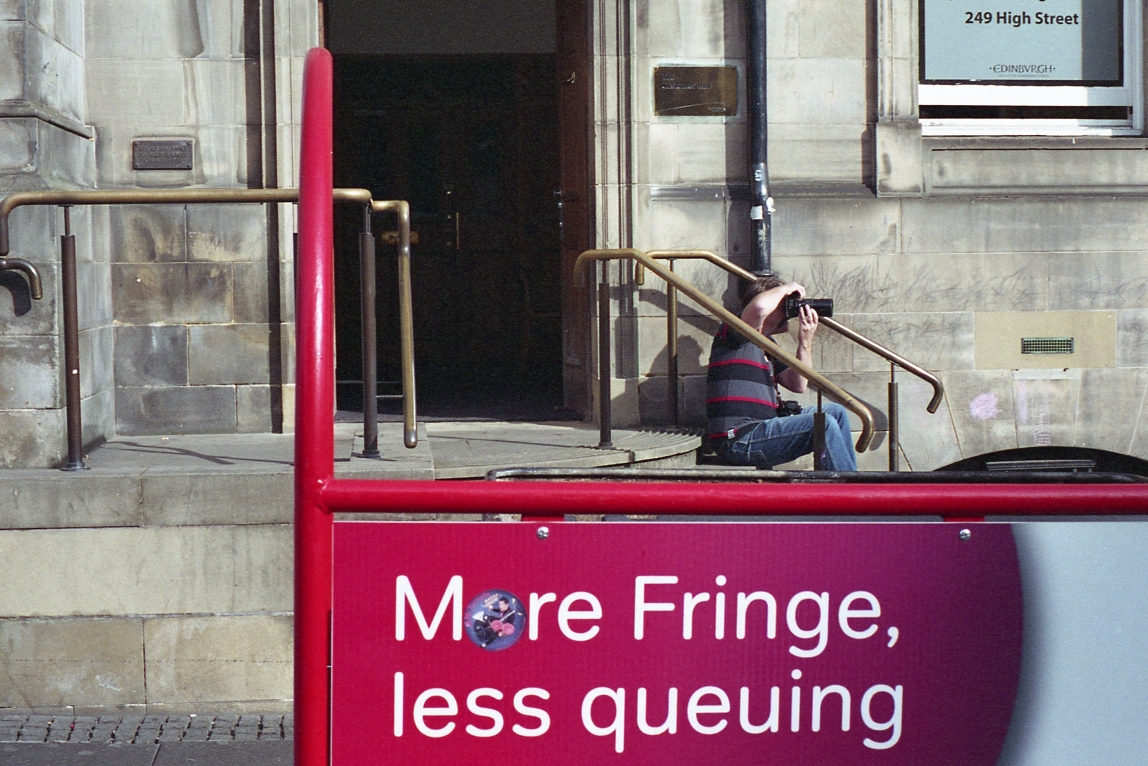 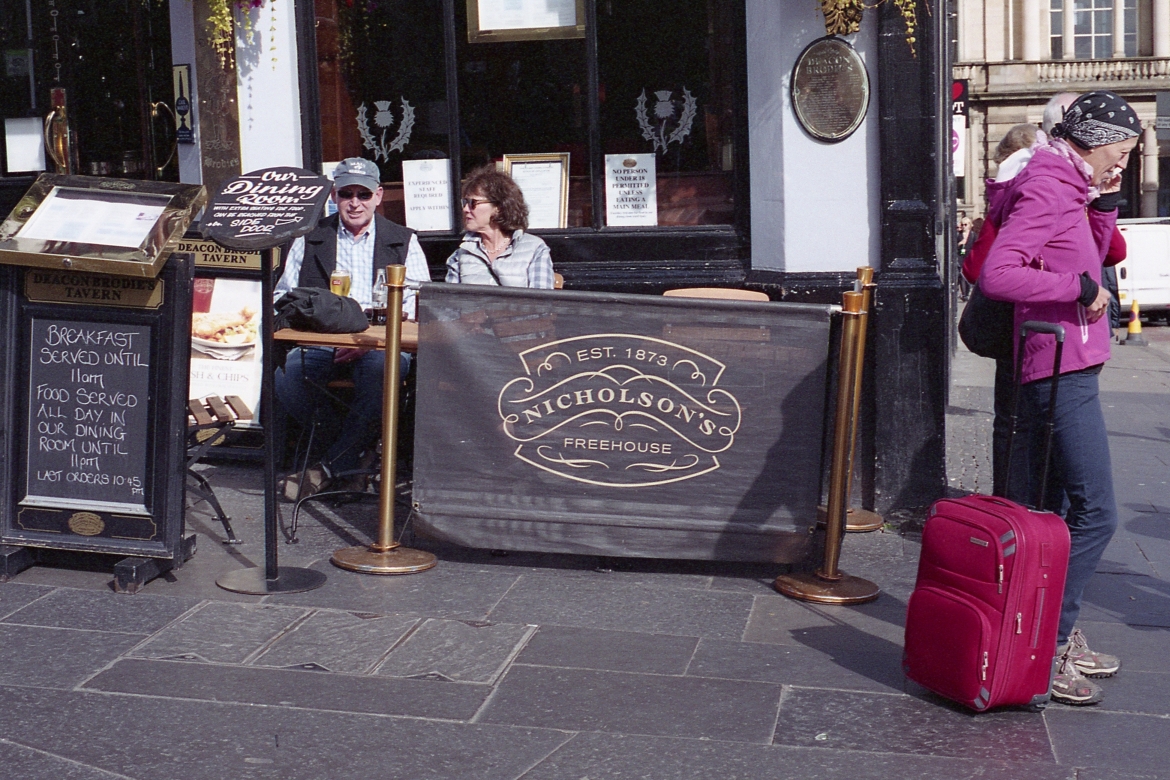 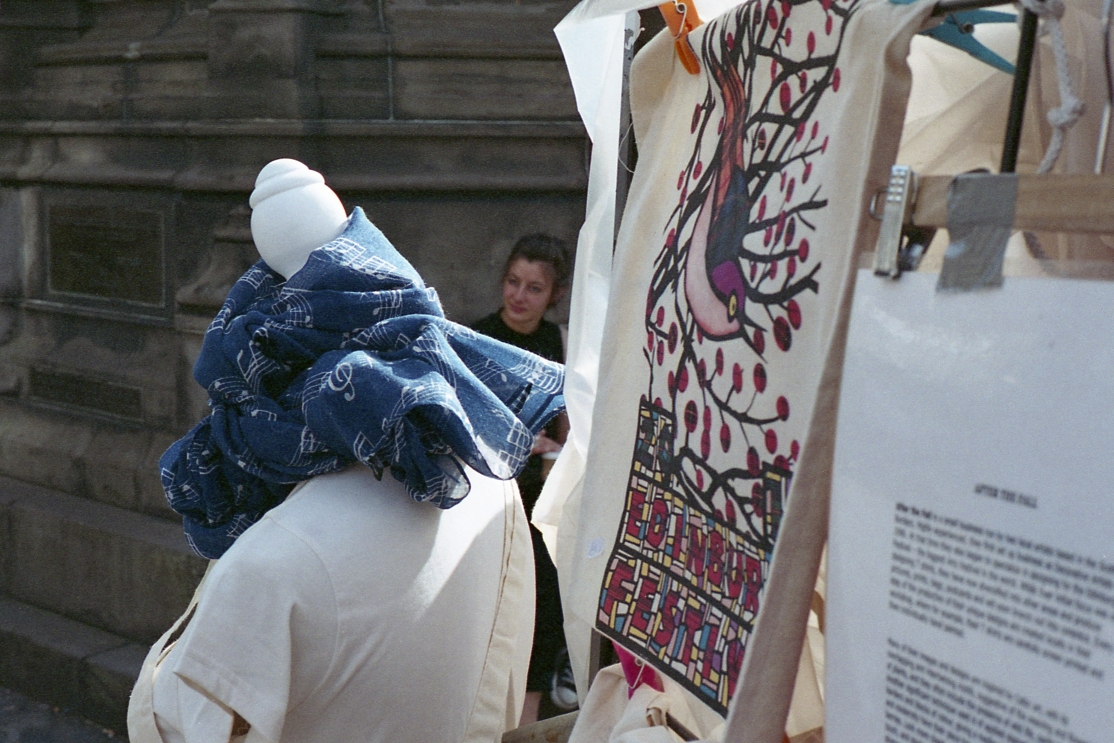 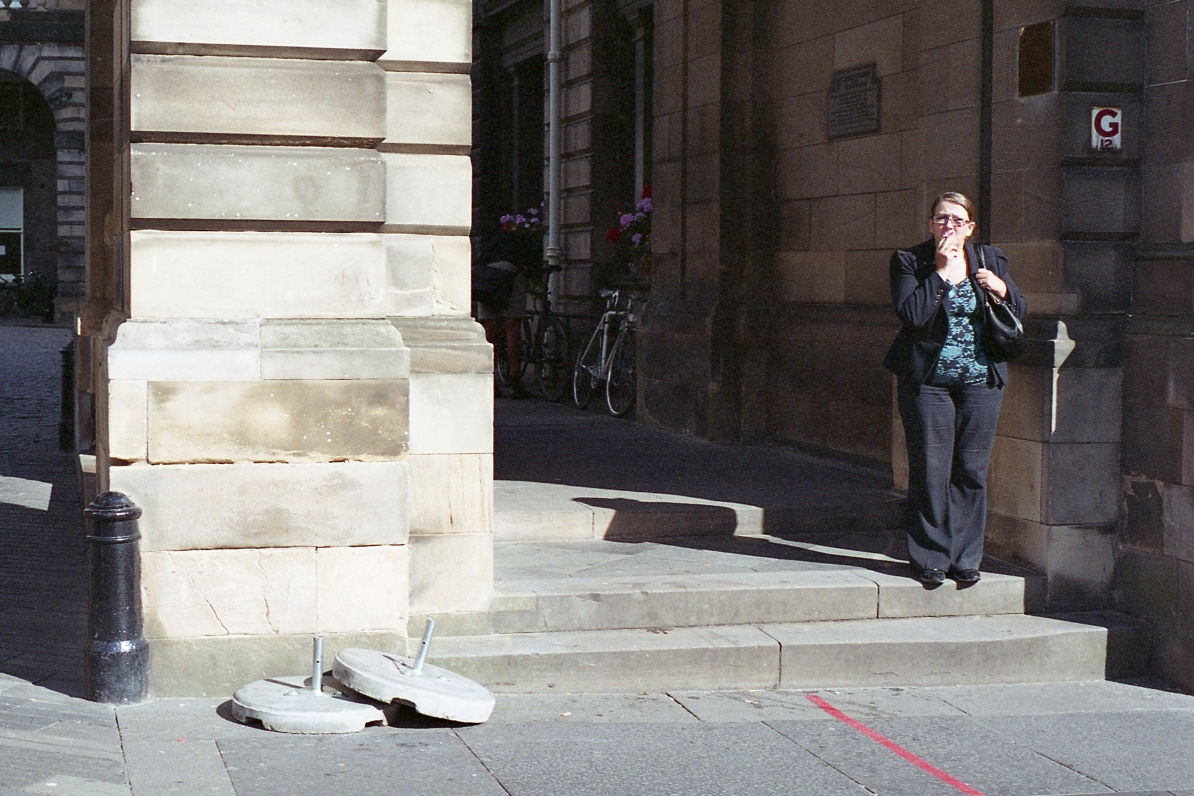 My delivery duly arrived from the land of the rising sun, and I am now the proud owner of my very own JCH film case, in a fetching hue of red.  No more hunt-the-film breakdancing for me!  My random selection of film included by JHC was also intruiging.  I’m not really a Fuji shooter (mostly Ilford and Kodak for me) so it was a pleasant change to get some Fuji colour film in the case. 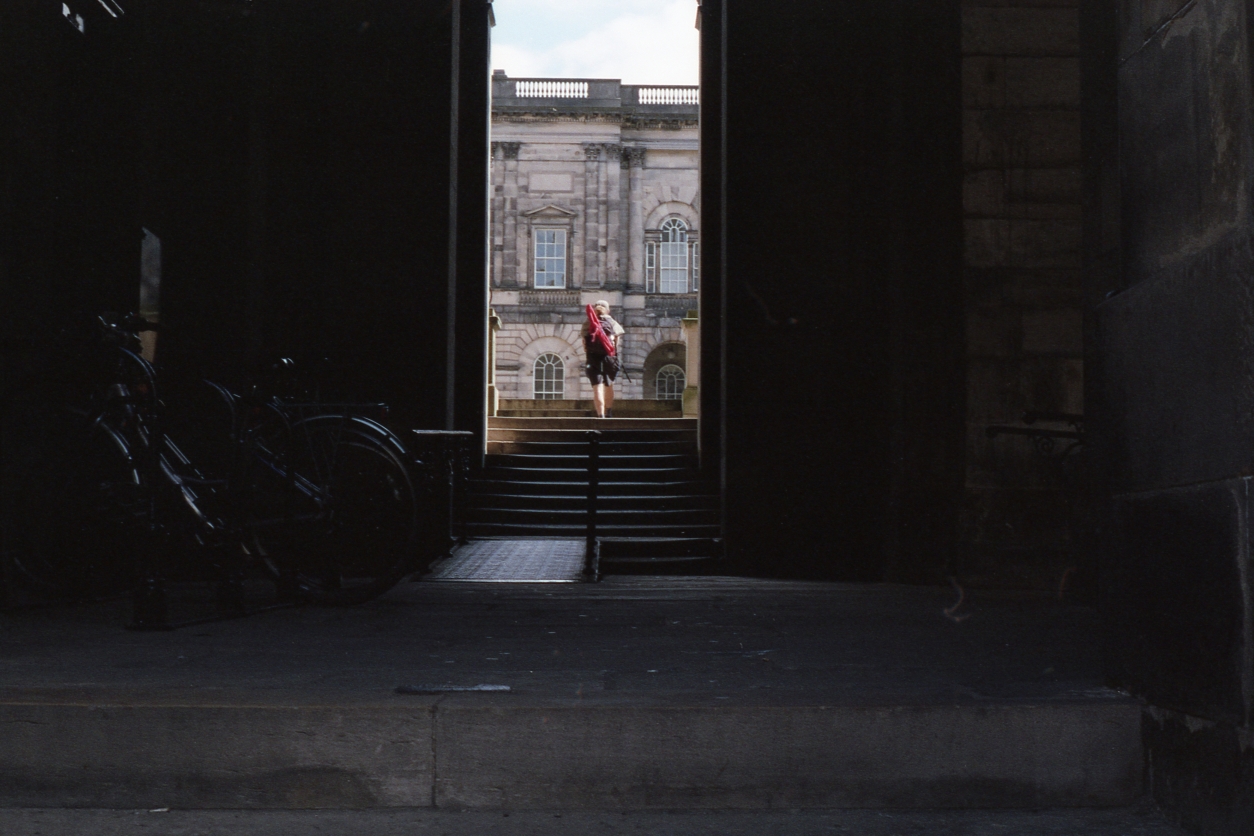 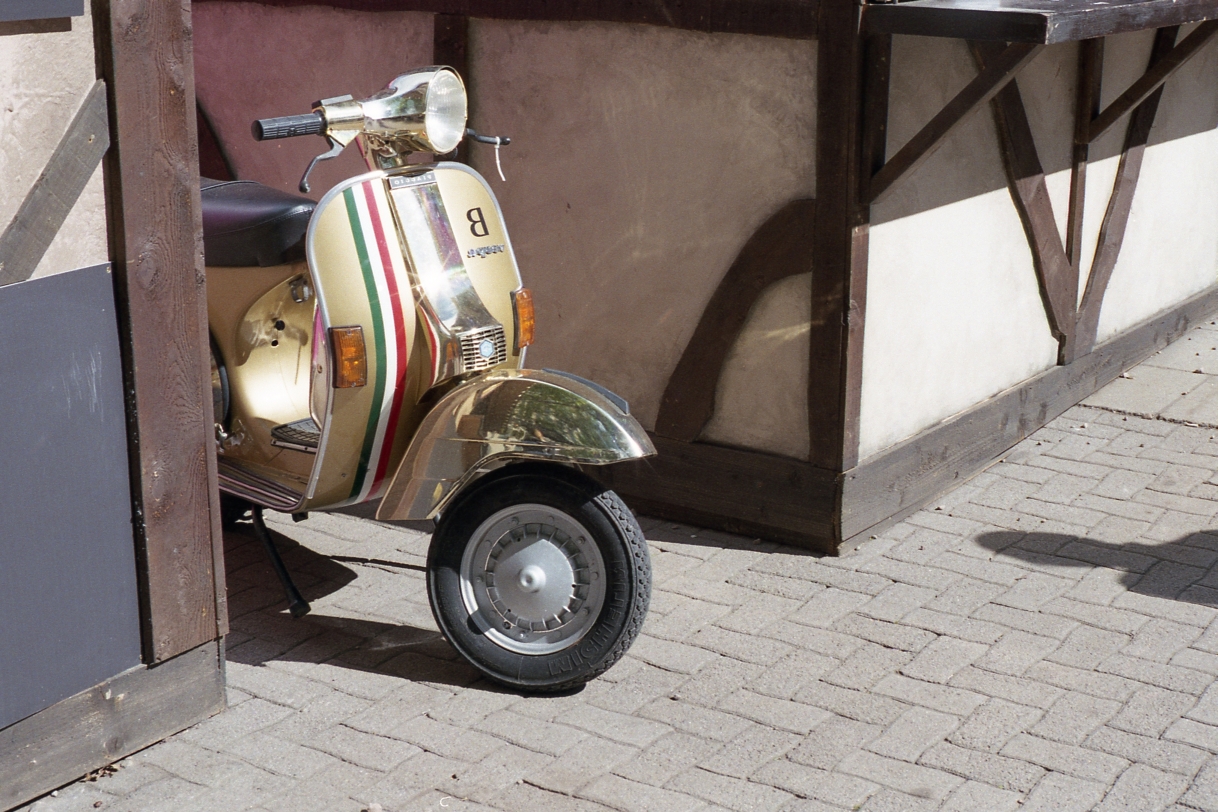 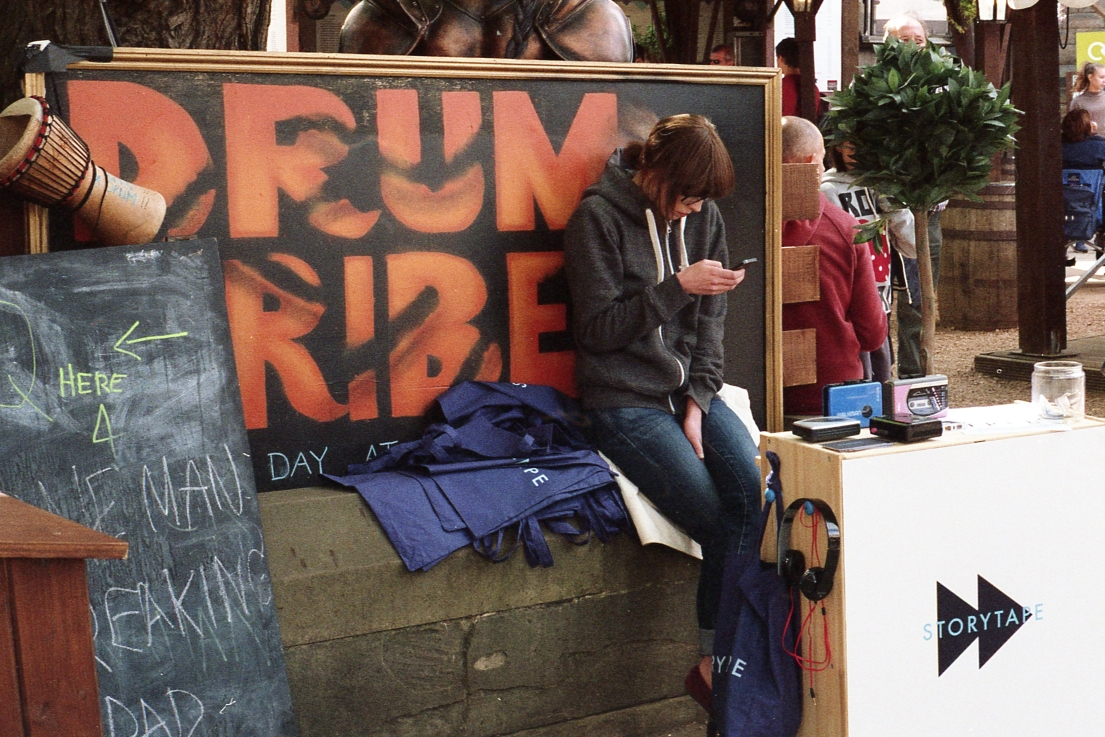 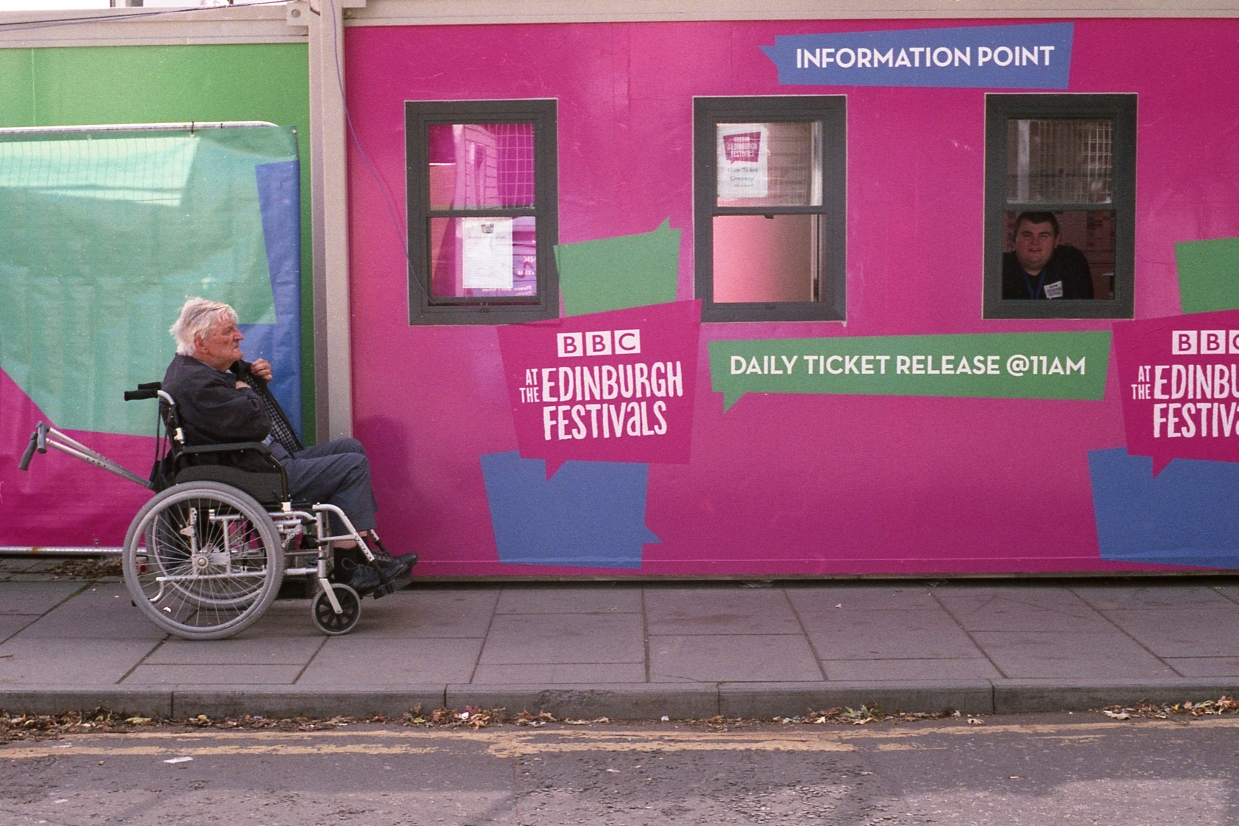 So a family member approaches me a few months back, noting that I’m in to a bit of film photography these days.  Confirming that yes, I am indeed, I get presented with a wee bag full of, you guessed it, Fuji colour film.  Somewhat expired, having been sitting at the back of a cupboard for a good few years but still absolutely fine.  Adding this lot to the stash made the next step quite obvious. 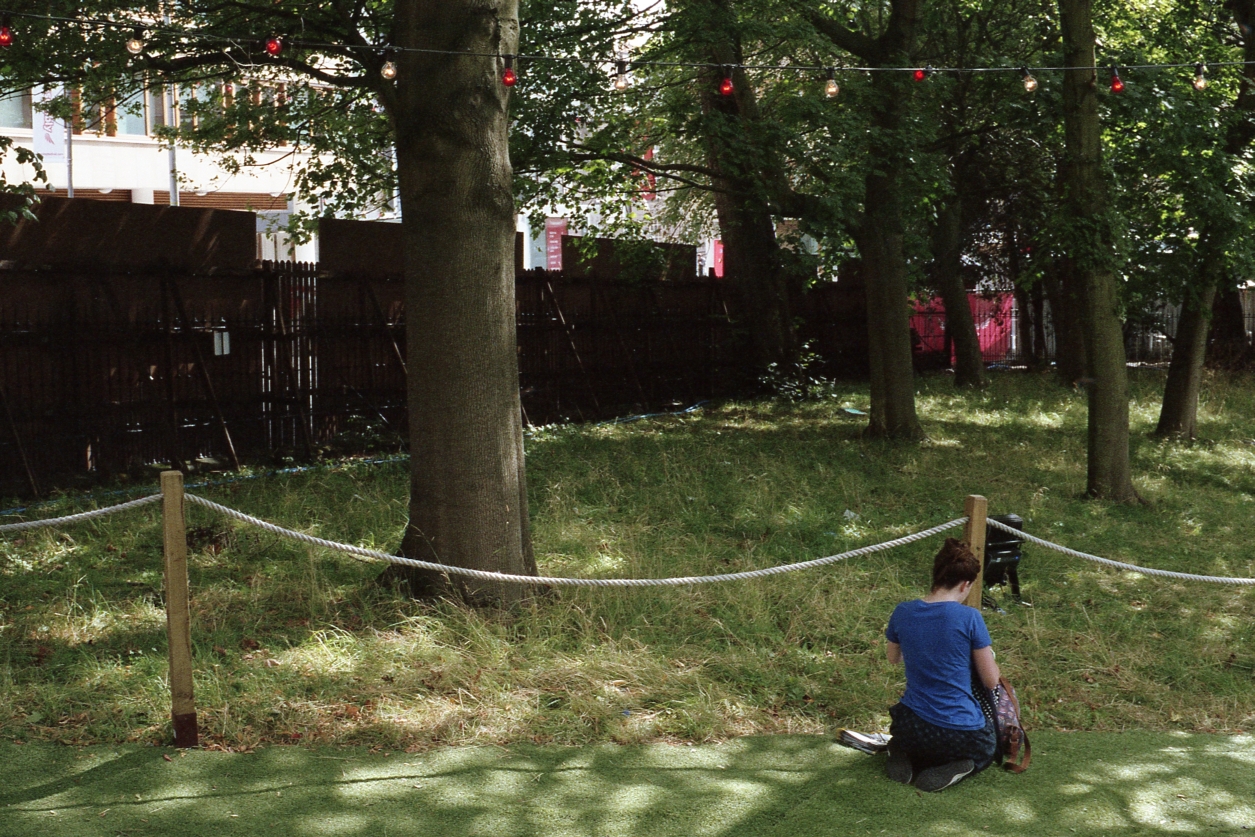 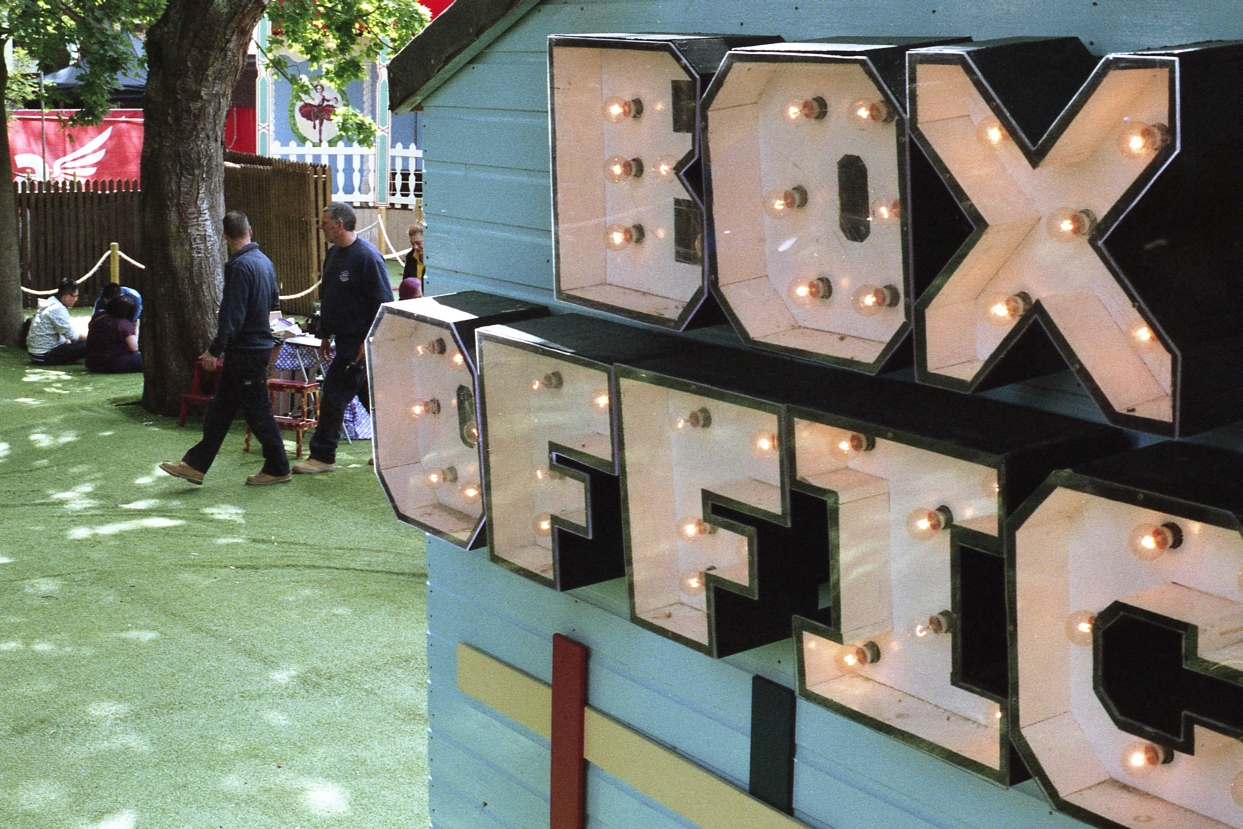 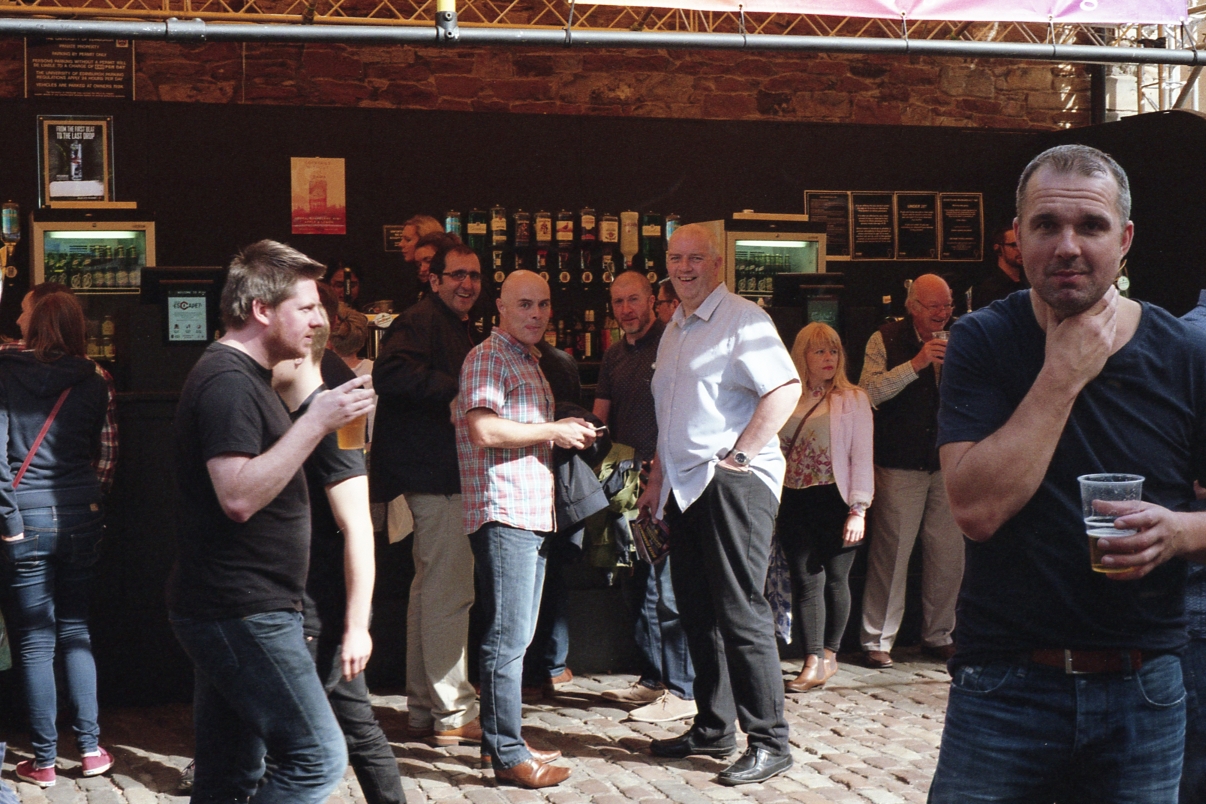 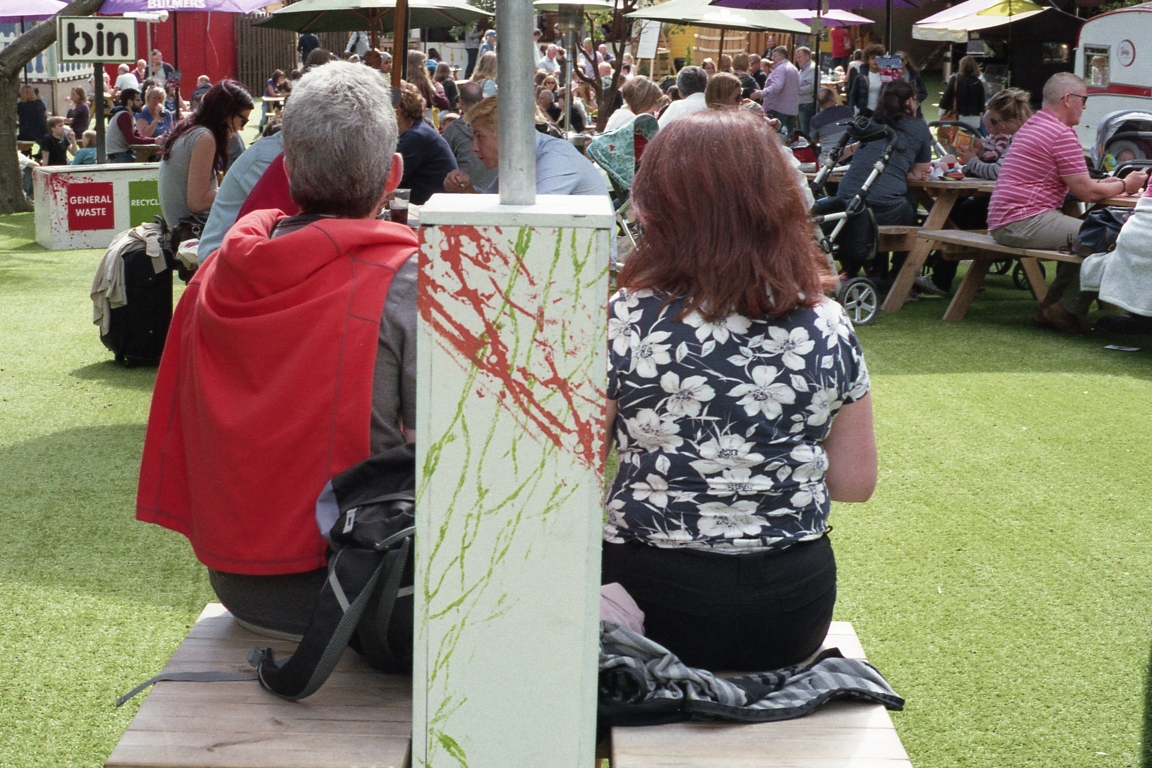 August comes around which means one thing – the festival-heavy streets of Edinburgh.  The bulging bag of Fuji would be just perfect for this year, and an interesting contrast to black and white, my usual film of choice.  Even the weather mostly played ball, since a bit of sunshine always helps to bring out the colours on show. 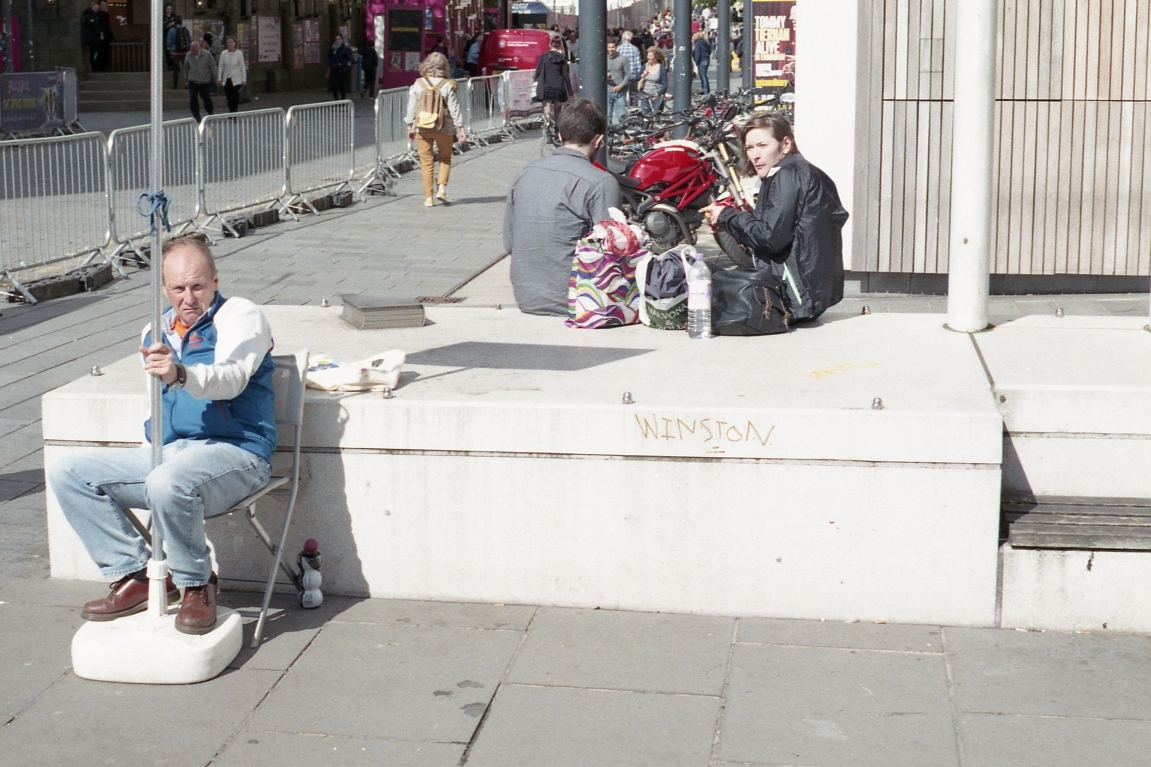 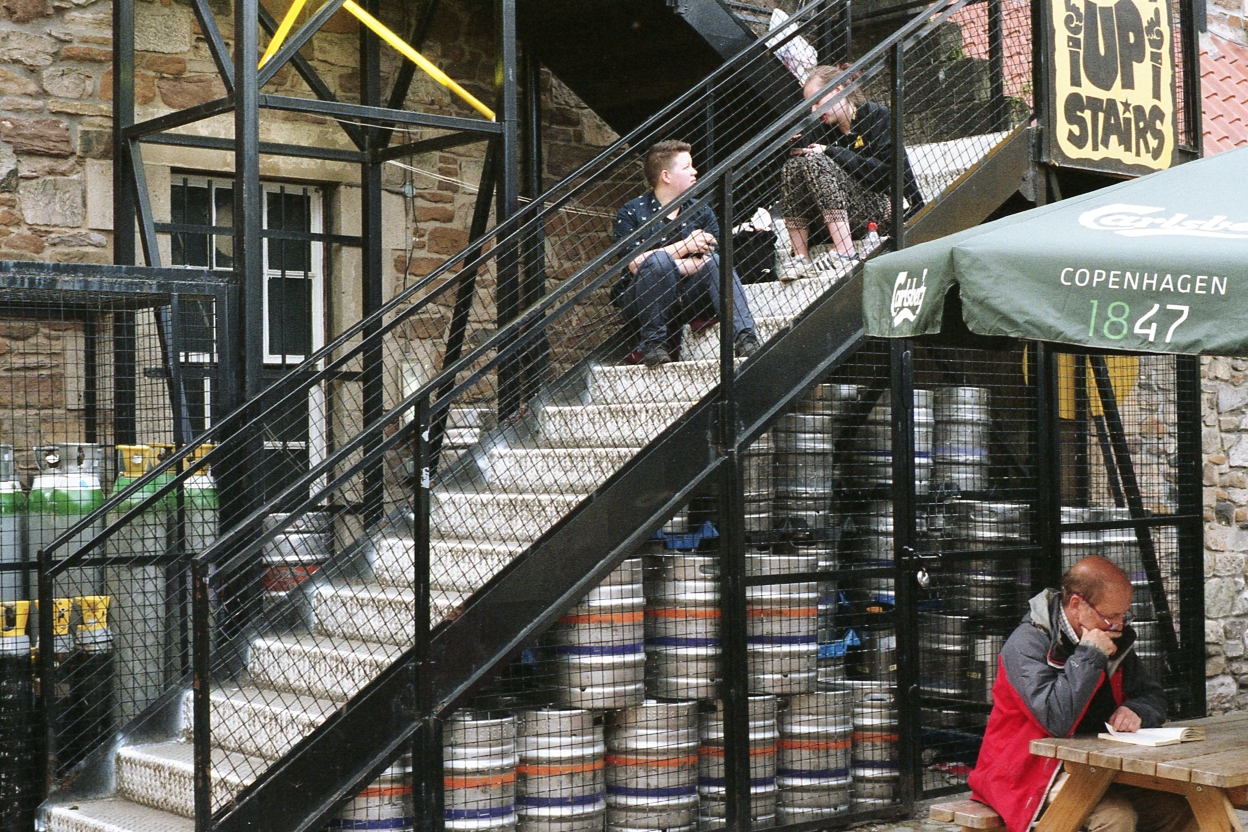 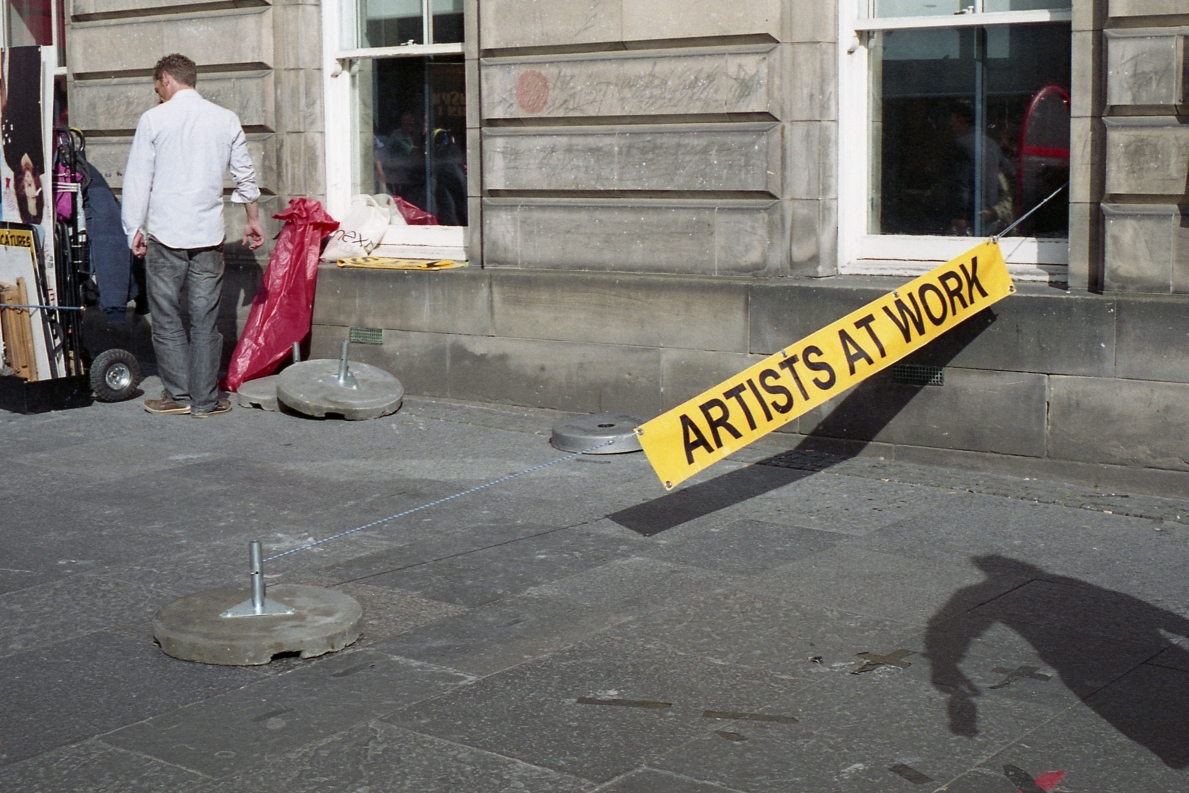 I only develop black and white at home, so a shout out must also go to AG Photo for their reasonably priced and very prompt development.  When I take a flight of fancy and think about developing colour film at home I just have to think about the space all those extra chemical bottles will take up, and how straightforward it was to get someone else to do it instead. 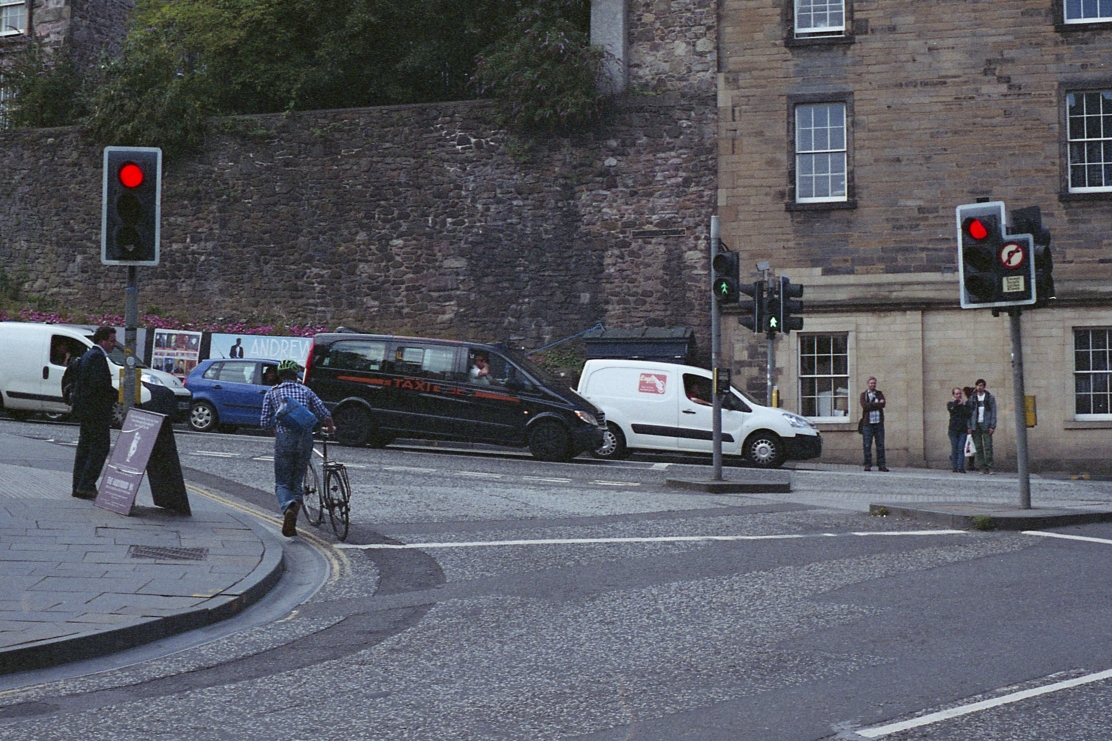 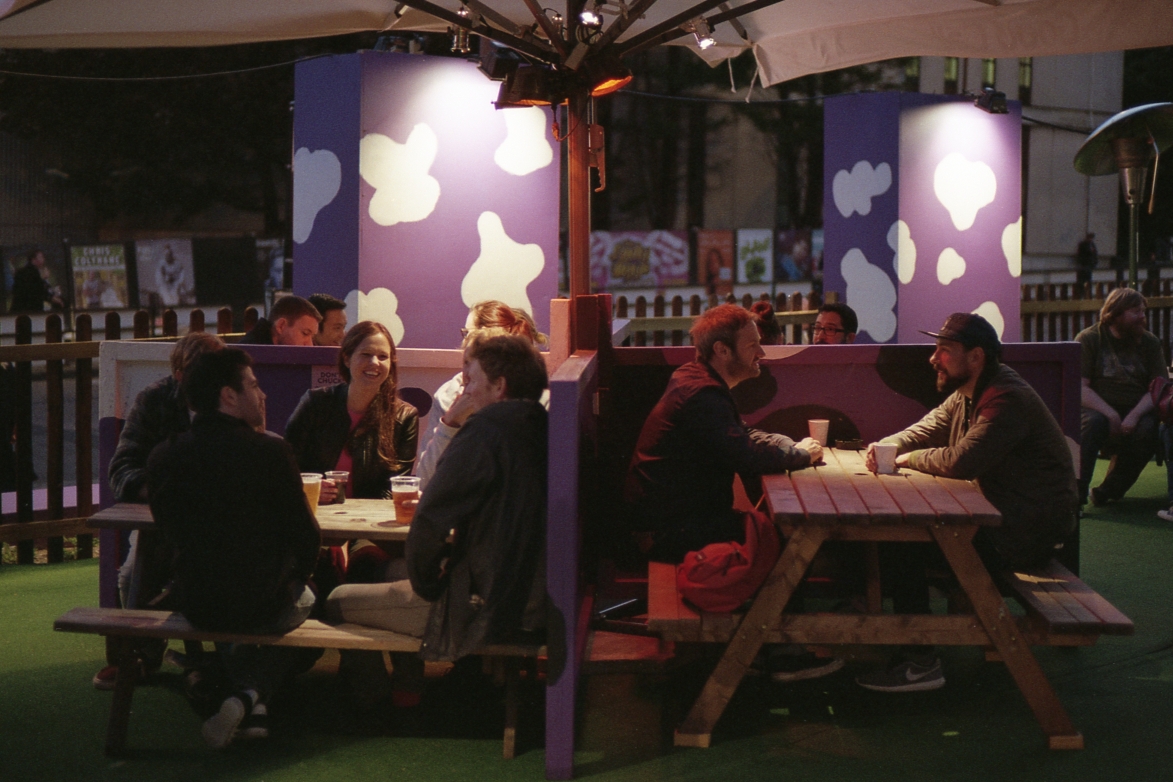