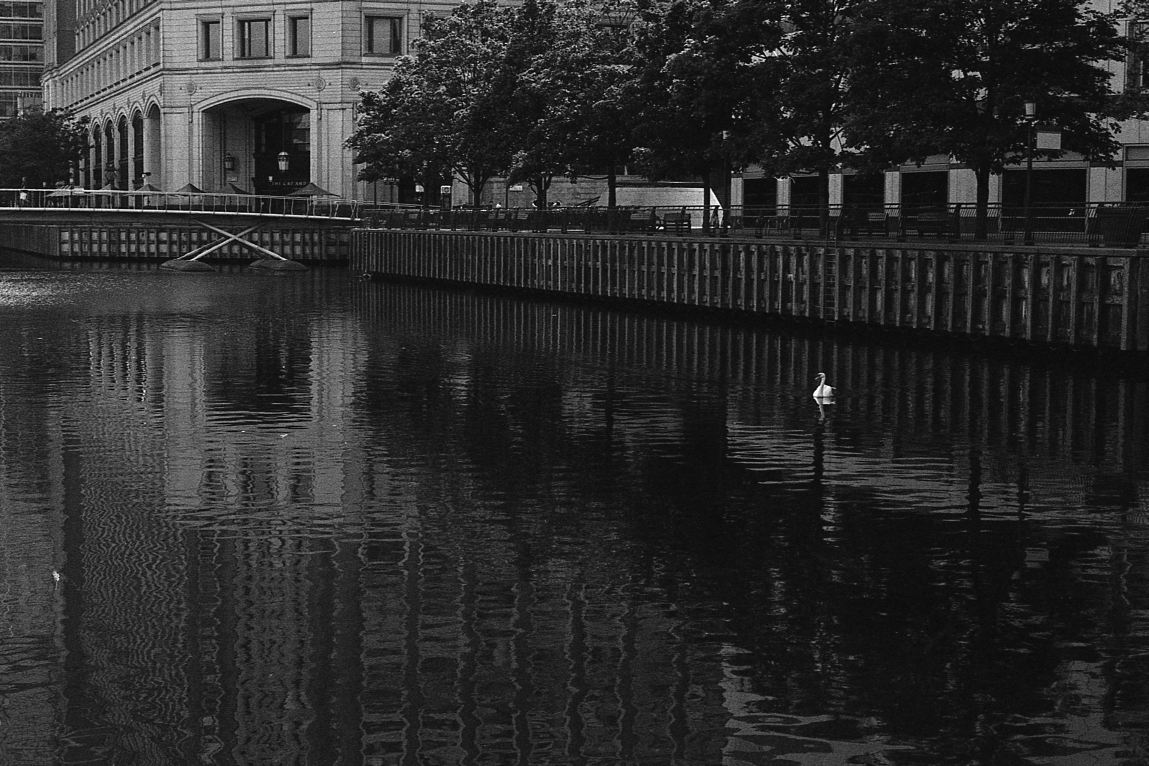 No, not my leg thankfully!

So the trip was all booked up. Down to London for the big gig – the Foo Fighters at Wembley stadium.  All was going according to plan, then disaster struck.  Dave Grohl decides to take a dive off the stage at a gig in Sweden and breaks his leg in the process.  The rest of their European gigs are cancelled, and it’s a now a free weekend for me. 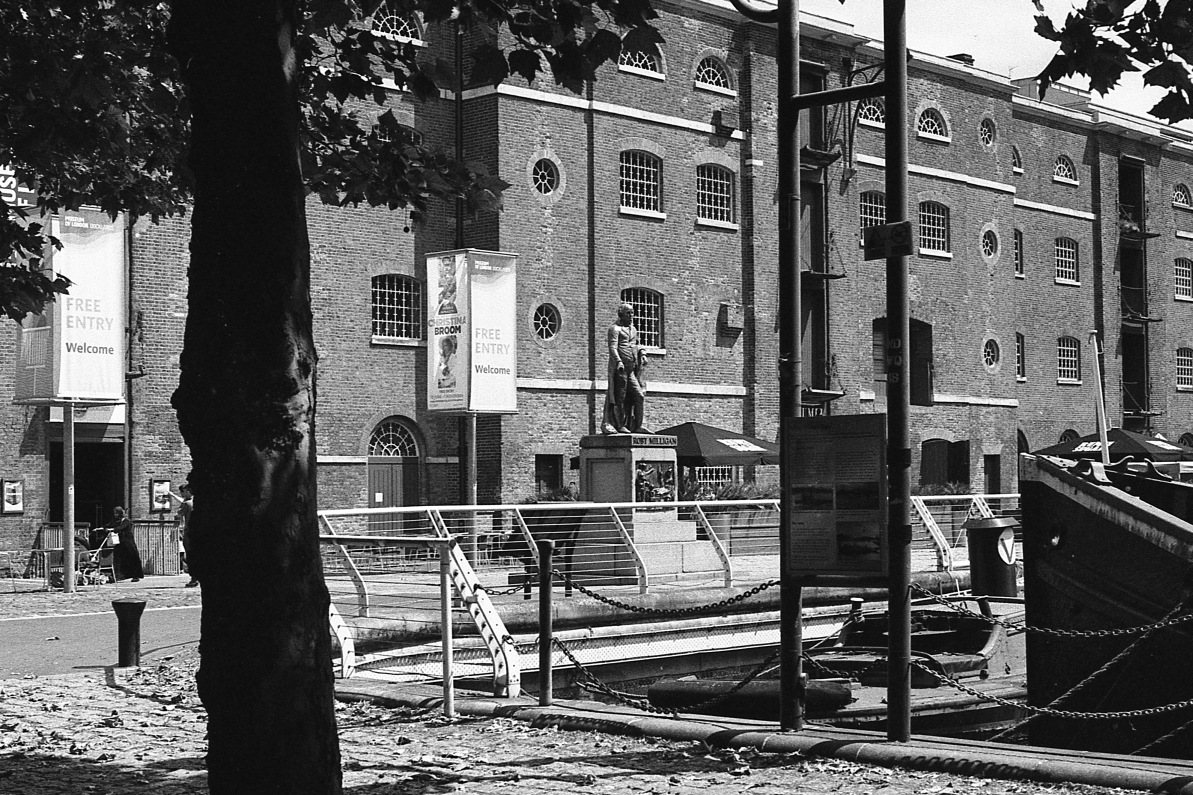 So I stick the camera in the bag and head off for a wander.  We were staying in the docklands area of Canary Wharf, an interesting and somewhat unusual spot.  Not that long ago these were the main docks for the city, plus everything that goes along with the merchant sea trade. 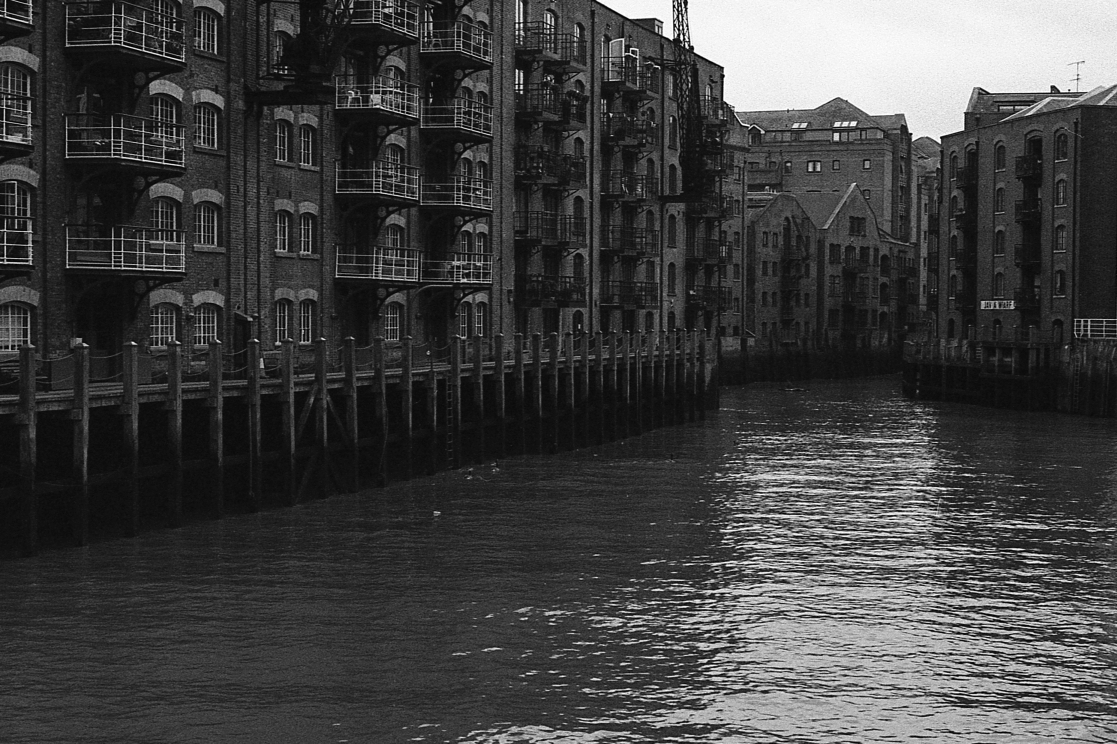 All that’s changed now though.  The docks closed, the area became run-down, then re-developed as a financial centre.  So now you have a mix of old, historic docks and warehouses alongside the glass-and-steel skyscrapers of multinational banks. 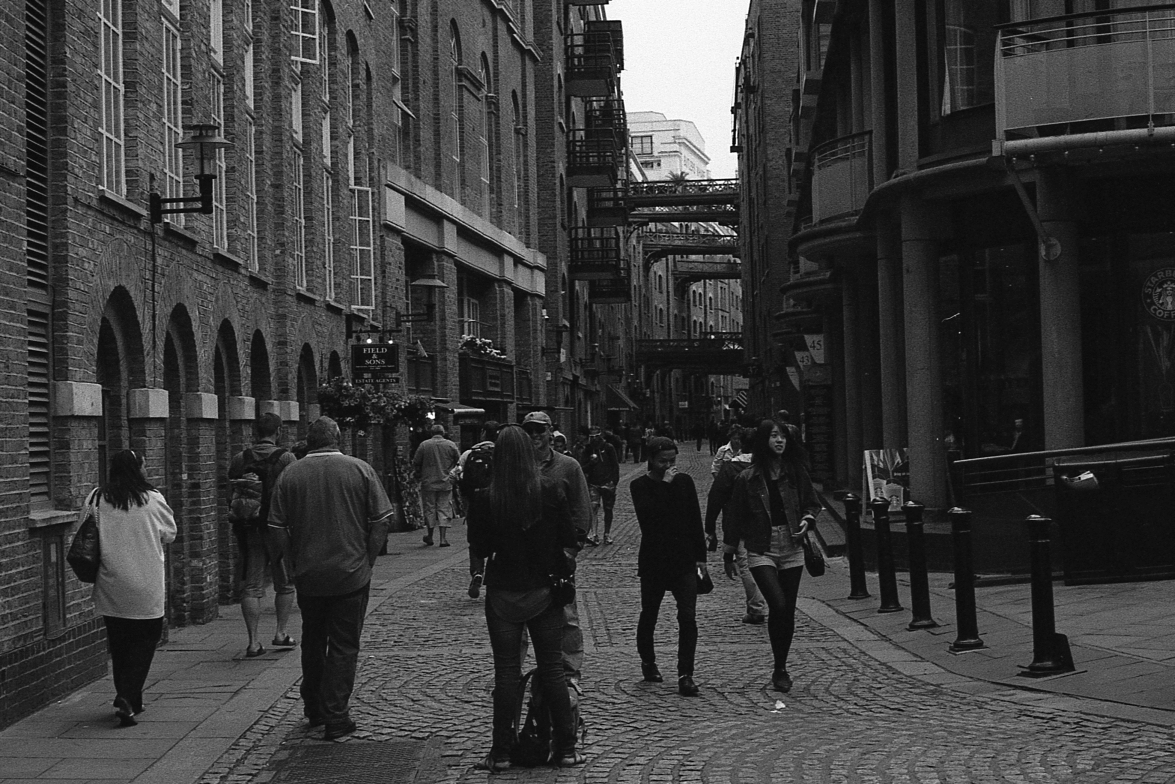 The old dock areas have been put to work as bars, restaurants and the like.  The area gets quiet at the weekend when all the office workers go home, which is a little odd. 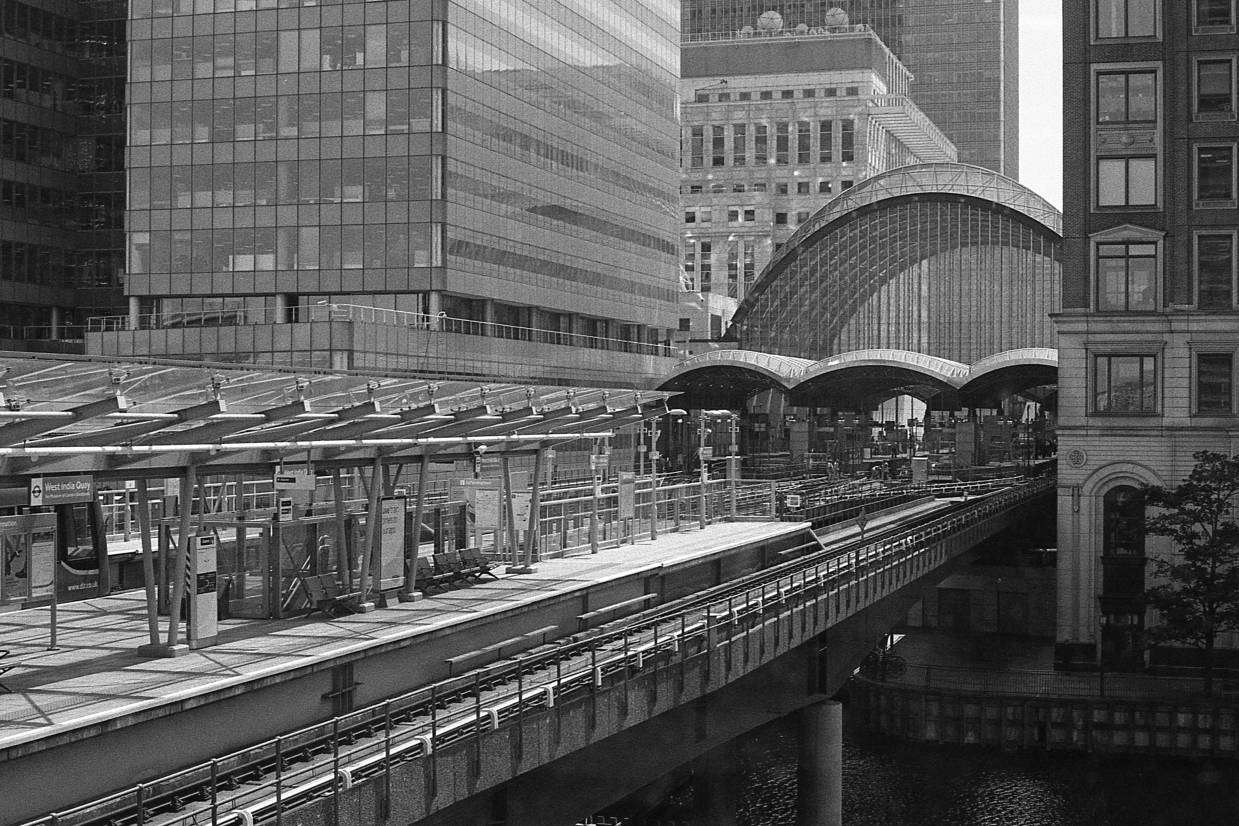 Cutting through the buildings and over the docks is the Docklands Light Railway.  Quite shoogley, and fully-automated so no driver, but stops at all the right places thankfully. 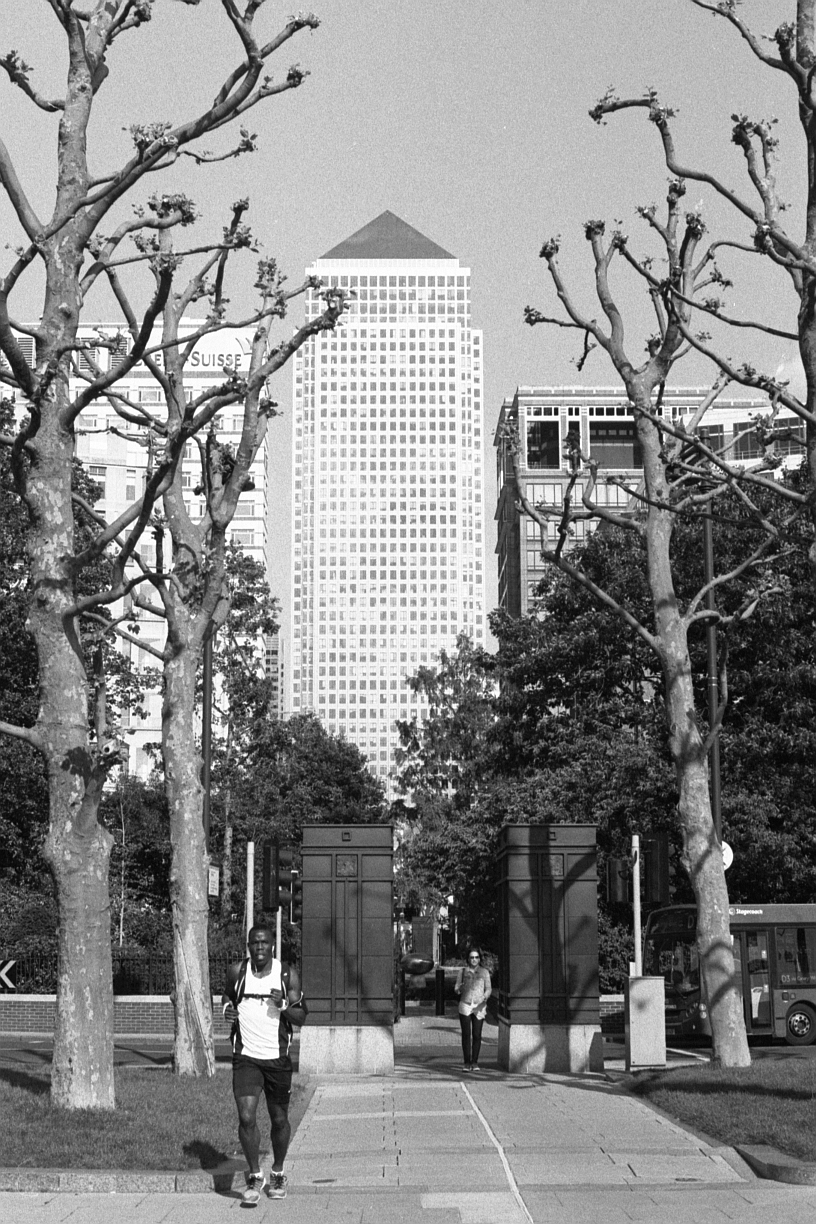 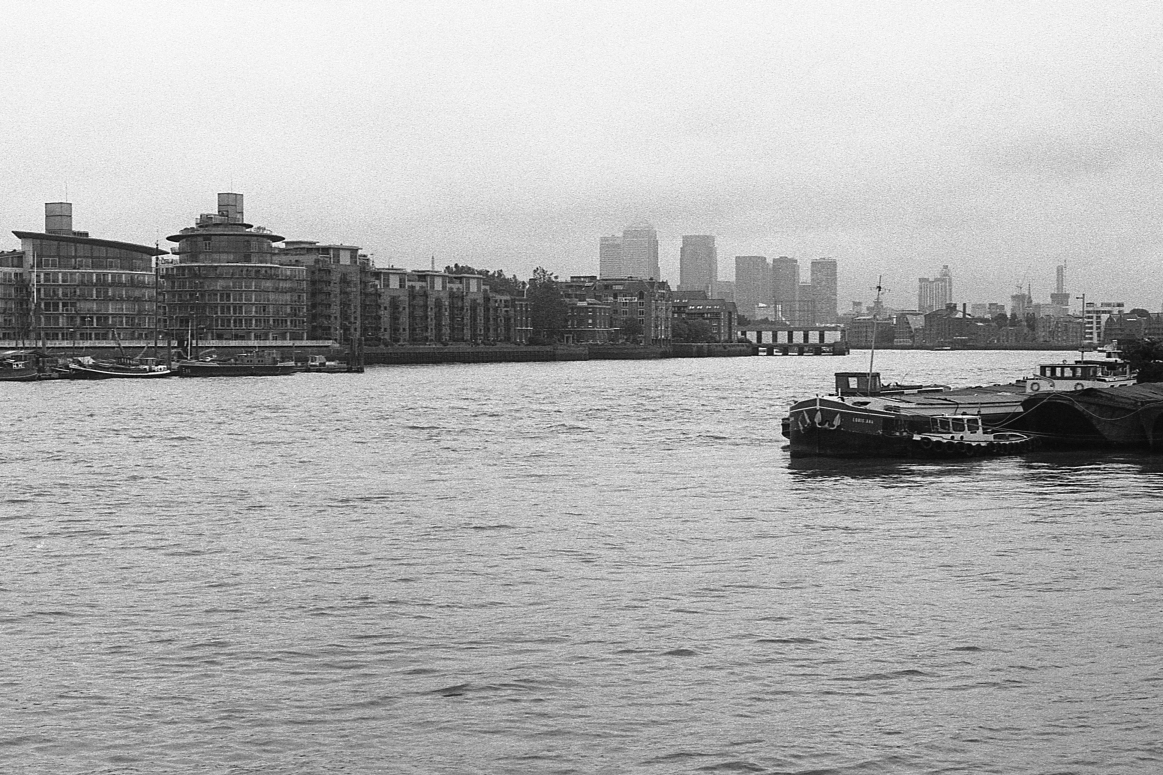 From the centre of London looking back down the Thames towards Canary Wharf, as the mist descends.  An entertaining trip for sure, you’ll never be stuck for things to do in London.  Just a shame there was no stadium rock this time.