It’s that time of year again, the bedlam on the streets of Edinburgh during the month of August. 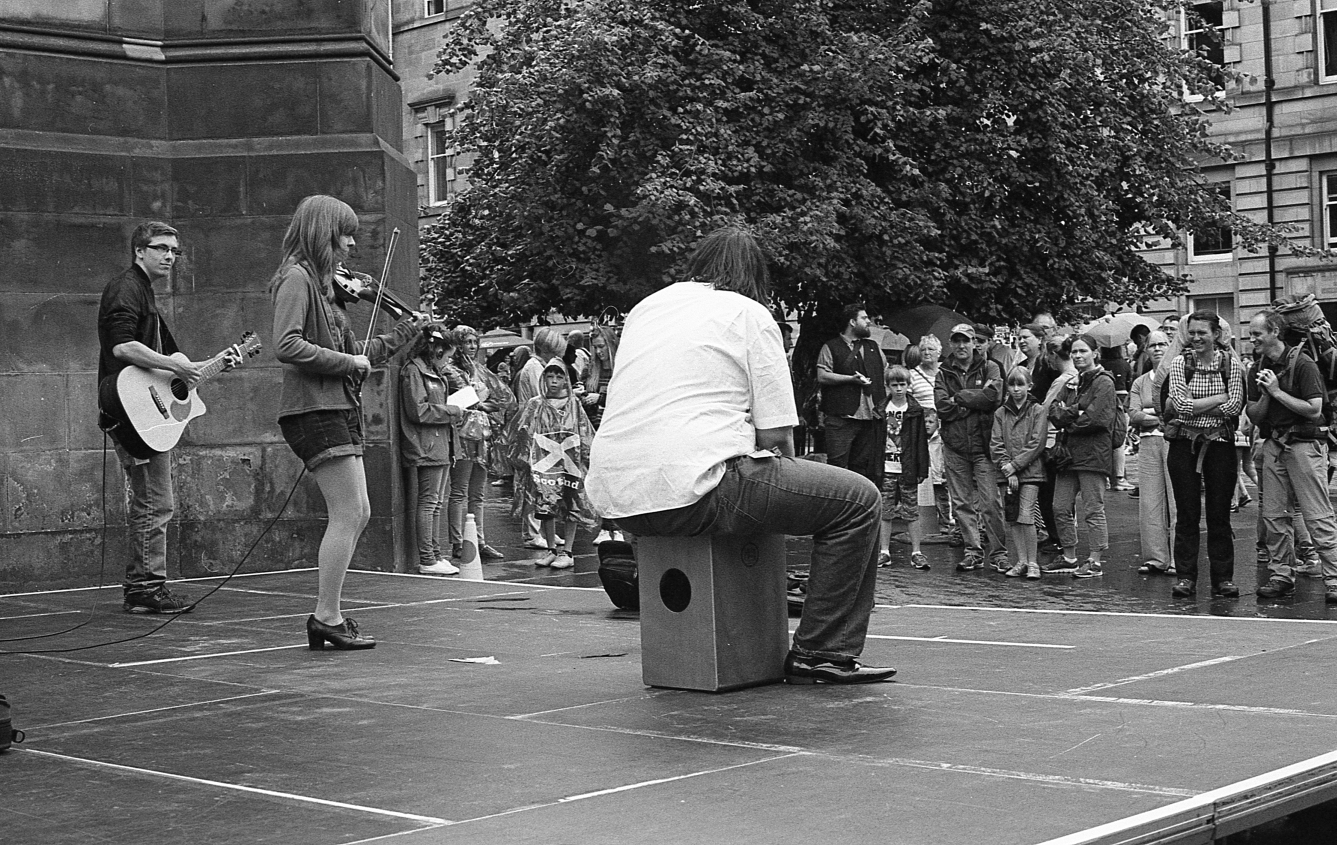 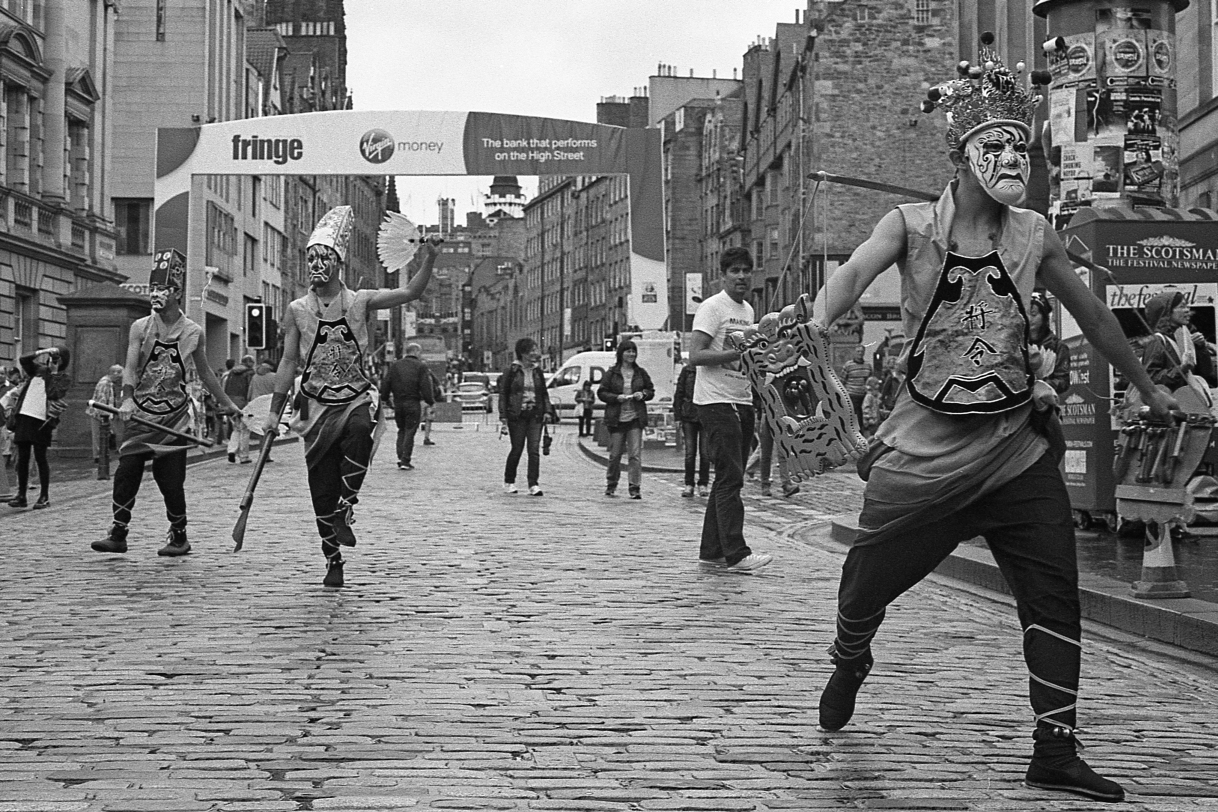 Scary Chinese acrobats.  Thought I was going to get battered with those sticks for a moment, but they were just obliging with a pose for the camera. 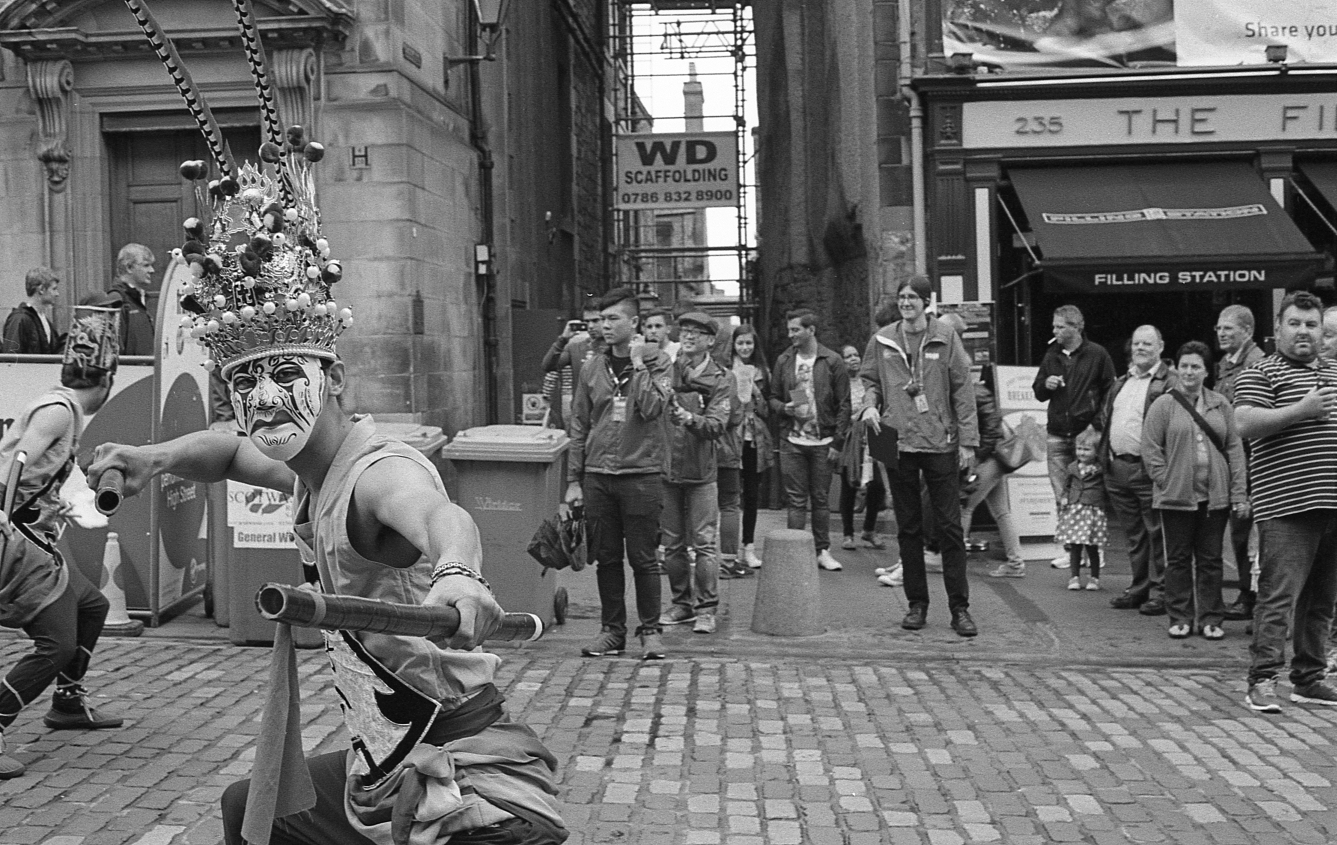 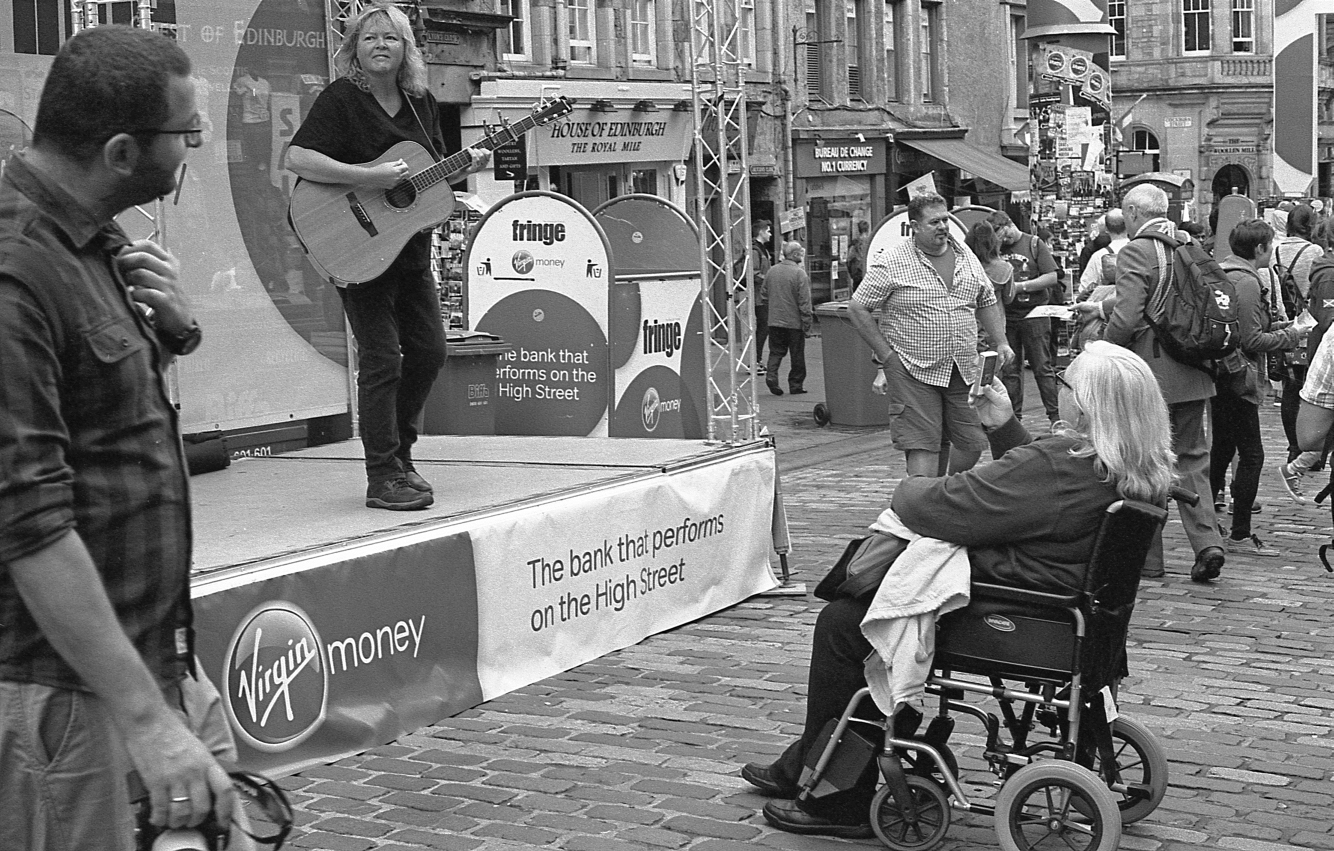 The High street has these street stages on them, where Fringe performers can give the public a wee taste of their performances.  For the performers this isn’t always a good thing!  The guitar player on this stage was quite good though. 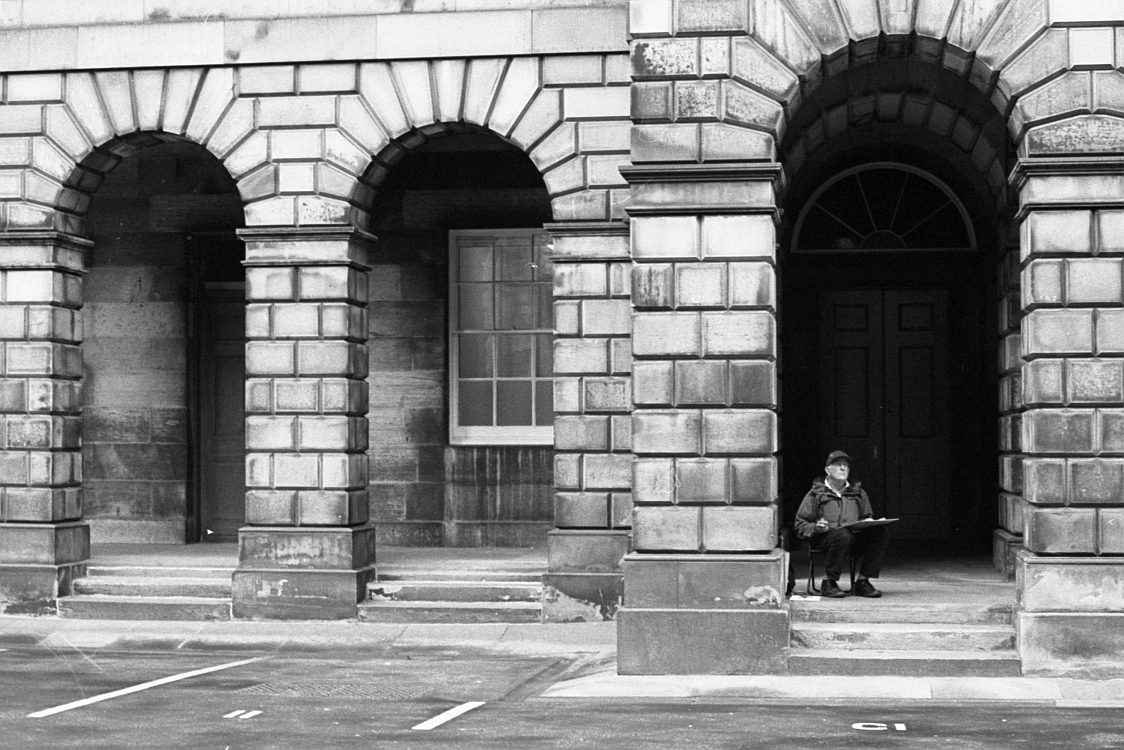 A different type of street “artist”, above. 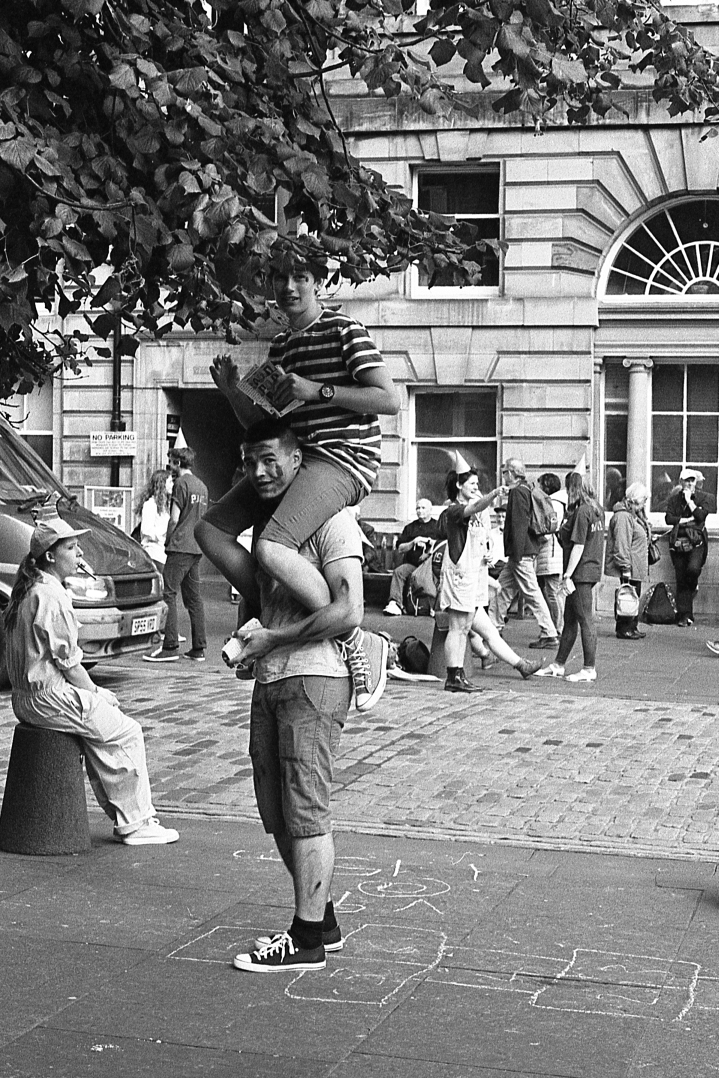 Lots of young folk desperate to drum up an audience for their show work non-stop on handing out their flyers.  I admire their persistence and I try not to be rude when getting handed the thousandth flyer of the day. 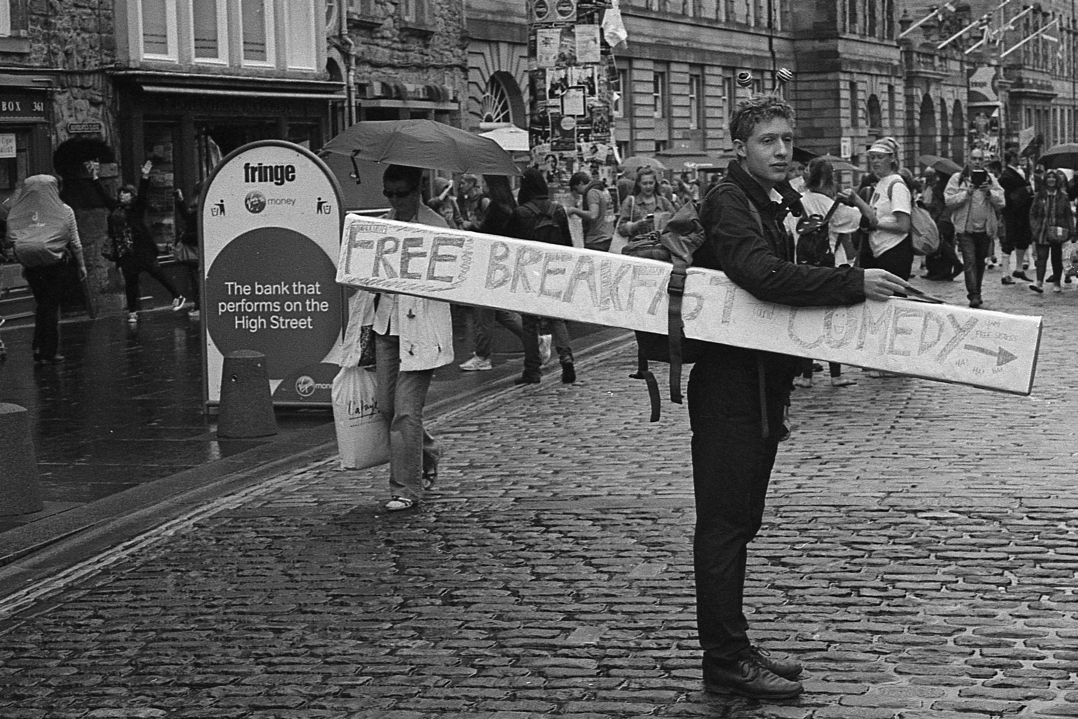 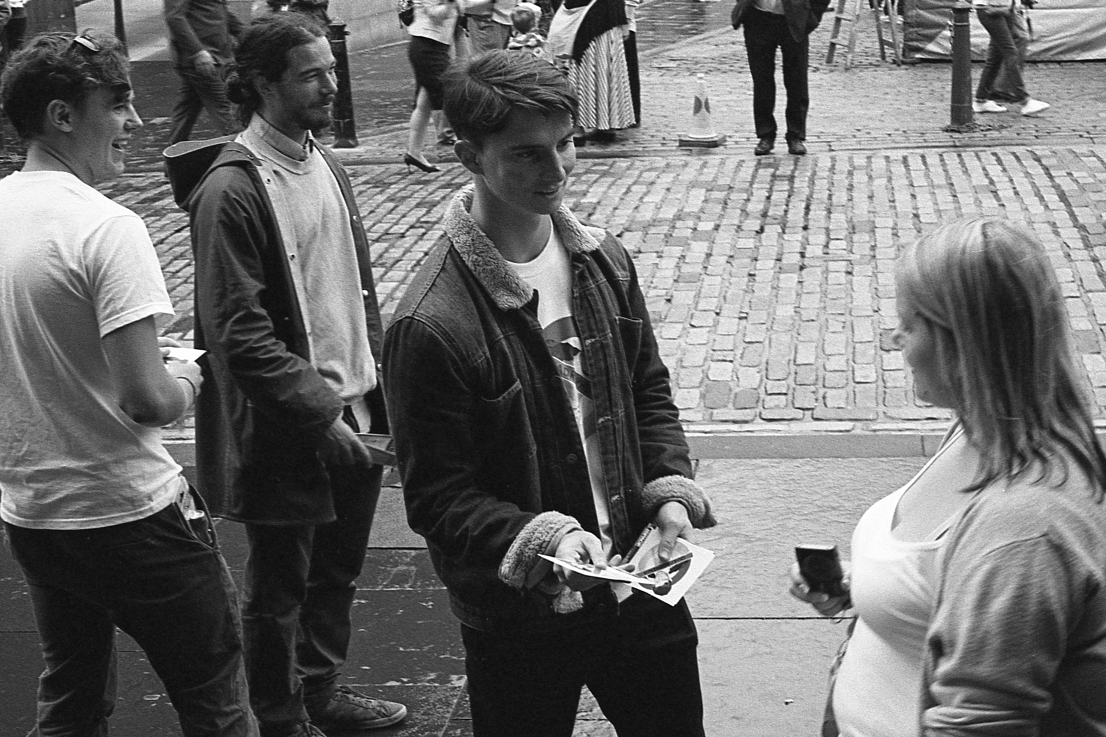 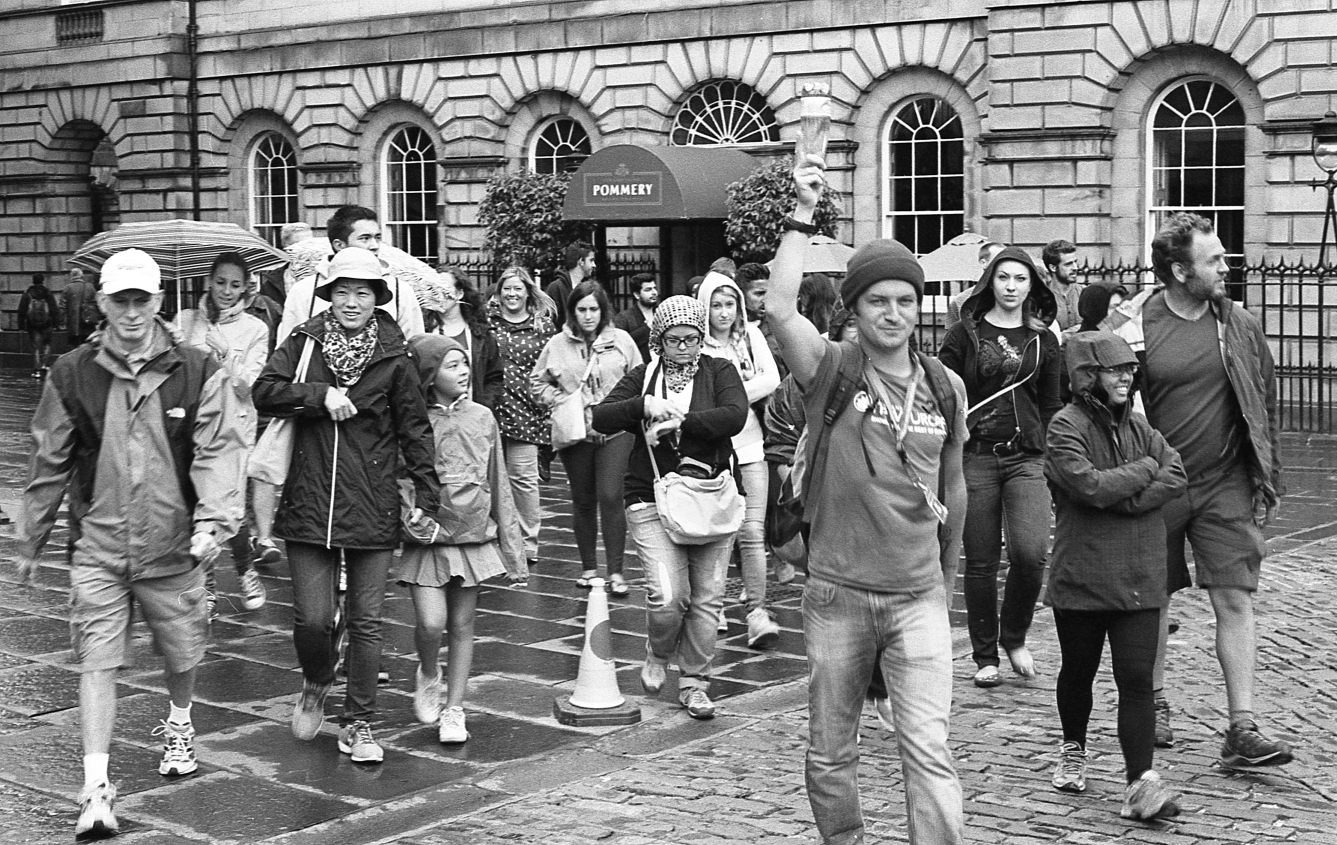 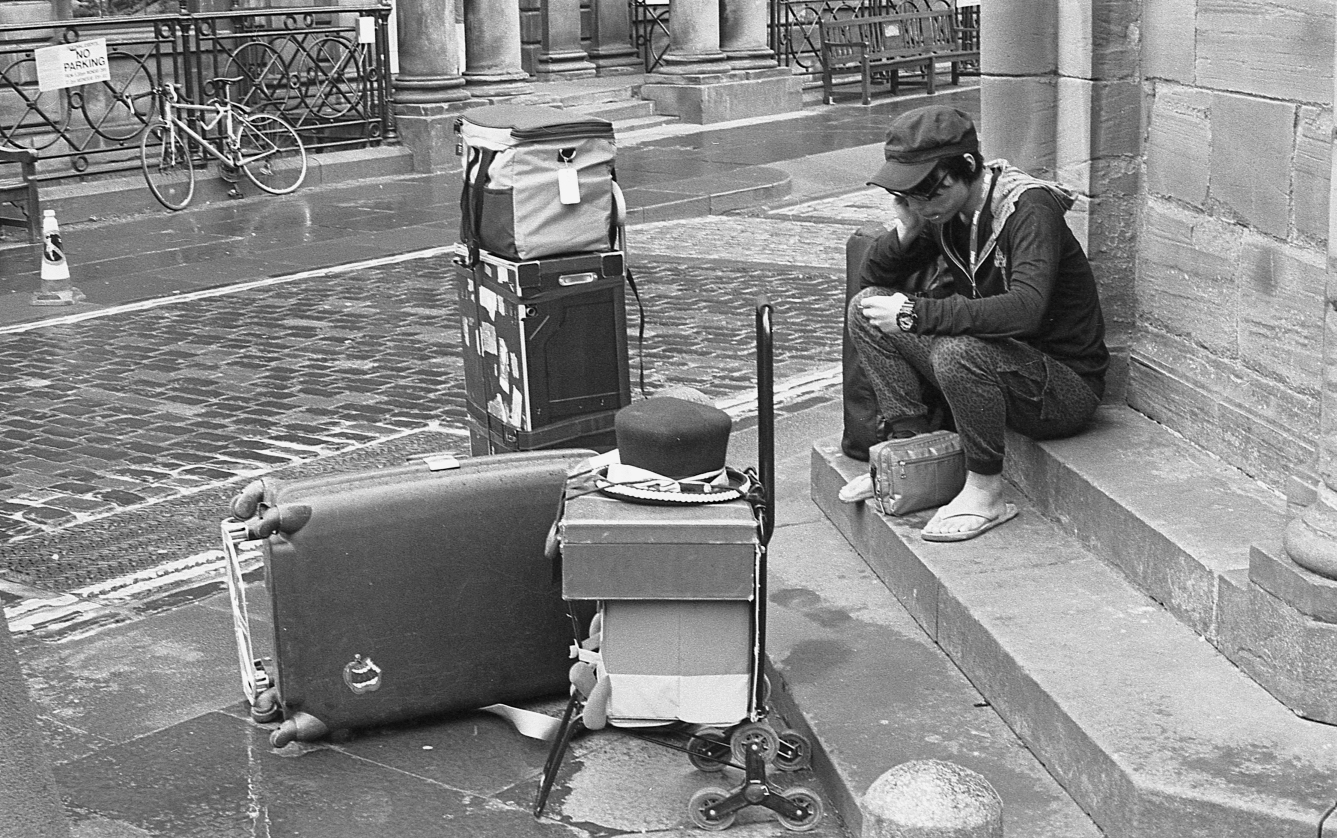 Contemplating how to cart all that stuff about. 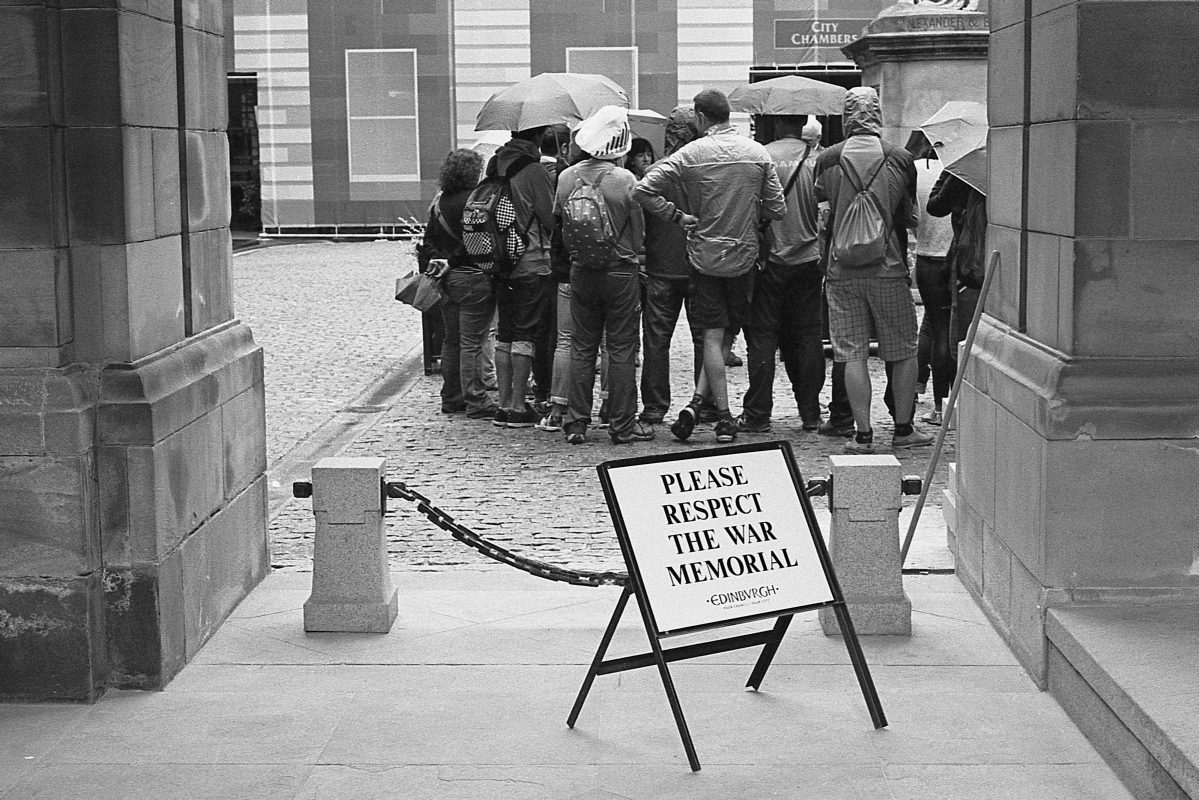 The war memorial is to the right of that sign, so the wee crowd are behaving.  Unfortunately the memorial is near the High street and is handy for sitting on, which folk tend to do, albeit unknowingly. 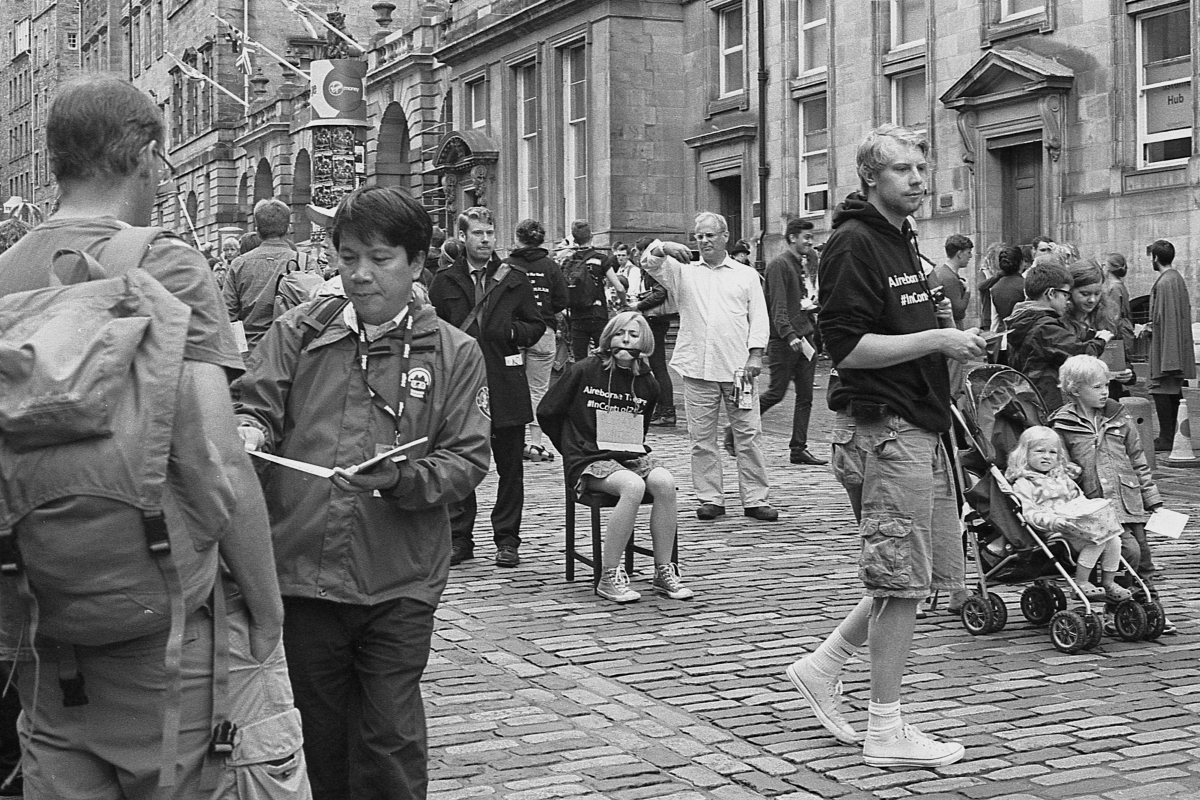 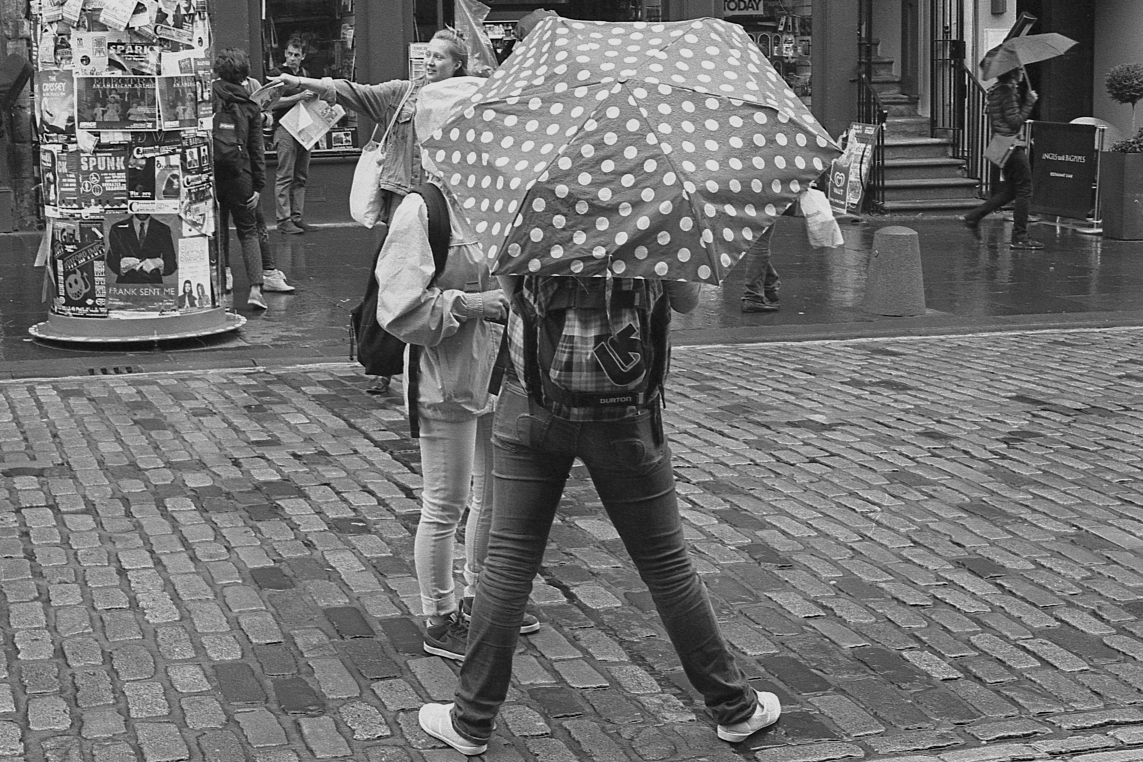 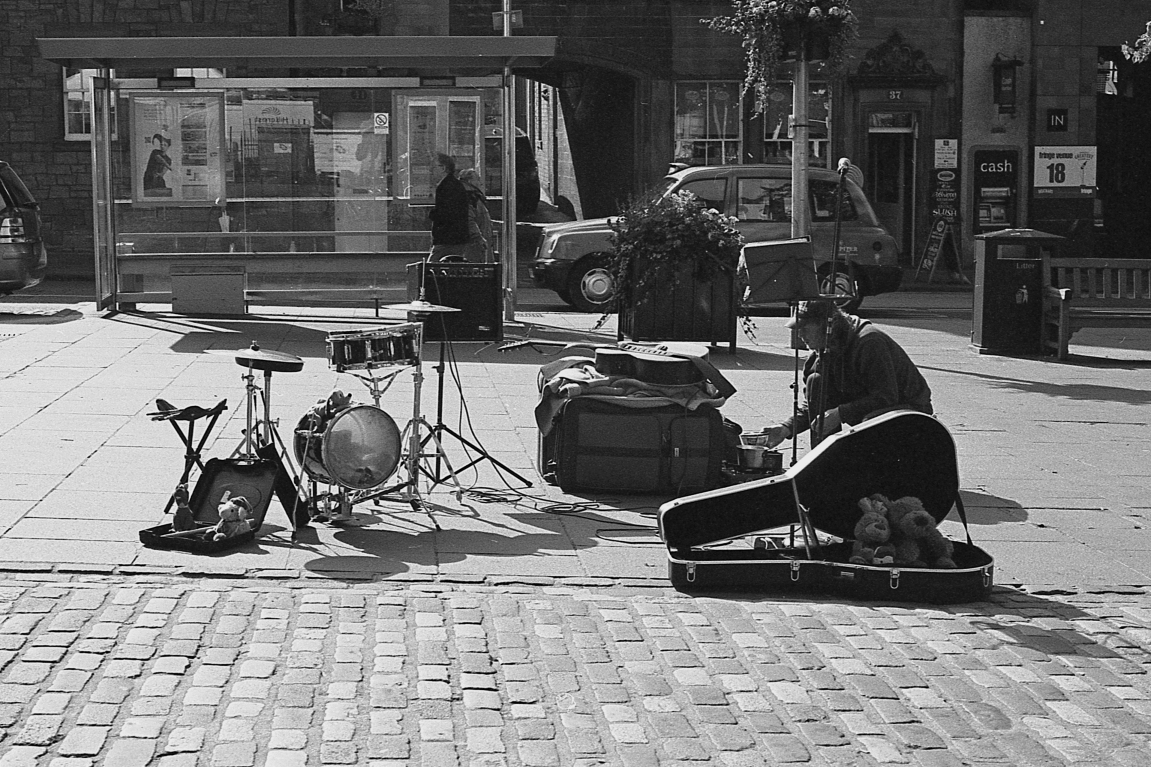 I waited around for a while, but the band didn’t show up. 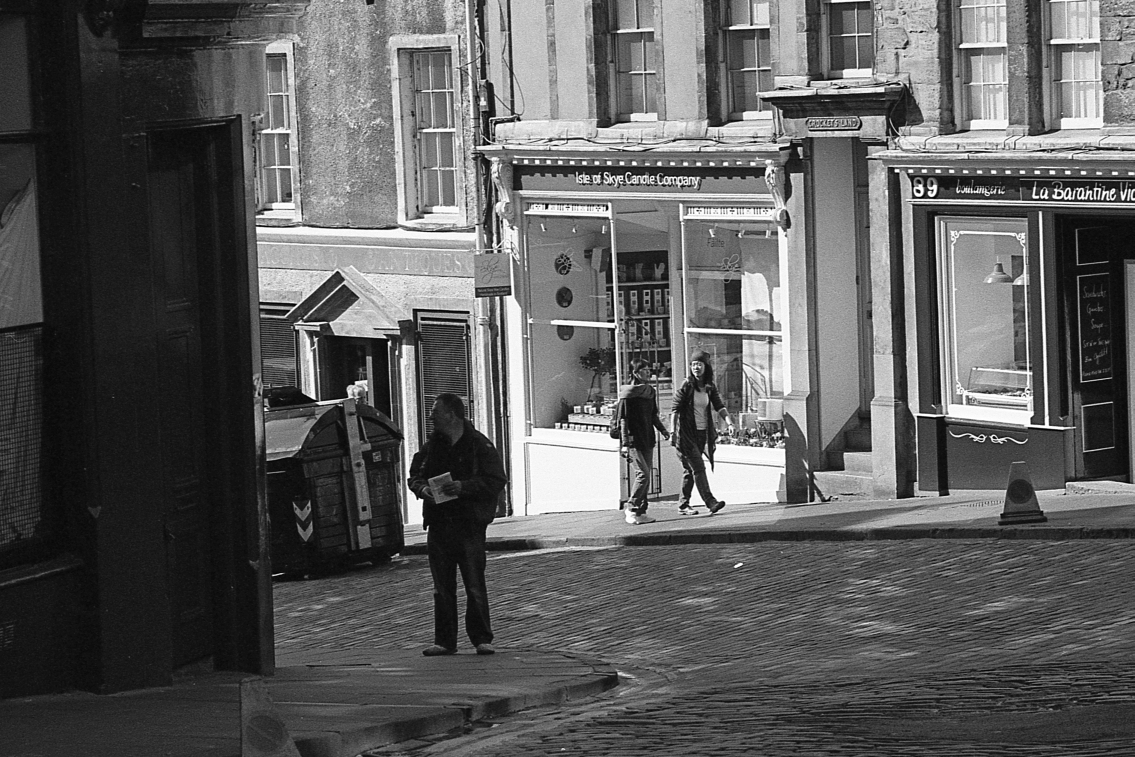 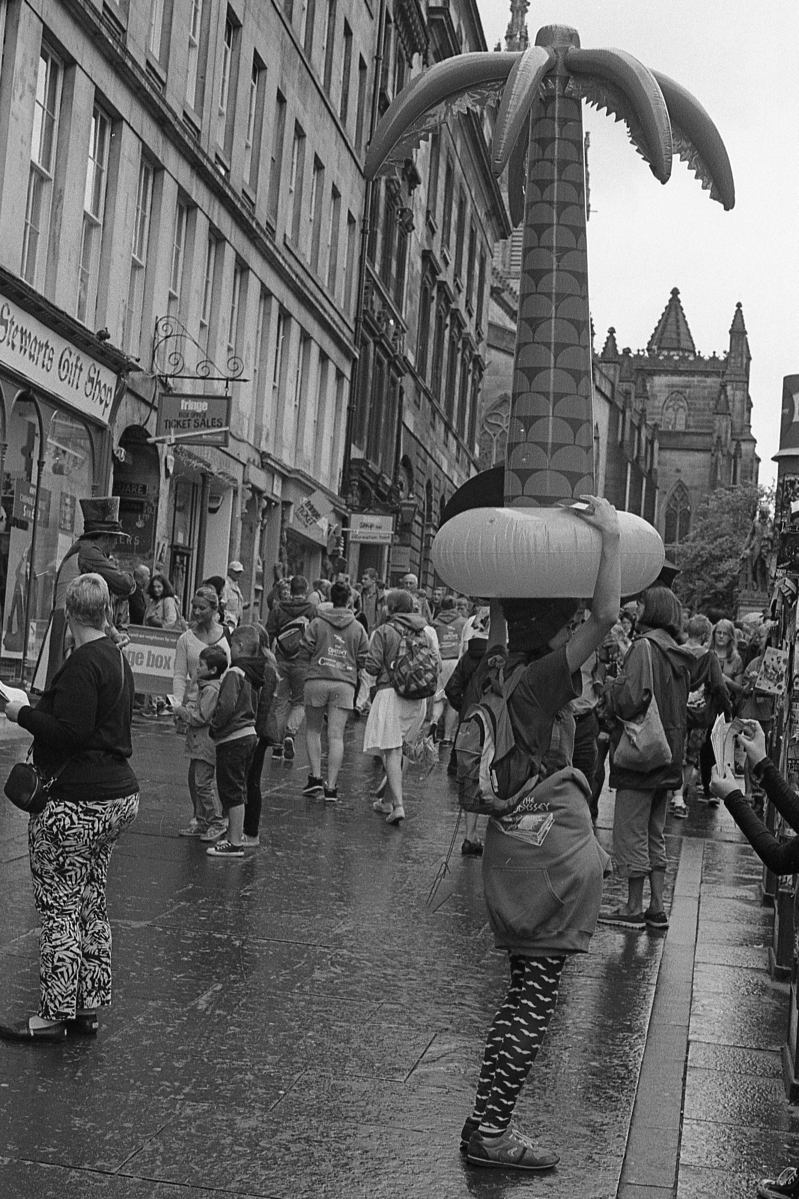 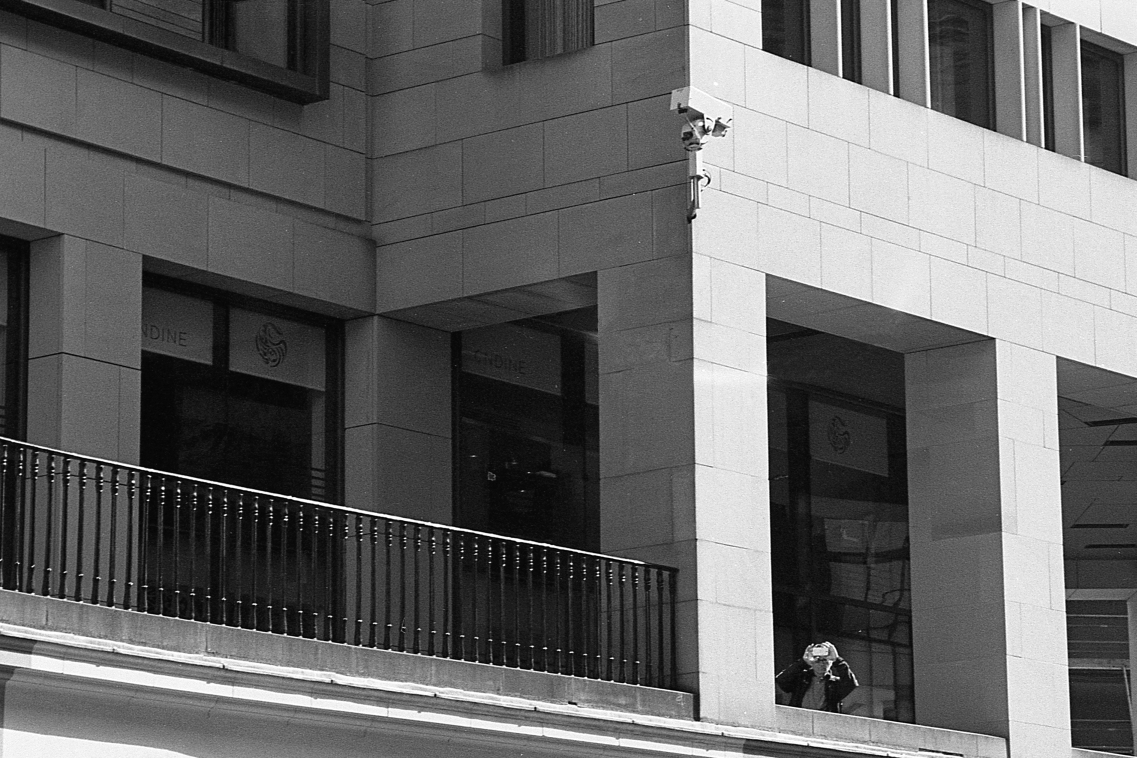 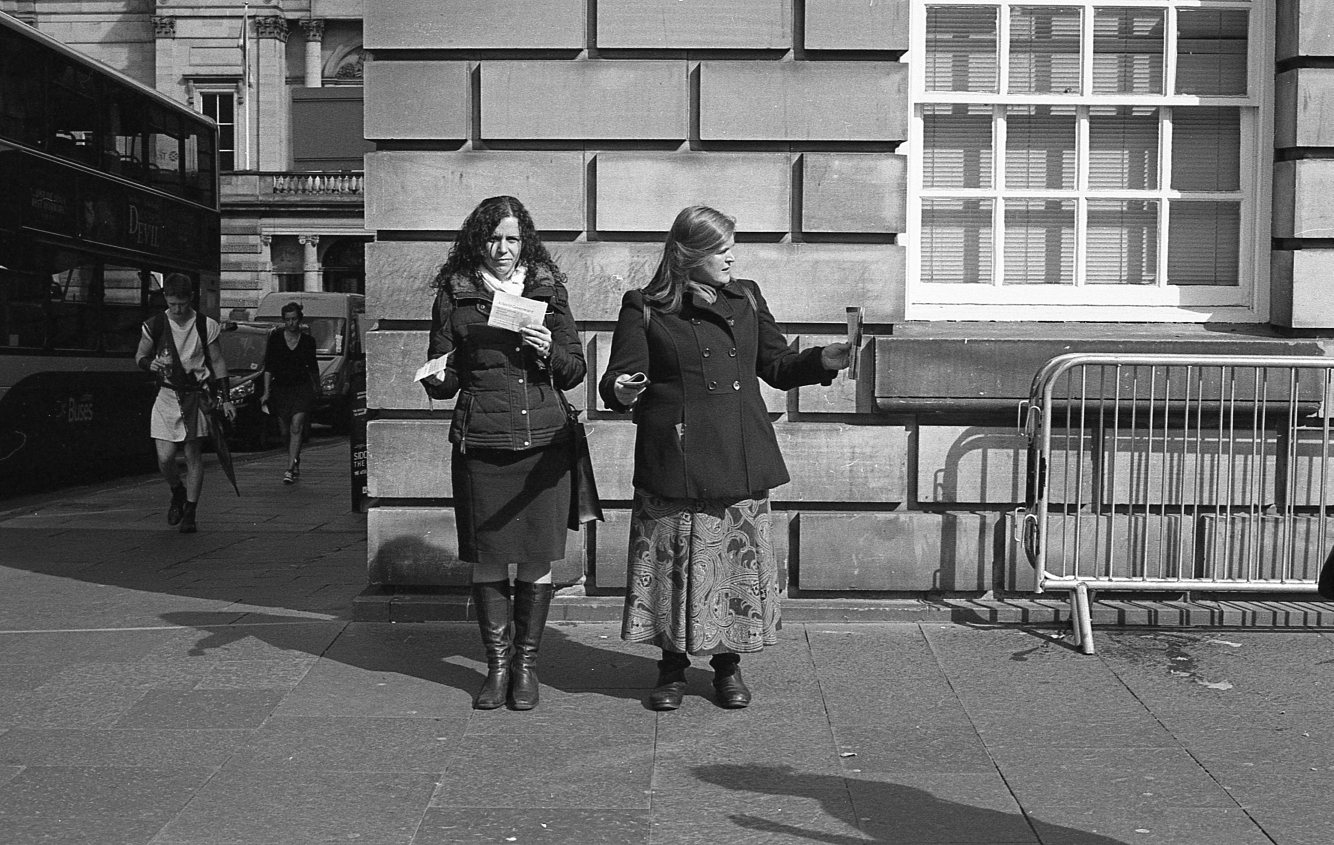 Handing out religious flyers, these ladies are from a church not a show.  Very strange, or clever. 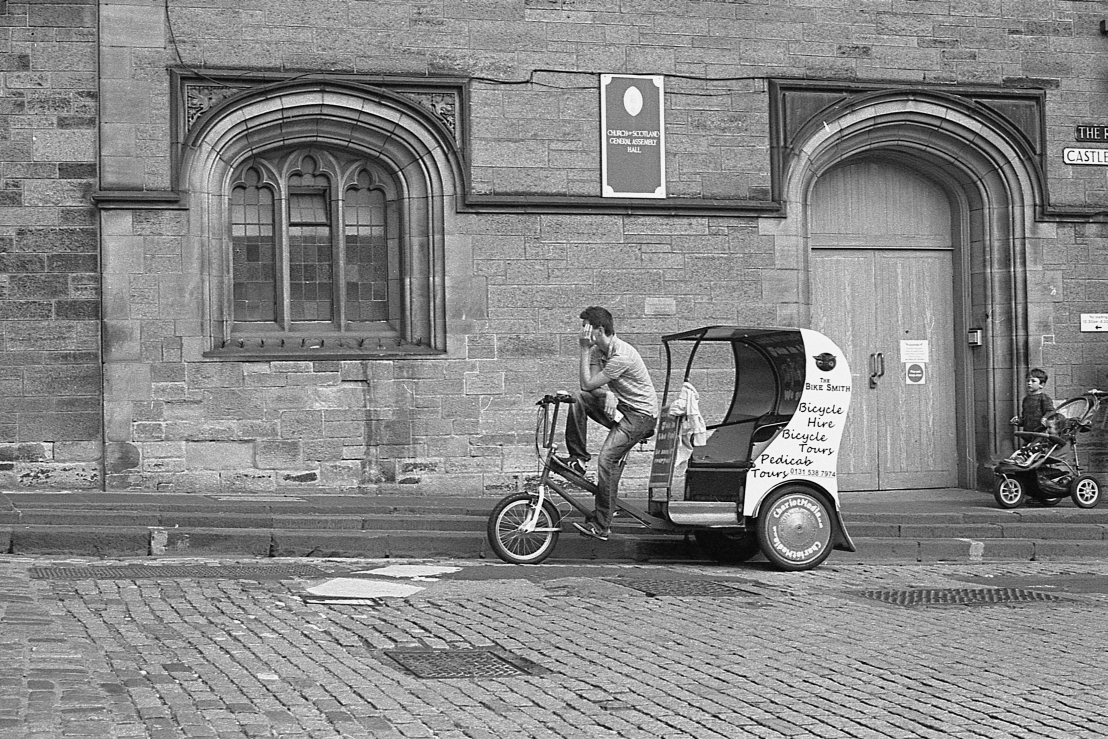 Be careful, these are not doctors!