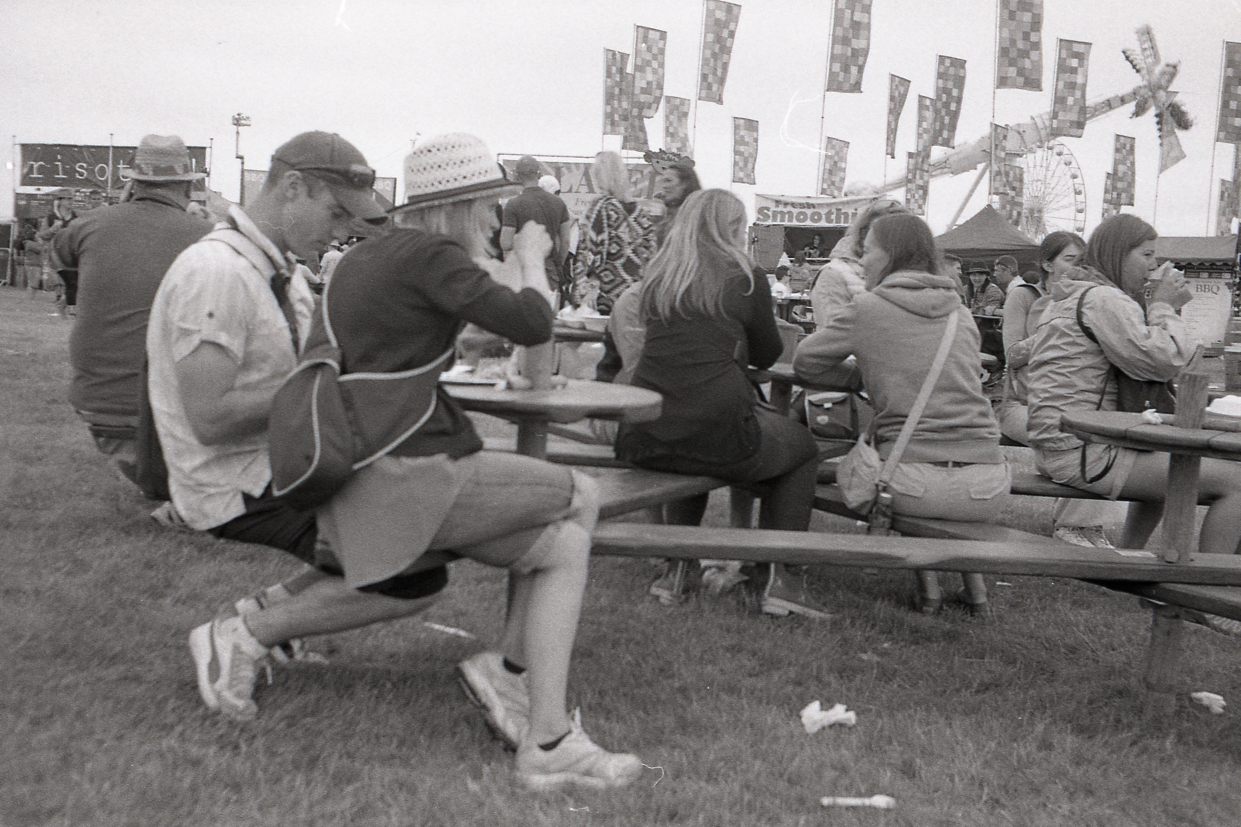 Welcome to an extra-long post, my project to photograph the T in the Park music festival this year.  I go every year and it’s something I’ve always wanted to do but never been brave enough – this year is different! 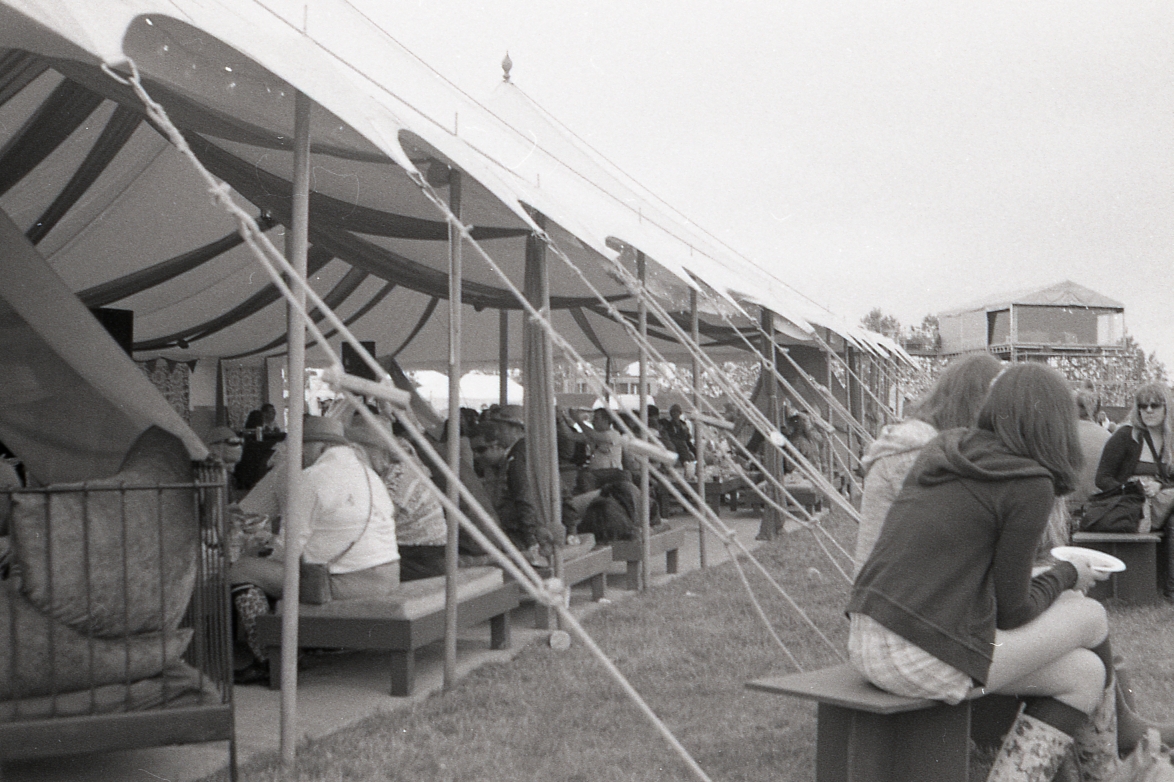 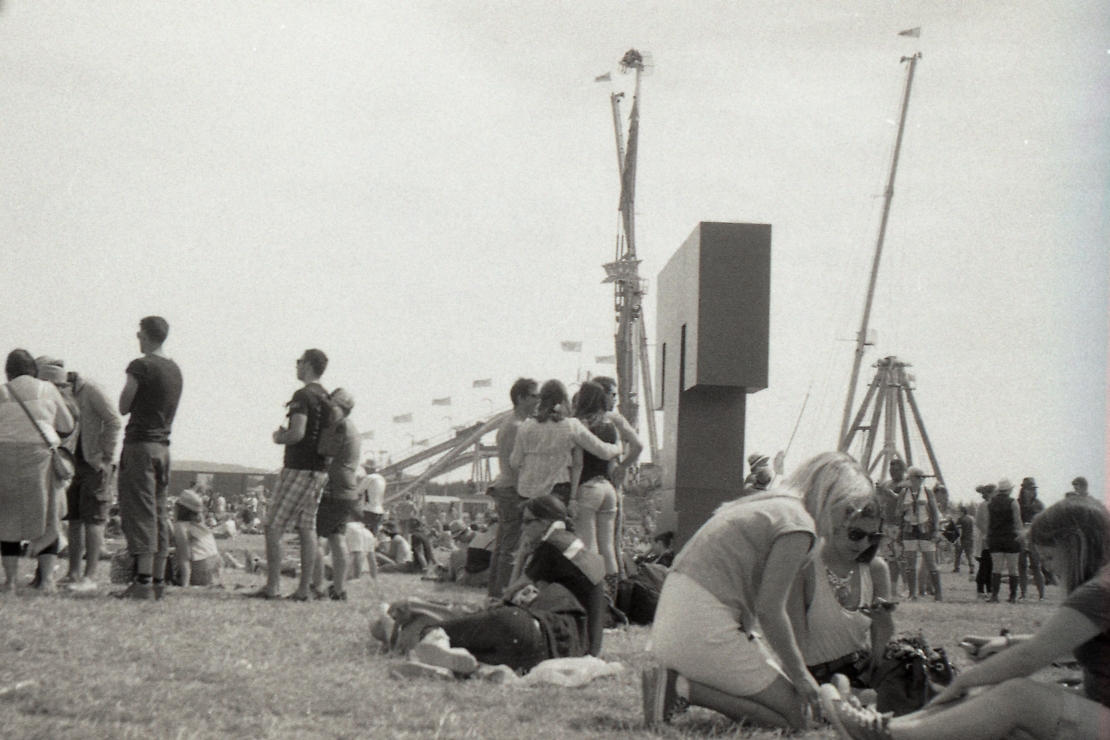 OK, maybe not that brave.  There’s no way I’d take an expensive digital camera to T, that would be asking for trouble.  This is Scotland after all, which usually means two things – drink and rain.  Me or others getting worse for the drink, and a whole lot of mud, is a surefire recipe for an electronic disaster. 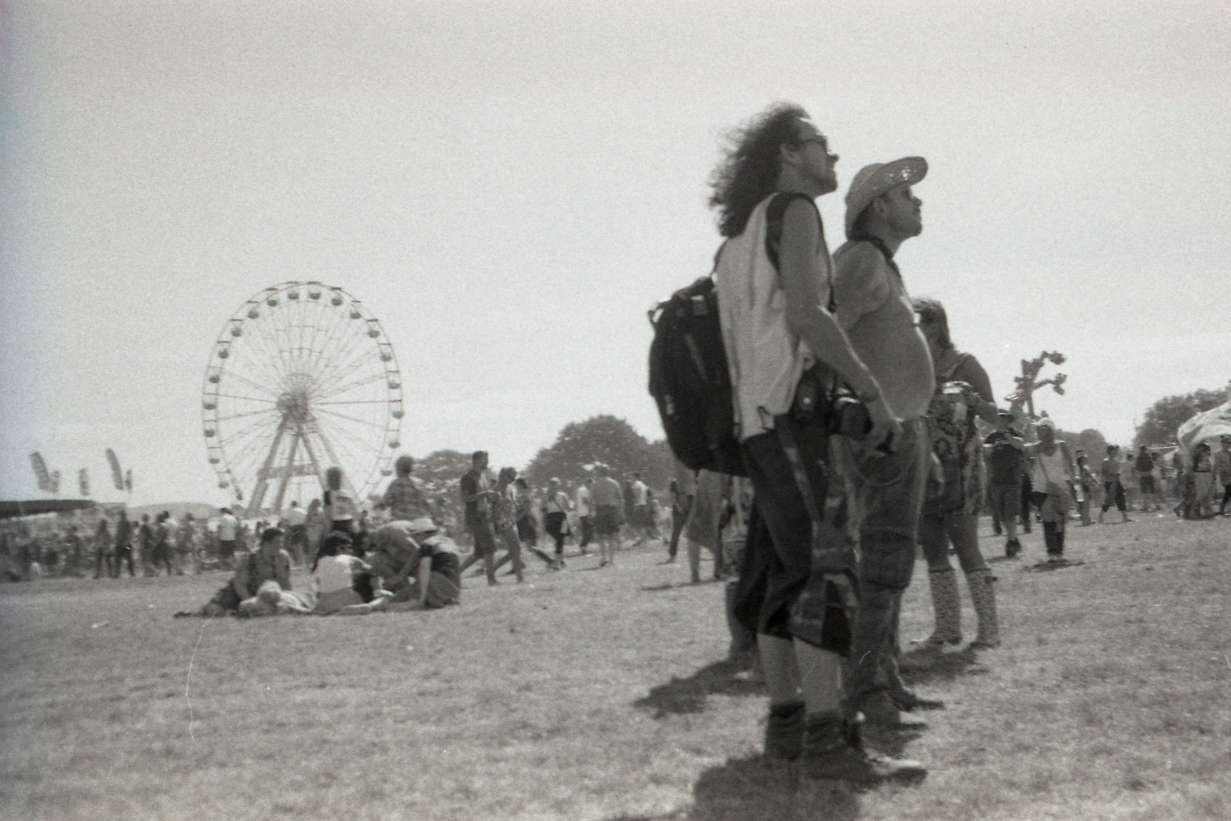 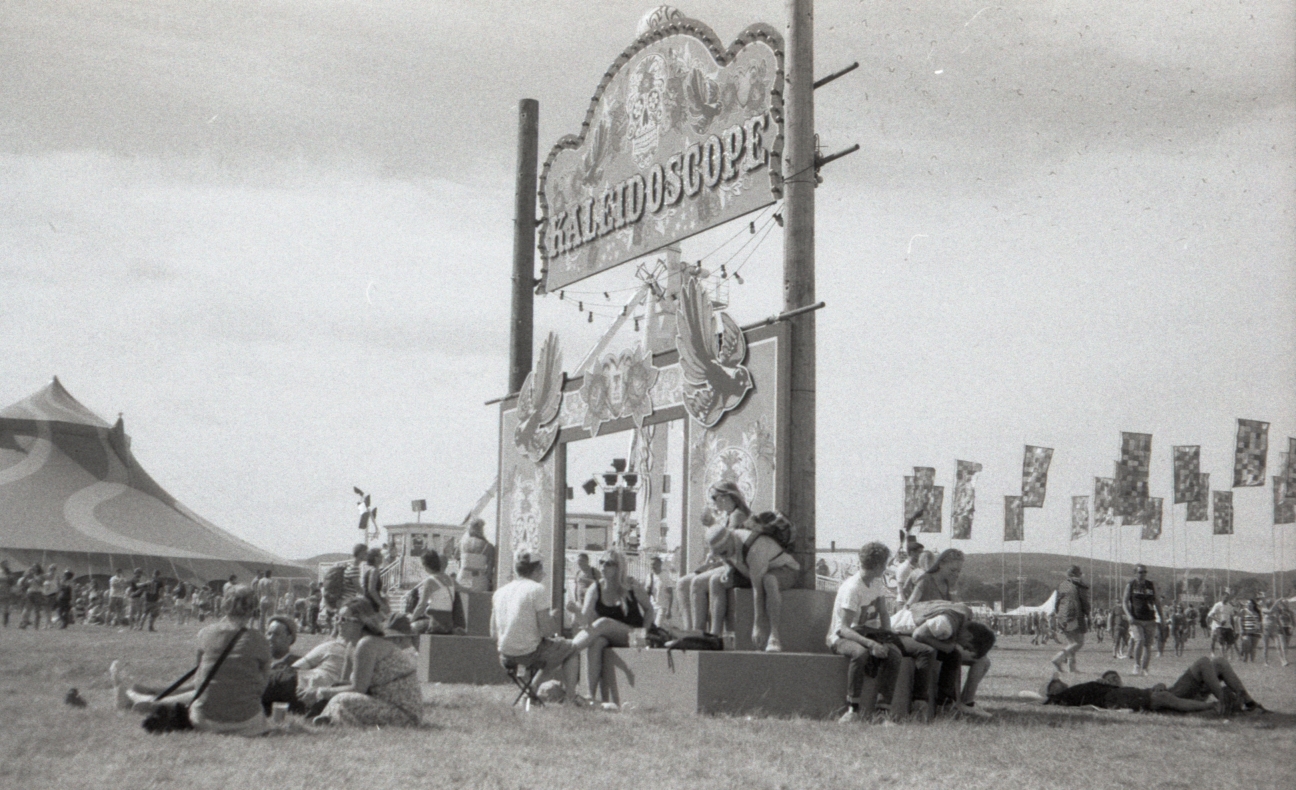 A solution was at hand though – the Olympus Trip 35.  Only a tenner from the charity shop, so no worries if it ended up lost, stolen or at the bottom of a muddy puddle.  Add to that a dash of trendy retro appeal and it was a no-brainer. 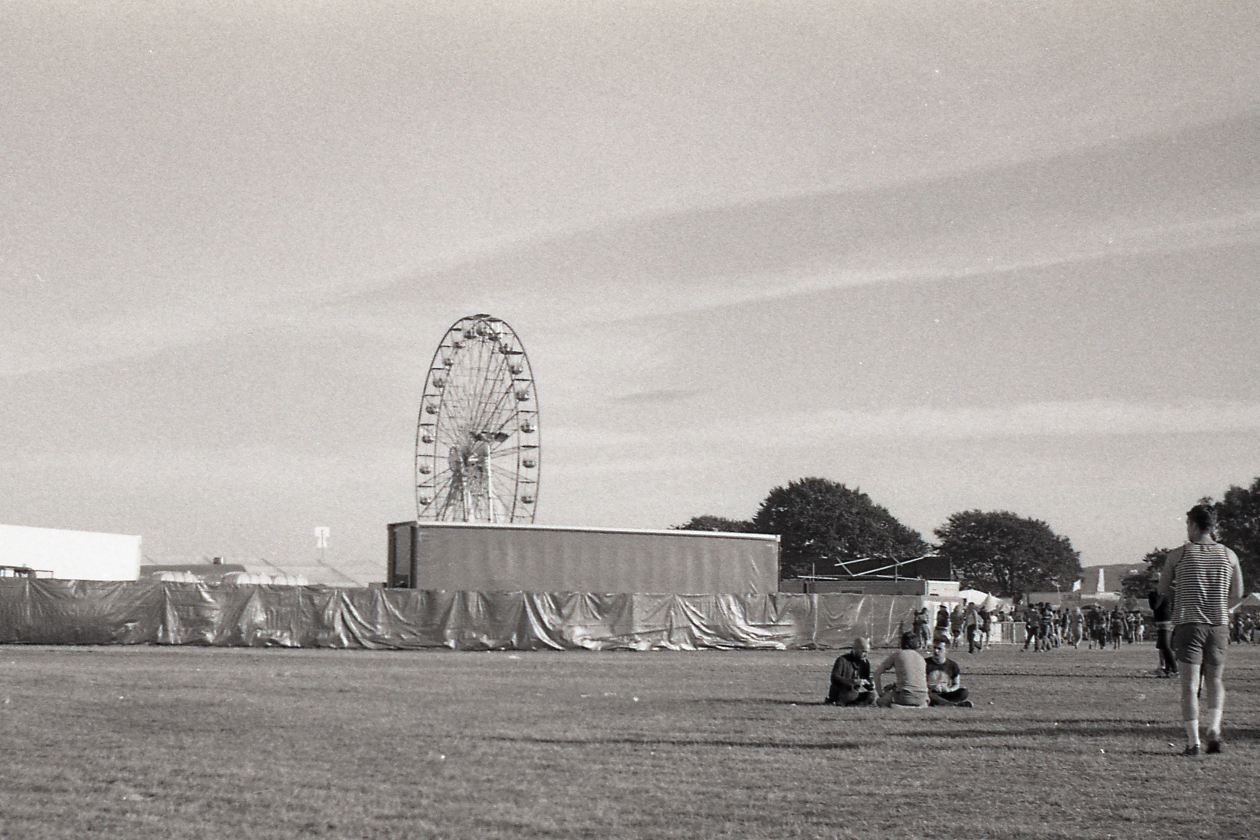 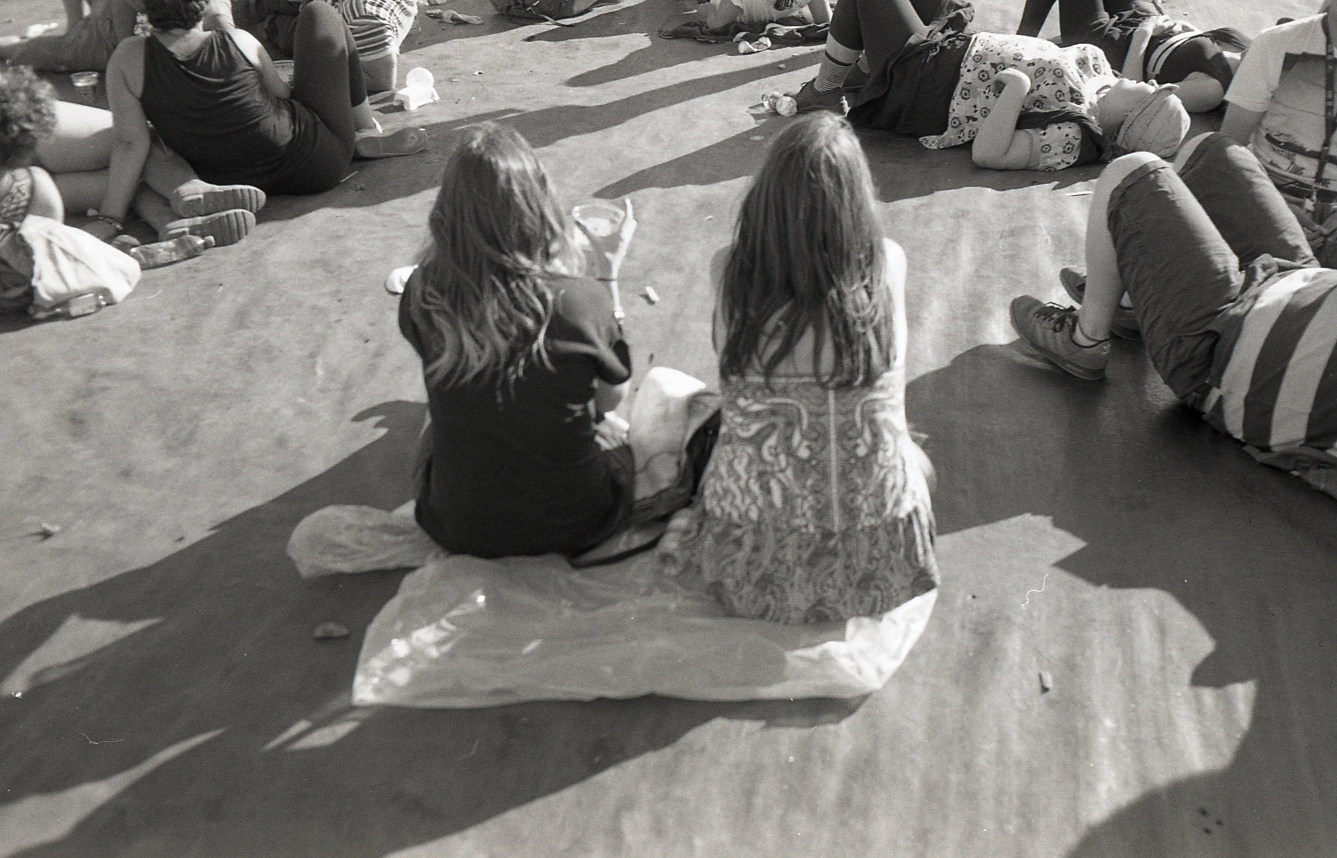 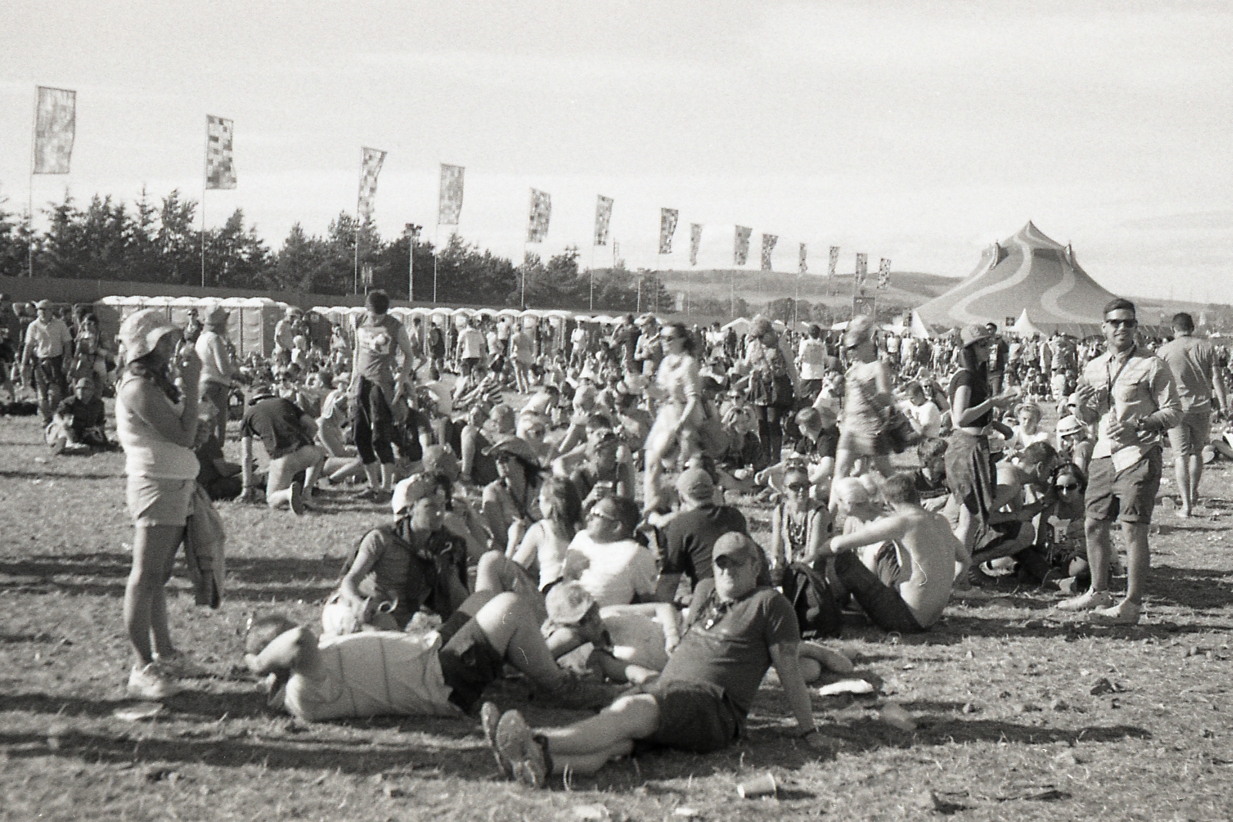 As it turned out the weather was gloriously hot and sunny – the problem was dust rather than mud.  The sunshine seemed to have everyone in a good mood too, so there was a distinct lack of aggressive wee neds that T is infamous for. 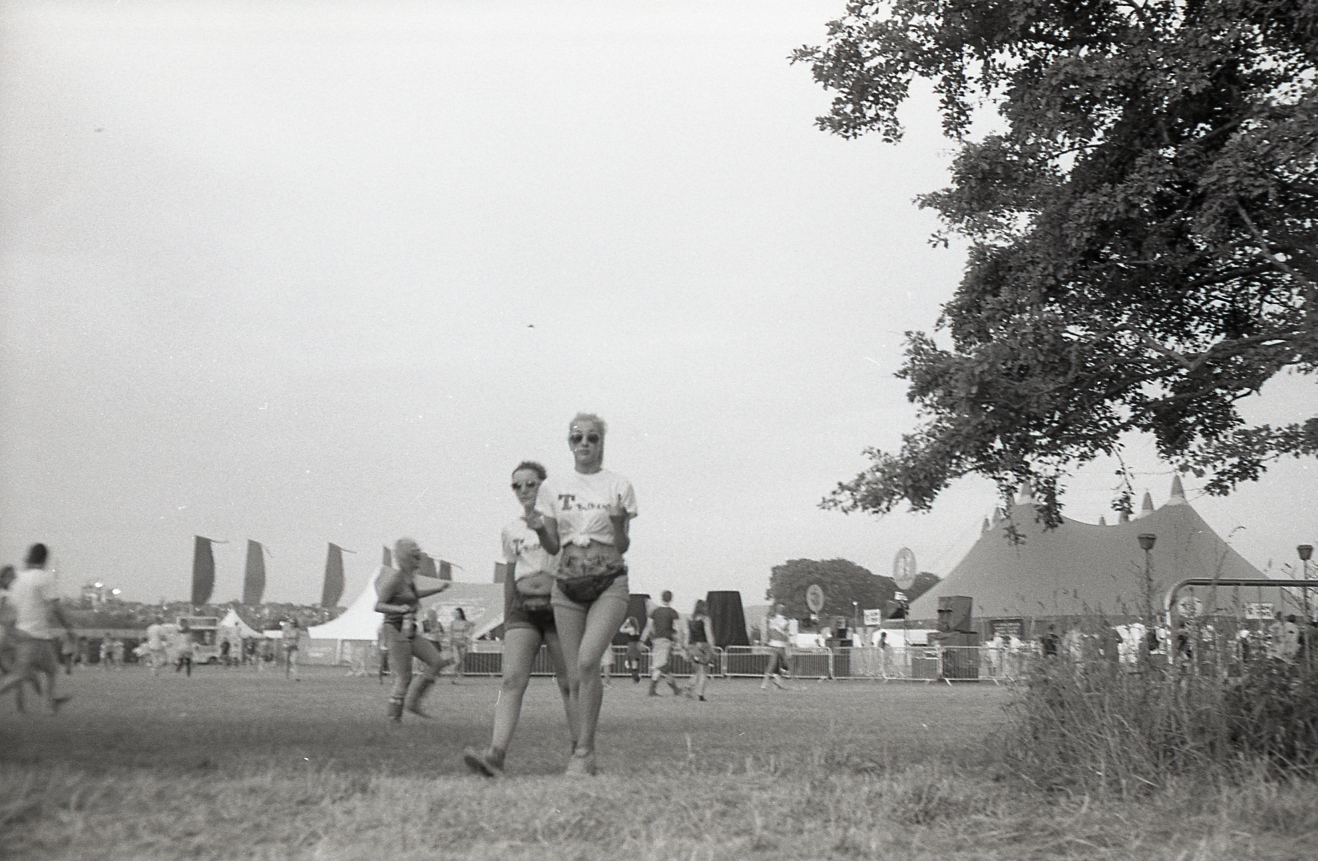 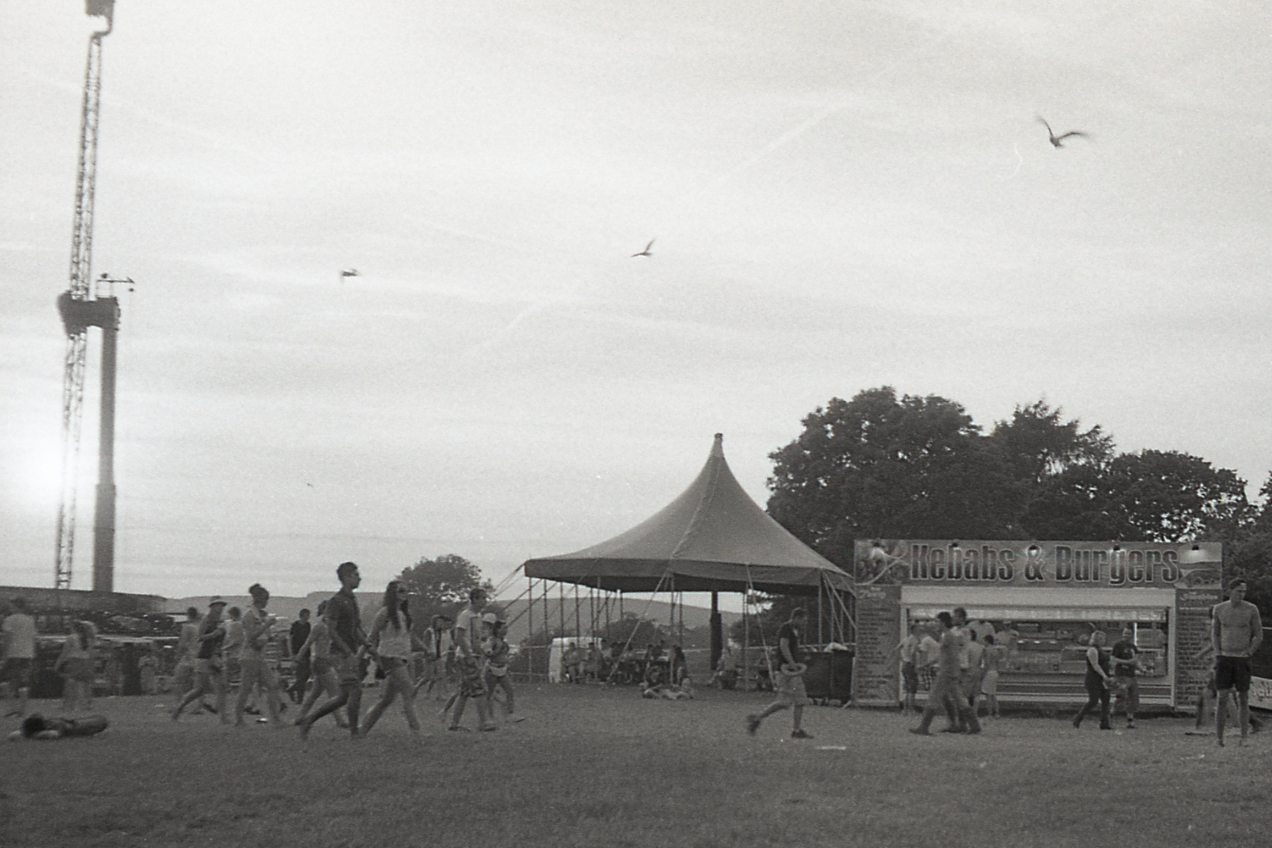 The Trip isn’t the best camera for this sort of thing, but I tried to work around the limitations as best I could.  There are only two shutter speeds, and a maximum aperture of f2.8, but the biggest drawback was the fact I was using film – do I load low ISO for the sunshine, or high ISO for the bands playing in the big tents? 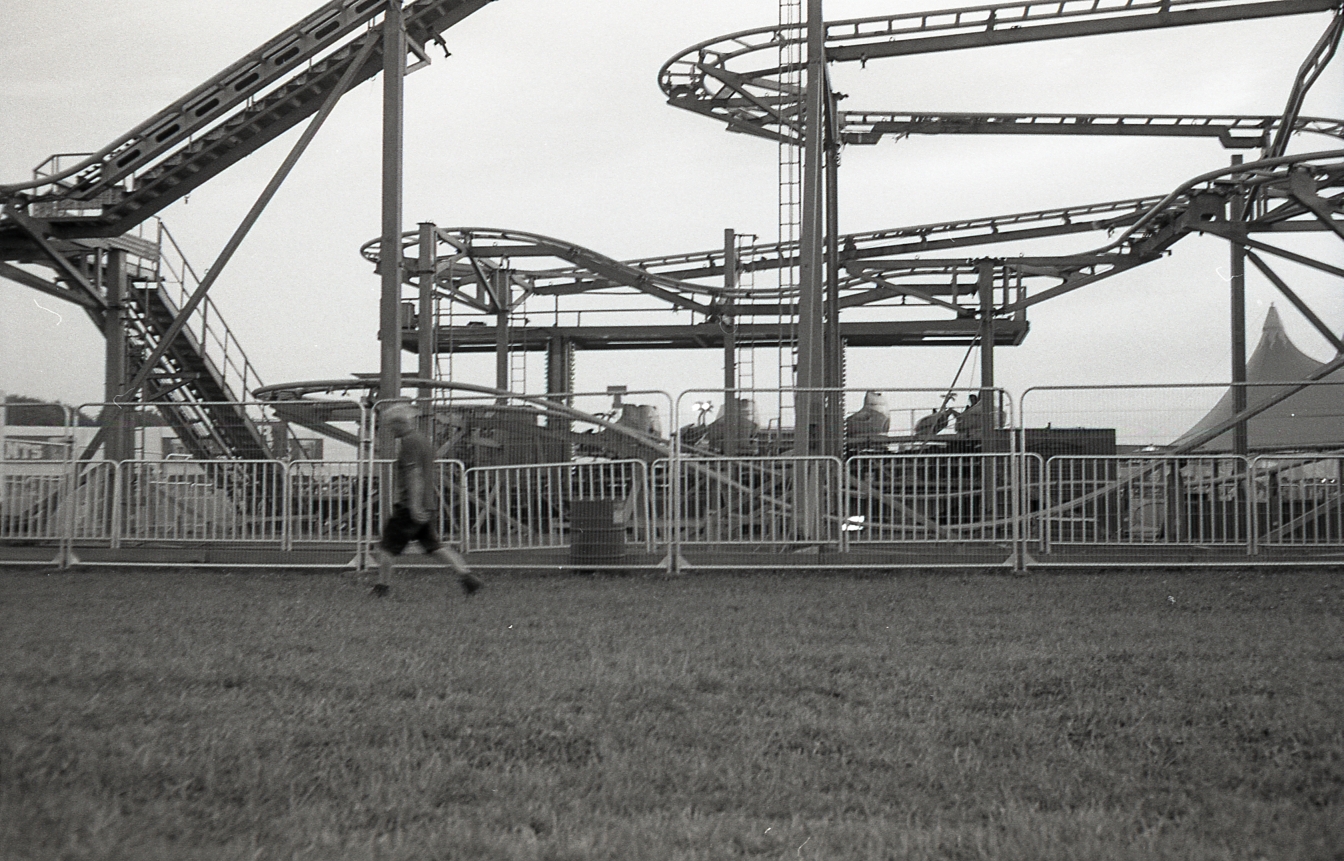 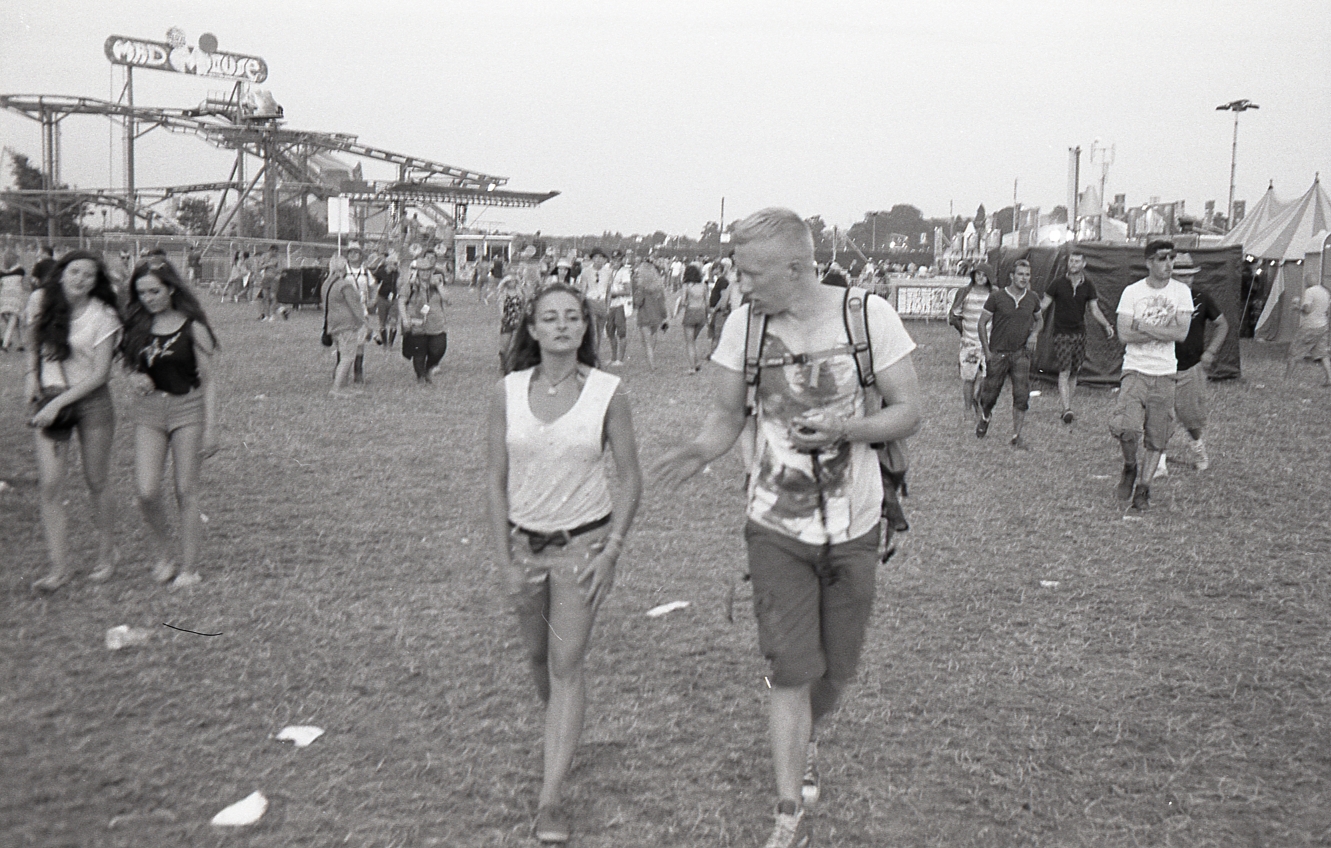 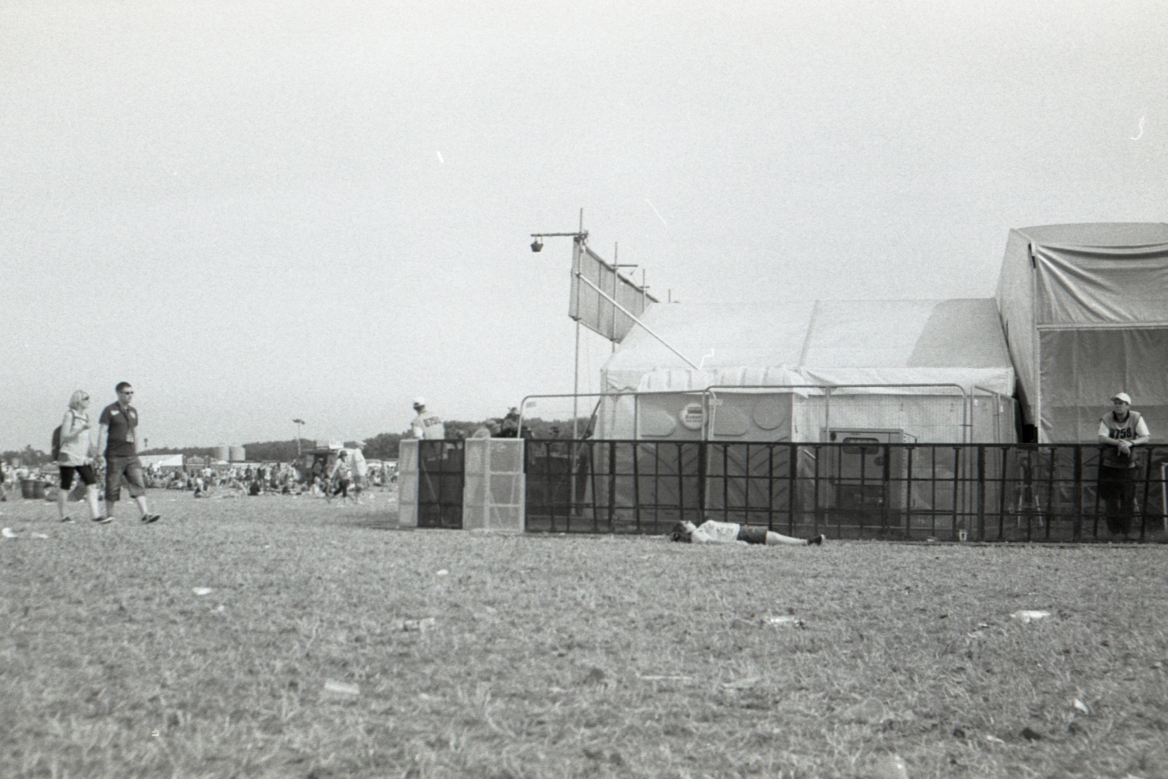 In the end I shot four rolls in total, not quite ‘photojournalist’ volume but quite enough for me, in between watching the bands and drinking of course. 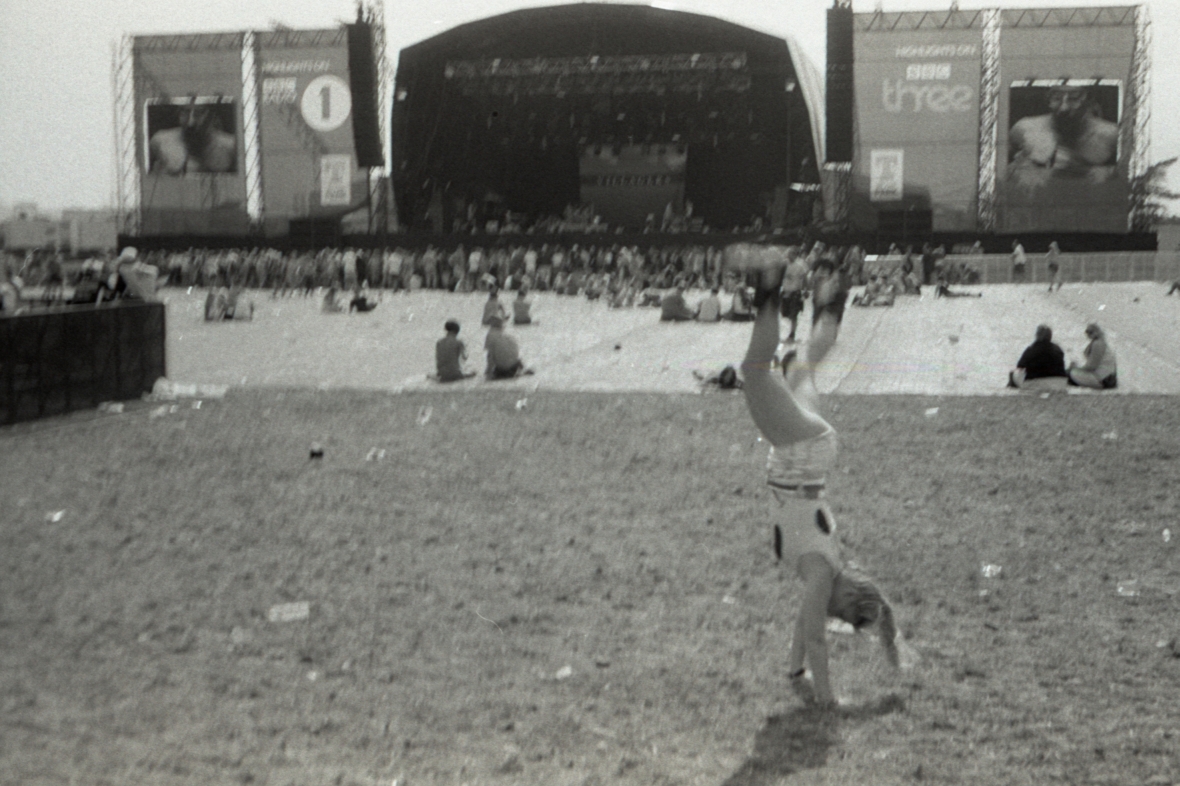 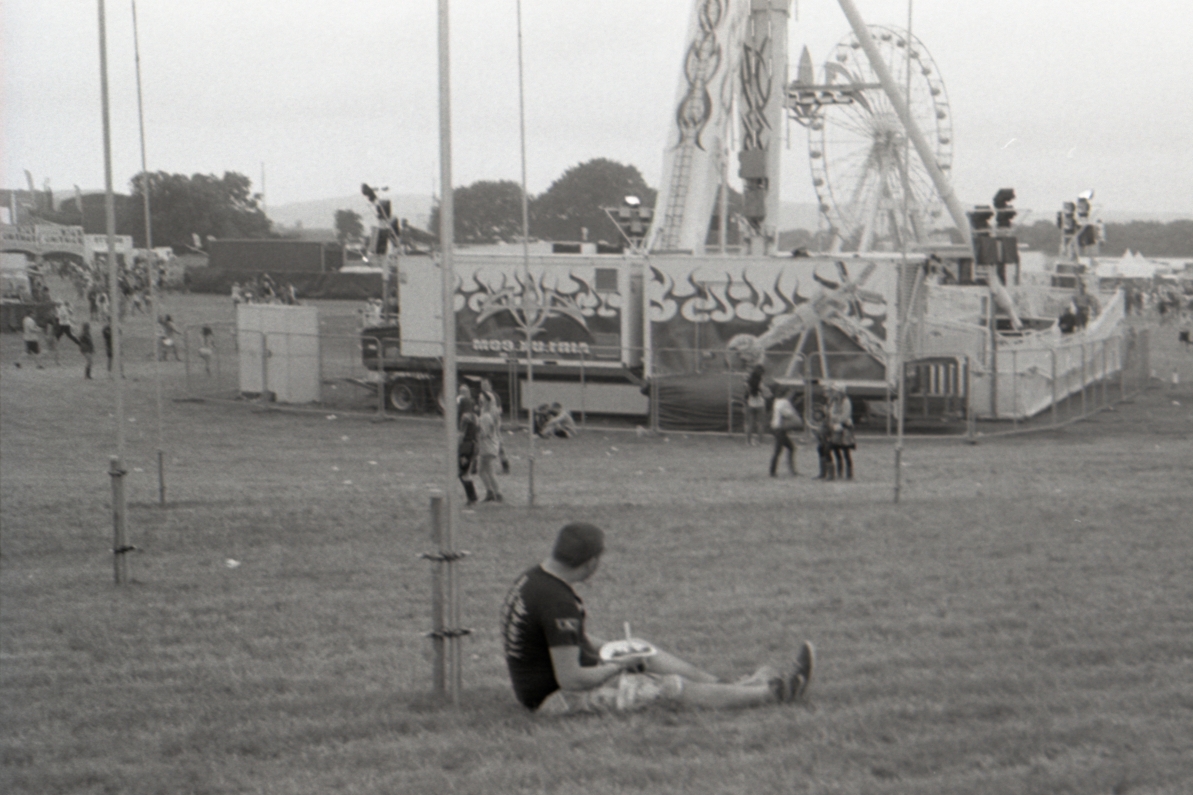 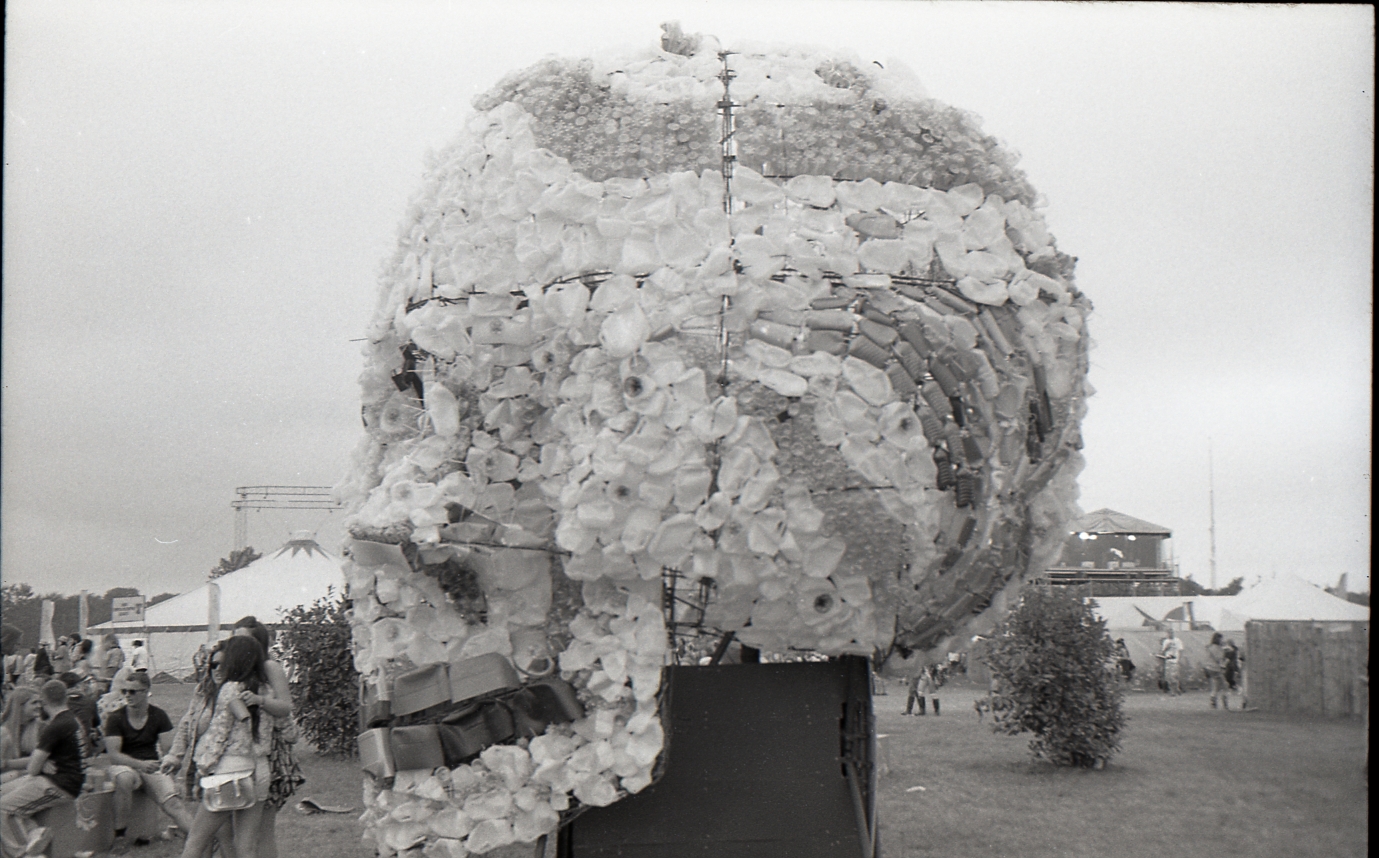 I’ve tried to go for the people-watching, ‘street’ style, of photo.  Nearly everyone who snaps away on their phone is usually pointing at the stage as the band is on.  I can only guess that’s a great memento for them, but I don’t really see the appeal.  However, the ordinary punter always entertains. 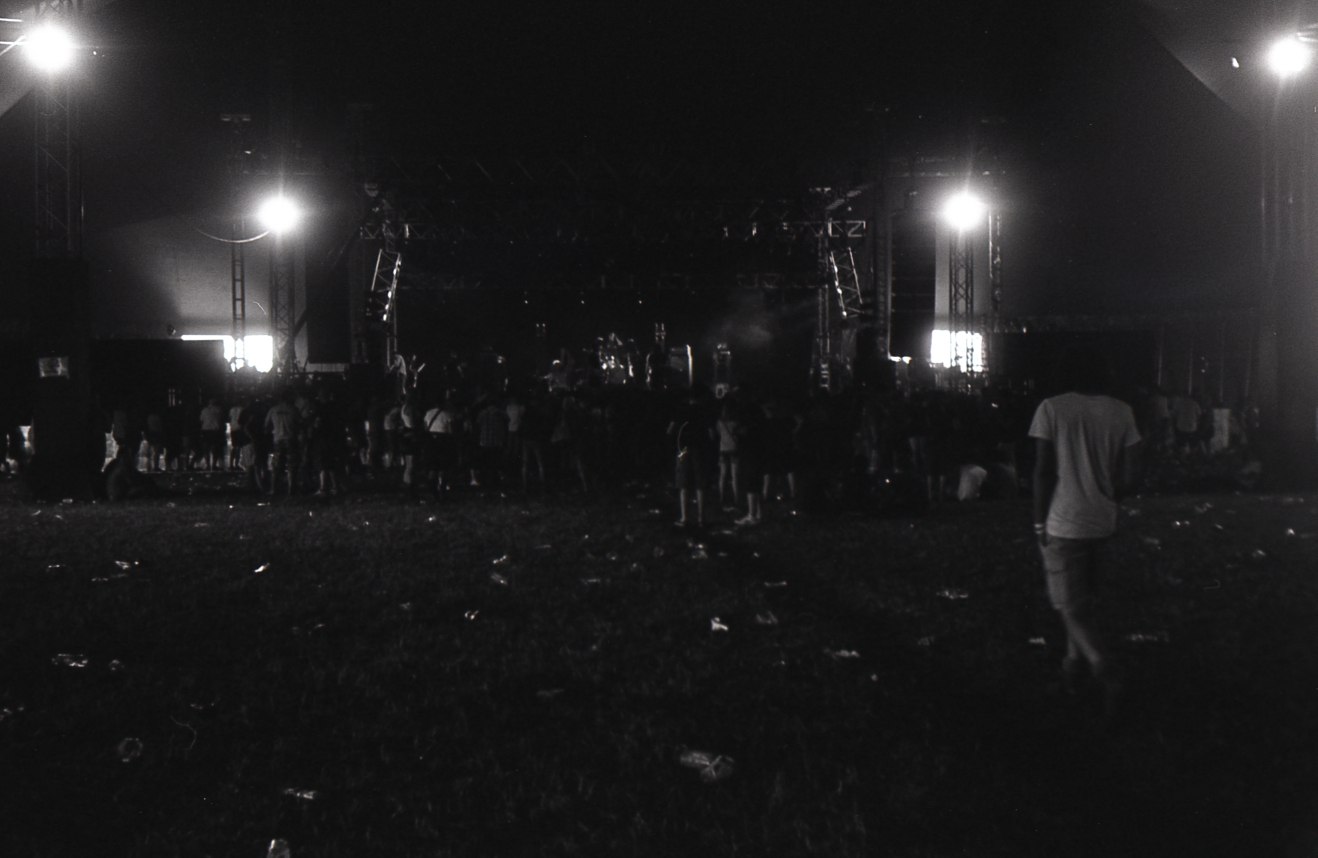 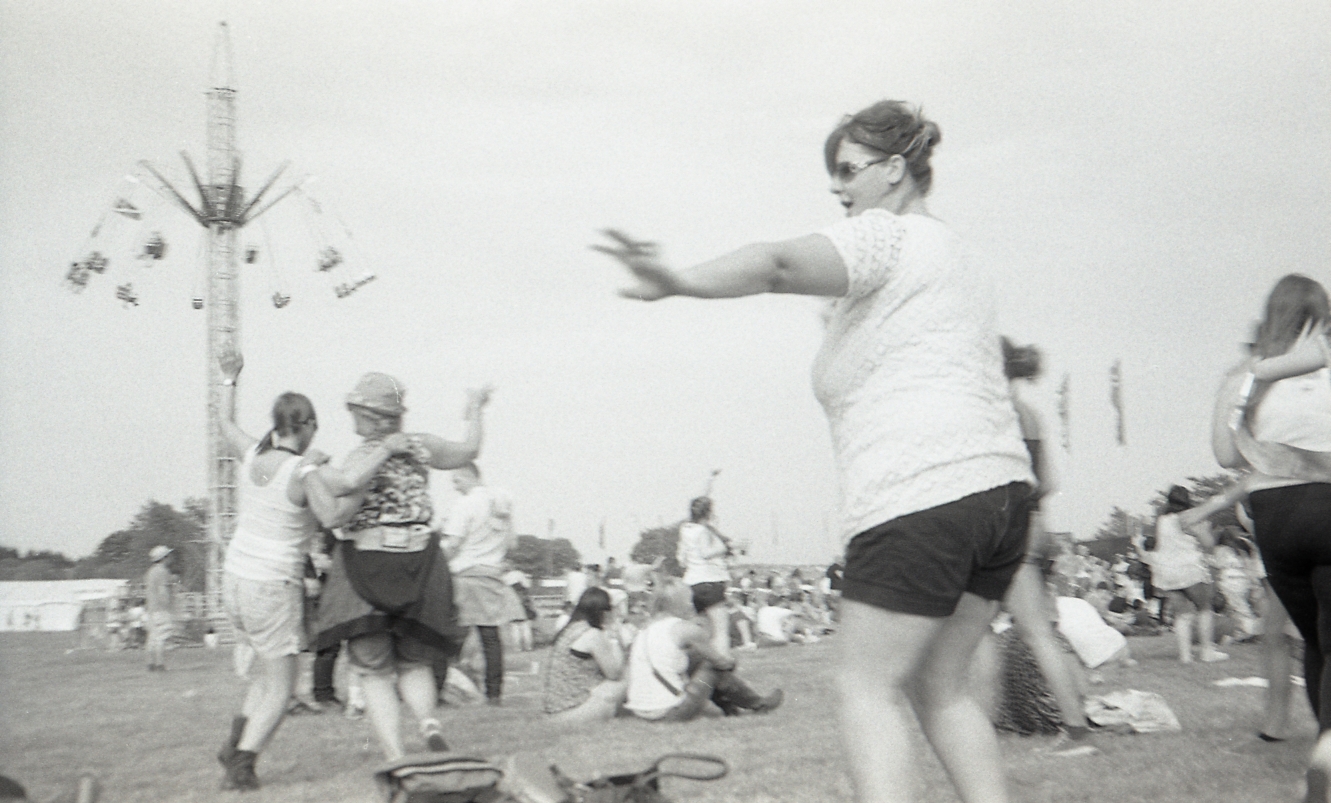 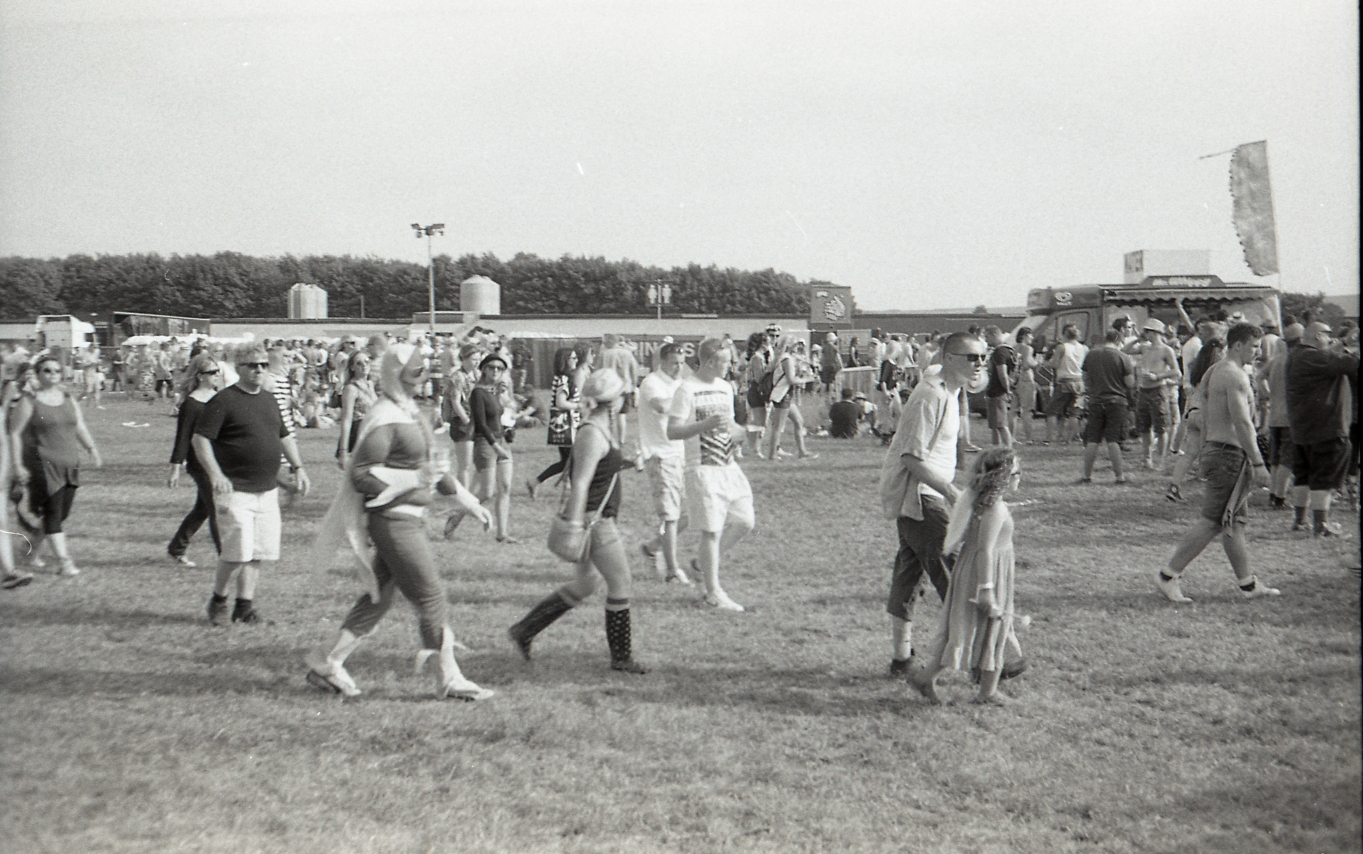 Twenty-three photos made the cut, with a little but of cropping for effect.  I’d normally cut this number back, but I had such a blast taking pictures at T I can’t resist including a lot more than I usually would. 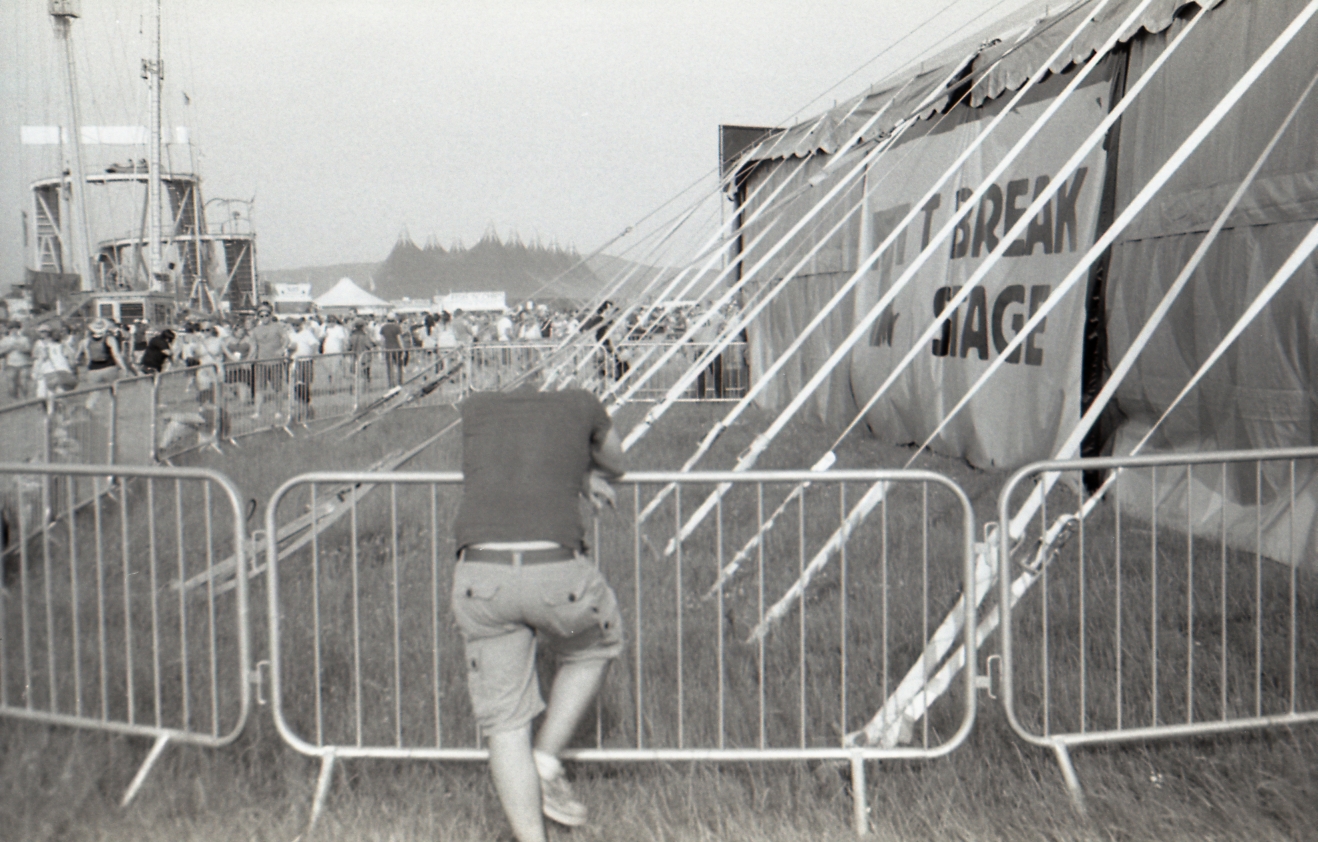 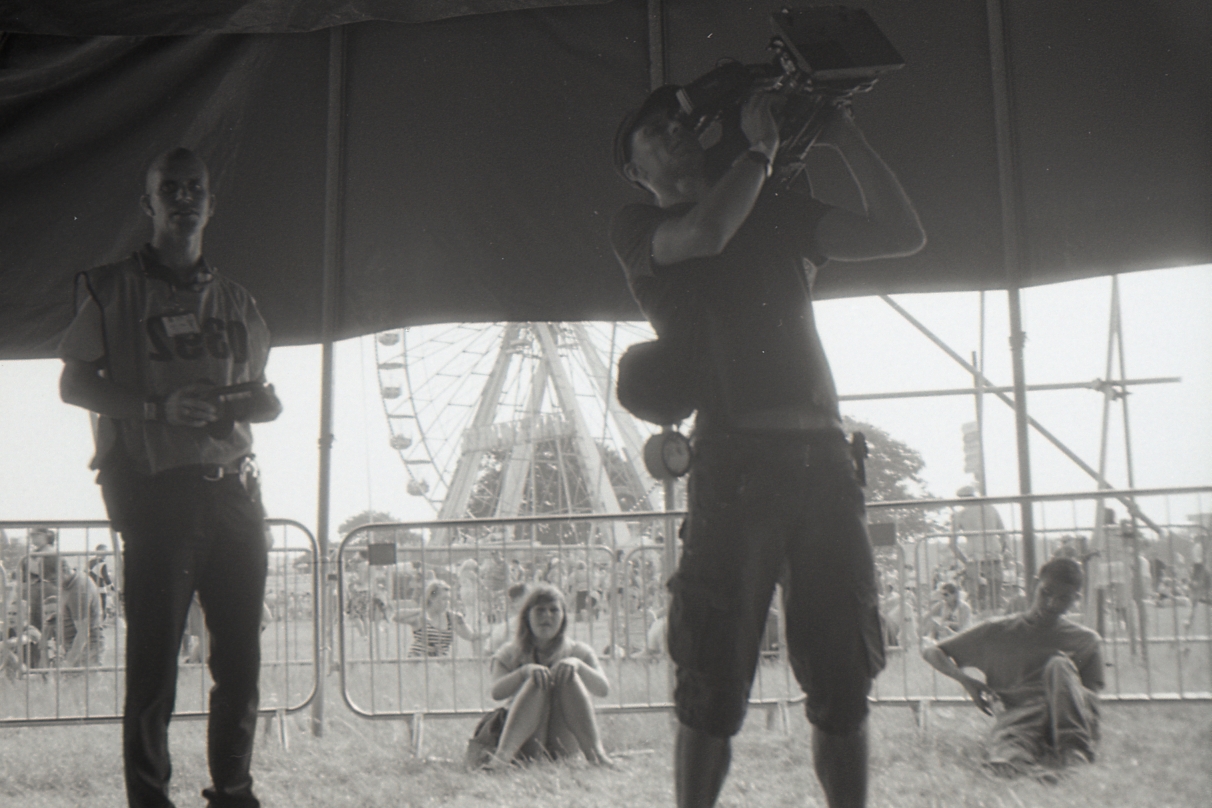 The only down-side?  Developing four rolls at once, with a one-roll capacity developing tank!  Long-winded, but still good fun. 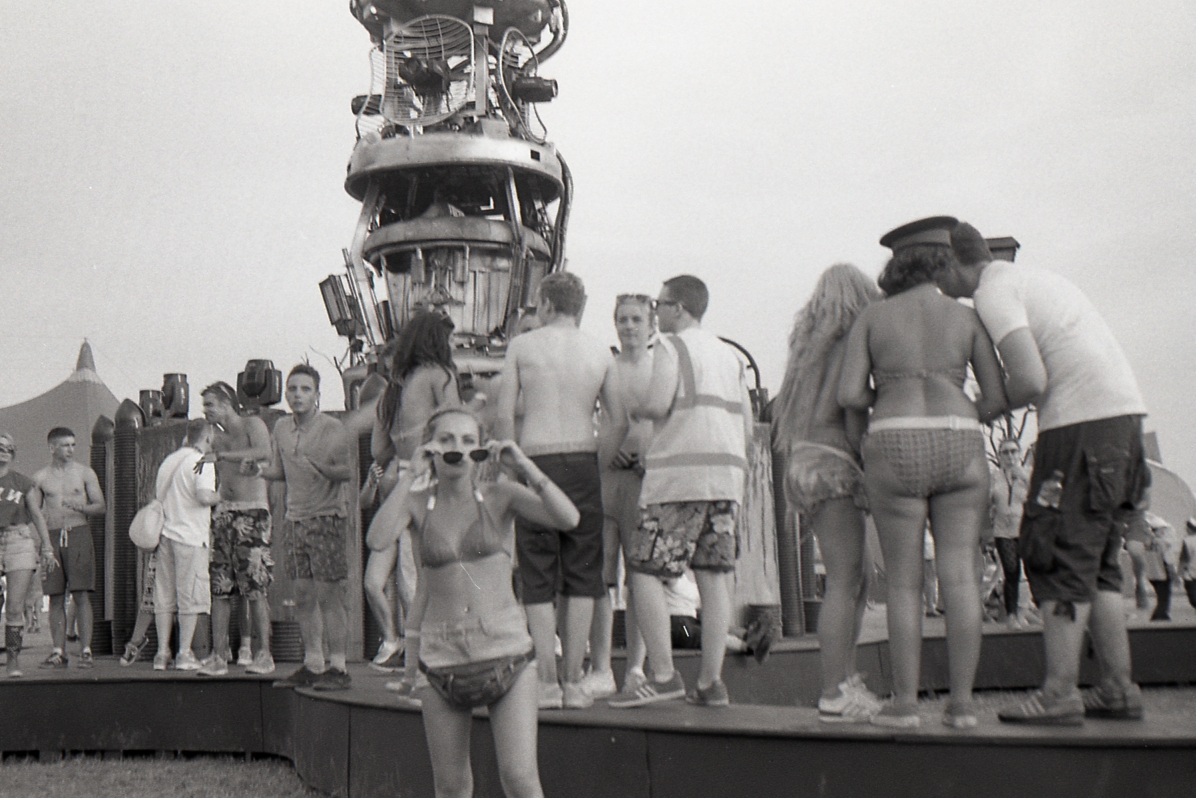 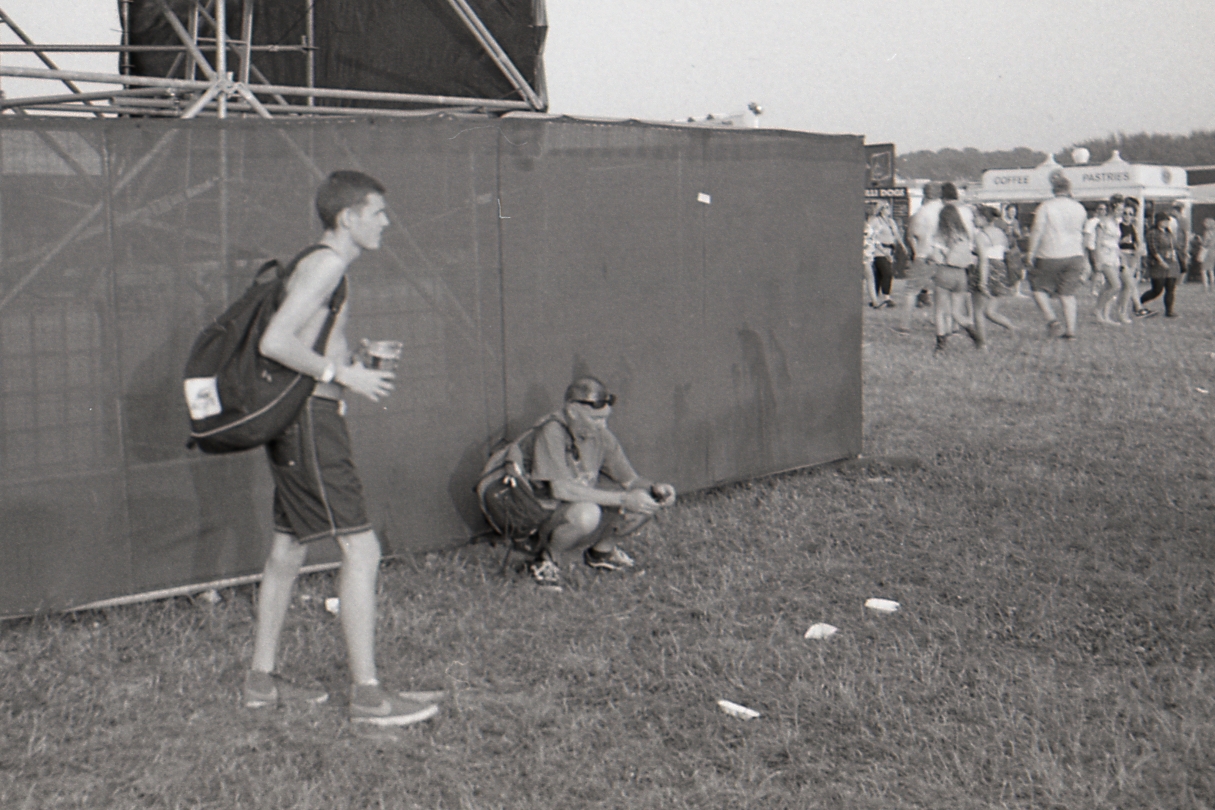 So that’s that, a great experience and even some good photographs too.  I spotted plenty of professionals milling about, carrying multiple SLR’s with long lenses, and I still couldn’t be bothered with all that hassle.  I’d much rather enjoy the music and banter with a wee pocket-sized camera.  Roll on T in the Park 2014!

This entry was posted in 35mm film, Black & White, Film developing, Olympus, Scotland, T in the Park. Bookmark the permalink.